CORRECTION: The print version of this story incorrectly switched the photos of J. Scott Adams and Robert King. This version has been updated to reflect the correct photos of both. 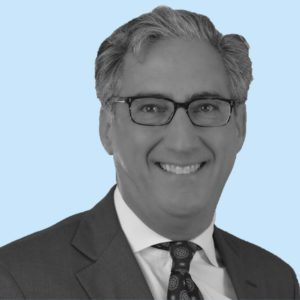 J. Scott Adams became president of Colliers | Virginia in 2002, when the company had 120 employees. Today, the Norfolk headquarters is approaching 400 employees, and Adams has been during this impressive growth.

Much of that success Adams credits to Colliers’ unique position as a regional firm under the umbrella of Colliers International. The company has the benefits of being an integrated part of a global industry leader, while also garnering regional trust and authority.

“We believe clients are best served from enterprising and creative locally based service providers who have access to the best resources and analytics nationally,” Adams says. “No other firm truly has both of those.”

Adams has more than 27 years of experience in the commercial real estate industry. Since 1993, he has led the negotiation and sale closings of $1.7 billion of investment sales, primarily in Virginia markets. Adams’ primary responsibility as president of Colliers | Virginia is leading the Colliers International brokerage and asset services teams to be the top performer in Southeast and Central Virginia.

Adams believes much of his success comes down to honesty, genuine care for the goals and dreams of his clients, and willingness to do what it takes to make things happen. “We are resilient and ambitious, regardless of the hurdles in front of us,” he says. “We are lucky to live in this region and this country, and we never forget what really matters—including making our community the best possible place for all of us to live.”

Adams is also proud to serve as national Board Chairman for The Honor Foundation, an elite career transition program for the U.S. Special Operations forces. 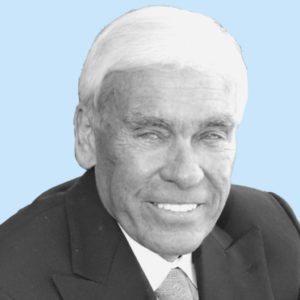 Ramon W. Breeden, Jr. founded The Breeden Company in 1961, just after successfully completing his first real estate venture: building and selling a home in the Alanton neighborhood of Virginia Beach. The firm has come a long way since that first development. The Breeden Company now comprises Breeden Realty, Breeden Construction and Breeden Property Management. It is now multi-nationally recognized, with nearly 60 years of expertise in every facet of the industry.

Breeden is quick to note the company could not have come this far without a dedicated, capable team.

“You can’t do it all yourself, so you hire good people. You try to recognize in people the qualities that can get you to a different level,” Breeden says.

The Breeden Company’s portfolio now includes more than 15,000 apartments, over 2 million square feet of retail and office space, and an additional 1,700 residential homes. In the last five years, the company’s real estate investments have totaled $490,000,000.

Breeden attributes much of The Breeden Company’s success to its shared intrinsic values of integrity, honesty and the organization’s signature standard of quality. These were the values upon which Breeden founded the company, and they are the values that have led him to where he is today.

“You don’t reach this point in life unless you’re honest and sincere in dealing with people, and you keep your word. You do what you say you’re going to do,” Breeden says. “I’m not really any different from who I was 20, 30, 40 years ago. Same drive, same initiative.”

Breeden currently serves as a member of the board of directors for the Hampton Roads Military and Federal Facilities Alliance, and the Virginia Beach Education Foundation. 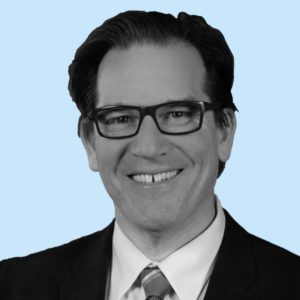 Wynkoop Realty Group prides itself on being a boutique real estate firm with a strong grasp on the local market. Wynkoop is the sole commercial agent, although the company does house other residential agents.

“I love representing tenants and buyers, and I’ve built a lot of these great relationships over many years,” Wynkoop says. “We’re a client-driven, client-first business.”

In addition to tenant representation, Wynkoop also has a strong track record of representing buyers looking to purchase investment property. In 2016, he closed over $24,000,000 in investment sales transactions.

While Wynkoop has created his own style and niche in the commercial real estate world, he attributes much of his success to the lessons he learned working at S.L. Nusbaum.

“They do things the right way there, with integrity and respect. I attribute much of how I operate my business to what I learned at S.L. Nusbaum,” Wynkoop says.

Wynkoop also credits much of his success to the strong relationships built with his clients over the years.

“When the client wins, we win. This is a small market with a lot of word-of-mouth referrals—if you do a great job for someone, the phone rings,” Wynkoop says.

Wynkoop was voted Best Commercial Real Estate Agent in CoVa BIZ for 2017 and 2018. 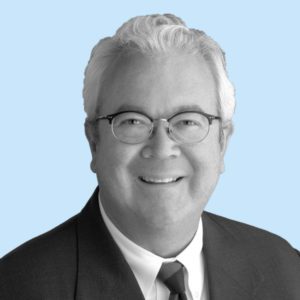 King began his career at Harvey Lindsay in 1978, leasing shopping centers for individuals, private partnerships and institutional clients. In 1985, he became president of the Retail Leasing Team. In December of 2019, King took over as president of the company after his brother, William King, stepped down from the role. The brothers had both been employed with the company for more than three decades.

King says the company’s dedication to taking care of its clients is the cornerstone of its success. Many of Harvey Lindsay’s clients return again and again, and their loyalty is a testament to the company’s thorough approach to commercial real estate.

King has an extensive client base of merchants for whom he has sold real estate, brokered lease transactions and provided leasehold disposition services. Some notable merchants include Virginia’s ABC Stores, Dollar Tree, Food Lion, Kroger, Planet Fitness and Wal-Mart.

King is a longtime member of the International Council of Shopping Centers. 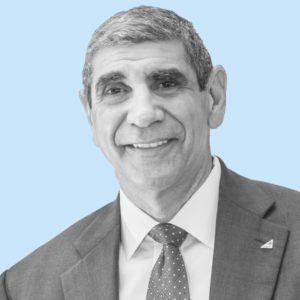 Under Haddad’s leadership, Armada Hoffler became one of the largest commercial real estate companies in the state of Virginia. It has participated in more than 25 public-private partnerships, including the Town Center of Virginia Beach.

In 2013, Haddad led the company’s initial public offering. Since then, Armada Hoffler has developed over $800 million of new projects, and its operations span across seven mid-Atlantic states.

Armada Hoffler boasts a diversified portfolio of properties, ranging from office buildings and retail centers, to apartments and student housing.

“This, combined with our geographic reach over several mid-Atlantic states and the in-house ability to develop and construct a wide variety of structures, gives us an important advantage,” Haddad says.

Haddad says the company unequivocally owes its success to the talent, determination and loyalty of its staff. Despite rapid growth over the past few years, employees still average nearly a decade of service to the company. “This familiarity and experience make for robust institutional knowledge and savvy decision making at all levels.”

Along with his wife Mary C. Henninger, Haddad founded the Louis and Mary Haddad Foundation, which seeks to improve the lives of disadvantaged and at-risk children. In 2019, Haddad was appointed to the University of Virginia Board of Visitors by Governor Northam, and he was recognized in Virginia Business’ Power List in 2020. 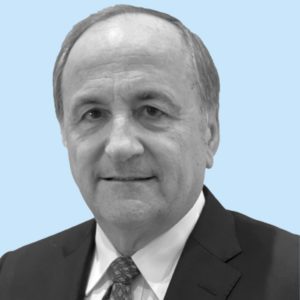 “When we’re brokering projects, what we specialize in is taking it from A-Z,” Singley says. “When we represent a client, we help with everything from site selection, to contract negotiation, to making sure all the contingencies are satisfied in the contract at closing. We work with everyone—the attorneys, engineers and localities—and represent our client through the whole process.”

“Integrity is extremely important in this business. You’re only as successful as your reputation,” Singley says. “Our policy is always to be completely transparent and to stay in constant communication with both parties during a transaction. We also pride ourselves in being thorough and paying attention to details, which has helped to get us where we are today.”

Singley is on the Board of Trustees for the Williamsburg Health Foundation. He is also Chairman of the Board for Williamsburg Landing. Singley served on the Board of Directors for the Hampton Roads Commercial Real Estate Council (CREC) for five years. For the past 17 years, he has been consistently ranked in the top performers by CREC.