Trending Now
Protecting Patient Data
Market Report: Health Care
How to Find Pandemic Relief with the Help...
Millennial Personal Appearance and the Law
Hacking is Becoming Less Human, More Robotic
Impacting the Workplace Loneliness Epidemic
Ransomware: What It Is, How to Avoid It...
Using Technology to Increase Employment Opportunities for Veterans
How Technology Has Caused a Shift in Marketing...
Out-of-Network Follies with Health Insurance
Ask The ExpertsExecutive Wellness

James Thompson, M.D., founder and chief medical officer of Master Center for Addiction Medicine, recently expanded his business into Hampton. Pushing him to do so: Growth of a different kind.

“One business that thrived during the pandemic was the illicit drug trade,” Thompson says. “They were not limited at all. Unfortunately, legal drugs, like alcohol, also seemed to be prioritized.” 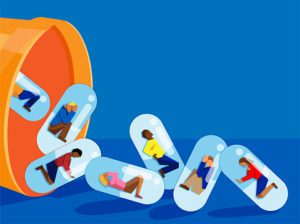 Of course, such a prioritization has been prevalent for years. A Virginia Chamber of Commerce leader once shared with Thompson that substance-use disorder was one of the top three issues for the Virginia business community. It could be an even greater concern now, given recent stats:

Thompson notes that a new study in the Journal of the American Medical Association (JAMA) linked economic strain—lost jobs, lost opportunities, loss of family support—to worsening mental health and substance abuse. Another JAMA study suggested that worries about the pandemic and emotional strain brought on by loved ones’ deaths contributed as well.

“Also, loss of access to health care, including mental health and addiction treatment, had a big impact right away when the pandemic hit,” Thompson says.

Why Businesses Should Care

Insurers have started to step up to help employees directly and businesses indirectly. It’s happened in a roundabout way, Thompson details:

“Not long after the Virginia Medicaid Department of Medical Assistance Services launched the Addiction and Recovery Treatment Services program and demonstrated its value, private health insurance programs have begun to offer the same kind of benefit,” he says. “This is very important because addiction treatment will never reach the majority of those who need it until it is fully integrated into mainstream health care.”

In addition to offering health insurance for addiction treatment, businesses should raise awareness about substance abuse and demonstrate compassion to employees struggling with it, Thompson recommends.

“This kind of culture helps people come forward rather than trying to hide their problems until disaster strikes,” he says. “Even further, seek to partner with addiction treatment providers wherever and whenever possible. Collaboration between an employer and a treatment program is a major breakthrough waiting to happen.”

As businesses beg for employees in 2021, they may want to throw more than dollar bills at top candidates. Best bet is to also entice superstars with better-stronger-faster benefits worthy of The Six Million Dollar Man (young readers, google it.) 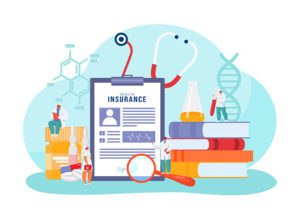 The study’s summary: “Gone are the days when attracting new talent meant offering in-office perks like ping pong tables and nap rooms. The future of benefits is about a renewed focus on the benefits that keep employees healthy and productive.”

Telehealth visits check both of those boxes. Pre-pandemic, generous employers offered “value-add” benefits such Teladoc and MDLIVE. These companies, which virtually connect people with a health provider they don’t know to treat minor, urgent conditions, will still be around.

They’re stable thanks to their partnerships with big insurers, notes Patrick Alred, lead benefits consultant with OneDigital, which advises Coastal Virginia businesses. But more of us, preferring a familiar face, will video chat with our personal providers in the future instead.

“Doctors are going to stick with offering virtual visits,” Alred says. “They want to have as large a (patient) base as possible to be profitable.”

No one loses: You feel comfortable, and your doctor stays in business.

While Virginia and North Carolina have reputations of being hands off when it comes to business, their governments must be consulted for health care growth.

In North Carolina, health care entities are required to notify officials of their intent to expand or merge services. Questions and public scrutiny can ensue.

Norfolk-headquartered Sentara Healthcare and Greensboro, N.C.-based Cone Health shared their merger plans with North Carolina officials earlier this year. In the spring, before officials commented, the two health systems halted talks. Sentara has cared for North Carolina patients in their home state since expanding south seven years ago, with approval from county officials. It’s grown in Virginia for decades, after Virginia officials granted permission. (Last fall, Sentara also sponsored a study that was presented as a recommendation to the state to link Old Dominion University with Eastern Virginia Medical School, which later questioned the proposal.)

In June, they filed a letter of intent to apply for a Certificate Of Public Need (COPN) to establish a 50-bed hospital in Isle of Wight. Riverside’s announcement mentioned unanimous support from the county’s Board of Supervisors.

The COPN process started nationwide 48 years ago, thanks to a federal mandate. In 1986, the feds axed the law, and the Medical Society of Virginia (MSV) has since campaigned against Virginia’s continued state version. A committee assembled by Governor Northam failed to agree on significant changes in 2019. The MSV still wants COPNs to vanish, arguing the mandate has failed to improve health care access, control costs and ensure quality as intended.

At Hemp Haven in Chesapeake, business is picking up, reports owner Denise Foster. The uptick has nothing to do with Virginia loosening marijuana laws in July.

Foster’s glad to finally have the chance to help them through a retail store.

The idea of selling hemp-based products has been swimming in her head for years. In 2019, after decades of consulting independently with patients, she dove in. The water, though, was frozen: Four landlords refused to rent her space. One finally said yes in January 2020. The pandemic pushed her opening to August.

A year later, a steady stream of people is finding her. Her typical customer:

Some are curious, others well-informed. 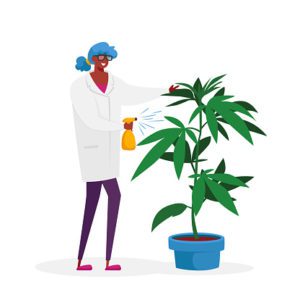 She explains the difference between marijuana and hemp: The first is loaded with THC, the compound that produces a “high” feeling, and sprinkled with CBD. The second is the opposite.

Educating customers on the difference and coaching them about products that can ease symptoms is Foster’s focus.

“Physicians’ offices are opening back up, and customers or patients are coming to see them with new complaints,” she says, “and I’m seeing some customers who have been either wrongly diagnosed or still have not been diagnosed.”

According to Foster, the doctors throw their hands up in the air, and say they don’t know how to treat the person.

“But ‘we’re going to give you more pills for it,’” she says physicians tell her customers. “They (instead) want to try a more natural way.”

*In the past year, deaths involving stimulants were up 42% nationally and 93% in Virginia.

*8 to 9% of Americans are addicted to drugs or alcohol. 11% have diabetes.

*Virginia and North Carolina are two of 35 states with Certificate Of Public Need mandates.

*Businesses can estimate their cost of employee addiction through the National Safety Council calculator at www.nsc.org/forms/substance-use-employer-calculator.

*Approximately 24 million Americans have a substance-use disorder, but only 10% of them have sought treatment.

*In 2019, Florida repealed its COPN requirement, relieving hospitals of the mandate but continuing it for nursing homes and hospice providers. Virginia has considered a similar partial or full lifting of the mandate.

How to Find Pandemic Relief with the Help...

Millennial Personal Appearance and the Law

Ransomware: What It Is, How to Avoid It...