If you spend any time in Coastal Virginia, you’re bound to come across a building engineered by Lynch Mykins. In Norfolk, there’s Slover Library, Eastern Virginia Medical School and the Ted Constant Convocation Center. 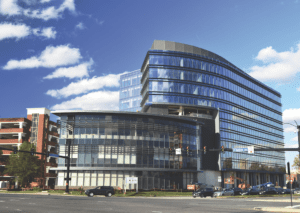 Head over to Virginia Beach and you’ll find more buildings the firm has worked on: the Marriott Virginia Beach Oceanfront, the Cavalier Hotel and the Tidewater Community College Joint-Use Library. On the other side of the water, the Christopher Newport University Student Success Center is another Lynch Mykins project.

Lynch Mykins is the largest woman-owned structural engineering firm in the mid-Atlantic region, with headquarters in Raleigh, and offices in Norfolk and Richmond. The Norfolk office recently relocated to the newly renovated Ames and Brownley building, now known as the Assembly building. 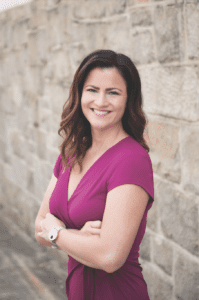 After graduating with her degree in architectural engineering, Anna Lynch landed her first structural engineering job at Stroud Pence in Raleigh, North Carolina. Eight years later, Lynch was named managing director of the Raleigh office. Then in 2017, she acquired the firm alongside David Mykins. Lynch serves as CEO, while Mykins is the company’s president. The firm was rebranded Lynch Mykins—and with the new name came an entirely new workplace philosophy and culture.

Since the 2017 acquisition, Lynch Mykins has experienced a period of unprecedented growth. Just in the past year and a half alone, the company has hired 24 employees. The firm has doubled in size over the last two years.

What is behind the firm’s rapid growth? It certainly isn’t just one thing. But one obvious contributing factor is company culture. Specifically, what Lynch refers to as the “all-in model.”

“We’re invested in personal growth for our engineers, so they can connect with the people we’re working with,” Lynch says. “We find that when our engineers and project managers can really be their true selves, and connect on a human level, they find happiness in their projects—and they build relationships with our clients. And that’s what keeps clients coming back.”

There is an unspoken rule in the industry that an engineer is supposed to fit a certain mold: usually introverted, analytical, hardworking, and able to put their head down and work all day long. And many engineers enter the workforce believing they need to fit into this box in order to build a stable career.

This is where Lynch Mykins stands in stark contrast to the “typical” structural engineering firm. 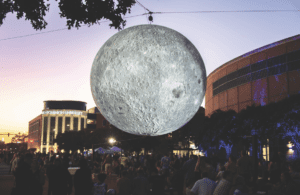 “Most people we hire come in trying to be what they think they need to be in order to be an engineer,” Lynch says. “What we do is break that down, so we can pull out who they really are. Then they’re able to be themselves, to find connection and passion, and really make an impact.”

The result is an environment where diversity of thought is celebrated and encouraged. Everyone has the opportunity to freely share their ideas, and employees feel like their input is truly valued.

“Culture isn’t just saying hi to your employees—it’s really investing in their happiness,” Lynch says. “If you just sit and grind all the time, you lose the purpose behind what you’re doing. Yes, our employees love engineering, but if you’re staring at a computer doing calculations nine hours a day, it loses its luster. So, we really push our employees to realize that part of life is happiness.”

The Lynch Mykins culture naturally lends itself to community engagement. Each of the three offices is connected with the local community, ensuring Lynch Mykins is giving back to the localities they serve. In 2021, the firm sponsored a team for Hops for Hope, which benefits Children’s Flight of Hope. Lynch Mykins matched funds raised 100%, and ultimately raised over $10,000 to help children travel to receive critical medical treatments.

After an impressive five years of growth and change, what’s on the horizon for Lynch Mykins?

“Growth is our trajectory,” Lynch says. “We’re always working to go against the norm, and we’re always brainstorming what the next step is.”