Holding its own against big box retailers by offering personalized service, unique brands and community engagement, this family-owned hardware business started in Virginia Beach and has grown to 21 locations including its latest in Gloucester Point

“We try to attach ourselves to each community we serve. You’ve got to earn their respect. You can’t just come into a town and think you’re going to operate independently. You’ve got to get to know the folks and see what drives them.”—Joe Taylor 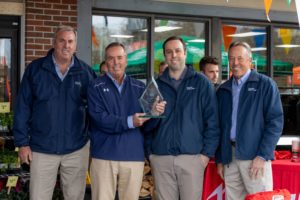 Since 1927, Taylor’s Do It Center has been operating under one very simple principle: When your name is on the door, you care a little more. That was the feeling when the first generation of Taylors started the business with a handful of men—including Robert Taylor—$1,750 in capital and an old Ford truck between them to open what was originally called “Fuel, Feed and Building Supplies” at the Virginia Beach Oceanfront. It continues on today as the fourth generation of Taylors are joining the family business.

Through the years, the family-owned and operated business has taken great pride in offering a superior customer service experience along with key brands and products shoppers can’t find in big box hardware stores. In fact, Robert’s son Dawson may have started that trend when he met with young surfer Hobie Alter, who was looking for dealers where he could sell his new line of fiberglass surfboards. That eventually led to Fuel Feed sponsoring the first Surfing Carnival in Virginia Beach, which is now known as the East Coast Surfing Championship, the longest continually run surfing championship in the world. 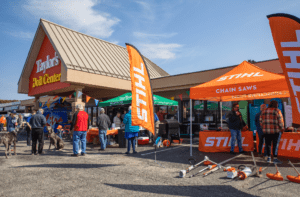 “A lot of those key brands—Big Green Egg, Traeger Grills, Solo Stoves, Yeti to some extent—are just a lot of really good brands that people like,” says Joe Taylor, current President and CEO of Taylor’s Do It Centers. “And to have Stihl Outdoor Power that’s exclusive to the independent channel, that’s the best outdoor lawn equipment you’ll find. Having things the big box stores don’t have and providing niche products is really the fabric of our business.”

Even though Taylor’s gets Stihl Power Equipment from a distributor in North Carolina, Joe admits it’s handy that the Stihl USA plant is in Virginia Beach, and they can pick up pallets of chainsaws after a hurricane hits the area.

The expansion of the company began in 1965 when the sons of the founders, including Dawson Taylor, opened the first “home center” in the growing Princess Anne Plaza area. “Dad was the leader of all that,” says Joe. “He became president and had the mind to grow us.” 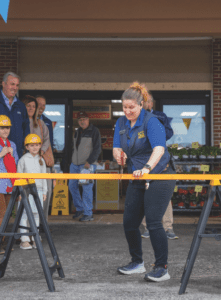 In 1990, the company switched from TruValue to Do It Best Corporation, another major wholesaler. Joe’s brother Bob took over as president at that time and eventually moved on to head Do It Best Corporation. “That allowed me to take over the reins in 2000, which was great,” Joe says. “At that time, we had five stores and did about $12 million in revenue. Today, I’m proud to say, we have 21 stores and are doing $50 million in sales. It’s been a fun story, a nice growth, and I’ve had a blast doing it with my brother Russ and all of our team. And now we’re so happy to have five members of the fourth generation in the business to keep it rolling.”

Taylor’s is enjoying continued growth, after recently acquiring the Pleasant’s Hardware chain in Richmond, a family-owned company that has been in business since 1915. Taylor’s will continue to operate the stores as Pleasant’s Hardware because of the brand recognition the name provides.They also just opened their newest Do It Center in Gloucester Point. “Gloucester Point is one of those neighborhoods that we’ve always looked at,” says Joe. “Gloucester is literally 12 miles up the road from Gloucester Point, and even though I’m sure people who live there enjoy going up to Gloucester, I’m sure they like the convenience of having everything they need right in their own neighborhood.”

As one might expect from a local, family-owned business, Taylor’s is always looking for ways to connect and give back to the communities in which they do business. “We try to attach ourselves to each community we serve,” Joe explains. “You’ve got to earn their respect. You can’t just come into a town and think you’re going to operate independently. You’ve got to get to know the folks and see what drives them.” 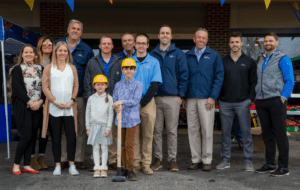 To put an exclamation point on Taylor’s Do It Centers commitment to the communities they serve, Retail Alliance presented their Lifetime Achievement Award to the Taylor family at the Gloucester Point ribbon cutting ceremony.

“When you talk about a Lifetime Achievement Award recipient, we’re looking at various criteria,” said Retail Alliance President/CEO Ray Mattes. “We’re looking at those retailers that have excellent customer service, are engaged with the community, they have a great reputation, are excellent at visual merchandising and store aesthetics, and that have longevity. We felt that Taylor’s hits all five of these criteria. They are well known for their exceptional customer service and knowledge of their products and have one of the best reputations in Hampton Roads.”