Trending Now
From Livable to Luxurious
Protecting Patient Data
Market Report: Health Care
How to Find Pandemic Relief with the Help...
Millennial Personal Appearance and the Law
Hacking is Becoming Less Human, More Robotic
Impacting the Workplace Loneliness Epidemic
Ransomware: What It Is, How to Avoid It...
Using Technology to Increase Employment Opportunities for Veterans
How Technology Has Caused a Shift in Marketing...
Biz Beat

“O, let America be America again—The land that never has been yet
—And yet must be–the land where every man is free.”
— Langston Hughes, “Let America Be America Again”

The event took place in Downtown Norfolk in November of 2022 and was hosted by Williams’ advocacy agency Black Ambition and Edelman. While major headlines were made with Williams’ announcement that his Something in the Water festival would return to Virginia Beach in 2023, the forum’s main focus was to provide unique networking opportunities for young entrepreneurs and tackle major topics like Black entrepreneurship, buying Black, education, Black innovation in tech, financial equity and more. Entrepreneurs were also able to pitch their business ideas for the chance to win monetary awards during the forum’s Pull Up & Pitch contests.

It was a week of thought-provoking ideas and in-depth conversations led by established and well-known business moguls. At panel discussions and TED Talk style presentations, these leaders asked audiences to confront the challenges faced by marginalized communities, share what resources are currently available and address steps to be taken to create more equitable opportunities for all.

Some of the biggest names in business and entertainment, like Maverick Carter, Pusha T, Hannibal Burress, Lewis Hamilton and Leland Melvin, connected with business owners to strengthen the contributions of minority entrepreneurs for current and future generations.

“Our Black youth has stepped away from dreaming,” said CEO of Loop Capitol Jim Reynolds during his segment, “Wide Awake: A Conversation about Financial Equity.” Citing the lack of resources and funding available to Black youth, Reynolds emphasized the weight that such inequity carries into the next generation. 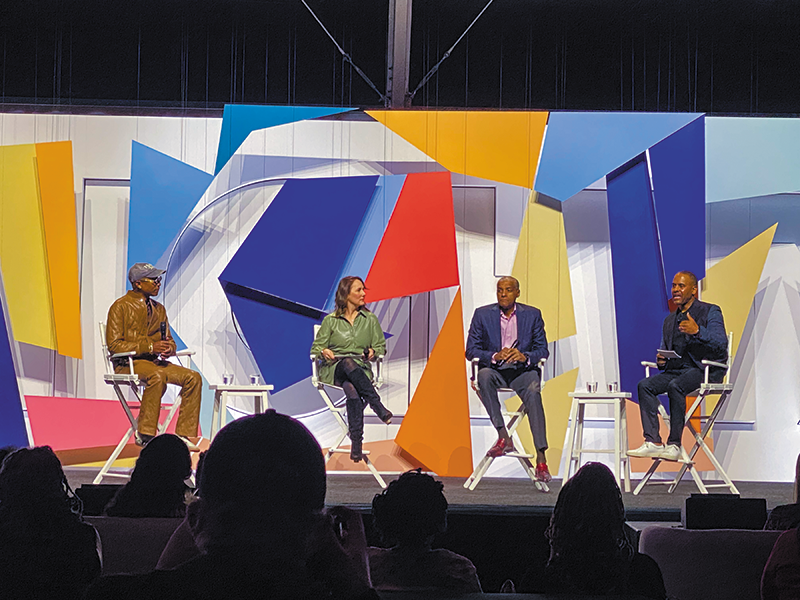 So how can Black entrepreneurs overcome these obstacles? Joyce Parente, the VP of Marketing at The Guardian US added insight in an exclusive interview with CoVa BIZ on how we can continue to move forward.

“There is power in creative risk taking,” Parente explained, emphasizing the importance of finding a mentor who has been through it and can offer advice and assistance. “Find a champion to guide you through, find more creative funding like investor groups and embrace the right platforms.” While we still have more work to do, she adds that financial institutions have already begun changing their models to better target young people. “The fidelities of the world have already started by offering resources on how to become a young business owner.”

Another theme that emerged from the conference was the importance of Black-to-Black business relationships and consumer consciousness. Rather than competing to be on top, there needs to be a larger sense of community amongst Black-owned businesses. When companies support each other publicly and behind the scenes, it provides the tools for consumers to govern their own decision making about buying Black. This sense of consciousness can also be influenced by marketing, education, ingredient listing and representation. 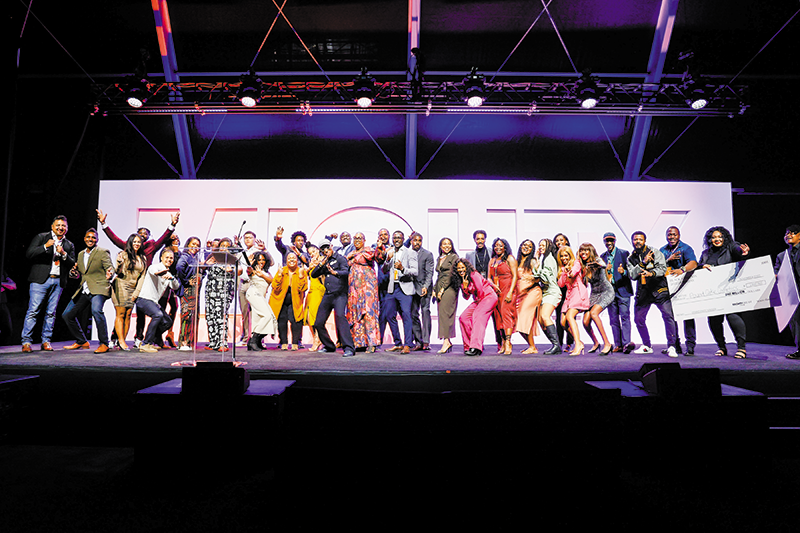 To close out the forum, Williams hosted “Dinner with a Purpose” alongside Black Ambition’s CEO Felicia Hatcher. While Black Ambition awarded over $2.5 million during the Pull Up & Pitch contests sponsored by UPS, the pair took the stage to recognize the top three recipients of the week. The HBCU Grand Prize Winner, a social app titled The Move, was granted $200,000. SkiiMoo Tech, a research, science, technology and engineering firm focused on niche markets was awarded $250,000 as the second prize winner. Lastly the all-inclusive beauty brand Pound Cake Cosmetics was deemed the official Grand Prize winner, receiving a total of $1 million.

While Mighty Dream helped to pave the way financially for its award winners, it also connected likeminded individuals through eye-opening conversations, performances, presentations and meals. The forum’s organizers’ hope is that Mighty Dream will be a catalyst for continued growth and dialogue so that, in the words of Langston Hughes, we can “bring back our mighty dream again.”