Collected here are some highlights of relevant news and information (available as of press time) from local cities and counties including pandemic response measures. 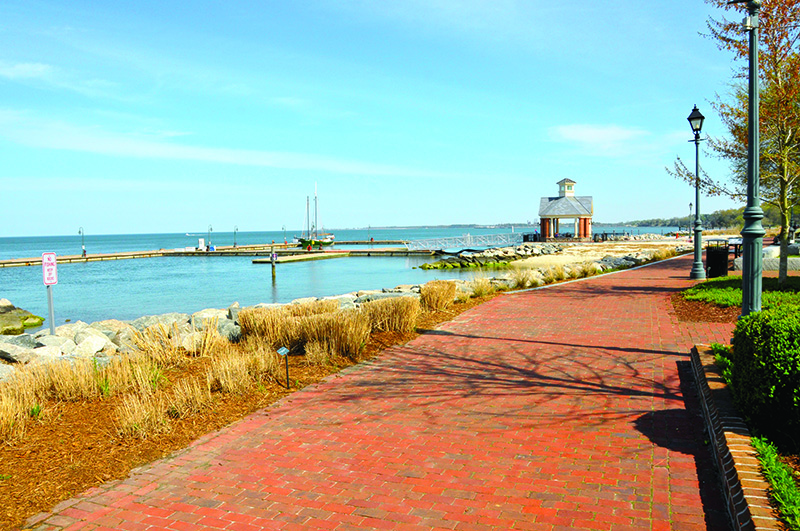 The Governor’s Health Sciences Academy at Bruton High School in York County is one of 16 programs awarded grant funding from the Virginia Department of Education for equipment upgrades. BHS will receive $37,500 to purchase virtual reality (VR) interactive anatomy laboratory equipment. The use of VR will give students an interactive view of an anatomical model of a human body system which traditional schematic drawings cannot provide. Students will be able to use the VR equipment independently or collaboratively. Bruton High School is one of only nine Governor’s Health Sciences Academies in Virginia. Enrollment in the Governor’s Health Sciences Academy is open to all YCSD high school students. Students can choose a pathway in Therapeutic or Diagnostic services according to their interest.

The Board of Supervisors held an emergency session in April where the board considered items related to the COVID-19 pandemic response. The board approved all items including certain temporary forms of tax relief: waiving credit card convenience fees; reduction in penalties and interest on late tax and utility billing payments until Sept. 30; and eliminating the bad check fees for payments made by electronic transfer due to account number entry errors.

Year four of the Small Business Incentive Program was funded jointly by the Board of Supervisors and the Gloucester County Economic Development Authority for a total of $148,347. Twenty-seven grants were awarded to 17 businesses during the 12-month period in 2019. There was approximately $2,544,932 in private investment with $44,363 in public grants paid out. By every account, the fourth year of the program continues to be a successful economic driver and marketing tool for Gloucester County.

A visit to the Commonwealth Center for Advanced Manufacturing (CCAM) in the summer of 2019 offered Surry County School System students the opportunity to learn about different educational pathways that can result in a stimulating and lucrative career in manufacturing, preparing the students of today for the 21st-century workforce.

CCAM is a resourceful environment creating solutions to complex advanced manufacturing challenges. They are the center of an academic, government and industry ecosystem where partnerships create real economic value. Their staff and researchers play an active role in developing the most talented manufacturing workforce by providing a diverse and industry-driven educational pathway.

In mid-2019, M&M Milling announced they will invest $2.3 million to establish a new milling facility in Isle of Wight County. The facility will purchase Virginia-grown shelled corn, grind it into fine flour to mix with other materials for use as a stabilizer, extender and colorant in the glue used in the manufacture of plywood. Over the next three years, the company is committing to purchase at least $2.3 million, or 575,000 bushels, of Virginia-grown corn, 100% of all expected agricultural purchases.

The county’s Economic Development Authority plans for 2020 include continuing infrastructure improvements for the Shirley T. Holland Intermodal Park, including developing a capital improvement program to continue the construction of a series of pad-ready sites to meet market demand. The county-owned Shirley T. Holland Intermodal Park is a 1,200-acre space dedicated to providing affordable business building sites close to The Port of Virginia. The park is currently home to three nationally recognized companies: Keurig Dr. Pepper, Safco Products Company and Cost Plus World Market (a subsidiary of Bed, Bath & Beyond).