Collected here are some highlights of relevant news and information (available as of press time) from local cities and counties including pandemic response measures.

Hampton’s last State of the City Address took place on Nov. 19, 2019. Hampton Mayor Donnie Tuck talked about the meeting’s theme, Waves of Change, noting that “For the third year in a row, Hampton has been ranked as one of the 25 most affordable beach towns in America by the financial technology company SmartAsset. Hampton was the only mid-Atlantic city on the list.” Mayor Tuck also pointed out that Hampton had been ranked eighth on a list of waterfront communities published online by USA Today and one of the Best Beach Towns (not just affordable ones) by WalletHub. Hampton was the only Virginia city on the list.

Hampton is taking a hard stance against crime.

Serious crimes in Hampton continue to decrease, thanks to a dedicated police force, vigilant neighborhoods and programs that provide positive opportunities to young people. Hampton had the second fewest serious crimes per capita in the region in 2018 with 40% fewer than in 2003. This equated to a 16-year low in serious crimes.

Mayor Tuck pledged to continue to focus on improving safety in Hampton, urging people to participate in R.I.S.E (Reach, Inspire, Support and Empower), a program that pairs adult mentors with local middle school boys to promote academic and social success.

Tourists are important to local businesses and the city budget.

Tourism numbers show a 38% growth in visitors from 2010 to 2018. In August of last year, Hampton commemorated the 400th anniversary of the arrival of the first Africans in English North America. The story was covered by media outlets from across the nation and globe.

Hampton also celebrated the 50th anniversary of the Apollo Moon Landing as home to the first NASA Center which hosted the original astronauts. This was portrayed in the 2017 blockbuster movie “Hidden Figures.”

In October 2019, Rosie’s Gaming Emporium helped bring residents from across Hampton Roads to the Power Plant section of the city, which also got star power earlier in the year from the opening of two Guy Fieri restaurants.

Hampton City Council authorized a forgivable loan assistance program for Hampton-based small businesses. The program is designed to help small businesses adversely impacted by statewide orders to close or significantly reduce business operations. Loans of up to $10,000 are designed to give Hampton businesses access to needed cash until federal and/or state assistance funds arrive and will be available until funds are exhausted or until Sept. 30.

Mayor McKinley Price deviated from tradition during his Oct. 29, 2019 State of the City address by inviting others on stage to join him in delivering remarks, saying “The State of the City involves more than just the mayor, city council and city government. Every citizen, business and visitor plays an important role in the state of our city.” Those individuals included Jennifer Boykin, president of Newport News Shipbuilding; Sarah Burden, a student at Heritage High School; Jeff Johnson, director of Tech Center Research Park; Owen King, distiller at Ironclad Distillery; Dr. George Parker, superintendent of Newport News Public Schools; Lt. Roberson, a graduate of Newport News public schools; and Jennifer Smith-Brown, managing partner at J. Smith Enterprises. 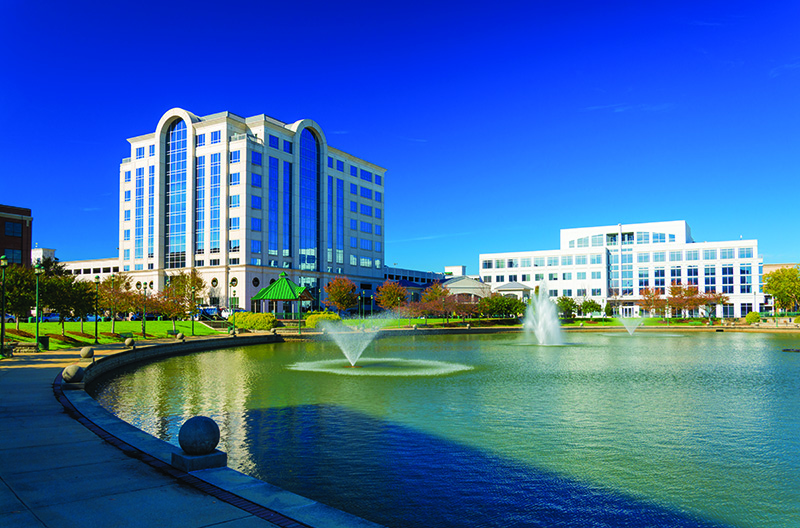 Newport News is at the intersection of innovation and tradition.

Construction on Building One at the Tech Center Research Park began five years ago and includes retail, apartments and an 80,000-square-foot facility for research that just opened in August of last year. As part of the city’s plan to develop an area where innovation can land and grow, the construction of Building Two is ready to begin.

Revitalization is the key to moving forward.

The Denbigh-Warwick Area Plan is an initiative to establish a comprehensive, long-range planning and development vision to stabilize the neighborhood and attract new investment.

The Four Oaks Day Service Center is a beacon of hope and opportunity in the heart of Newport News, helping people transition out of homelessness and into employment, stable housing and independence. Programs at Four Oaks include job skill and workforce development classes; medical, mental health and substance abuse treatment services and resources; counseling on permanent housing solutions; computer literacy in an onsite computer lab; assistance in securing documents needed to obtain housing, employment and benefits; budgeting and financial literacy classes; transportation to and from appointments, interviews and pre-approved locations.

To ensure the resiliency of local business, the City of Newport News and the Economic Development Authority of Newport News have established small business grants to support eligible businesses impacted by COVID-19. This grant is one-time financial assistance in amounts not to exceed $5,000. The grants will be committed and funded on a first-come, first-served basis based on availability of funds.

The City of Newport News has also established an online Business Status Reporter so local businesses can let residents know if they are open, open under modified hours, closed and more. The information will be used to create an interactive web-based map to help connect local businesses with consumers.

At his last State of the City address in 2018, Mayor Paul Freiling touted Williamsburg as “a unique city, small in number, but big in community” with “great heart, abundant creativity and a desire to be innovative and inclusive.” In the Williamsburg City Manager’s statement for the 2020 budget, Andrew Omer Trivette noted that the theme for this year’s budget is renewal. “We have made strident efforts to renew our budget development process, our appropriation of funds based on needs, our collaboration in meeting the challenges, our commitment to structural balance and our drive for innovative techniques.”

In April, the Williamsburg City Council discussed the impacts of COVID-19 on the city’s current and upcoming fiscal year 2021 budget. City manager Andrew Trivette proposed three strategies to make up for predicted current fiscal year 2020 budget deficits: 1. Use savings and other non-mission critical project funds in this year’s capital improvement program. 2. Use TDF grant money that has not been expended. 3. Utilize General Fund Reserve for the balance of the need.