Story and photos by Ryan Miller

If you were to take a snapshot of the shop at Analogue Lab + Studio in Norfolk, you’d see a collage of Polaroids, 35 millimeter film rolls, SLR cameras dating back decades and vintage vestiges from the analogue age. The nonprofit and co-op with a darkroom, lab, studio and event space keeps film photography and all things analogue in focus by developing film for photographers onsite and selling cameras and supplies. With more exposure you’ll also find that they’re framing Norfolk’s arts scene and creative community through outreach and education devoted to film photography.

Coinciding with the emergence of Norfolk’s NEON District, Analogue Lab + Studio was established as Photographic Arts and Trade in 2013 by Miki Ross after she made a move from Vancouver, Canada. “I started asking people where do I take my film to get developed, and everyone was like, ‘you don’t, you send it off,’” Ross laughs. “That’s tragic, because a film developing lab, the relationship you have with a lab like that I had all through school is a very important thing. Getting to know that lab, having them know what you like, what your aesthetic is, that kind of thing, it’s a personal kind of experience. Not having something local, it seemed like an opportunity for me anyway.”

Analogue’s initial brick-and-mortar storefront draped in ivy on Colonial Avenue neighbored With Lavender and Lace, a vintage clothing boutique from artist-entrepreneur Kelsie McNair, now of For All Handkind, who gave Ross a hand with beginning the business. While developing more interest in involvement from volunteers, Analogue underwent its name change and became a co-op, then nonprofit last year to provide educational outreach. They recently relocated to a larger space in Park Place and are collaborating with prolific artists of the area. Ross remarks, “It’s always changing forms, it’s been through so many different kinds of iterations of itself over the years, but it’s always really interesting.” 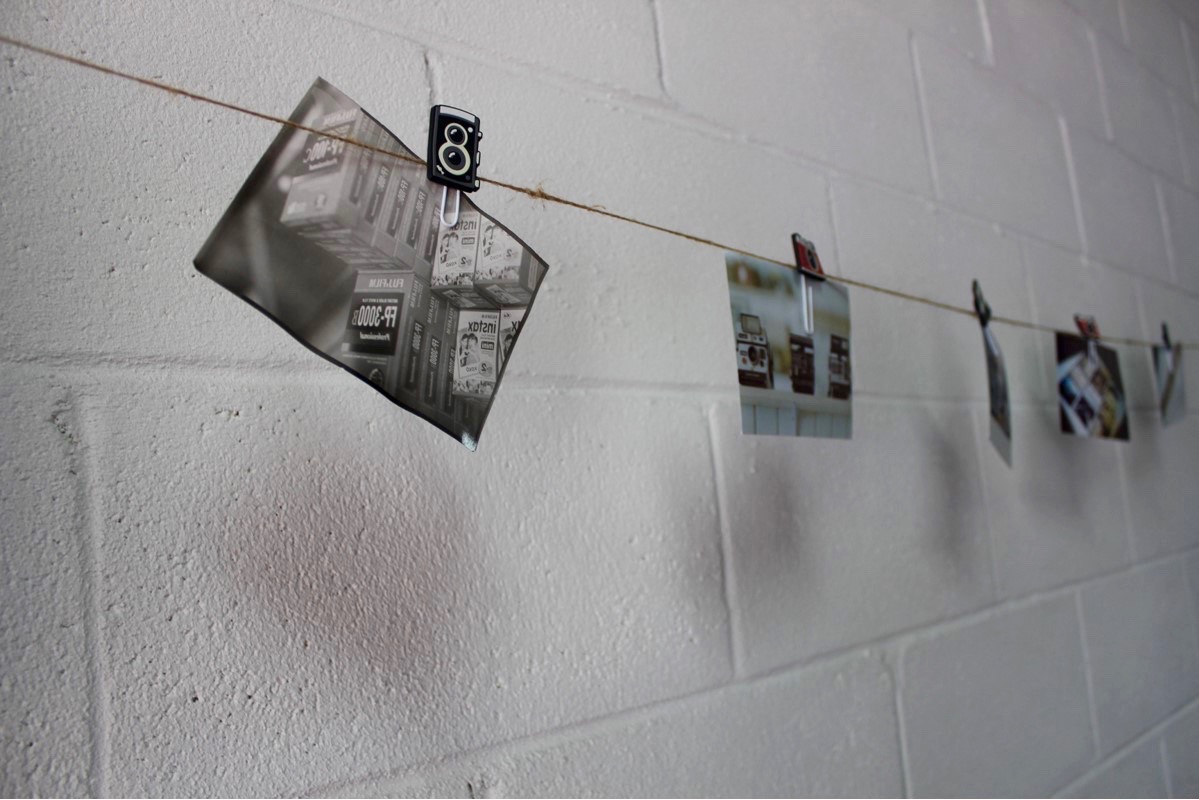 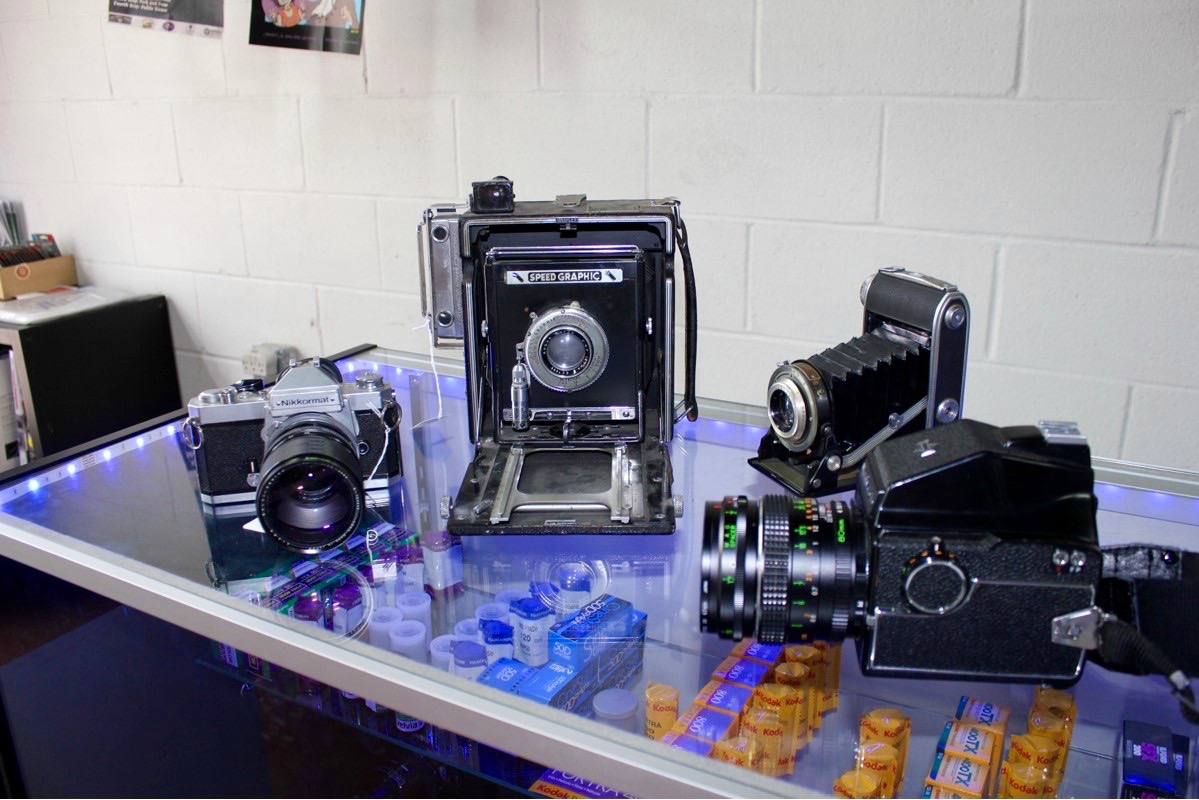 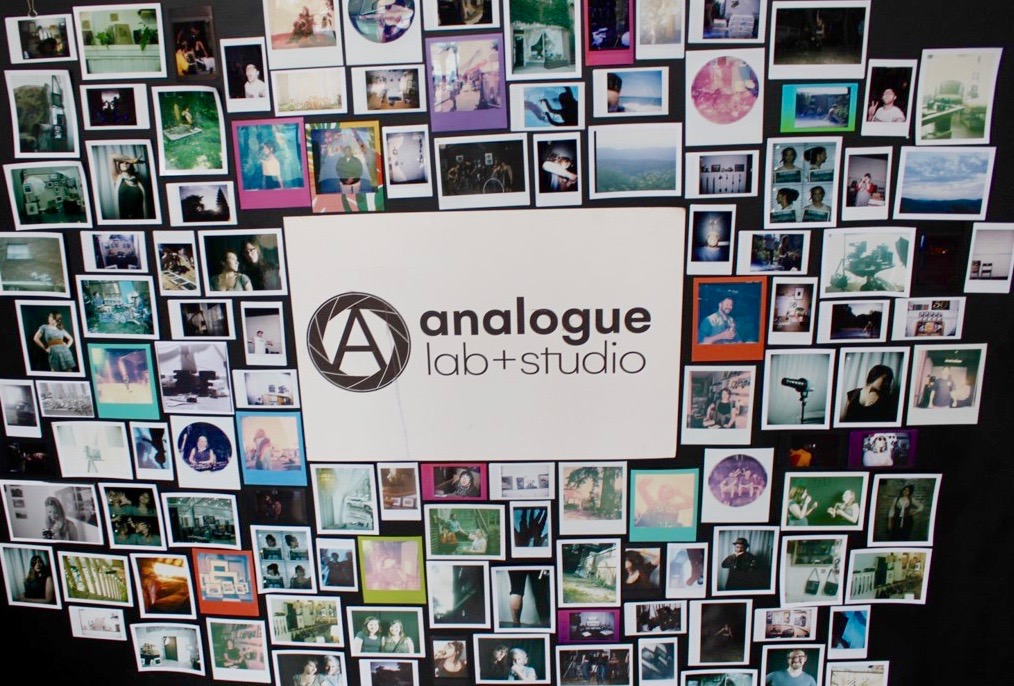 At the shop they sell point-and-shoot cameras, SLRs for less adept amateurs from as far back as the ’50s and medium and larger format cameras using 4-by-5 inch film formerly used for vacations or to shoot billboards. They also give assurance that you’ll be taken care of in a personal way at the shop as opposed to buying online, where at Analogue they provide clients an understanding of the anatomy of the camera and film, both artistically and functionally.

As for their co-op, they offer applications reviewed by members denoting what the nonprofit needs at that time, then offer six months of volunteering before you’re eligible for a full membership. Members use Analogue’s darkroom and lab to develop black and white and color film every week, while they’re the only place in Virginia that processes E-6 slide film.

Analogue is piecing together different parts of the arts scene and those with crossover interests in different media by screening films, hosting installation shows with DJs and live music, holding critique clubs for photography and initiating student photo walks where they lend a camera and a roll of film for a shoot, develop and exhibit the photography. “The reason we called ourselves Analogue in general is because there are a lot more places you can go with that,” explains Ross. “There are analogue arts in terms of music or printmaking. Anything that doesn’t use digital technology is sort of part of our purview.” 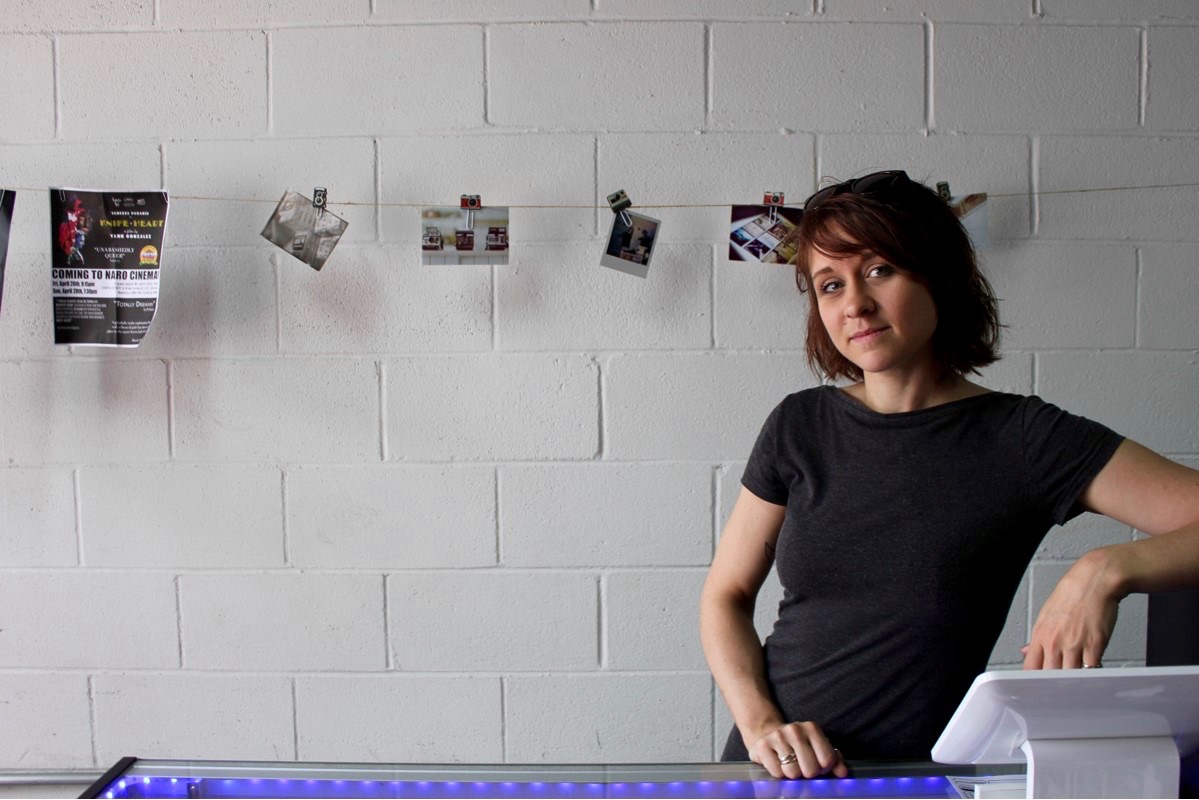 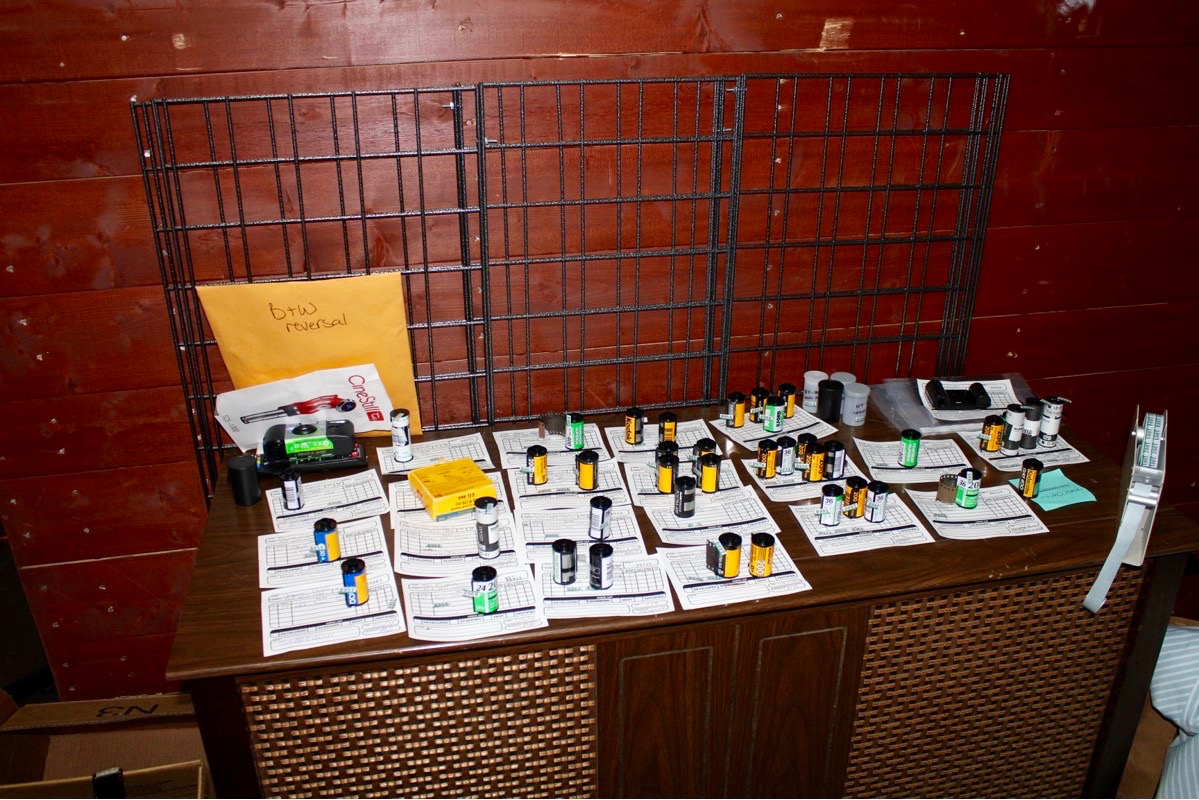 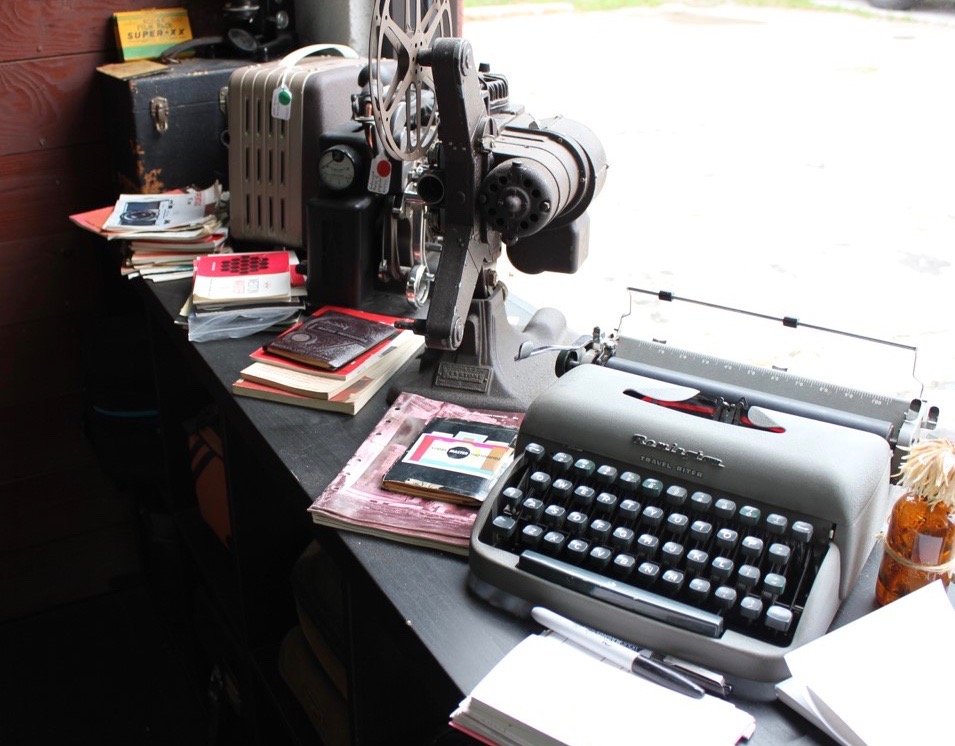 A barrage of images bombards us in an age where digital photography is pervasive. Particularly with camera phones and social media, it’s considered effortless and autonomous as a commonplace, consumable commodity. “You get out of something what you put into it, and when something is too simple then there’s only so much meaning that can kind of be imbued in it,” Ross reveals. “Digital is obviously very easy to learn on but the reliance on some technology that kind of does some things for you doesn’t always give you the full picture, the full breadth of how the technology works in the first place.” Analogue gives the photographer an opportunity to learn, while its limitations make you more mindful and careful with what you’re shooting. “It encourages a little bit more of a slow approach, a more thoughtful approach, and I think that comes out in the final.”

Instagram has been an asset as a platform to share work, connect and provide exemplary examples of photography that can pique any interest, yet lacks discourse. Ross adds, “When you put a picture up on Instagram, all you get is a ‘like’ or nothing. There’s no one on there being, ‘oh that’s really great, did you think about cropping it this way or did you think about changing the color slightly?’ The part of honing your skills as a photographer or as an artist of any kind comes in that opportunity for, not criticism, but critique.” This is a premise for their critique club, which implements a forum for discussion related more to those found in academia. “What we’re trying to cultivate is a place where people can come together as a group, show their work and actually help each other think critically about their work and improve as artists.”

Analogue photography’s new heyday is today and is becoming a pastime for present time. Discontinued in the last decade, Kodak’s Ektachrome, which Ross describes as having warm, saturated and poppy colors, was brought back by popular demand. Polaroid was resuscitated through investment and reverse engineering through The Impossible Project. Lomography, a film company that’s been around since the ‘90s that’s imparted its influence on Instagram with lo-fi and vignette filters, is making breakthroughs with experimental effects that are a part of the appeal to the medium. “There’s an element of randomness when it comes to a physical media like that which digital media doesn’t give you,” Ross maintains. “There is the possibility of things being messed up, or your film being expired, or it getting a light leak on it, things going awry that introduces that wabi-sabi I guess, that beauty of imperfection that people are looking for when they shoot film.”

Through their work, Analogue Lab + Studio is revitalizing the composition of photography, a craft that’s been cropped and a process that in many ways has been filtered. “When you take 1,000 photos in the day, how much does each of them mean?” Ross rhetorically asks. “When the camera does all the work for you, it’s a beautiful photograph, but it comes down to a question of the meaning behind the photograph.” Contemplating, she asserts, “In a world where we’re so oversaturated with imagery everywhere we look, trying to pinpoint what it actually is that makes a photograph special is worth something that will last, that will stand the test of time, that sets itself apart from every other sea of images.”