What can be done to diversify economic dependencies?

This was the question that Coastal Virginia officials turned over in their minds nearly five years ago. Our local economy, monopolized by large, mainstream companies, was in desperate need of change. The concept of small businesses gradually materialized and held promise to help facilitate a healthy entrepreneurial ecosystem. This small business venture gained significant traction and was precipitated by the grant-winning proposal for startup accelerator program 757 Accelerate. 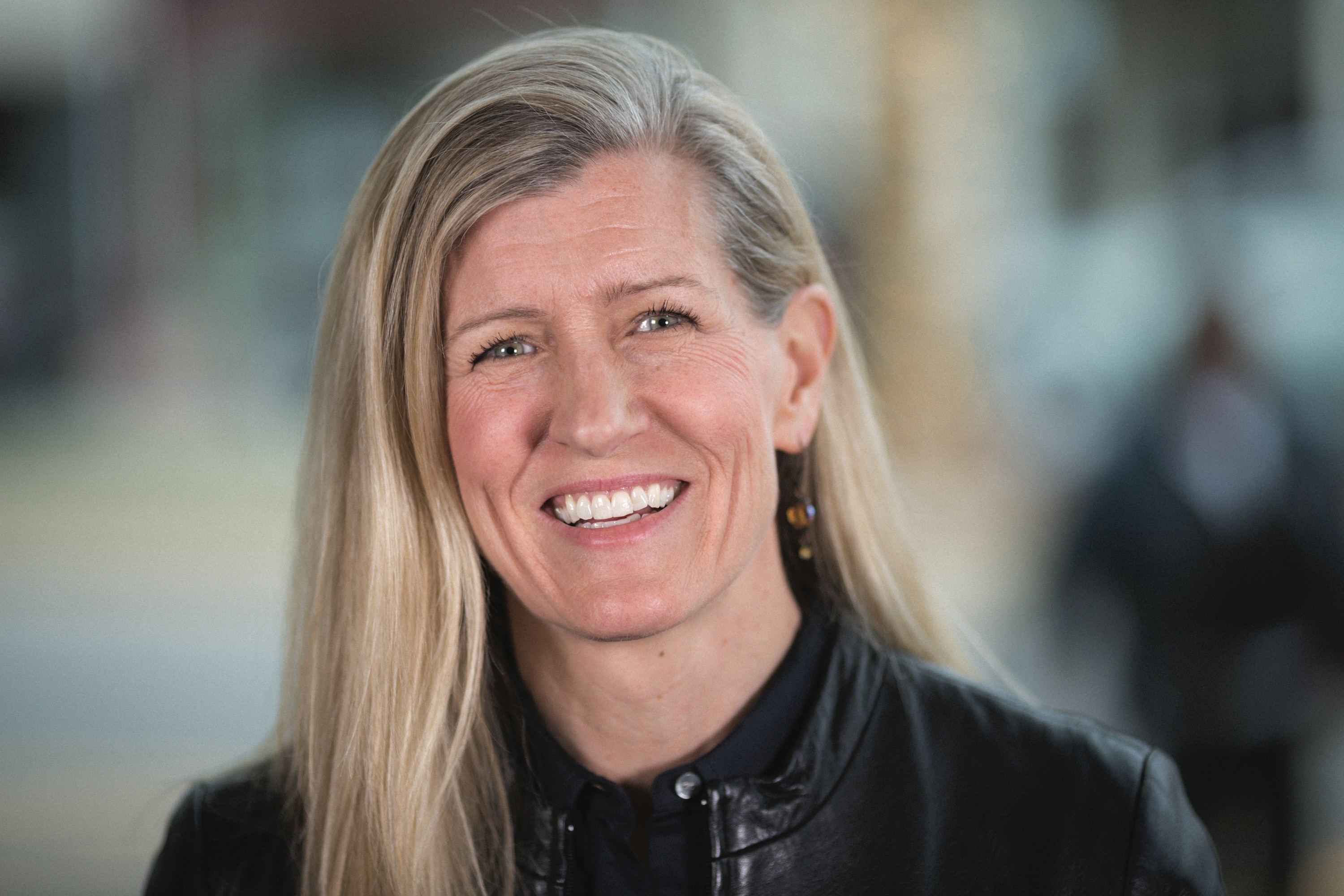 In 2017, the National Institute of Aerospace in Hampton applied for the highly competitive i6 Challenge grant. The grant, funded by the Department of Commerce, strives to provide monetary support to innovators and entrepreneurs who show potential to translate visions into jobs and capital. At the center of the NIA’s proposal was 757 Accelerate. The program suggested job growth, economic stimulation and exceptional support to budding entrepreneurs in the Coastal Virginia region while also fostering an inclusive, impactful and interconnected entrepreneurial culture.

The proposed nonprofit was backed by the institute and fellow partners 757 Angels, a local investment group, and economic development organization Reinvent Hampton Roads. NIA’s proposal for the accelerator was one of over 200 grant applicants and ultimately one of 27 awardees to receive a nearly $500,000 grant in October 2017.

Executive Director of 757 Accelerate Evans McMillion explains that in order to qualify for the grant, the startup had to match the endowment with $500,000 of organically sourced capital. With the organization existing solely as a proposal, fundraising seemed daunting. McMillion explains that in true Coastal Virginia fashion, the community pulled through with abounding support. “More than 50 organizations came together to pledge support for this venture, but the core financial partners included six cities: Chesapeake, Hampton, Newport News, Norfolk, Portsmouth and Virginia Beach; and four universities: Christopher Newport University, Eastern Virginia Medical School, Norfolk State University and Old Dominion University—each of which rallied behind the strong leadership of TowneBank,” says McMillion. 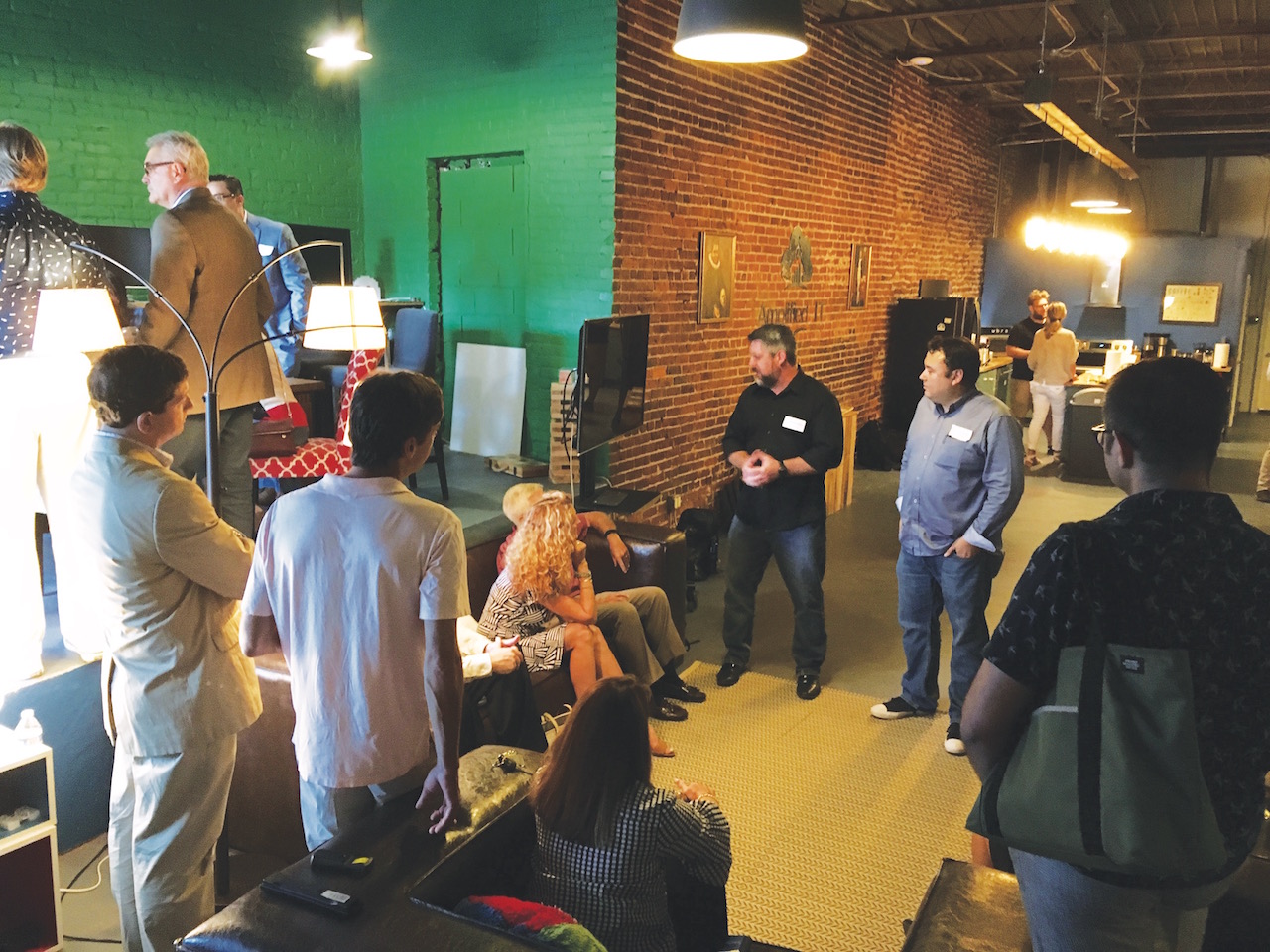 Meeting of the Minds: Cohort members strategize with McMillion and small business leaders

Just months after NIA won the grant to develop 757 Accelerate, the nonprofit settled into a corner office on Boush Street in Downtown Norfolk. By May 2018, the organization began accepting applications for is 12-week accelerator program that would transform the humble office suite into a high-energy coworking space for five promising startups.

McMillion explains that the 185 letters of interest resulted in 94 formal applications followed by 12 interviews and, finally, the selection of five standout founders. In addition to reaping the professional benefits of the program’s small business workshops, one-on-one coaching, networking and milestone-driven projects, each of the five startups was guaranteed $20,000 of non-dilutive capital to defray its costs during the program. Contrary to other startup launchers, 757 Accelerate supplies capital without taking equity.

After assembling its five startups, the accelerator program launched fully into its mission to lead startup education and to help small businesses develop into high-growth, scalable companies that are built to last. Each startup in the cohort was assigned mentors from the nonprofit’s network of over 80 volunteer advisors. Advisors, startup founders and nonprofit members then worked together on developing ready-for-market business plans and, when necessary, prototype products.

McMillion says that the program challenged founders with piecing together 90-second pitches followed by a five-minute Q&A with mock investors. They were also required to attend programming sessions twice a week to gain knowledge about a variety of business topics including SEO tactics, financial guidance, legal resources and the like. Once the founders were equipped with proper tools to self-market, the 12-week program culminated with an investor roadshow through Richmond, Tysons and Raleigh, N.C.

What McMillion holds in highest regards, however, are the founders’ exit interviews. It was during these reflective conversations with McMillion that founders realized their growth, found confidence in their business plan and recognized the skills 757 Accelerate helped them to develop. “People build companies, so let’s invest at the most basic level,” says McMillion.

After building up its founders, 757 Accelerate helps to facilitate a capital journey for small businesses to pursue more impactful financial opportunities through large-scale investors such as the 757 Seed Fund and 757 Angels. 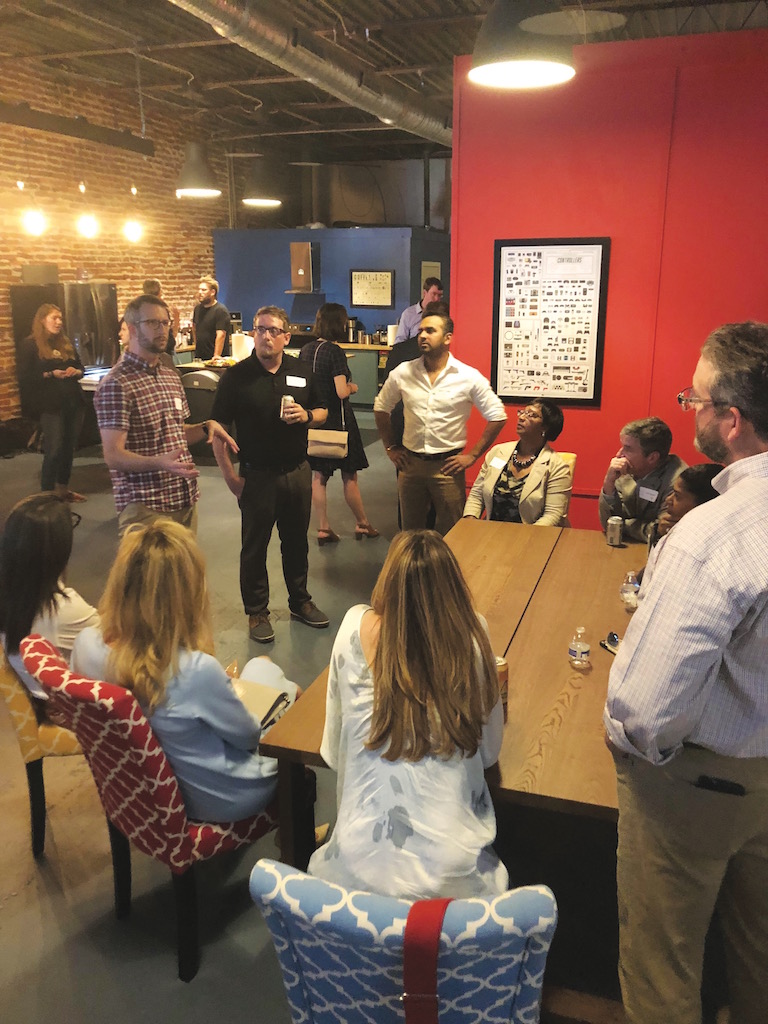 The budding entrepreneurs of 757 Accelerate participate in a roundtable session

With five successful startups under its belt and TowneBank as its title sponsor and largest financial supporter, 757 Accelerate is excited to launch its next accelerator program this fall. Applications for the 2019 program will be accepted late spring. Visit 757Accelerate.org to learn more.