Trending Now
Protecting Patient Data
Market Report: Health Care
How to Find Pandemic Relief with the Help...
Millennial Personal Appearance and the Law
Hacking is Becoming Less Human, More Robotic
Impacting the Workplace Loneliness Epidemic
Ransomware: What It Is, How to Avoid It...
Using Technology to Increase Employment Opportunities for Veterans
How Technology Has Caused a Shift in Marketing...
Out-of-Network Follies with Health Insurance
Women of Distinction

The Madison family is deeply rooted in North Carolina’s historic Lake Norman. Generations of Madisons were born and raised in the lake’s surrounding cities with little intentions of leaving. So, when basketball star Vickie Madison was presented with an opportunity at Norfolk State University, the prospect was met with equal parts apprehension and excitement.

Madison arrived to the port city in the mid-1980s ready to make her mark on the court and in the classroom. While the move proved an adjustment, she slowly adapted to Norfolk’s small town-meets-big city feel. It was at NSU that Madison also fulfilled her childhood dream of practicing psychology, which ultimately landed her in a decades-long career in education.

Psychology had been of interest to Madison long before high school. She explains that several family members faced mental health challenges, instilling in Madison a desire to broaden her awareness and a longing to help. Since realizing this dream, she has done far more than help—she has changed the lives of thousands of children and adults and, most importantly, has helped to equip young women with the skills to not just survive but to succeed.

Madison has worked diligently to build her robust portfolio of excellence. She spent 11 years in the Newport News Public School System in roles of student assistance counselor, middle school youth development administrator, college and career prep coordinator and SAGE (Superintendent’s Advisory Group on Education) coordinator. She simultaneously volunteered her time to several local and national organizations including The Junior League of Norfolk-Virginia Beach, Chesapeake Parks and Recreation and Delta Sigma Theta sorority. “I jump at every opportunity that comes my way,” she says. 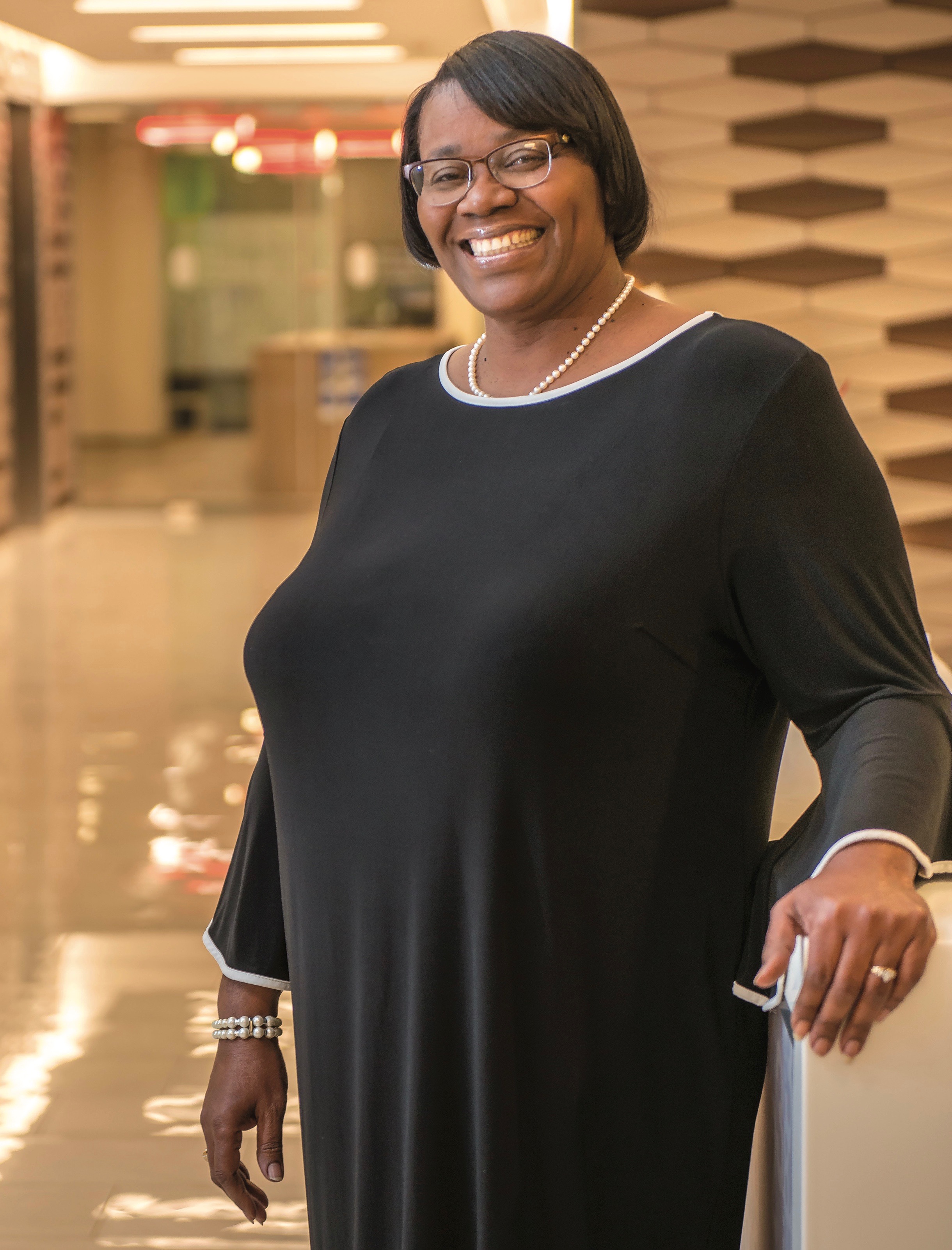 Madison’s first opportunity remains her most notable. After graduation, she launched her career at the Community Services Board of Chesapeake, now recognized as Chesapeake Integrated Behavioral Healthcare. She designed guidance programs and offered youth assistance throughout the school year but found a gaping need for student support during the summer break; thus came the creation of gender-based youth groups.

In the summer of 1995, after numerous co-ed trials, Madison established an all-girls youth group in Chesapeake’s Broadlawn community. The 10-week program launched without an agenda, rather simply invited female students to gather in the community. Madison helped them navigate the tribulations of high school and family life and offered advice she remembers needing as an adolescent. By November of 2000, the impromptu girls’ group had transformed into an official afterschool program at Newport News’ Woodside High School. The Excellence Girls’ Club now demonstrates a strong presence in Newport News, Chesapeake and Virginia Beach.

As the club continued to expand, Madison registered as an incorporated nonprofit. She received hundreds of dollars in support from the former Newport News Alliance for Youth and, over the years, recruited numerous teachers and counselors as sponsors. The club’s big break came in 2005 when the local Junior League chapter took on Excellence Girls’ Club as their three-year signature project.

Madison’s role as founder and executive director of the Excellence Girls’ Club is just one example of her dedication to empowering young women and minds. Her outstanding work ethic has since led to her current position as adult high school diploma program coordinator at Bryant and Stratton College in Virginia Beach. She now proudly guides students ages 18 to over 75 on their journey to graduation. But her job is more than just helping students earn a diploma, she says. It is about supporting people as they work toward a more enhanced life.

The YWCA, however, has a special place in Madison’s heart. “For years I’ve followed Women of Distinction honorees. I hoped that one day I would have done my piece in engaging with the community for the community at large to say, ‘You’ve been impactful’,” she says. “To have been given the honor of selection is awesome.”

As the leading woman in Education, Training and Development, Madison has officially arrived.