When she was a third-grade public school teacher, Lisa Howard recognized a problem: kids entering grade levels in which they weren’t ready for. With a background in early childhood education, she set out to create a solution. “I am a builder,” she explains. “I like to take an idea or issue from scratch, understand the root cause and creatively work collaboratively to solve it.”

A significant amount of brain development occurs in the early years, and if kids don’t have a good foundation before entering elementary school, it can continue to affect them throughout their educational career. “If children aren’t reading on grade level by third grade, it makes it harder and harder for them to catch up,” Howard emphasizes.

During the time she started this work, she had two young children and struggled to find high quality education for them. “My children were fortunate to have access to excellent early childhood programs,” she says. “I recall dropping my oldest son off at preschool and thinking every child should have the same opportunity as mine. That fueled my passion for this cause.”

In 2005 Howard became president and CEO of Smart Beginnings South Hampton Roads, a nonprofit created to support and improve early childhood education. During her years at Smart Beginnings, she was instrumental in implanting a Quality Rating Improvement System to enhance instruction in and the operation of centers serving children up to age 5; providing scholarships to improve the professional skills and career choices of childcare providers; introducing newborn and family screening at area hospitals to connect families to services in the community to ensure a good start for children; developing an awareness and advocacy program to drive parental demand for quality early education; and garnering support for major public and private investment in the childcare area.

When Smart Beginnings first began, one in five children in South Hampton Roads were unprepared for kindergarten. That number moved to one in 10.

After the nonprofit had accomplished everything it was created to do, Howard spun off Smart Beginnings to create E3: Elevate Early Education, a hybrid bipartisan statewide issue advocacy organization developed to raise awareness and advocate for strategic, data-driven investment in early education.

A part of developing E3 that, surprisingly, wasn’t in the original plan, was the design and build of the New E3 School, a model early education program located in Norfolk’s Park Place neighborhood. “We set out to raise awareness and advocate for data-driven strategic investments in early education, and so the school falls under E3 with the idea that if we could create a very innovative, state-of-the-art, demonstration-model school for the state, then that really would be the show and tell and the catalyst for policy change,” Howard explains.

E3 is a socioeconomic diverse, mixed income model school focused on the most important elements of high-quality early education that improve outcomes for all kids. “Everything that’s happening inside that school, the curriculum and the professional development and the coaching model, can really happen in any early childhood setting,” Howard explains. “Right now it’s being piloted in over 100 classrooms in the state.”

Another positive outcome of the E3 school is that is blends students from low-, middle- and high-income families so that all children have equal opportunities for learning and interacting with other children outside of their zip codes. “The earlier we can prepare children to relate to others, the better off we’re all going to be. There’s some really strong research to show that that not only has a strong impact on children from lower income families, but it positively impacts the middle- and upper-income children as well.”

There may be an assumption that the readiness gap is an issue affecting children solely from low-income families, but that’s not the case. “All too often we tend to think that it’s a problem or an issue for certain neighborhoods or certain children, and what the data really shows is that the children entering kindergarten not ready aren’t necessarily just low-income children but children from middle- and upper-income families too,” Howard says. “So I think the recognition that this really is an all children and all families issue was a really eye-opening one for me.” 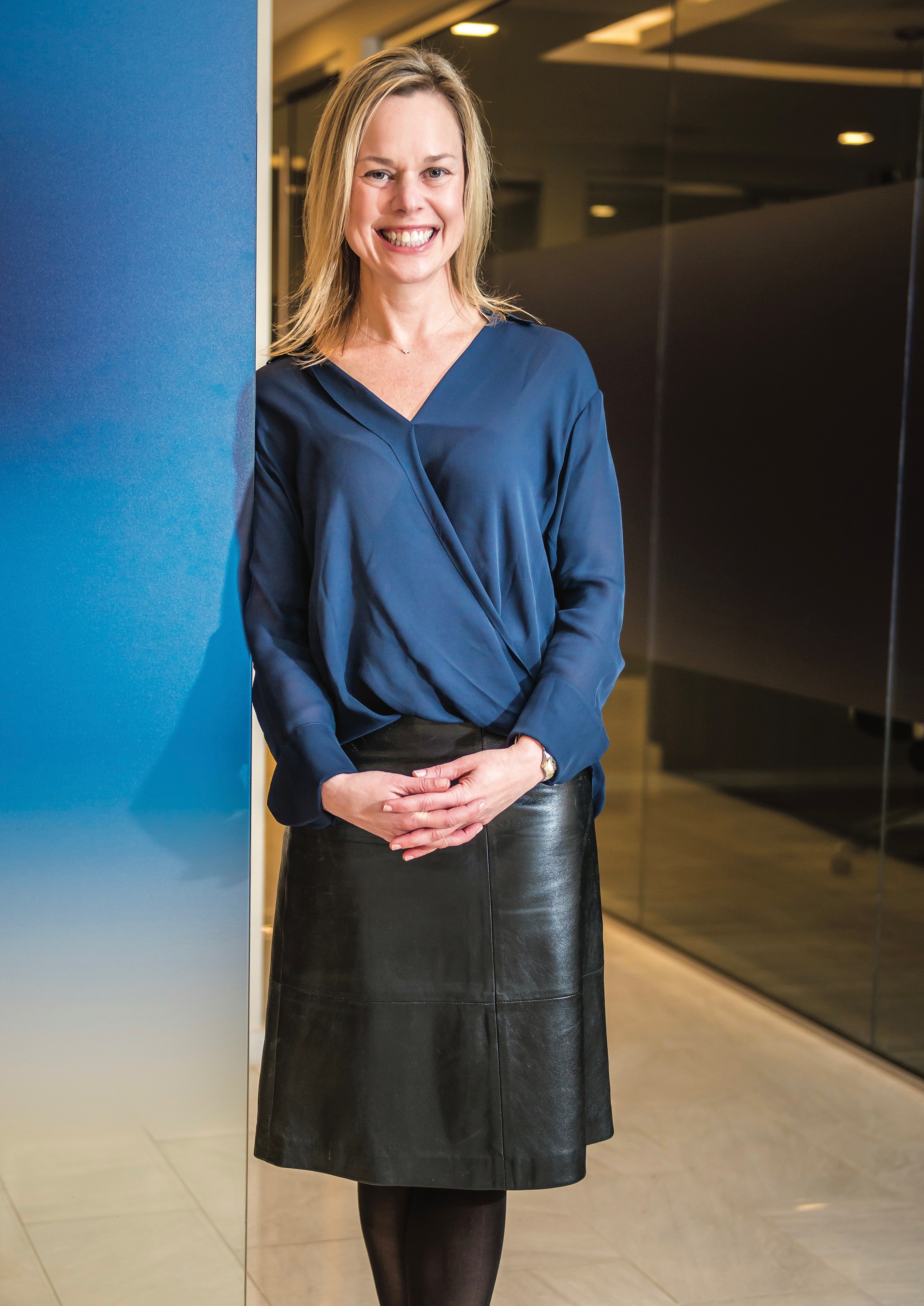 Howard’s latest endeavor has been the 2018 launch of WE3: Women Elevating Early Education. “The goal for us in launching WE3 was to cultivate and ignite and unite women as advocates for early education and continue to raise awareness—not only about the work that’s been done but about the work that still needs to be done,” Howard shares. “We see WE3 as a vehicle that can help to raise money for scholarships for low-income children to be able to attend the New E3 School, but we also see it as potential to be expanded in other parts of the state and rally women for this cause.”

Her work isn’t finished, but already the change Howard has sparked through outside-of-the-box thinking and innovative ideas has been monumental. “It’s been an amazing opportunity to take everything you know is good for kids and put it into one program so that this could impact even more kids and families.”