As a 10-year-old girl, Darleen Mastin would watch in admiration as her neighbor, clad in a familiar nurse’s uniform, headed out for her morning commute. Her idolization of nurses continued into her teen years as she voraciously read about fictional, mystery-solving nurse, Cherry Ames, and volunteered her time to the Red Cross. Now in retirement, Mastin looks back on those childhood dreams as the catalyst for her 43-year career in healthcare.

Mastin hails from Boston, Mass., but has called many U.S. cities home. She landed in Winston-Salem, N.C. upon her father’s retirement from the Navy, and it was there that she surrendered to her passion for nursing. She graduated from North Carolina Baptist Hospital with a nursing diploma in 1973, the same year she married Bill Anderson, a pioneer in tissue banking, who died in 2002.

Three years and three staff nurse positions later, Mastin followed her husband to Coastal Virginia. As he forged his career as the new head of the transplant program at Norfolk General Hospital, Mastin continued to chase her dream. She graduated from Old Dominion University in 1982 with a Bachelor of Science in Nursing and in 1985 received a Master of Science in Advanced Adult Nursing in Administration from Hampton University.

She spent the following years serving in varied capacities of a NICU staff nurse, coordinator and educator. As she climbed the healthcare ladder, several challenges followed, but rather than intimidating Mastin, the obstacles fueled her determination. “I always enjoyed the healthcare environment and found it very exciting and challenging,” she says. “I found the trauma program director role [at Sentara Norfolk General Hospital] very rewarding because it combined my clinical skills and interests with a leadership role. As the coordinator, I helped to lead Norfolk General in obtaining its Level I Trauma Center designation status.”

Mastin continued to transform several Sentara hospitals throughout Coastal Virginia as she took on larger, more impactful positions as director of nursing, vice president and site administrator of Norfolk General and later senior vice president of Sentara Health Plans. “I always viewed my administrative roles as an extension of nursing,” she shares. “I felt that I had a broader impact on the nursing units and in the delivery of care for patients in our hospitals.” 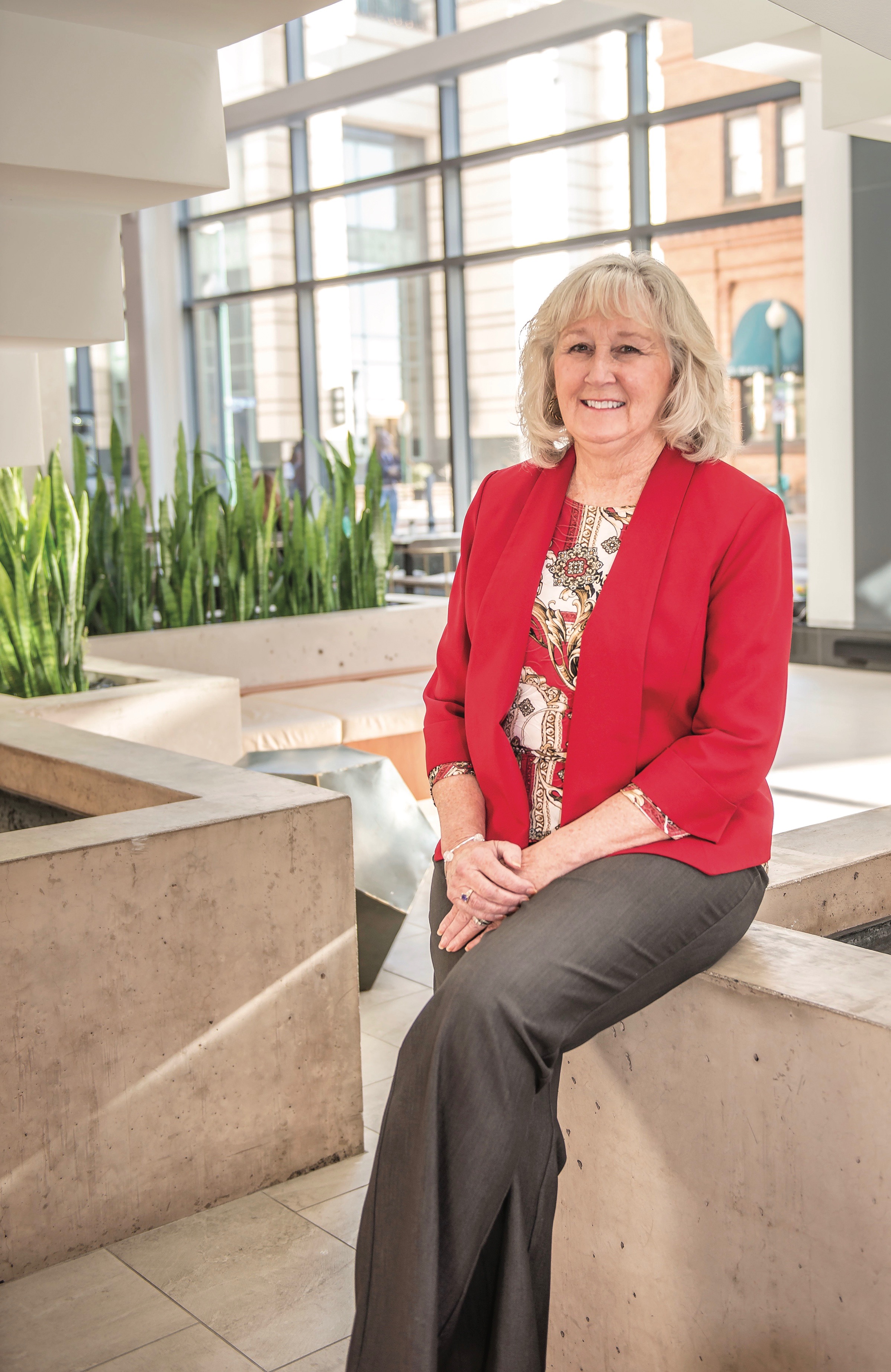 Mastin’s leadership seamlessly merged with her personal life when she accepted chief positions in worlds of religion, higher education and nonprofits. Some of her most notable affiliations include ODU as adjunct faculty, EVMS Foundation Board, John Leland Theological Seminary Board and the former chair of United Way Board of Directors. When Mastin retired from her 12-year stint at Sentara in 2016, she invested full time in her responsibilities as a women’s advocate, volunteer, grandmother and traveler.

Of premier significance to Mastin is her involvement with Women United. Arguably her largest contribution to the organization is her participation in their 10 for 10 initiative. The program invites 10 female philanthropists every year to give $10,000 to benefit the Women United Endowment Fund. Mastin donated for the first time in 2010 and has given at the $10,000 level since 2012. Her work with Women United is more than financial, however. Mastin strives to find solutions to the challenges at-risk women face and implement her solutions by funding programs and recruiting talented women to help. “Our goal is to improve and sustain the lives of women and their children by addressing [issues like providing food, shelter and work opportunities] and meeting their needs,” Mastin says. “But more importantly, mentoring them toward a sustainable economic lifestyle that leads them successfully out of poverty.”

Lack of food is one social detriment Mastin seeks to improve through her work at Thalia Lynn Baptist Church’s weekly food pantry. Every Tuesday at 7:30 a.m., Mastin and the ministry volunteer team begin food pantry preparations by taking the trucks to the Foodbank of Southeastern Virginia and the Eastern Shore, collecting and loading nearly 2,000 pounds of canned goods and delivering them back to the church. There, cans are unloaded, organized, placed into bags and distributed to anywhere from 30 to 60 families. “It’s a long day with lots of physical labor, but I enjoy the physical workout with the spiritual purpose,” Mastin says. “And again, it aligns with my desire to help others and impact one of the social detriments of health.”