Charlene Cattoi is more knowledgeable than most about the WIC (Women, Infants and Children) Breastfeeding Program, both from a professional and a personal standpoint. The program in which she works as a breastfeeding peer counselor came into her life at a time when she most needed it. “I was on WIC,” she shares, “and I was a breastfeeding mom.”

In 1988 Virginia Beach Department of Health piloted a program with an aim to increase breastfeeding numbers, and they started by reaching out to breastfeeding moms. At the time, Cattoi was tandem nursing a toddler and an infant. She came on board as a volunteer, handing out materials and breastfeeding her children in public. “I came on during that pilot program, and I’ve been here ever since,” she says.

Cattoi has now dedicated more than 30 years with the Virginia Department of Health, supporting mothers assisted by Norfolk and Virginia Beach WIC. “During her many years at WIC, Charlene has had the opportunity for growth and advancement within WIC and even entrepreneurship as an IBCLC (International Board of Lactation Consultant Examiners),” says Tina Santee, who nominated Cattoi for the Women of Distinction award. “But she could never imagine leaving the most needy behind.”

“I think that the moms who breastfeed need that encouragement,” Cattoi says. “Our goal when they’re pregnant is to introduce them to breastfeeding and give them that information, that empowerment, to feel like there’s somebody to go to for help.”

Cattoi has served on various boards and advisory committees within the Department of Health in support of infant nutrition and breastfeeding services and policies and has been instrumental in promoting legislative efforts, making public breastfeeding a right in Virginia and allowing breaks for women to pump when returning to work, “Statistically, organizations are on board because they’re seeing that mothers who breastfeed—their babies aren’t as sick—so that means that’s less time that they miss from work,” Cattoi says. “It’s a win-win situation.”

Santee recalls a time when Cattoi was assisting a mom with a special needs infant who thrived greatly from her breastfeeding, but the woman’s employer told her to return to work or get fired and that she wasn’t allowed to take breaks to pump. “Charlene armed that young lady with a packet with the Virginia breastfeeding law and a form letter she drafted and told the young lady, ‘If your boss has something else to say, give him this and then have him call me, I’ll get it straight.’”

Santee says that serving WIC clients of all races and nationalities has been a hallmark to Cattoi’s support of YWCA’s mission of eliminating racism. “Some of the clients who have turned to Charlene for support have done so after dealing with bias and racial discrimination from their medical team and/or employer and literally have no place else to go,” she says on the nomination form. “Charlene provides them refuge and empowers them to know their worth. She works hard to recruit women from all walks of life, from every race, to become peer counselors to bridge and close cultural gaps that exist in breastfeeding. She understands that women of color face health disparities in numerous areas from the high number of preventable African-American breast cancer deaths and lack of available resources. Charlene is very vocal in trying to ensure that every woman, no matter their race, has access to mammograms and other breast health resources by promoting free programs like Every Woman’s Life (EWL).” 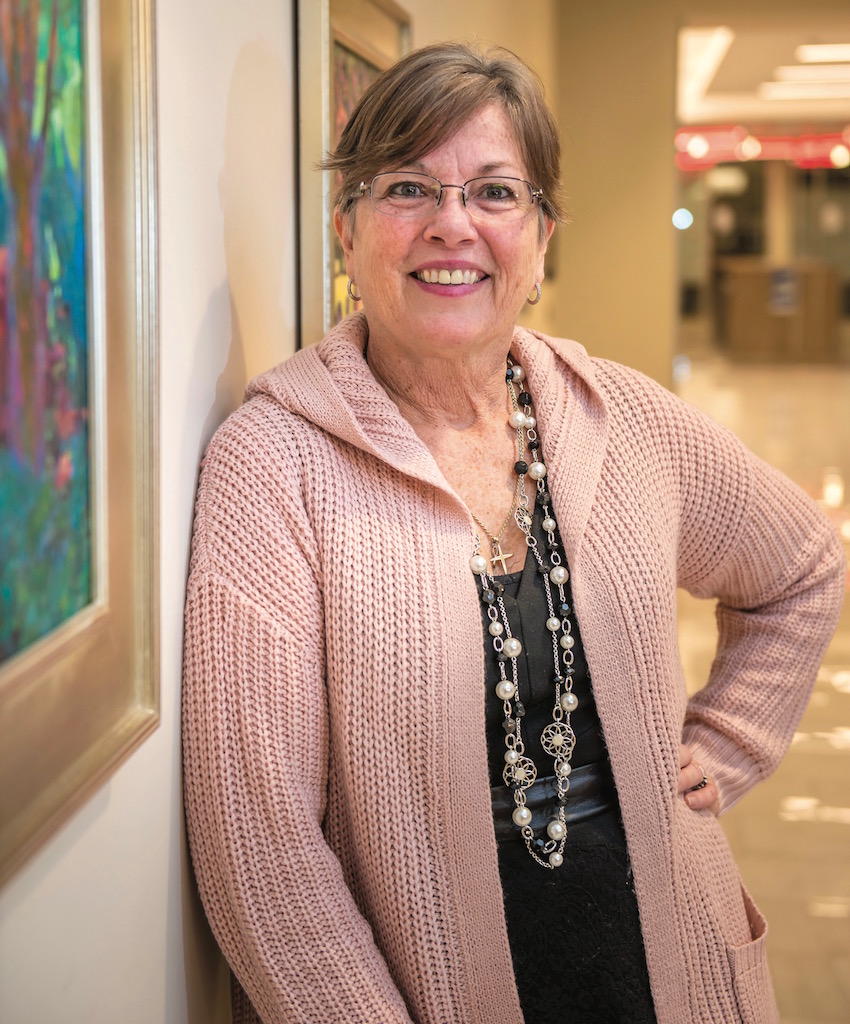 One reason Cattoi is so adamant about ensuring that all women have access to breast health resources is related to personal experience. Cattoi is a three-time cancer fighter. She was first diagnosed when she was 44 years old in 2001. “I thought, how did I get cancer?’ But I did,” she shares. Then in 2012, cancer was discovered again, leading to a full hysterectomy. The cancer returned for a third time in 2017. “It’s still breast cancer, but this time it’s metastatic,” Cattoi says. “It’s moved to my lungs and my abdomen.”

Through everything she’s experienced in her own life, Cattoi still provides a shoulder to lean on to anyone who needs it. Santee describes a time when she came to Cattoi after receiving bad news from her own mammogram. “She immediately hugged me, she listened to me, calmed me, she drilled me, making sure I made my follow-up appointment. Then true to Charlene’s style for all who knows her, she made me laugh out loud,” she shares. “What is so remarkable about Charlene is all the while in her loving me through my crisis, that in a matter of weeks, she had unexpectedly and tragically just lost the love of her life and found out her cancer had returned for the third time. To me ,that is the definition of a woman of distinction, to be there for the next woman as a sister, counselor, mother, nursemaid in the midst of her own pain.”

“My life may be going to hell in a handbag,” Cattoi chuckles. “But I’m not the only one needing help. I’m in a position where I get to see it. You do what you can with what you can, and you hope it makes a difference.”