City illustrations of Twittering Bird capture our area’s defining characteristics with emblematic landmarks and cherished pastimes in a quilted pattern of hometown symbols.

The 11-by-14-inch digital illustrations by Virginia Beach artist and graphic designer Cassie Rangel bring out a collage of icons from Coastal Virginia cities. The little world of Norfolk blends together Ghent’s towering Christ and St. Luke’s Church, a rolling bicycle, an ice cream cone, The Pagoda, the Battleship Wisconsin, Naro Expanded Cinema and a food truck. Meanwhile, Cape Henry Lighthouse, Cavalier Hotel, a banner-towing airplane, a flying kite, King Neptune, a surfboard and a sea turtle all come to life in the Virginia Beach print. 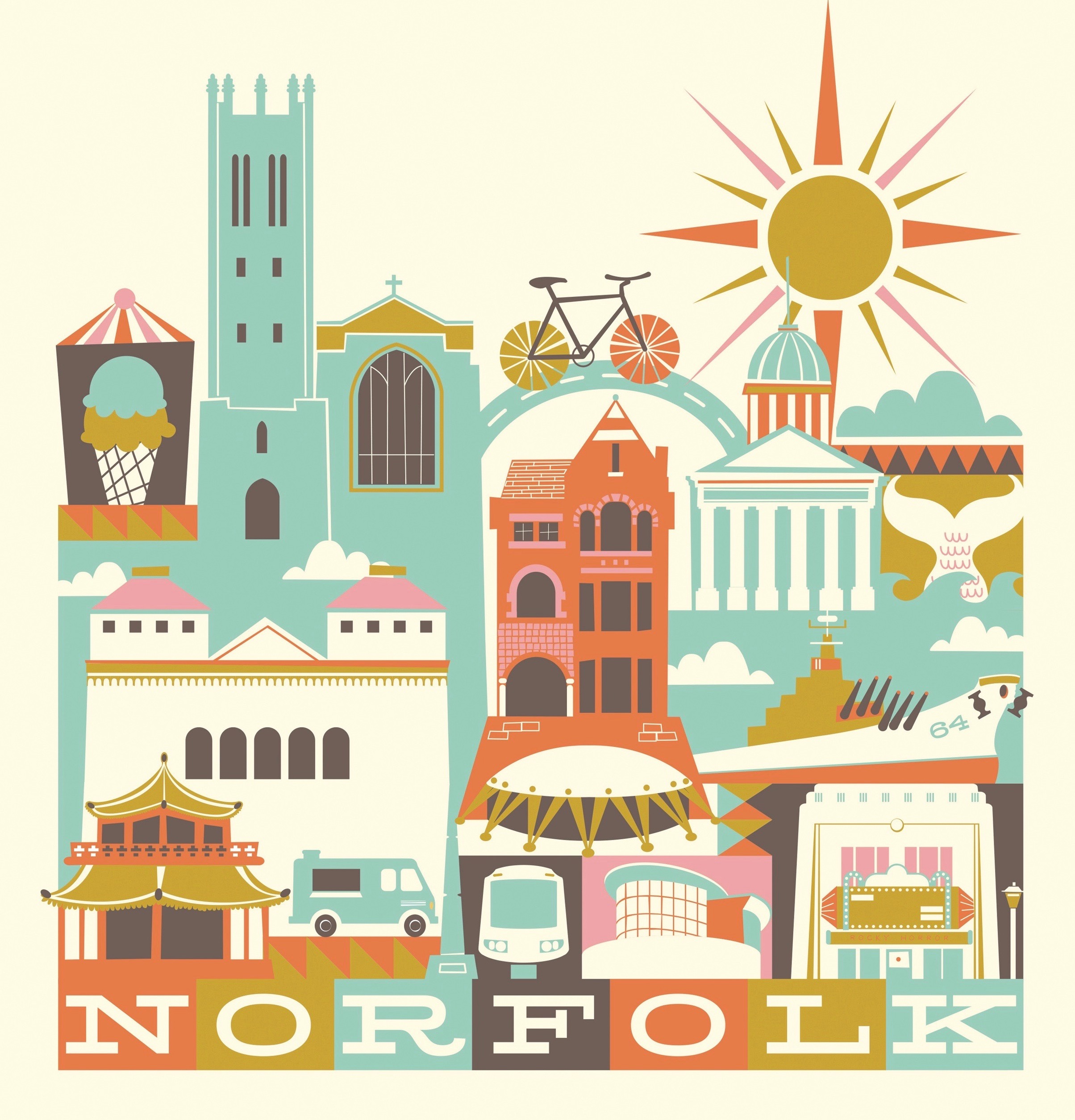 Twittering Bird’s city series began as a personal project from Rangel’s desire to illustrate her home city of Norfolk at the time, initially creating 50 prints for Christmas presents before making them available for purchase at the local shop Kitsch in Ghent. Rangel then went to work on a companion piece to Norfolk with her next illustration of Virginia Beach, and from there the passion project took off as a small business. The Twittering Bird city series continued with Chincoteague Island, Hampton, Portsmouth and Williamsburg.

“I identify a place, and then I work on a list of what I think really captures the place, whether it be buildings, landmarks, things like that,” Rangel shares. She then works each day on one tiny element and ends up with about 15 to 20 objects to illustrate. “I combine them all sort of like making a quilt; I make them all fit together. That’s where the freeform part comes in.” 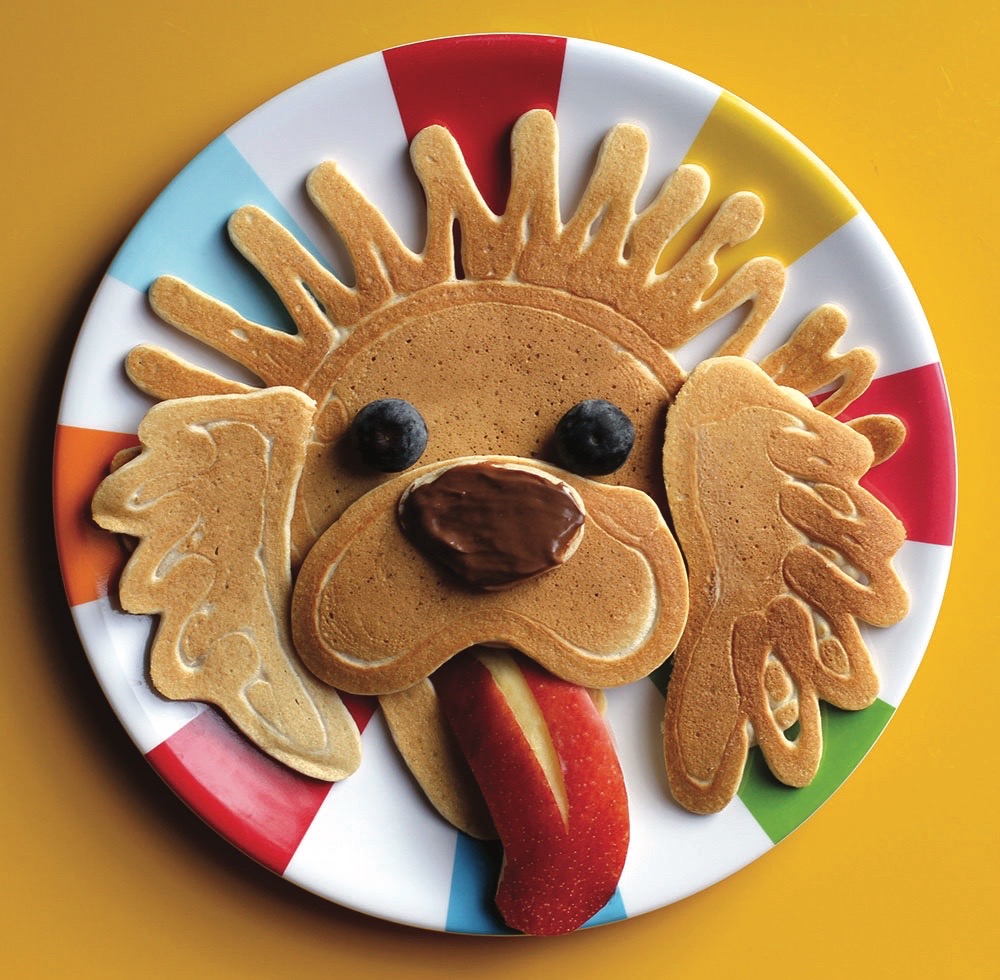 Rangel spreads out her work on each city over the course of a month for an hour a day (if she’s lucky), she admits. She balances her illustrations with her position as a graphic designer and with her family, who has inspired her other creative talent—pancake art. Using batter and food coloring, Rangel has designed breakfast masterpieces in the form of pancakes with Captain Hook, “Where the Wild Things Are,” “The Cat in the Hat” and Charles the Monarch, the Norfolk Lion Dog—all for her son to eat up with pleasure.