Trending Now
From Livable to Luxurious
Protecting Patient Data
Market Report: Health Care
How to Find Pandemic Relief with the Help...
Millennial Personal Appearance and the Law
Hacking is Becoming Less Human, More Robotic
Impacting the Workplace Loneliness Epidemic
Ransomware: What It Is, How to Avoid It...
Using Technology to Increase Employment Opportunities for Veterans
How Technology Has Caused a Shift in Marketing...
Top Lawyers

As the Top Lawyer of Labor and Employment Law, Lisa Bertini Sticks Up for Her Clients’ Rights

As children, our daydreams of future careers fleetingly wavered between veterinarians and astronauts, teachers and chefs. This was not the case for Lisa Bertini.

At just 8 years old, Bertini began preparing for her life as an attorney. The film To Kill a Mockingbird played endlessly on her television set, during which time Bertini and her father would discuss the movie’s injustices and legal disparities. Bertini was also profoundly inspired by her father’s retelling of Clarence Darrow stories. Her desire to practice law, however, was not only rooted in these external motivations but was deeply seeded in her character.

“My mom said my favorite thing to say was, ‘That’s not fair,’” Bertini remembers. “A lot of kids say that, but I’d always take it to the next level.” She recalls instances in the local supermarket in her hometown of Ocean City, N.J., when as an elementary student, Bertini would ensure shoppers and staff were corrected for wrongful behavior.

Her tenacity remained through adolescence, leading her to pursue an undergraduate degree at Georgetown University and to earn a J.D. from the College of William & Mary’s Marshall-Wythe School of Law. Bertini has since passed the Texas, Virginia and District of Columbia Bar, managed her own firm for 14 years and now presents a robust portfolio of notable cases, council affiliations and personal honors by esteemed publications like Super Lawyers and Virginia Business.

Bertini explored criminal law and commercial litigation during the infancy of her career, and while both proved as exceptional opportunities, neither seemed like the right fit. She later found her niche in contracts and civil matters and spent the first half of her career working the defense side of employment law. 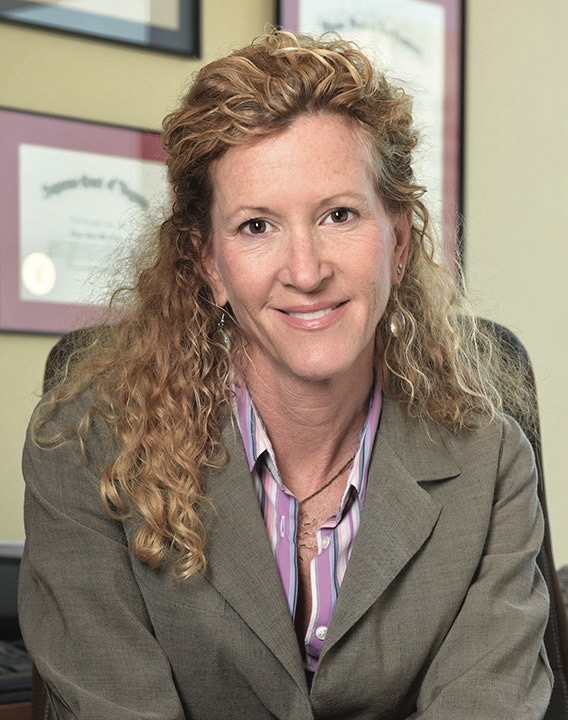 About 16 years ago, Bertini traded her large firm job and powerful company clients for plaintiff work, a field she and her associate, Darius Rohani-Shukla, currently practice at Bertini Law, P.C. in Virginia Beach. While the previous defense work gave Bertini a leg up on the plaintiff side, the burden of proof has made her job significantly more challenging but all the more interesting.

“The reason I love my job is because it’s completely curious. It’s humbling. I’ve been doing this for 32 years, and it is rare a week goes by that I don’t think of something I’ve never thought of before,” says Bertini.

Working creatively with the law and a set of facts to make a concrete situation fluid is part of the thrill for Bertini. Getting to stand up and fight for her clients, however, is paramount. “I have a job that lets [me] stick up for people for a living,” says Bertini. “It’s tough, though, because the people who come to me have either just lost their job or are afraid they’re going to lose it, so I have to deal with that as well as the legal piece.”

Bertini also explains that a large part of her day-to-day is telling clients they might not have a case. She works tirelessly to examine every angle of a potential suit, but sometimes a complaint just won’t stand in court. “There was a learning curve there,” she says. “[I] have to be appropriately a lawyer, yet also want to remember to be compassionate. The two pieces have to work together.”

Recent developments in gender rights and the #MeToo movement have also diversified Bertini’s strategies. She explains that many clients who come forward with harassment charges are unaware of the incredibly tight timeline the law demands, such as reporting sexual harassment in the workplace within 300 days. “Women [and men] have to understand that the court of public opinion and courts with judges and juries are two very different things,” she says.

Refusing to become defeated by these statutes of limitations, Bertini remains strong for her clients and constantly works to unearth new ways to maneuver the law and accommodate social change. “Expertise is based in part on experience, so I feel very comfortable knowing now that I absolutely will not ever know everything. I must keep up, it’s my duty,” she says. Bertini habitually scans Virginia Lawyers Weekly and interacts with plaintiff-oriented attorneys in Maryland, Virginia and D.C. through a digital networking program offered by the National Employment Lawyers Association.

Finding ways to stand up for her community outside of the courtroom, Bertini is also extremely active in the Holocaust Commission of the United Jewish Federation of Tidewater. She is currently serving her second year of a two-year term as chair of the commission and is passionate about furthering education through What We Carry, a platform on which the organization allows Holocaust survivors, rescuers and liberators to share their stories. Although Bertini was raised Catholic, she married into a Jewish family and has gained significant respect for the faith and its heritage. “Getting to work with the Holocaust Commission and its board is absolutely the honor of my lifetime,” Bertini says proudly.

Stopping Harassment in the Workplace Before It Starts