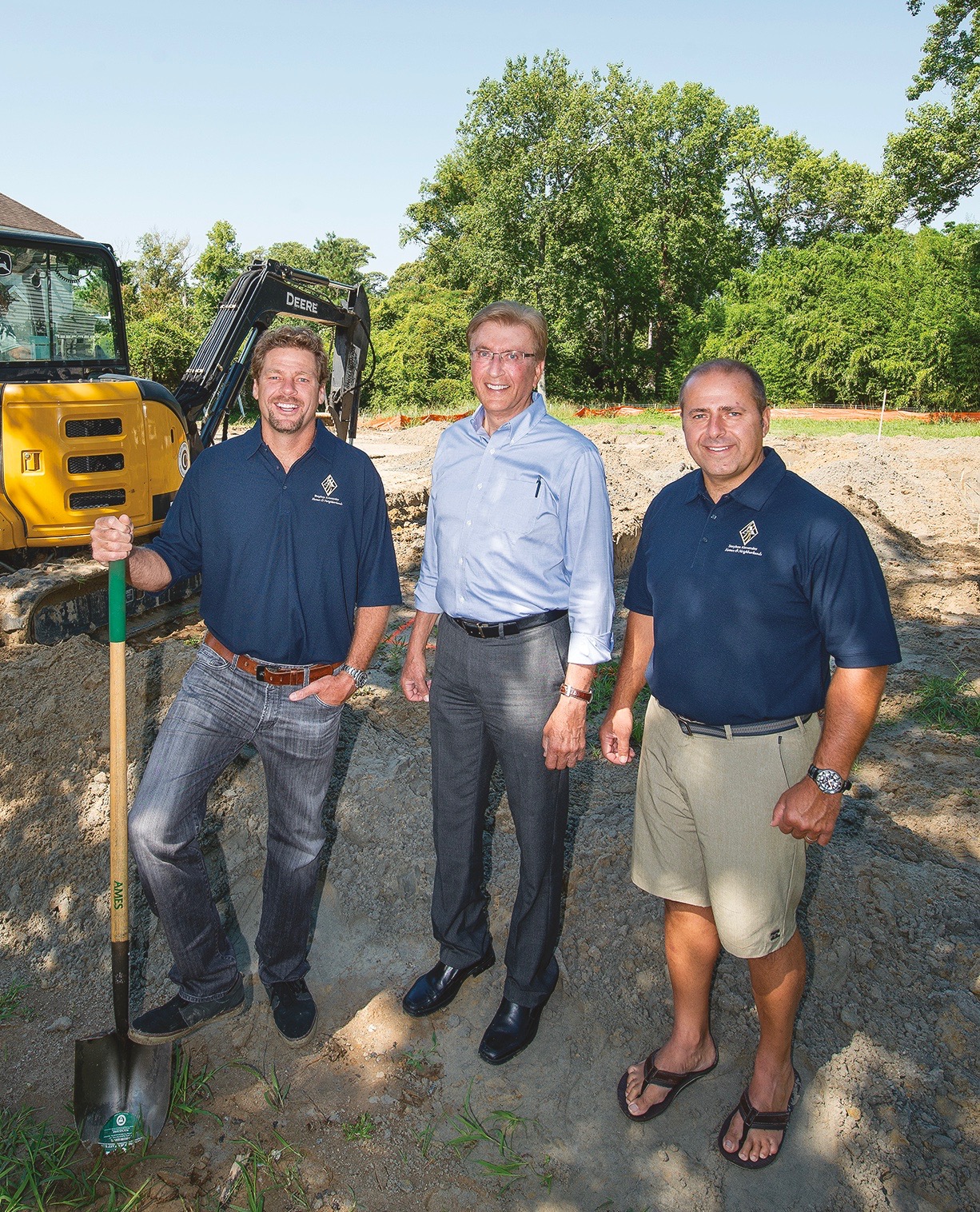 “Over the years, I’ve found that people are most concerned about two things—‘Can I trust you?’ and ‘Do you care about me?’”

These two questions echo through the living room of Steve Quick Sr.’s riverfront home as he reflects on his 30-plus years in the homebuilding industry. He speaks of architecture, electrical work and negotiating rezoning projects with the city, but at the forefront of every conversation is the client.

Steve and his two sons, Stephen Quick IV and Alexander Quick, are careful to place the personal needs of homeowners at the crux of every build. Their responsibilities as principals and partners of Stephen Alexander Homes & Neighborhoods is, after all, to create functional dream spaces for families of all sizes.

“We contemplate how people want to live, and we really try to make the space work together so that families feel connected,” explains Stephen. “It’s really important, we think, for people to be together even if they’re doing different things.”

The care and attention the Quick family pays to their clients is what sets Stephen Alexander Homes apart from other builders in the region. Their journey as architects, designers and dream makers proves that any house can be built with brick and mortar or vinyl siding, but a home must first be laid on a concrete foundation of trust.

Stephen and Alex spent much of their childhood between their Kempsville home and the white foam surf of the Outer Banks and Virginia Beach Oceanfront. Their mother, Linda, remembers Stephen as a sun-kissed 3-year-old running amok at the North End while Steve recalls the two brothers as budding young surfers piling into their aunt’s car in search of North Carolina waves.

As the boys grew older, Steve would often have them trade the surf wax for hardware as he slowly introduced them to the world of homebuilding. “Alex and I grew up working for my dad’s company. We worked on and off for him doing everything from sweeping to putting in door knobs,” remembers Stephen. “[We did] whatever had to be done.” 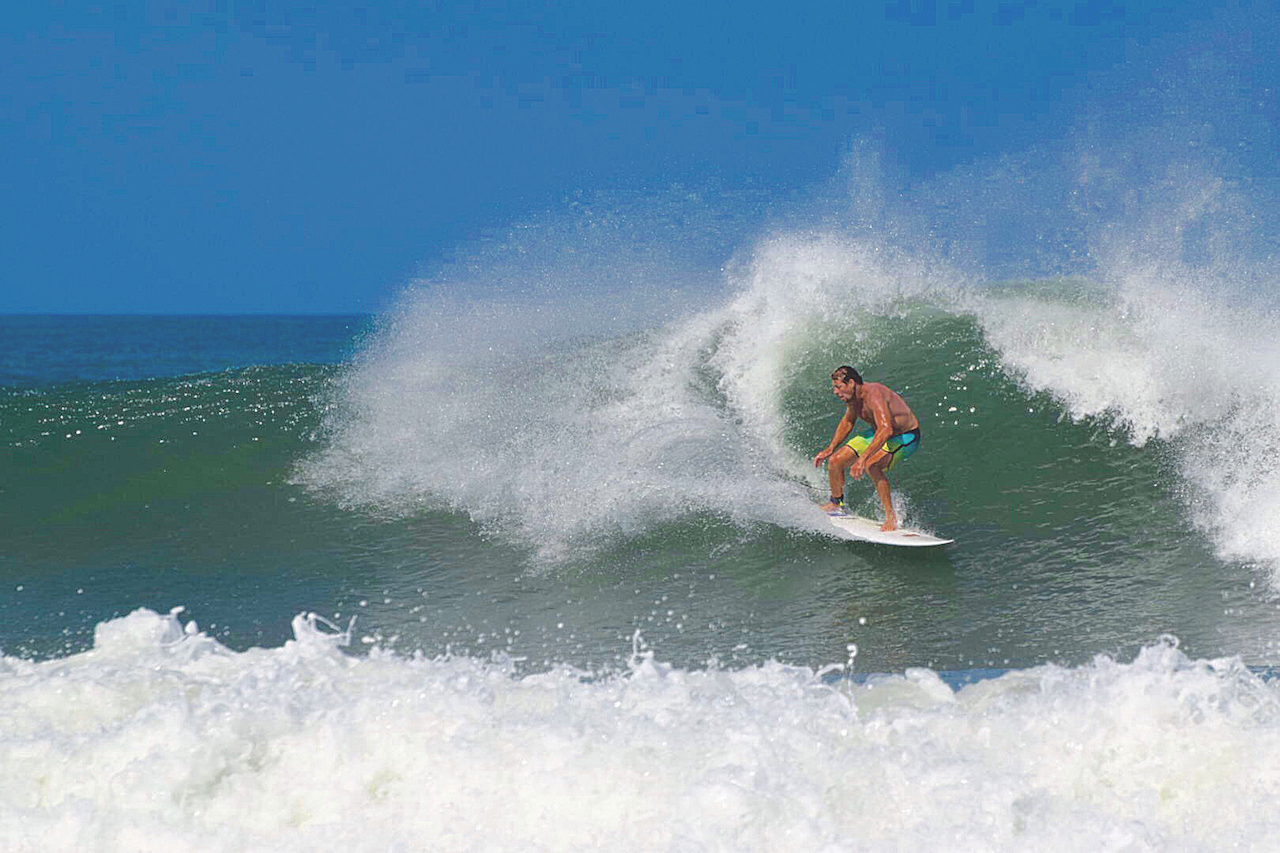 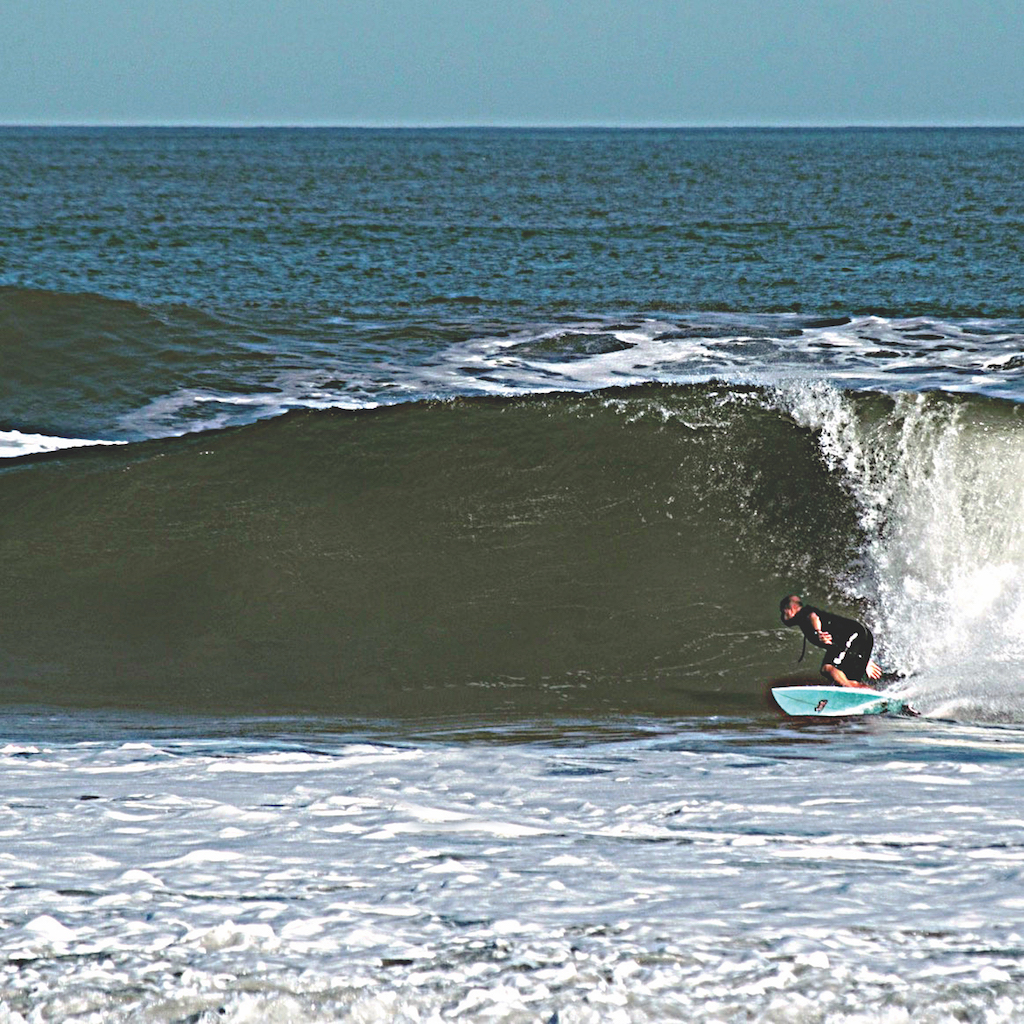 When Alex and Stephen aren’t swinging hammers, they can often be found hitting the waves at the North End, or on occassion, traveling to a favorite surf spot. Top: Alex, Costa Rica, 2017; Bottom: Stephen, Rodanthe, 2017.

The brothers gained even greater exposure to construction when their parents left Kempsville for a custom build on the banks of the Lynnhaven River. Their Middle Plantation home required significant framing work and extensive repairs to the bulkhead, both of which Stephen and Alex helped to complete.

Steve and Linda ultimately settled in, leaving their sons to blaze their own trails. Stephen went on to accept a job with the film unit at the locally operated Christian Broadcast Network while Alex would pursue an undergraduate degree at Old Dominion University a few years later. Despite their workload and coursework, either the waves or an odd construction job would bring the two back to the beach. “It never occurred to us that we’d ever go anywhere else,” says Stephen.

From the Ground Up

Life continued to move forward for the Quick family with marriages, grandchildren and career advancements. By the late 1990s, however, the family’s growth accelerated quickly as Stephen and his wife received news that they were pregnant with triplets. Their excitement was mixed with angst as their family expanded from four to seven seemingly overnight. Realizing that his set-building job with CBN would prove insufficient in providing for his growing family, Stephen searched for an alternative.

Stephen approached his dad with the idea of starting a father-and-son homebuilding business, as well as a potential first project. At the end of Stephen’s street in the Windsor Woods community was a single-family home in desperate need of an overhaul. The likely project coincided perfectly with Alex’s graduation, affirming to Stephen that a family business was not only possible but destined. With his father and brother on board, the trio established Stephen Alexander Homes in 1998. 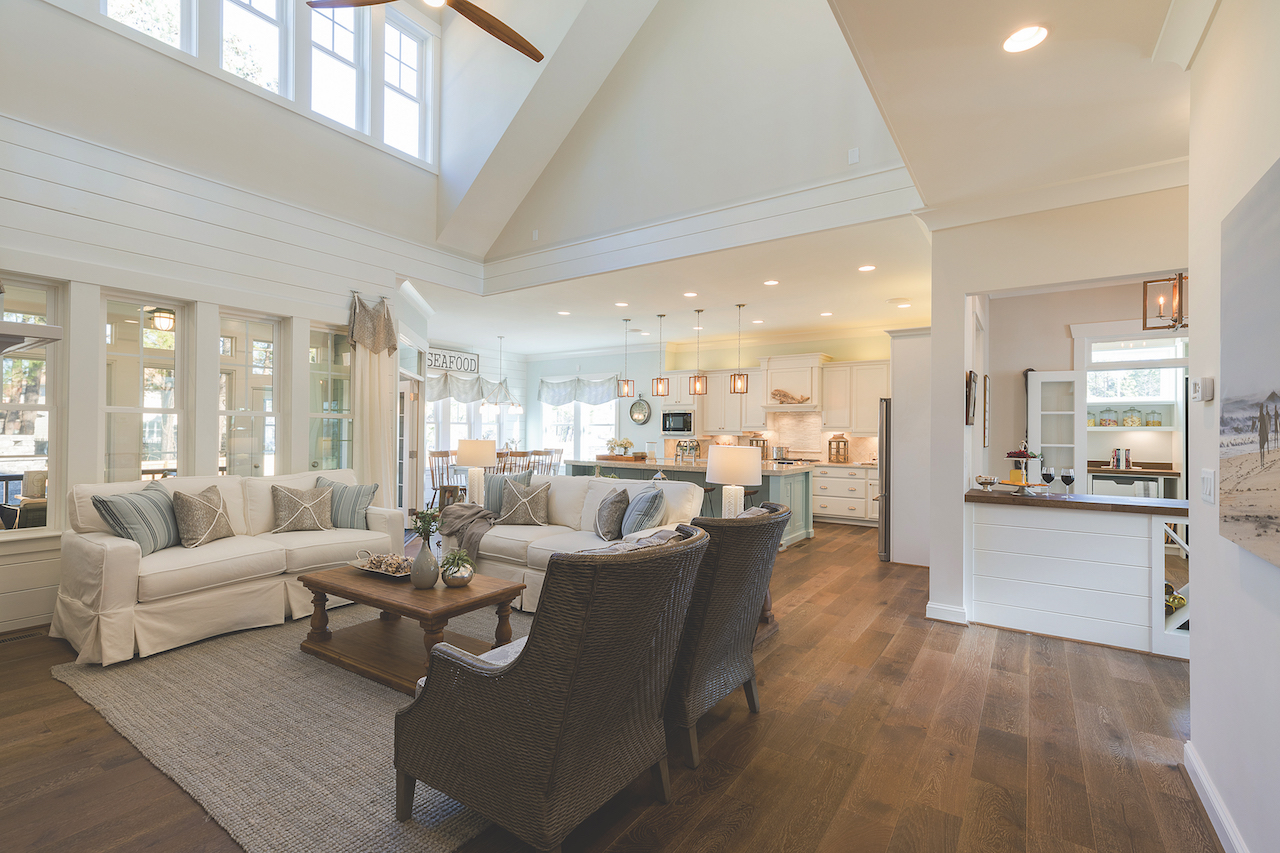 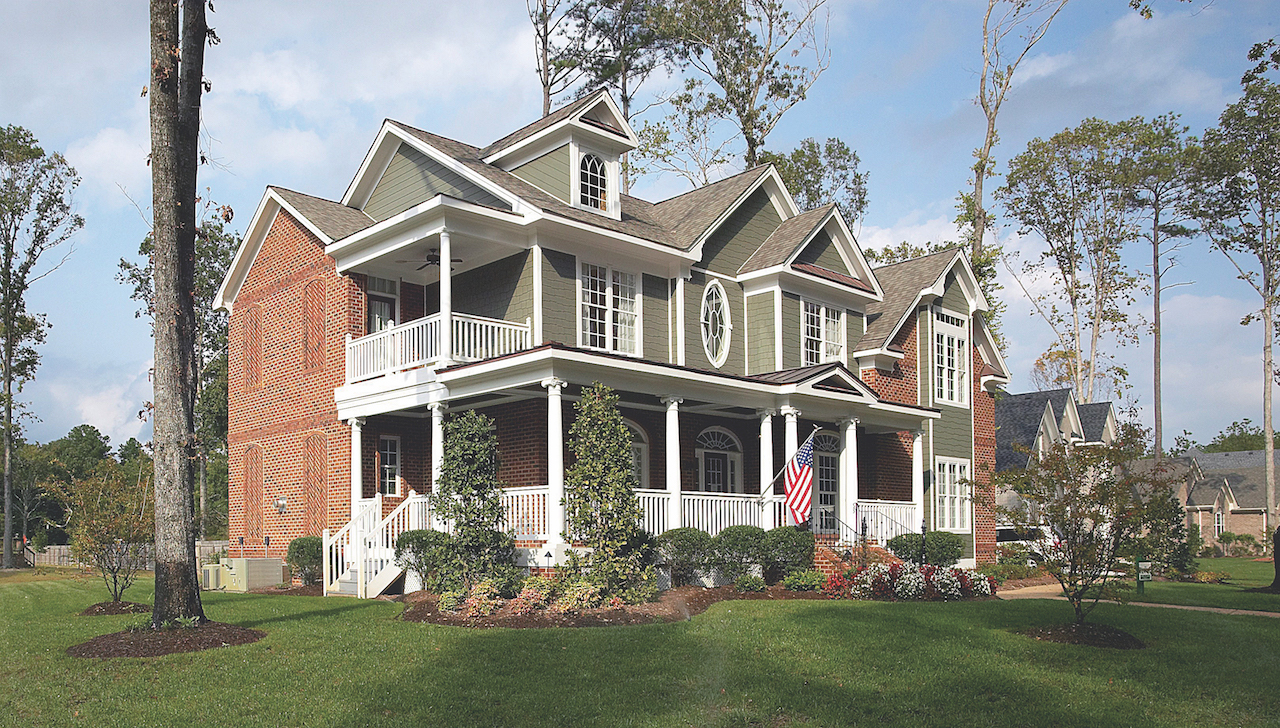 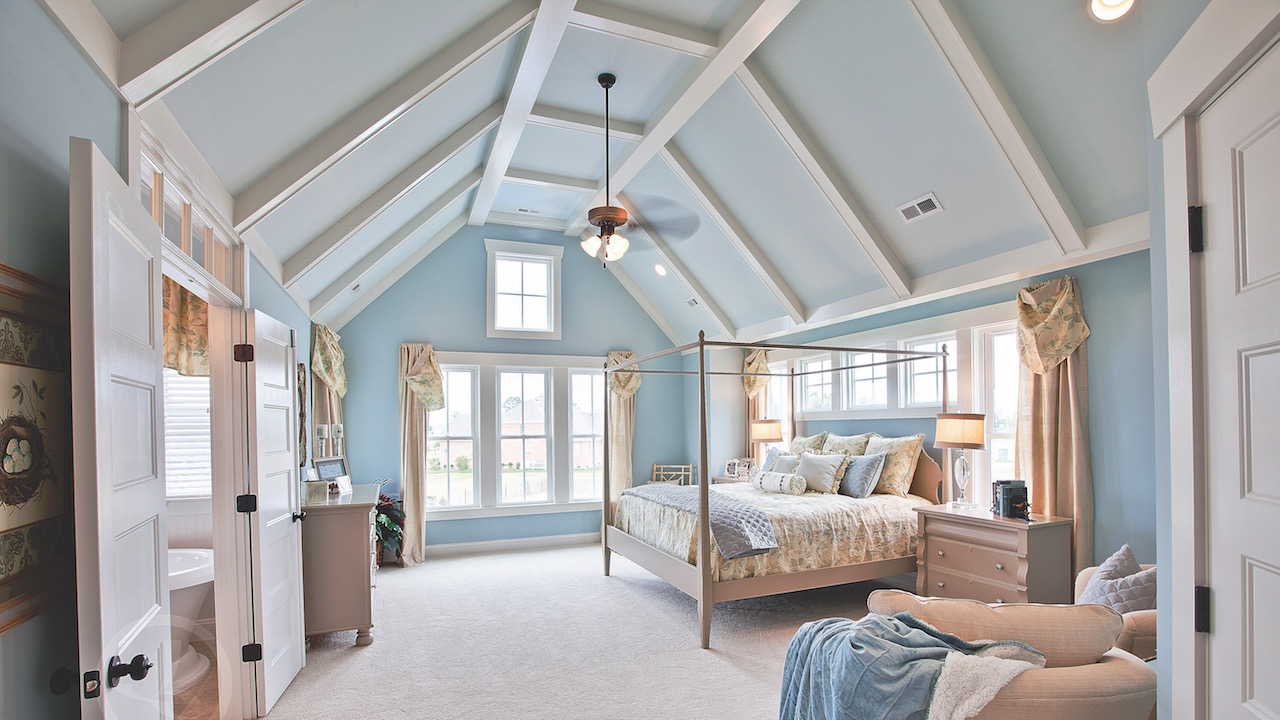 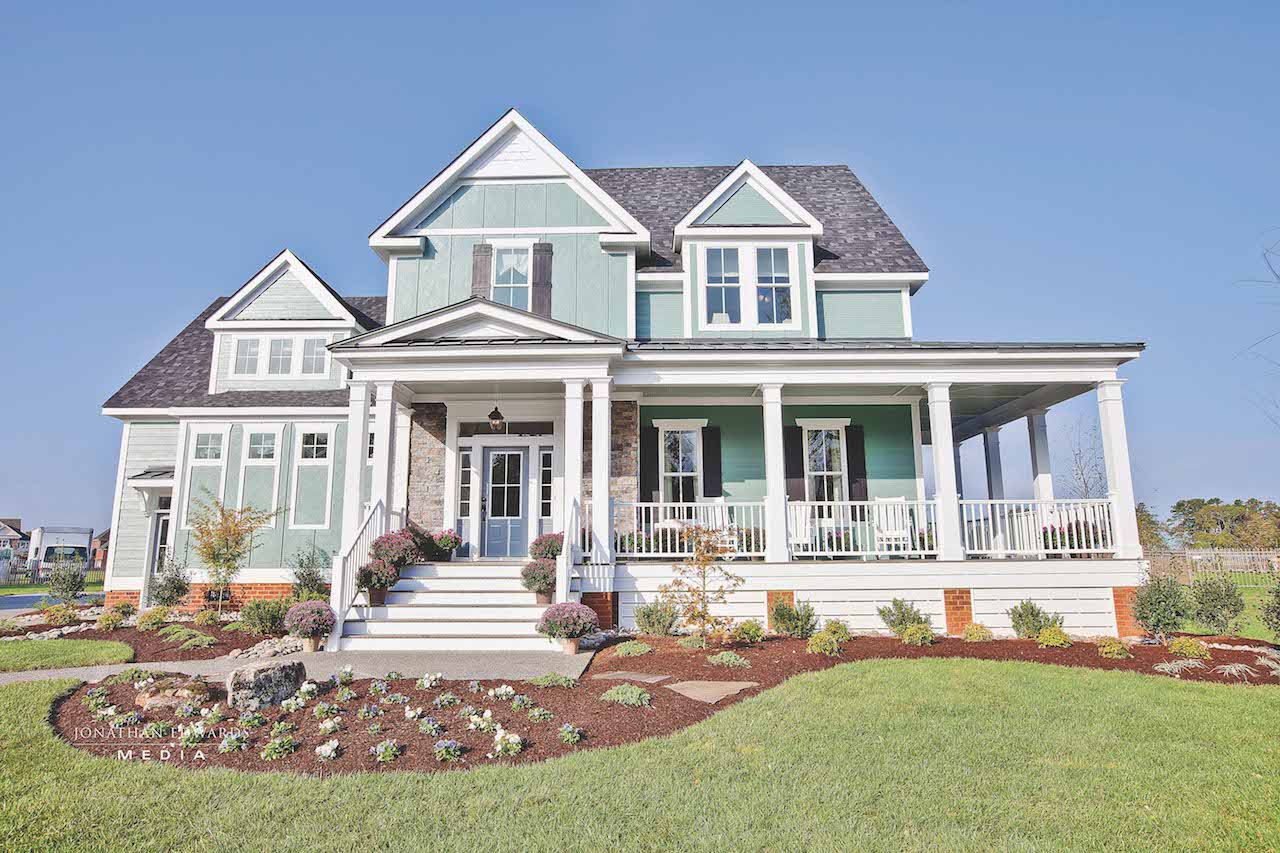 The three Quicks have since built hundreds of custom homes in communities across Coastal Virginia. Variations of their over 30 floor plans are found throughout Virginia Beach, Chesapeake, Norfolk, Williamsburg, Newport News, Suffolk, Smithfield and, soon, North Carolina. Stephen Alexander has also participated in numerous Homearamas and has been the key contributor to the Coastal Virginia Magazine Idea House for the past four years.

In hindsight, Steve believes that Stephen’s eight-year stint with CBN was paramount to his development as a builder and designer. It was at CBN that Stephen and his constant companion of a carpenter’s bag were exposed to a variety of design techniques that allowed Stephen to hone in on his natural ability to create and construct.

Alex also believes that developing his father’s passion for architecture was simply in their blood. “Building was the natural progression for us,” he says.

Their reputation as one of the region’s most respectable building companies was not instantaneous, however. The Stephen Alexander team had to set themselves apart.

When the Quicks first began building under the name Stephen Alexander, their designs followed much of the same architectural footprint as some of Virginia Beach’s most vetted builders. “One of the things we are known for now is architecture and lifestyle, but our first job really wasn’t about that,” explains Stephen. “We built pretty much what everyone else was building at the time.”

Determined to prevent their business from becoming mainstream, Stephen and Alex traveled to the International Builders’ Show in Atlanta, Ga. for inspiration. The show revealed to the Quick brothers that Coastal Virginia architecture was lacking in several of the million-dollar accents found in the South. The show homes in Atlanta were not towering brick residences but rather classically-inspired homes boasting expansive porches, ornate columns and tasteful stone features.

The classical architecture reminded Stephen of family trips to Williamsburg where the occasional passersby would voice their longing for a Colonial-style home. It was during these moments of nostalgia that Stephen realized the true impact architecture had on society, instilling in him a desire to spark the next architectural revolution.

“After the show, we started experimenting with drawing things ourselves and working with other local architects to make our own [visions] come to life,” explains Stephen. “We started studying classical architecture and started to bring that out more in what we were doing.”

Stephen Alexander now offers a robust portfolio of Virginia lifestyle homes including the Cape Charles, The Gloucester, The Blacksburg, an Eastern Shore Cottage as well as the trending Nantucket lifestyle. “[Coastal homes] are a niche that we have, so everyone expects a little more detail from us,” explains Alex. “We’re trying to stay on the cutting edge of things that are trending.”

The evolution of Stephen Alexander Homes is also due in large part to its clients. “A lot of our best ideas come from our customers who have said, ‘I want to do this, but am not sure how,’” says Stephen. “That’s where our imagination comes in. We think in thousands of colors while some only think in five, so we encourage them to tell us what they want, let us think on it for a bit, and we can imagine it into existence.” 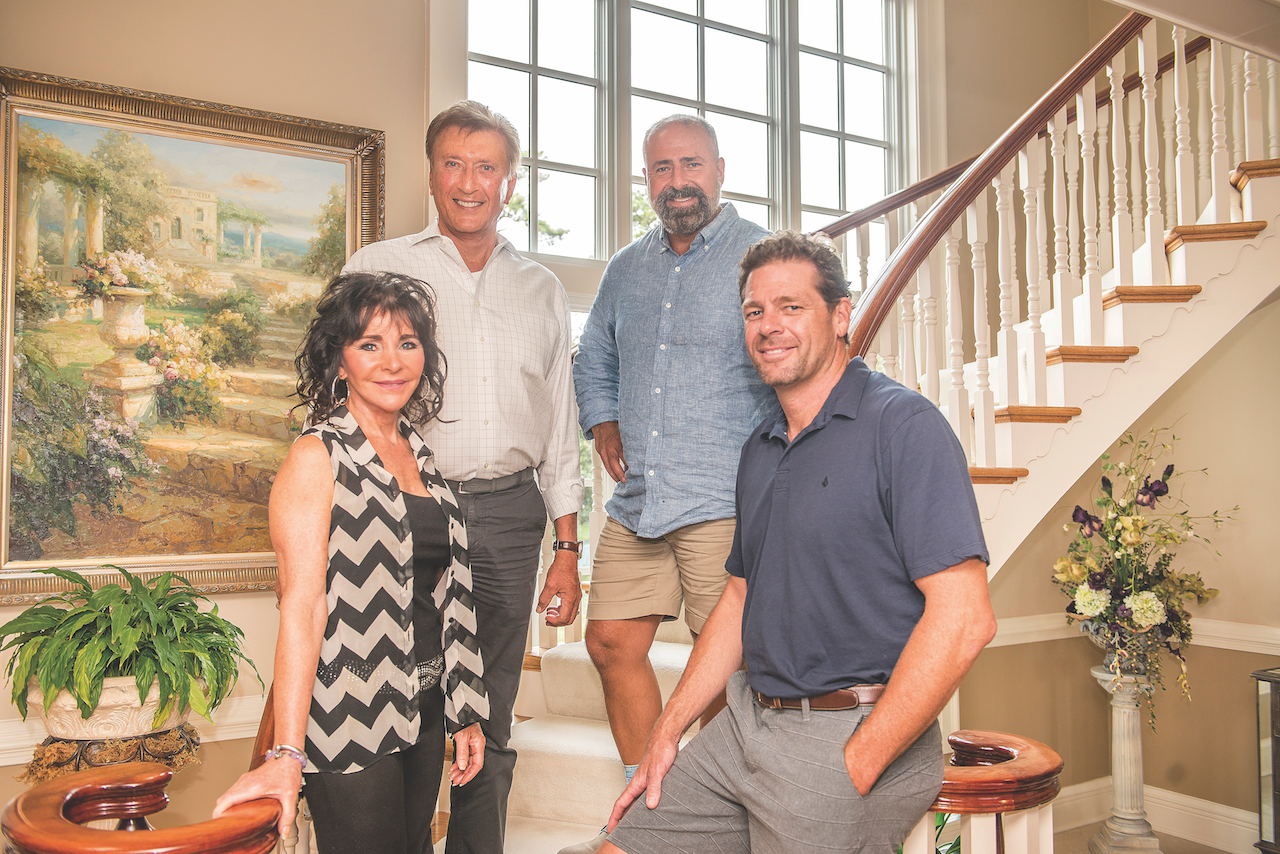 While the Quick family has dedicated their lives to creating communities, they also strive to give back to the one they call home. Beginning in 2009, Stephen Alexander adopted the St. Jude Dream Home project and completed a total of seven homes across Virginia Beach and Chesapeake. The seven annual projects grossed nearly $12 million in support of St. Jude Children’s Research Hospital.

Three years ago, the company also chose to sponsor CrossFit Krypton’s Compete for a Cure to further their involvement with St. Jude. Stephen Alexander’s interest in the one-day crossfit competition in Chesapeake was sparked not only by their passion for St. Jude, but by Stephen’s love for the sport.

During their first year as CrossFit Krypton sponsors, the competition generated nearly $20,000 in funding for hospital research. Support for this year’s event nearly quadrupled with over $70,000 in donations.

When the Quicks aren’t building or competing for medals, their focus shifts to yet another community—family. With eight children, Stephen’s life is often pulled in numerous directions, whether it’s traveling to Blacksburg for college visits, training for crossfit with his 11-year-old son or simply supporting his other son as he transitions into the role as a volunteer firefighter.

Despite their hectic schedules, the family prioritizes time together. The cousins often meet for an afternoon swim in their grandparents’ backyard while their fathers seek respite in the Virginia Beach surf. “We’re just like any other family,” says Stephen. “Stephen Alexander wasn’t special until we were all in it together.”