Peninsula-based graphic designers Ben Scott and LaMar Smith had set out to find notebooks that featured mixed types of paper to “get outside the box” with their thoughts, drawings and sketches. These notebooks, as they soon discovered, “just don’t exist.” So they decided, “Let’s make it ourselves.”

Soon after, Nomad Notebooks was created. 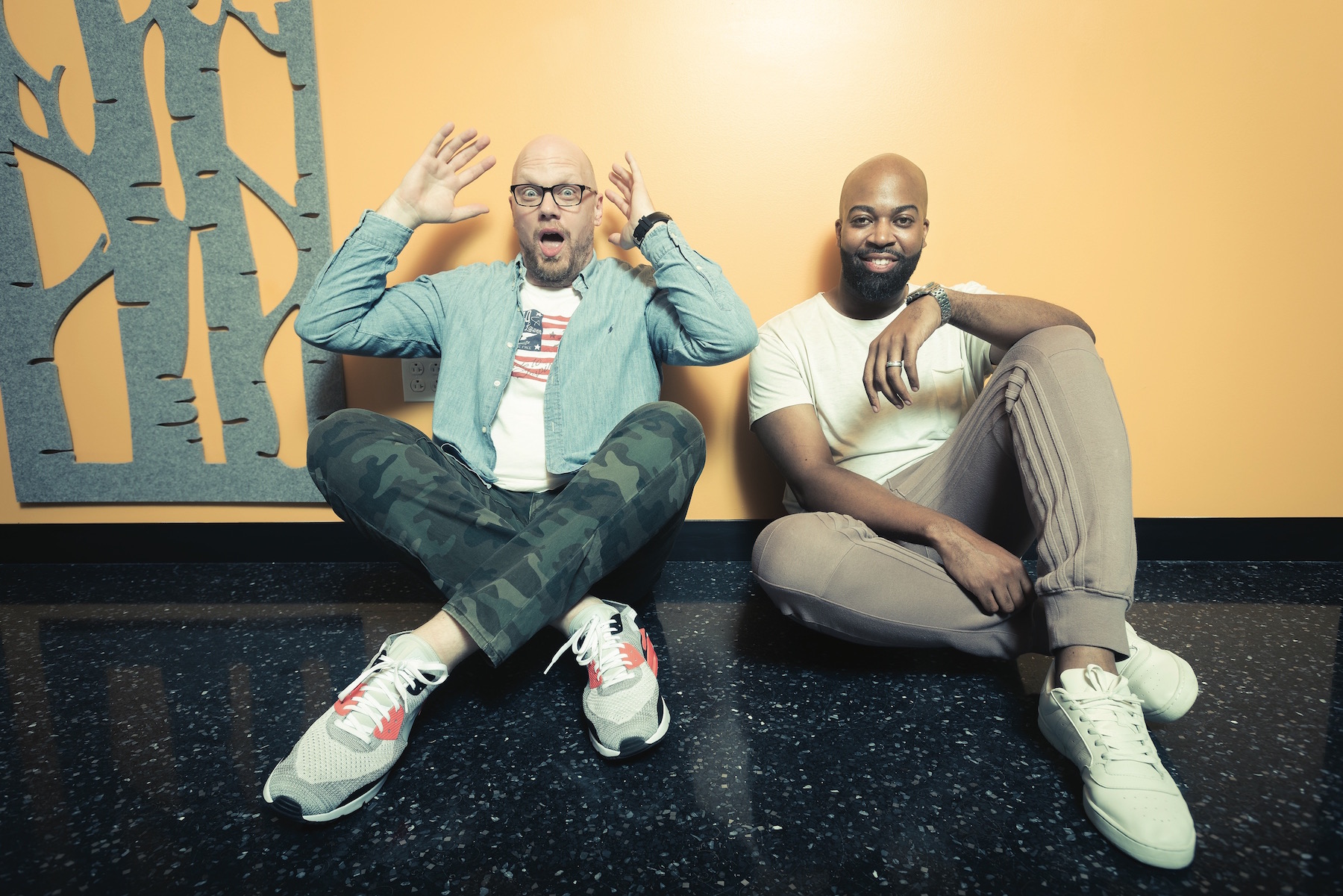 Scott and Smith started in small quantities with their Repurposed notebook, consisting of recycled newspaper, tracing paper, graph paper, white, cream and craft paper. Their initial designs were larger, but after hearing feedback that people wanted something that would fit in their pockets, they developed the pocket-sized version.

“These notebooks are roughly the same size as your cell phone,” Scott notes, although as part of their mission and inspiration for the Nomad name, they hope to inspire people to stray from their phones a bit. “Everything is electronic today; everybody has a phone in their hand (including us),” Scott says. “We want people to get outside and explore the world around them. We want them to pick up a pencil and draw on paper. I think that’s the heart of what Nomad is all about.”

The first step was securing funding for the business. “We said, if this is really a great idea, which we felt it was, let’s put it on Kickstarter and see if other people agree,” Scott says. They concepted their ideas, launched the campaign and successfully reached their goal, allowing them to start production and fill orders.

Customers can purchase single notebooks for personal or business use, or orders can be placed in bulk for large groups like schools, creative workshops, conferences, religious institutions or corporations. “We’ve got different levels of custom,” Smith says. 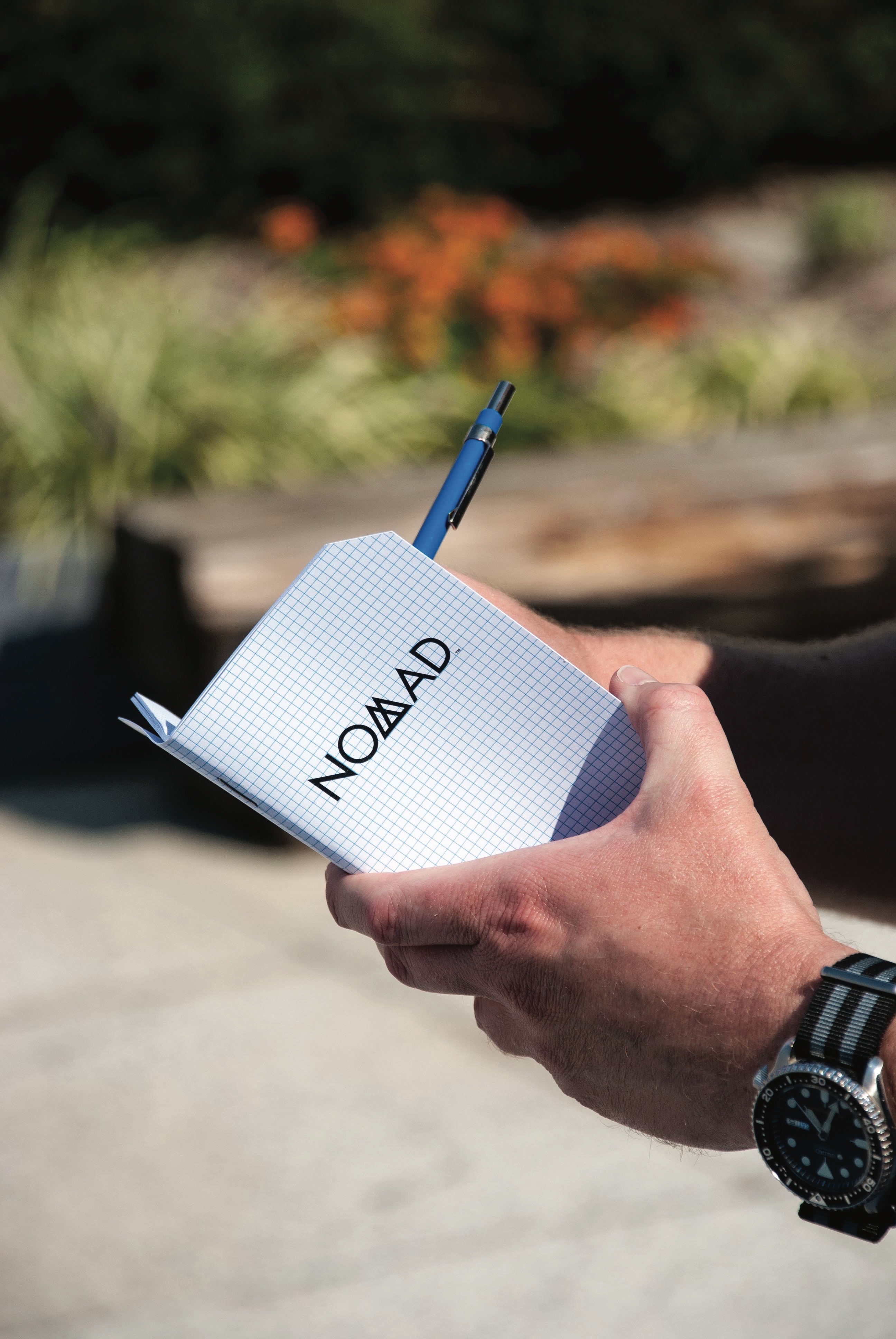 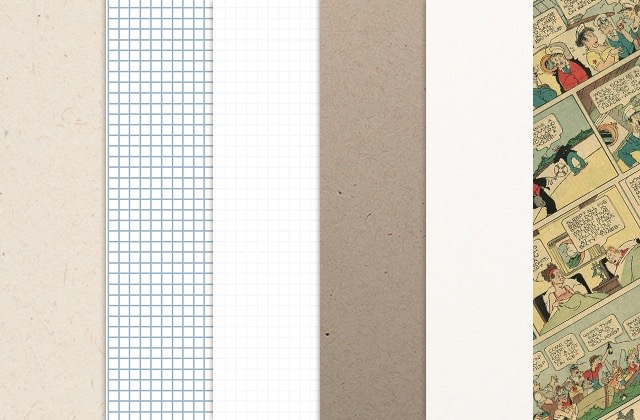 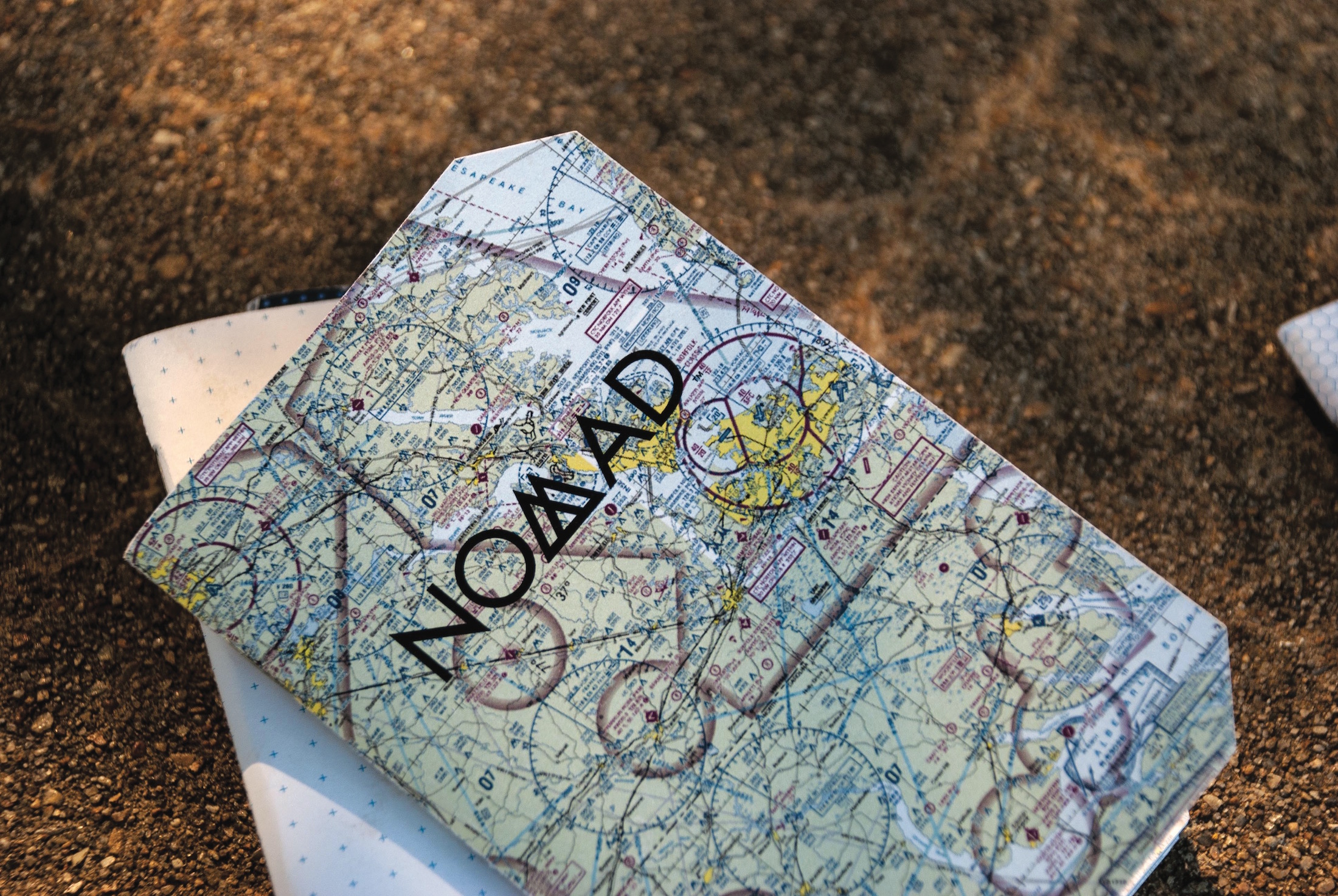 Nomad’s bestselling product is their premium three-pack of notebooks, Sea+Air+Space. Each notebook has different paper inside, and each is heavily themed. The Sea notebook features a depth chart of the Chesapeake Bay and nautical-hued paper. The Space notebook features a metallic silver ink on the cover and a constellation chart inside. Smith explains that the original thought behind this was a nod to the Hampton Roads area. “We’ve got so much military influence—the Navy, the Navy yards, NASA Langley for the Space,” he says. “For us here, it rings close to home.”

Scott and Smith use a manufacturer to make the notebooks and then distribute them through some of their wholesale accounts as well as online. “As a small business, you really have to be agile these days,” says Scott. “I think one of the mistakes a lot of people get into is trying to be that brick and mortar location, trying to over-extend themselves, and you find a lot of these businesses that start end up shuttering their stores or going out of business because they can’t keep up. A small business being agile, focusing on the things we can do and being frugal with how we approach the business will allow us to sustain ourselves a lot longer.”

Looking ahead to the future, Scott and Smith are creating new ideas for more notebook packs. “For us, we feel like slow and steady wins the race,” Scott says. “We’re not in a rush to pump things out. We’re trying to be smart with how we use what capital we have.”

Even though they’re not rushing to expand too rapidly, the partners didn’t hesitate to make giving back part of their business plan. For each notebook sold, Nomad gives a portion of proceeds to the Arbor Day Foundation. “We felt like it was our responsibility to give back,” Smith says. “To our knowledge there are very few companies that specialize in notebooks or any kind of stationery that gives back in the way of planting trees. We felt like that was the responsible thing to do.”

Nomad notebooks can be purchased locally at Prince Ink in Norfolk and online at NomadNotebooks.com.