ivWatch is a small business composed of doctors, nurses and inventors who have introduced innovative technology through their medical device to detect intravenous (IV) infiltration errors and protect patients from serious health catastrophes.

Every year in the United States, about 150 million patients receive IV therapy in hospitals, as IVs deliver nutrients, fluids, drugs and blood directly into the bloodstream. Currently there’s a failure rate with 50 percent of IVs, with a quarter of these failures attributed to infiltrations, when a fluid or medication leaks into the tissue surrounding the vein, often causing visible swelling and skin discoloration among other issues. When vesicants such as chemotherapy drugs leak into the tissue around the site of an infusion due to the failure of an IV, patients can experience permanent damage such as the destruction of tissue or even have to undergo amputation. In worse case scenarios, the error in drug delivery can cause death. “It’s an incredibly large problem,” remarks ivWatch President and CEO Gary Warren, who founded the company to improve the safety of patients by reducing the risks associated with IV infiltrations and create a solution to what could be considered an epidemic issue and unmet need with medical treatment.

Warren explains that essentially the ivWatch Model 400 mounts to the top of an IV pole and then uses an intricate sensor on the patient to ensure IVs are performing properly. The depth of science and technology behind the product is profound, requiring an ample amount of research and prototypes before it was perfected.

ivWatch’s conception was initiated when Warren was approached by a member of the National Institutes of Health working on the project, addressing the dilemma to Warren, who was at the time working with a venture capital group. Warren did his due diligence, and actually began the company out of the basement of his home in its first year, building out a computing cluster using gaming computers to run optical simulations of sensors they were designing. Warren credits that he was able to establish the small business and thrive as a result of the advent in the modern use of technology as well as accessibility to research and development. “That democratization of research is really propelling the medical industry.” ivWatch’s location on the Peninsula is also pertinent to the company, with a strategic location near a cradle of innovation with NASA Langley and ODU Peninsula Center in Hampton and Jefferson Lab in Newport News. “The access to engineering talent is actually quite extraordinary,” exclaims Warren. “There’s just an incredible amount of talent that you can tap into in this region.” 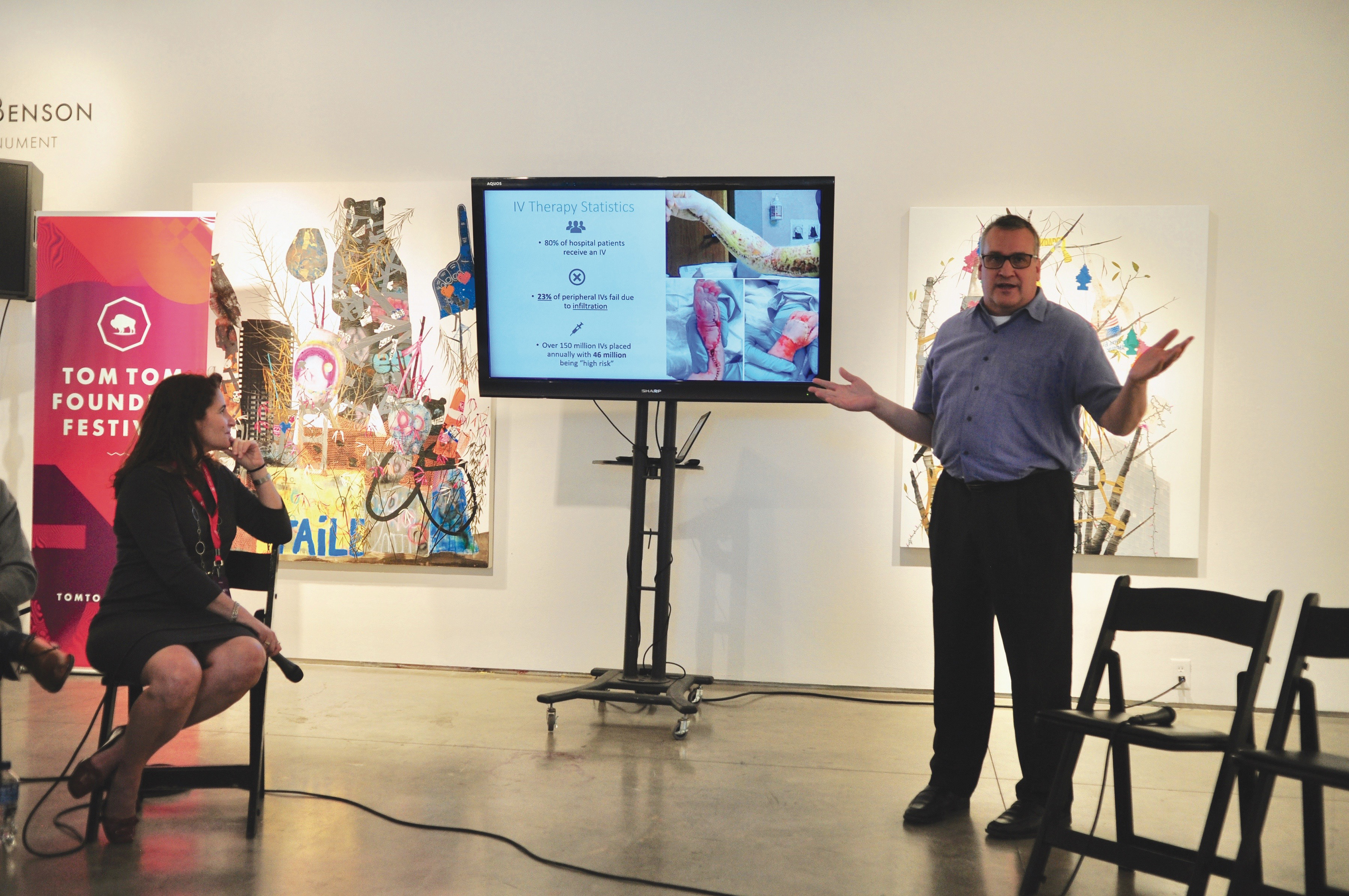 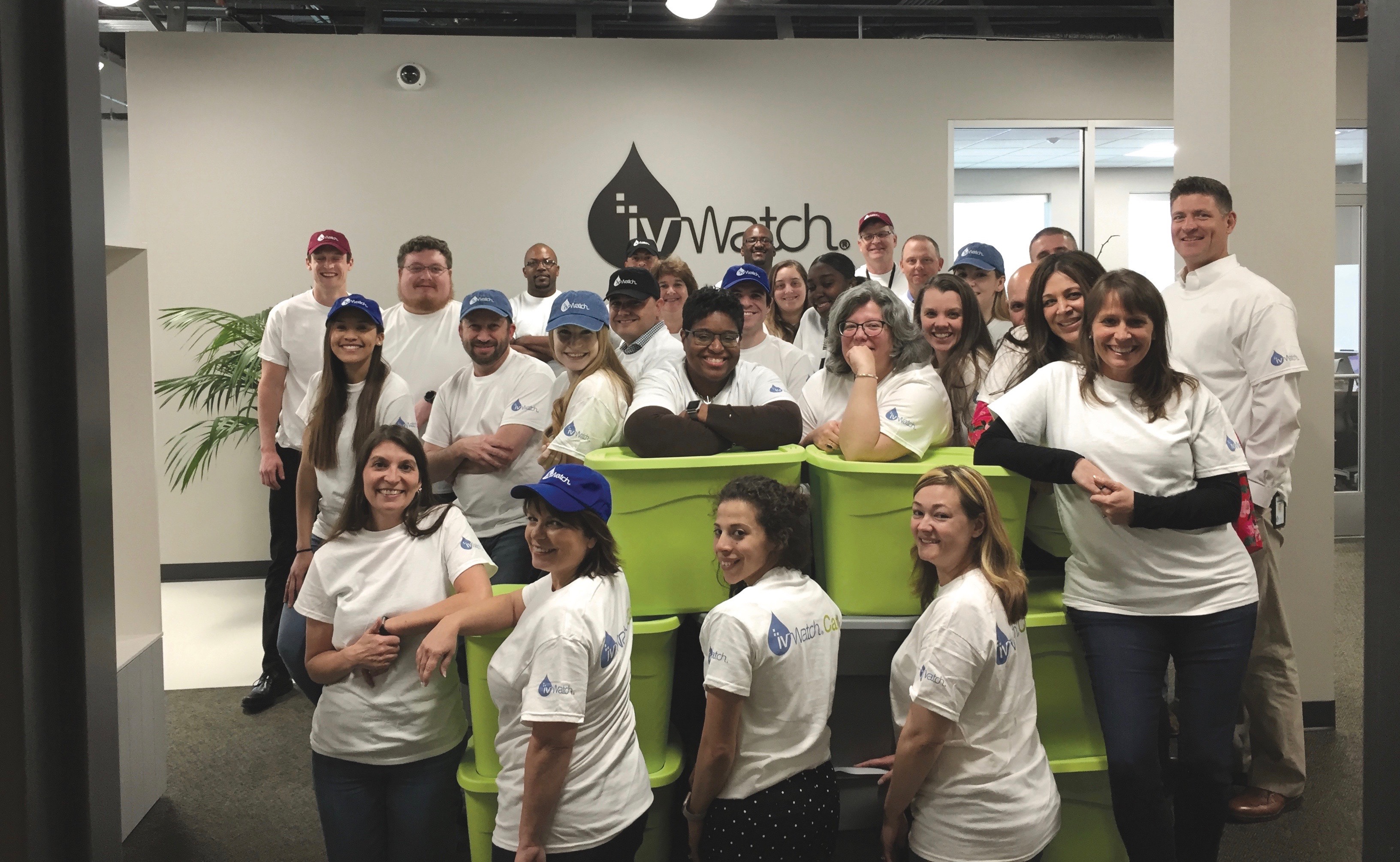 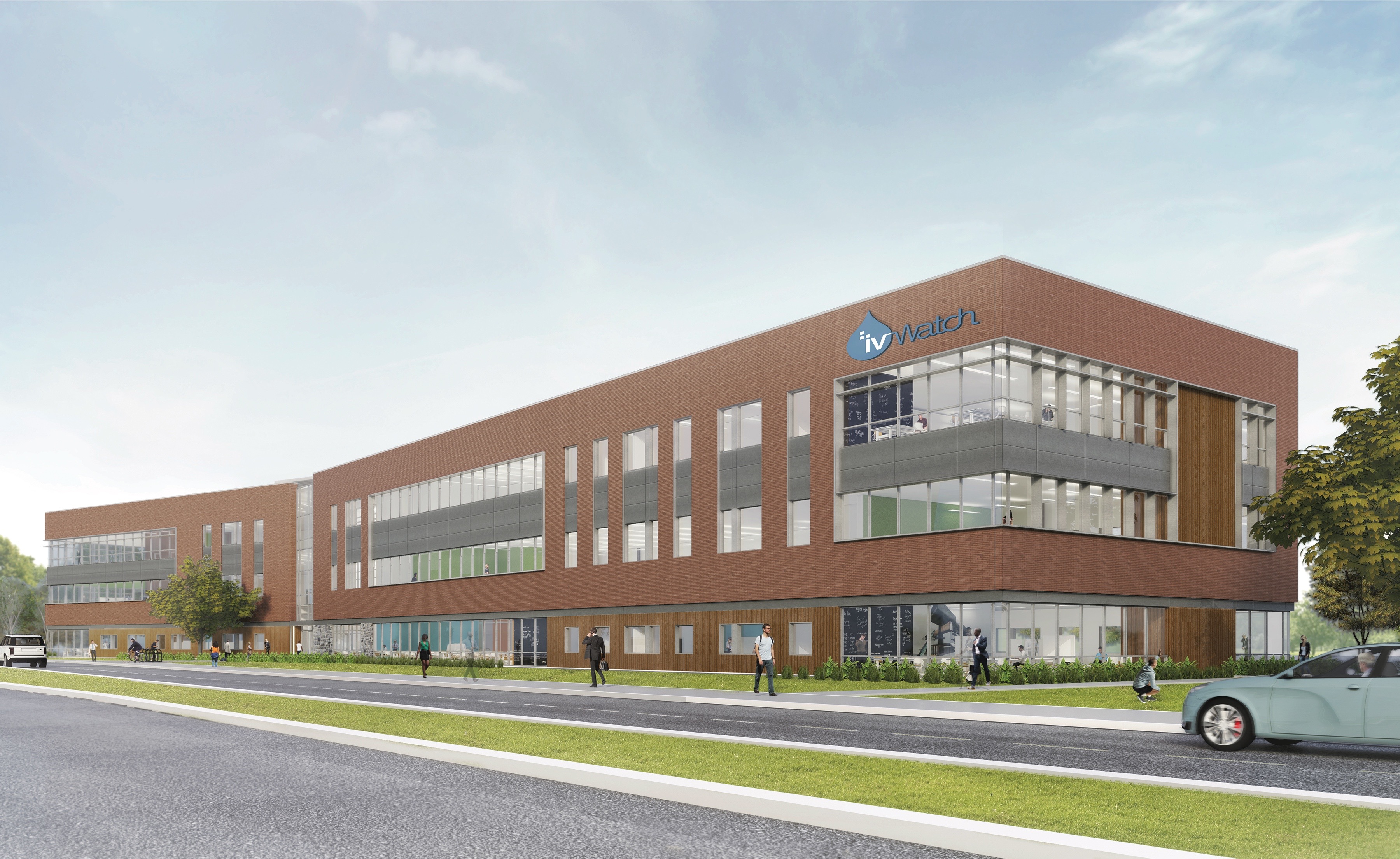 From Warren’s basement to a research and development lab in Williamsburg with a staff of 10, the company soon received its FDA clearance and began manufacturing ivWatch. Hospitals started buying the product and investors followed suit, hiring a sales and marketing team to move the product into the market, bringing the company to its current count of 41 employees in Hampton.

With their expansion, ivWatch plans to finish their move to the Newport News Tech Center by the end of the year so they can manufacture with their own expertise in-house while introducing a pipeline of new sensors to a diverse population of patients, from neonatal babies to those who are middle aged and obese. They’ll be selling their product throughout the United States as well as the Asia Pacific region, as ivWatch recently signed a deal with a Japanese medical device company, Terumo Corporation, to distribute and embed their technology. Hearing from others that their work on projects are resolving a significant issue is an incentive for the company as well as Warren. “It’s rewarding when you can solve an unmet need.”