Virginia Beach moms Kristi Joynt and Sara Salter have found the sweet smell of success with their locally based brand Shining Light All Natural Deodorant. Sold in more than 20 retailers in Coastal Virginia and another 70 stores in several States as well as online, Shining Light goes on smoothly, absorbs moisture, kills bacteria and neutralizes odor with fresh fragrances. Made with arrowroot powder, baking soda, organic coconut oil, beeswax, cocoa butter, tea tree oil and essential oil blends, their all-natural products differentiate from the synthetic materials, parabens and other odious ingredients found in some mainstream deodorants that quite frankly stink.

When Joynt partook in an eating challenge at her gym, she became conscientious of both what she was putting in and on her body but was dissatisfied with the questionable quality in the selection available in the marketplace. Not sweating the small stuff, Joynt experimented for a year and developed her own formula to share with friends, including Salter, whose son needed a deodorant that would perform against perspiration after his lacrosse practice. Ecstatic over its lasting effect that prevailed over pungent odor, Salter partnered with Joynt to expand her avid avocation into an all-natural line of deodorants. 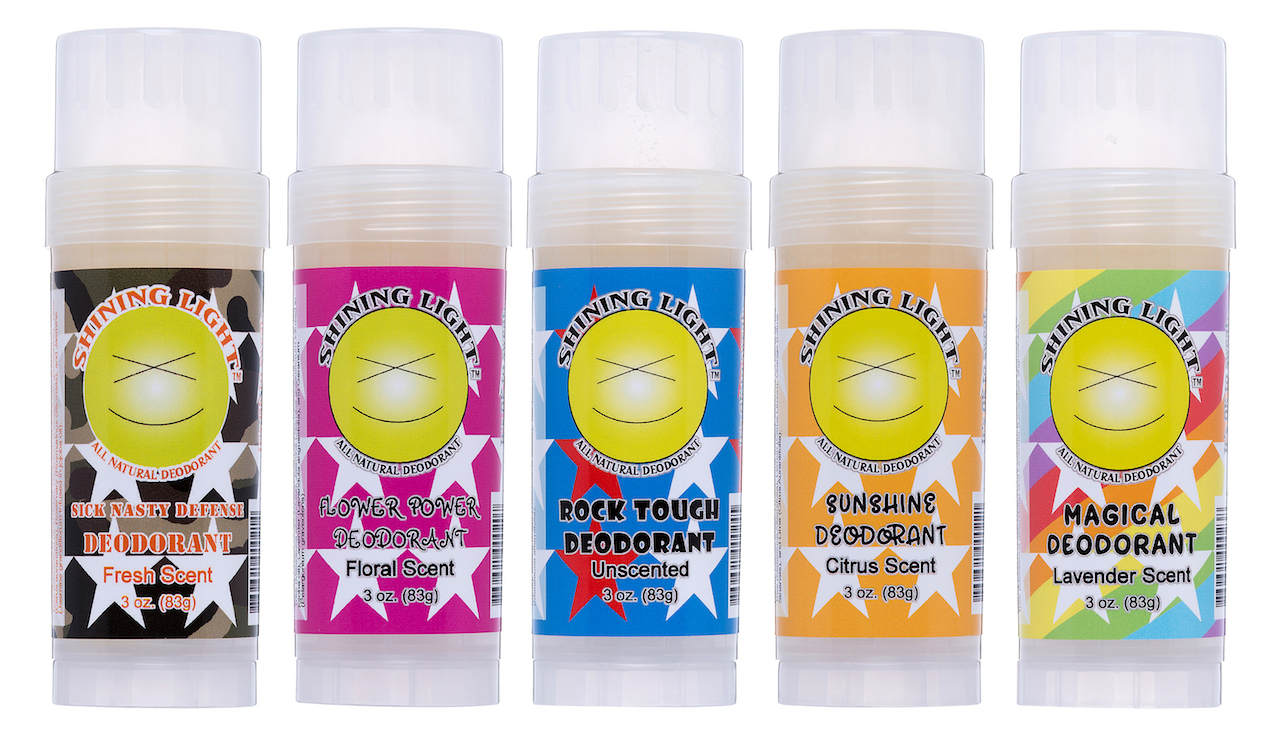 The two forged a family business and had their children name the deodorants, such as “Rock Tough” for their unscented stick; “Sunshine” for their citrus scent; “Magical” for their lavender scent; and “Sick Nasty Defense” for their fresh scent. Manufactured in a facility in Virginia Beach, the deodorants are packaged in rainbow, camouflage and patriotic patterns. “The colors are bright and cheerful,” says Salter. “We’re a happy deodorant [brand] that we want the whole family to feel good about using.”

First focusing on a brand for kids, Shining Light’s (formerly known as Smiley Pits Deodorant) all-natural deodorants were found at the Shore Drive Farm Market, pop-ups and on their website where they became a hygienic hit prior to becoming available for wholesale. “We totally grew this organically and learned along the way,” Salter tells. They appeared as a vendor at the Natural Products Expo East in Baltimore and subsequently sold with Zulily, Amazon and Whole Foods Market in Virginia Beach. 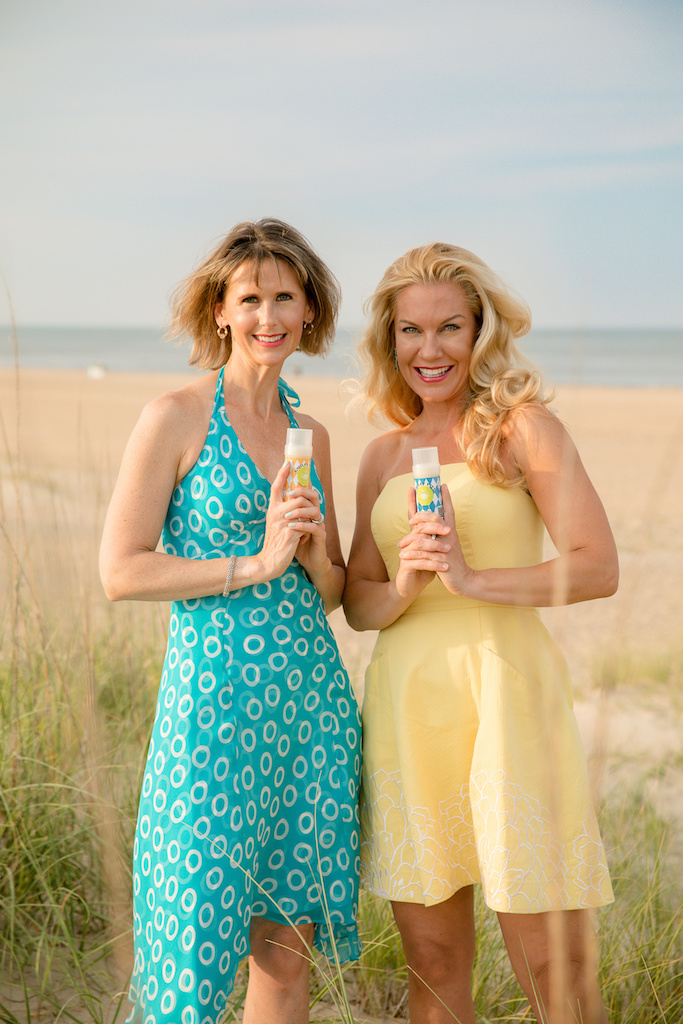 With the demand of their brand, they’ve since expanded as an all-inclusive deodorant for ages 4–104 and hired sales representatives and demo managers (many of which are moms) to promote their products, which are now available in grocery stores and markets, hair salons, spas and pharmacies throughout Coastal Virginia and as far as Northern Virginia, Washington, D.C., Maryland, Ohio and New Jersey. Within our community, Joynt and Salter also donate samples while sponsoring a team for Cycle for Survival, which shines a light on rare cancers while raising funds for research for cures. Salter says, “Even though you’re just starting out, there’s small ways that you can make a difference.”

Shining Light All Natural Deodorant can be found at retailers throughout the region and online at ShiningLightDeodorant.com.