Cities Join Forces to Transform Coastal Virginia into One of the Most Innovative, Desirable and Connected Regions in the Nation

Dark fibers, autonomous shuttles, transatlantic cables and a whopping $48 million. These buzzwords have dominated discussion in Coastal Virginia’s tech world for months, but what do they mean for our region? And how do they pertain to the seemingly revolutionary Regional Connectivity Ring? Well, we have the answers.

Behind the proposed Regional Connectivity Ring is the newly appointed Broadband Steering Committee, a subgroup of the Hampton Roads Planning District Commission. The committee, comprised of five Southside city managers and five Southside councilmembers, is not only groundbreaking in its purpose to physically link the region’s various municipalities via one fiber network, but also in its anatomy. For one of the first times in our area’s history, Chesapeake, Norfolk, Portsmouth, Suffolk and Virginia Beach have joined forces to transform Coastal Virginia into one of the most innovative, desirable and connected regions in the nation. And it all begins with the ring. 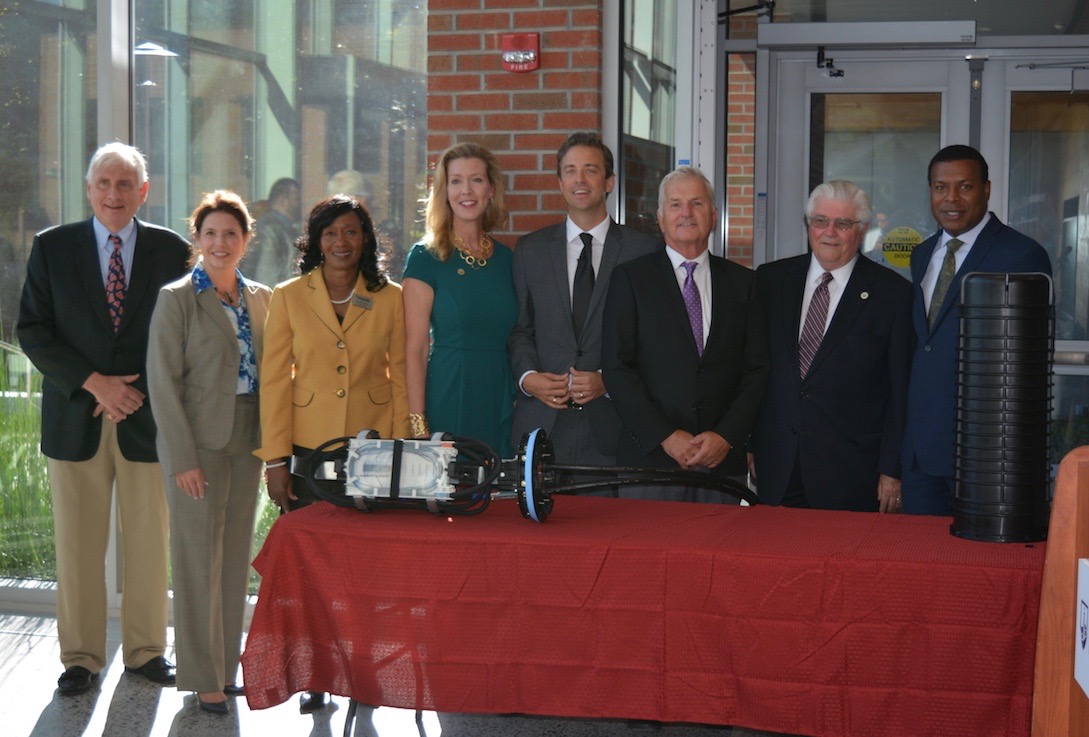 The concept of a Regional Connectivity Ring arose from a prior proposal by technology-forward former Virginia Beach Councilman Ben Davenport. Early in his tenure, Davenport launched several initiatives to enhance the city’s operations, including an expansion of Virginia Beach’s municipal fiber network. The robust system connects previously detached city services like city halls, recreation centers, schools, universities and police stations and allows them to operate on one city-wide system. “I saw this municipal fiber network as the start of something greater,” he says.

His plan for the ring called for the connection of all Southside cities’ municipal networks to create one region-wide system, thus establishing more cost-effective and reliable internal networks. When finalizing his plan, Davenport employed the brainpower of Norfolk Councilwoman Andria McClellan. In 2016, the duo designed a leading concept that was awarded $540,00 by a regional board on behalf of the GO Virginia program. Upon state review, however, the money was frozen, leaving Davenport, McClellan and the trailblazing concept to their own devices. 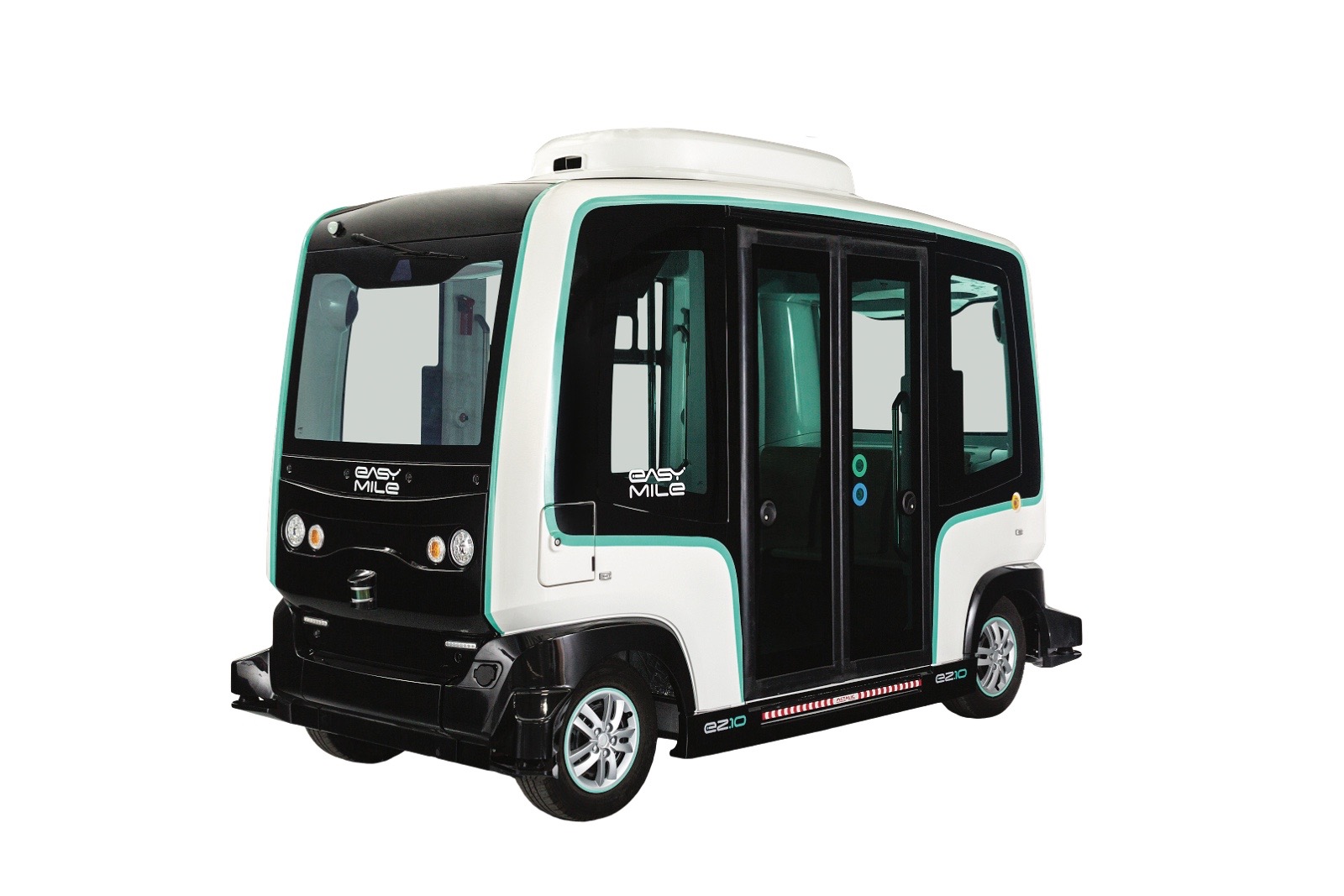 The Regional Connectivity Ring is an essential component of meeting ever-increasing demands for high-speed data. It will provide the connectivity and infrastructure required to support autonomous vehicles, real-time delivery of traffic information (e.g. road closures, incidents, etc.) to drivers and more.

Essential to the realization of ring development was the recruitment of Project Manager Jeff Beekhoo. President of Broadband Telecom, Beekhoo possesses a wealth of knowledge pertaining to fiber optics and broadband networks, expertise Davenport and McClellan desperately needed to keep the ring afloat. Beekhoo helped fine-tune their idea into a scalable model for a Regional Connectivity Ring supplemented by a bona fide business plan that includes expansions to the Peninsula, Richmond, Ashburn and Northern Virginia. “This [gave] us the flair as a high-tech community,” says Davenport. “We’re on the cutting edge.”

The team then used their business plan to gain engineering interest, generate public attention and raise initial funding from Southside cities. In 2018, the trio also submitted the projected ring as one of 69 national applicants for consideration in the Smart Infrastructure Challenge. The inaugural challenge arranged by the Smart Regions Conference highlighted regional interoperability and promised capital to the leading proposal.

By October 2018, the Regional Connectivity Ring advanced to the final round of the challenge hosted in Columbus, Ohio. There, Davenport and McClellan wowed the panel with innovation, scope and Coastal Virginia’s exemplary regionalism, ultimately beating out 27 nationwide presenters for a total investment of $48 million by financing project Smart City Capital. 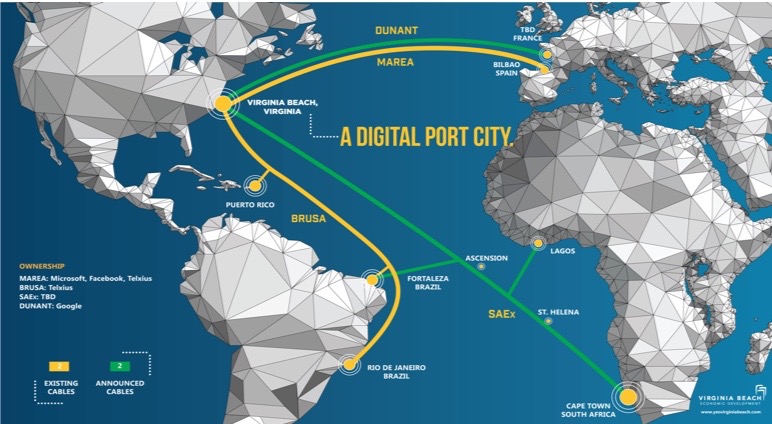 The Power of Connection

When they first introduced the 104-mile fiber ring, McClellan explained it like this: “Think of it as a highway. We have a highway system, but we’re only using one lane. How do you take those extra three or four lanes and make them available to other providers and large institutions like hospitals and corporations to drive their [metaphorical] trucks on?” In essence, Coastal Virginia builds its open access dark fiber and leases out its capacity to wireless internet service providers, private and public entities and the like.

While great in scope, the ring is also substantial in power. Its backbone is made of a 288-fiber count that is fueled in part by its connections to potent transatlantic cables like Marea and Brusa, and soon Dunant and the South Atlantic Express. With Virginia Beach as the primary landing point for these powerful cables, the region is equipped with some of the fastest internet speeds on the East Coast.

In addition to its economic potential, the ring’s greatest contribution to the region is its city-specific projects. With low latency and high speed, the ring allows for the cultivation of digital cities equipped with smart technology, state-of-the-art public safety features and public internet access to underserved areas.

City projects run the gamut of smart water meters in Chesapeake to holographic kiosks at the Oceanfront. Each digital addition, be it street lights equipped with charging outlets or wireless internet poles along Norfolk’s Elizabeth River Trail, guarantee smarter, safer cities. They also allow for greater access to education, especially in rural areas such as Blackwater and Creeds or public housing units in Portsmouth. “What we’re looking at doing is tying the ring into HUD housing and seeing how we can connect the fiber ring to these underserved areas to give students and single moms broadband services so they can [use their tablets] or look for jobs,” says Beekhoo.

“We need to start looking at internet services as a utility as important as water and electricity,” adds McClellan. 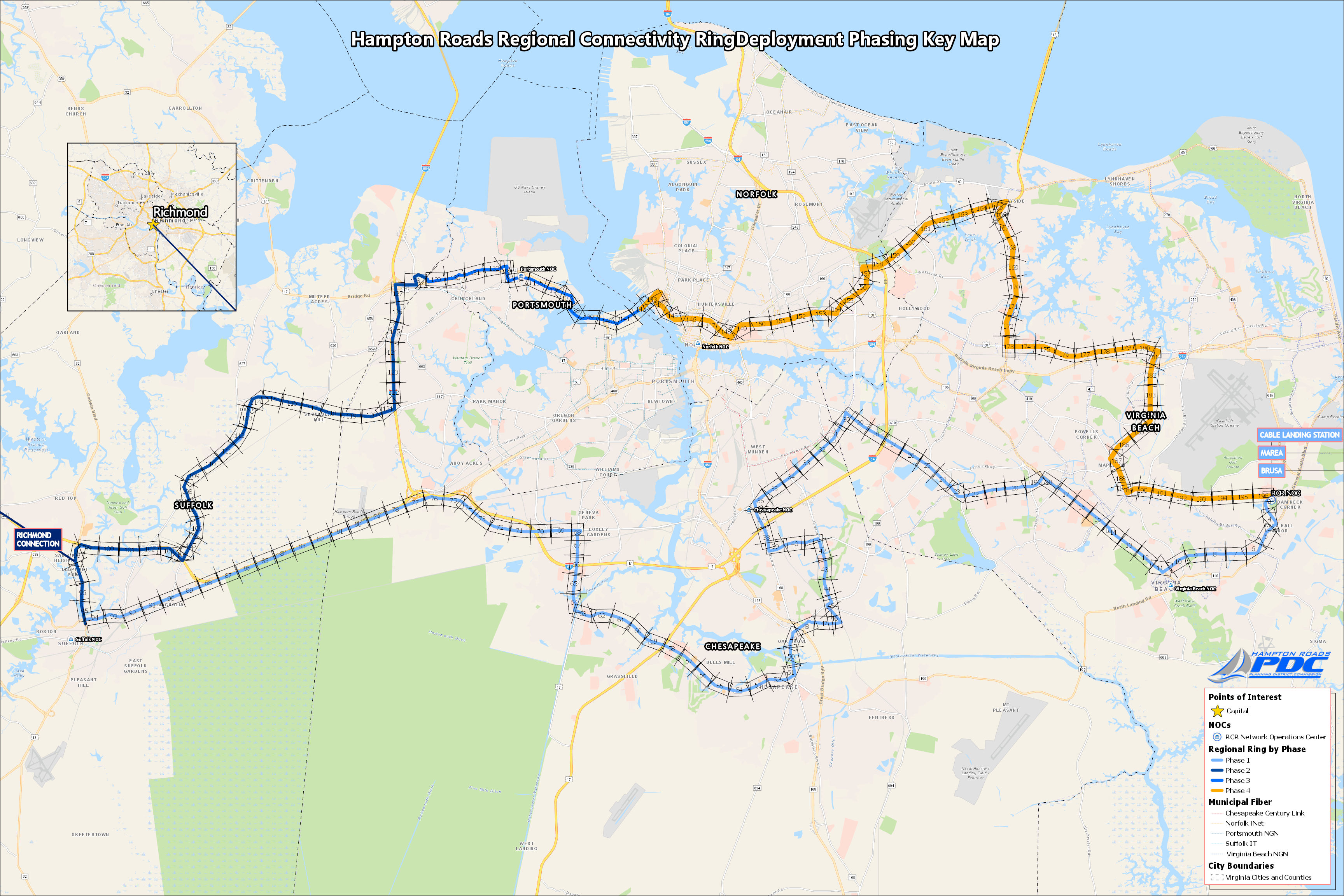 With Norfolk and Virginia Beach already connected, Coastal Virginia is on the brink of brilliance. Over the next few years, the ring will reach its entirety and the region will graduate from what McClellan calls “the most important that no one knows about” to the most watched in the nation. We will become a gateway for telemedicine, data science and advanced manufacturing. “There’s a new energy in this region. For centuries we have been a port that moves goods. Now we’re a digital port that moves data,” says McClellan. “When we work together, we’re going to be rewarded.”