Trending Now
Protecting Patient Data
Market Report: Health Care
How to Find Pandemic Relief with the Help...
Millennial Personal Appearance and the Law
Hacking is Becoming Less Human, More Robotic
Impacting the Workplace Loneliness Epidemic
Ransomware: What It Is, How to Avoid It...
Using Technology to Increase Employment Opportunities for Veterans
How Technology Has Caused a Shift in Marketing...
Out-of-Network Follies with Health Insurance
FeaturesSpecial Sections

From atop the dramatic slope of The Cavalier Hotel’s iconic East Lawn, the view may have changed a bit since 1927 when the neoclassical beauty first opened its stately portico to luxury vacationers. But there’s at least one part of the vista that would have been as familiar to famed guests like F. Scott Fitzgerald as it will be to contemporary visitors when the painstakingly restored hotel finally re-opens this month: the Atlantic Ocean in all its glory.

When it comes to marketing our Southeastern Virginia location as a waterside destination, it’s hard to imagine a more fitting paradigm than the historic Cavalier Hotel at what we now know as the Virginia Beach Oceanfront—just a few miles from the spot where European settlers made their first landing on our shores. 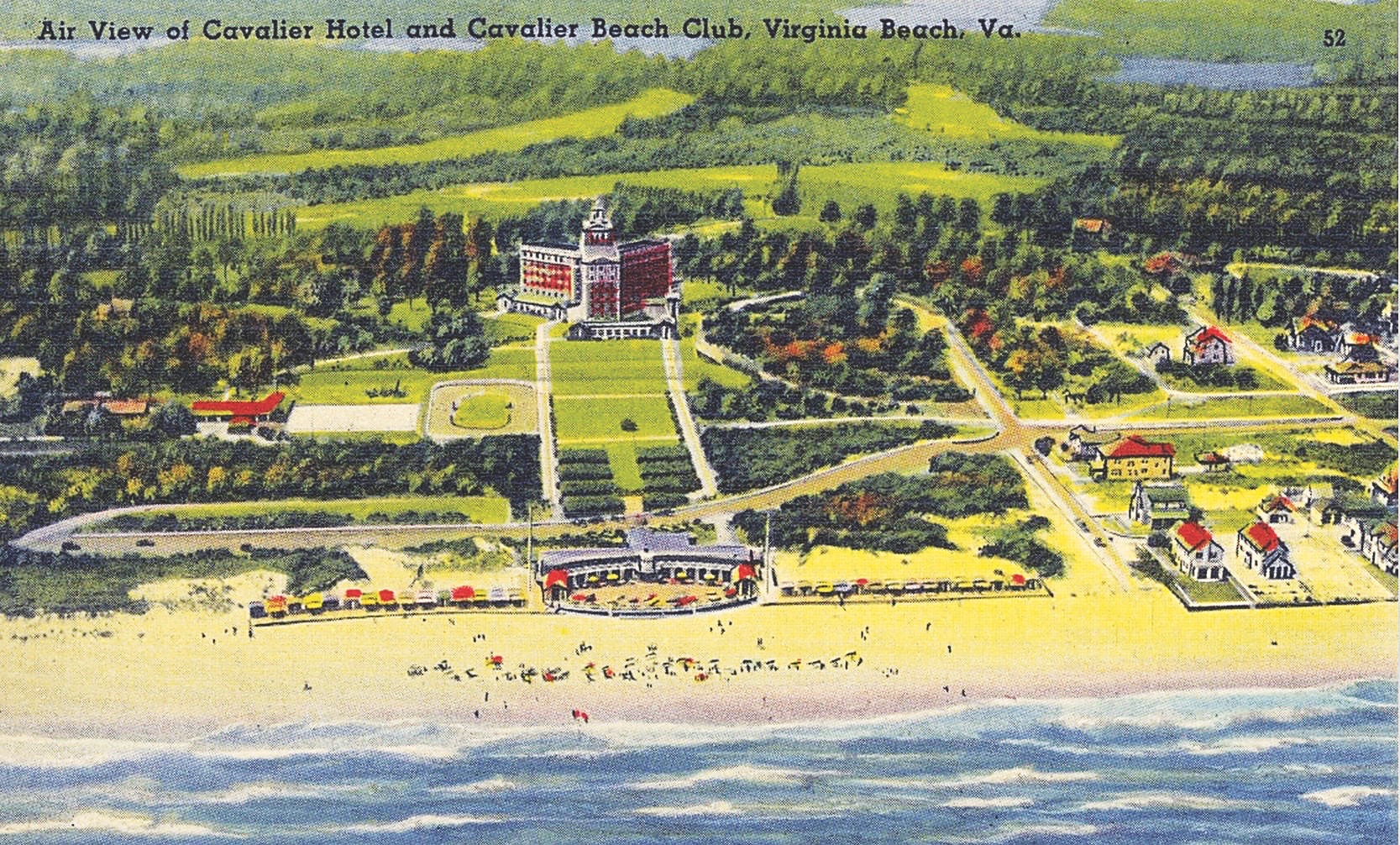 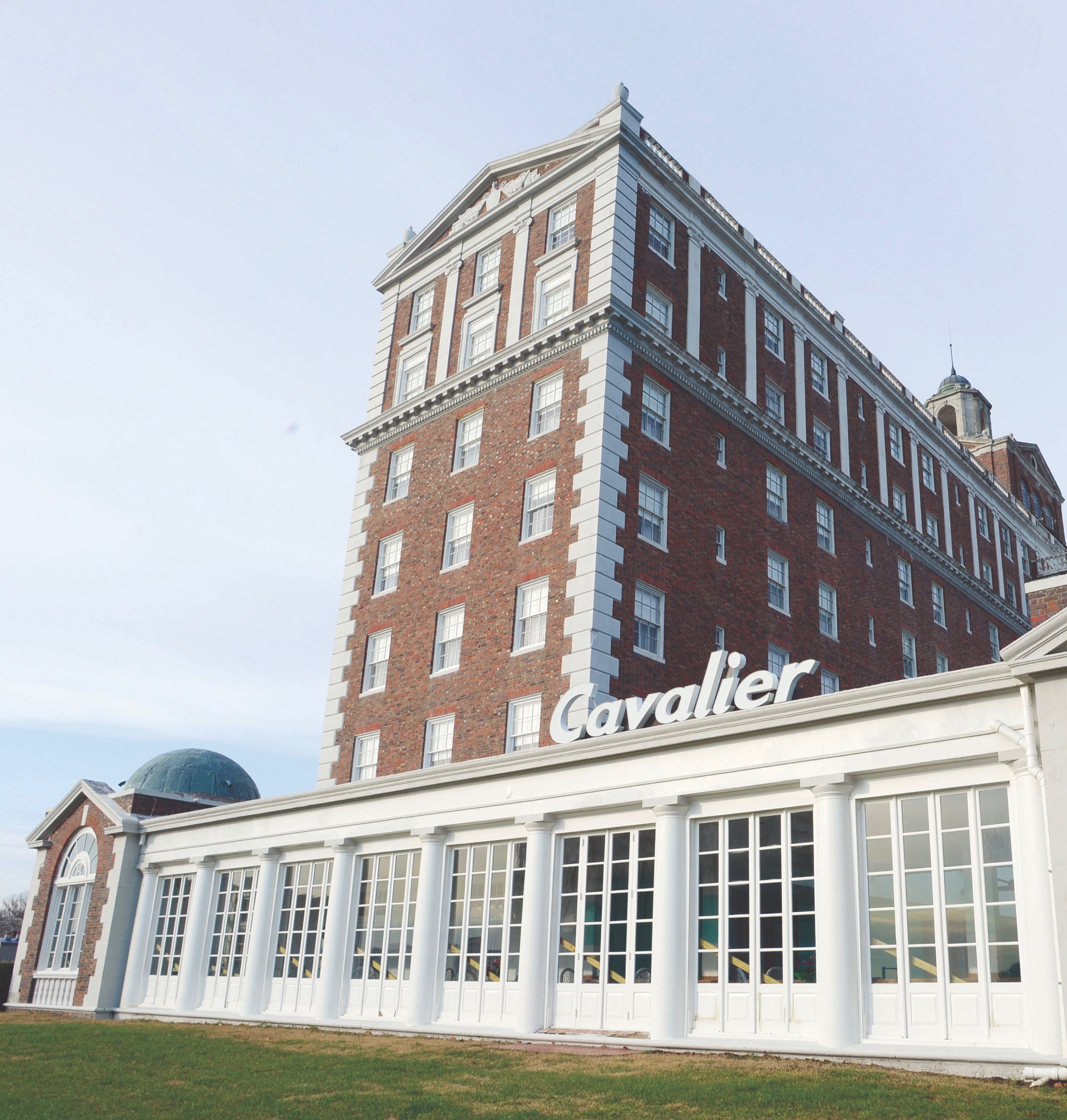 Perhaps it makes sense then that Cavalier developer and CEO of Gold Key PHR Bruce Thompson serves as co-chair, along with Colonial Williamsburg CEO Mitchell Reiss, of a new region-wide tourism committee that has been charged with assessing the industry and offering recommendations for growth and improvement. An offshoot of a statewide initiative called GO Virginia, one of the committee’s key takeaways has been the need for increased regional collaboration. And it all starts with a name.

“The initiative offers a chance to think afresh about how we can reenergize this part of Virginia,” says Reiss. “A name like Hampton Roads is a bit amorphous once you get outside the local area. Names such as Coastal Virginia are more intuitive to understand and encompass a broader geographic range and may be a better sell for the broad spectrum of people who visit the area.”

Locals and transplants to the area alike have become all too familiar with debates over what our region is—or should—be called. There’s the trusty “Hampton Roads.” The sentimental “Tidewater.” There are hipsters and outliers like “The 757” or the “Seven Cities.” There are all manners of city name clusters listed in order of perceived importance, familiarity to the outside world or population density—the latter giving us the governmental designation of Virginia Beach-Norfolk-Newport News. Then there is “Coastal Virginia,” that trending up-and-comer.

At least one committee member would be disingenuous to deny his preference for “Coastal Virginia.” Randy Thompson serves as president and publisher of VistaGraphics, Inc., which among many tourism-related publications also publishes this magazine (CoVa BIZ) and Coastal Virginia Magazine, both of which have incorporated the term into their brands in recent years.

Whatever we call ourselves, say the members of the Tourism and Recreation Cluster Committee of the GO Virginia Regional Council (see below), we’d better get in the same boat and start rowing in the same direction once and for all. Our ability to compete against places like Nashville, Tenn.—where the Hampton Roads Chamber recently organized a trip to learn “how our region can better develop our brand and sense of place”—depends on it, not just for tourism dollars but for broader economic development and sustainability.

“I am of the mindset, as I think my colleagues are, that a greater regional identity that is broad and inclusive of all the great experiences the region has to offer, the more awareness and the more visitation we can get to the overall region, regardless of geographic boundaries—that benefits everybody,” says David Cromwell, former president of Busch Gardens Williamsburg. “So, I think that’s where I have been pleased to see the conversation shift. It’s very much inclusive. I think everybody understands that concept of a rising tide lifts all boats.”

In a report the committee submitted in November 2017 to Jim Spore, who serves as chair of the local GO Virginia Regional Council and CEO of Reinvent Hampton Roads, the committee does not mince words about the status quo, particularly when it comes to that most commonly used regional descriptor:

“While challenges remain in finding consensus on both strategy and implementation of a regional tourism initiative, the single greatest impediment is the regional identity ‘Hampton Roads.’ Hampton Roads does not evoke any sentiment that would support a regional tourism marketing initiative. There is little value in collaborative marketing under a brand name that is ineffective.”

The committee as a whole may not be prepared to line up behind an alternative to “Hampton Roads” just yet, but they all say now is the time to pick one and roll with it. Why now? We’ve been having this discussion for decades after all. A groundswell of leadership is the reason most cited among the committee’s members.

GO Virginia (“GO” is an acronym for “Growth and Opportunity”) is an initiative by Virginia’s senior business leaders to “foster private-sector growth and job creation through state incentives for regional collaboration by business, education and government.” The initiative is a result of the Virginia Growth and Opportunity Act, which was passed with bipartisan support by the Virginia General Assembly in 2016. 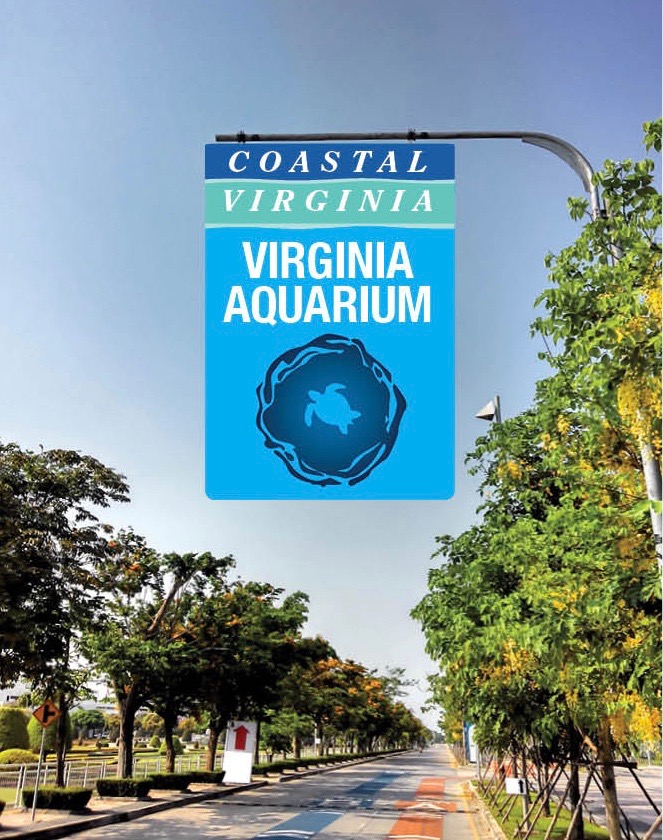 GO Virginia divides the state into nine distinct regions and looks to each of them for leadership in developing plans for regional economic growth and diversification with the opportunity to resource state funded GO Grants to help them do it.

The Tourism and Recreation Cluster Committee reports to the larger GO Virginia Regional Council. The committee has been tasked with exploring opportunities to promote regionalism and grow and expand the tourism and recreation industry—which, along with the military and shipping, is one of the three pillars of the regional economy.

The committee’s 2017 report outlines four key recommendations for improvement that include, in addition to the establishment of a unified regional brand, the creation of a regional hospitality school, the utilization of sophisticated business analytics to grow and improve the industry and a rallying cry to “scale up” the industry as a whole in part by establishing an “Opportunity Fair” for tourism-related businesses and organizations.

But it all comes back to the name. It’s “Marketing 101” that a strong, identifiable brand name—whether you are selling toothpaste, a hotel stay or an entire geographic region—is critical to connecting with potential customers or investors. If we want our name to work for us and not against us, we need to think regionally and present ourselves as a unified front.

“The committee felt that there is a need to get away from a local economy to a regional economic structure,” says Vinod Agarwal, director of the Economic Forecasting Project and professor of Economics at Old Dominion University, “and to have a name that supports that.”

While the name “Hampton Roads” may have stuck for those who grew up with it and have at least a vague idea of its meaning (think maritime history), it’s pretty clear the outside world responds mostly with a collective blank stare at the mention of the phrase. As one committee member says, “If you have to explain it, it’s not working.”

If the older, quainter “Tidewater” rings even fewer bells for outsiders, “757” and “Seven Cities” are too faddish, and city name combos inevitably bring out the calls of “What about us?!”—then you are left with the logical yet tastefully evocative “Coastal Virginia.”

“Coastal Virginia” is not a new concept. It’s similar to “Virginia Waterfront,” which was pushed by the City of Norfolk about 20 years ago but ultimately faded, in that it offers a reasonably accurate and recognizable geographic reference while evoking all of the attractive things that are associated with being near the water. But while “waterfront” conjures images of real estate, “coastal” is subtler and linguistically nuanced and, well, it’s just cooler.

Local marketing agency DIA worked with the Coastal Virginia Tourism Alliance, a collection of marketing professionals from local visitors’ bureaus that formed nearly 10 years ago, to create a branding campaign and website for “Coastal Virginia.” Some local political leaders and influencers, perhaps most notably Virginia Beach Mayor Will Sessoms, got on board. The moniker has started to catch on, also having been adopted by some businesses, schools, nonprofits and media organizations. Among them is VistaGraphics. 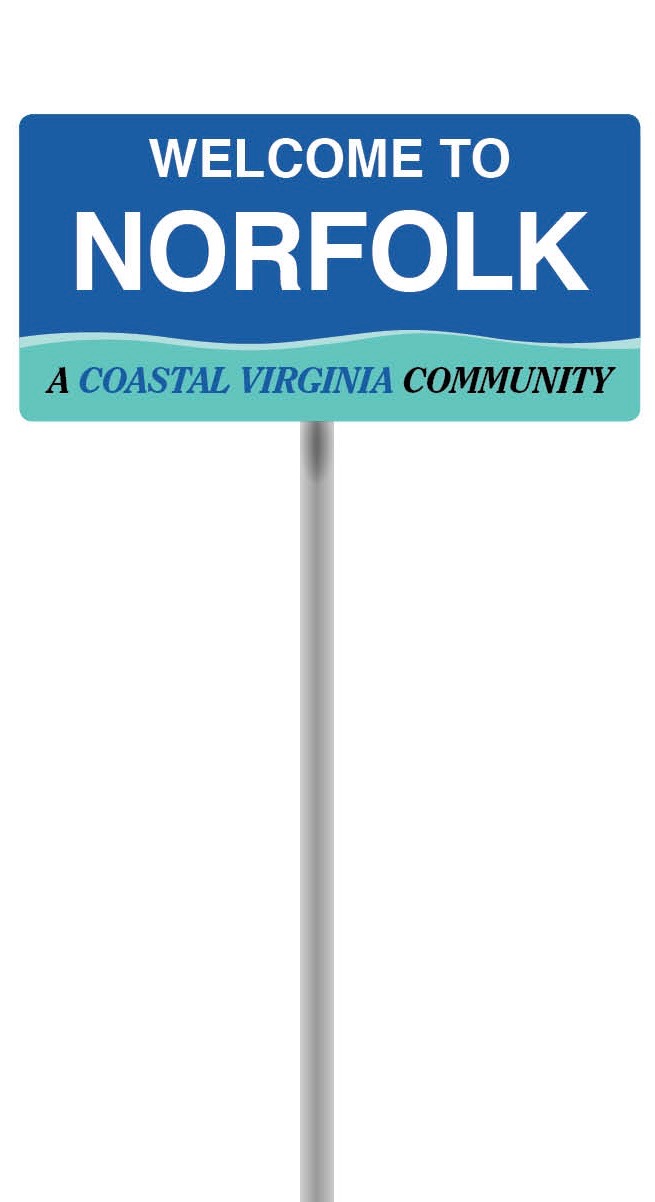 “We transitioned our regional lifestyle magazine from Hampton Roads Magazine to Coastal Virginia Magazine four years ago,” says Publisher Randy Thompson. “Our reason for change was simple. A lifestyle magazine’s name needs to evoke pleasant connotations and images for an area, be readily identifiable with the area it serves and instill pride in the readership by way of “belonging” to the area. For our purposes, Coastal Virginia Magazine is far more effective than Hampton Roads Magazine in accomplishing this.

If the committee’s proposals are accepted by the regional council and ultimately put into action, a marketing agency would likely be brought on board to research the name question and design a comprehensive branding campaign that would presumably have support through the Virginia Growth and Opportunity Fund.

Whether “Coastal Virginia” is the name on that branding campaign or not, the committee members see much greater cooperation between municipalities under one name as our best way forward for pitching the abundance of natural and cultural riches we have to share with the world—from river to creek to shining sea.

“The coast is more than just a 3-mile strand of sand,” says Brad Van Dommelen, director of the Virginia Beach Convention and Visitors Bureau. “There are a lot of coastal experiences beyond just sitting on a beach. The further away we market, the bigger we need to be. We need to be able to fill people’s itineraries with things that are fun but also educational and meaningful.”

In other words, if visitors book that vacation at the new Cavalier Hotel, they might attend a festival at Town Point Park. If they spend a week in Williamsburg, they might visit Fort Monroe, Olde Towne Portsmouth, Cape Charles, the Virginia Living Museum or the battlefields of Yorktown. We all win if they do. But we need one name to realize our full potential as a regional brand. And it makes sense for the tourism industry to take the lead.

“The idea was that this industry is already spending a lot of time and money in promoting outside the area,” says Agarwal. “There is that potential vehicle of advertising that already exists.”

They just have to choose a name that people understand. As for making “Coastal Virginia” the name that sticks, it’s a matter of commitment from key players. Cromwell and others say their organizations are ready to embrace the name if that’s the decision that is made. “I think it’s up to the members of the committee. I think it’s up to leaders in the region outside of the committee, political leader,” he says. “I think it’s only going to be successful if there is a strong sense of alignment, and I think as you see more and more use of ‘Coastal Virginia,’ I think it’s something that others will start to see the benefits of.” 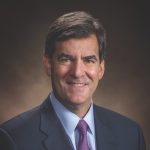 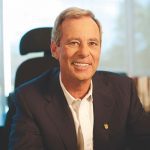 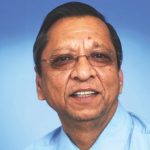 Vinod Agarwal, Director of the Economic Forecasting Project and Professor of Economics at Old Dominion University 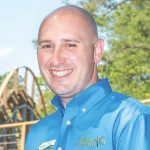 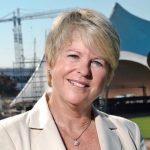 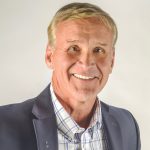 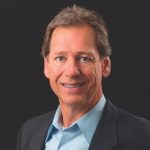 Home Is Where the Wind Is

Wind Power: The Wind Is Blowing Our Way