Trending Now
Protecting Patient Data
Market Report: Health Care
How to Find Pandemic Relief with the Help...
Millennial Personal Appearance and the Law
Hacking is Becoming Less Human, More Robotic
Impacting the Workplace Loneliness Epidemic
Ransomware: What It Is, How to Avoid It...
Using Technology to Increase Employment Opportunities for Veterans
How Technology Has Caused a Shift in Marketing...
Out-of-Network Follies with Health Insurance
Biz ReportOn the Move

The Virginia Port Authority (VPA) Board of Commissioners recently named Stephen Edwards as the next CEO and executive director of The Port of Virginia®.

Edwards currently serves as the president and CEO of TraPac, LLC, a company with terminals in Los Angeles, Oakland and Florida, and has extensive experience in the global transportation industry. In his current position, Edwards is responsible for the overall performance of the company with focus on safety, service and sustainability.

“I am delighted to be joining the Virginia Port Authority team in January,” Edwards said in a press release. “Under John Reinhart’s leadership, The Port of Virginia has put all of the pieces in place for long-term success. The goal is to take these collective assets and put them to work to the benefit of customers and cargo owners while attracting new business, jobs and economic investment to Virginia. I look forward to continuing this positive momentum and leading the port to greater heights in the coming years.” 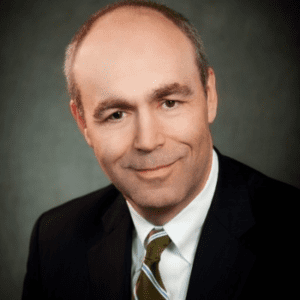 Edwards will be taking over for John Reinhart, who will be retiring after serving as head of the VPA for seven years. During his tenure, Reinhart helped secure the port’s position as a leader in the maritime industry by modernizing the port’s infrastructure and rebuilding its reputation, brand, and competitiveness. When Reinhart announced his retirement, the VPA board’s executive search committee began immediately searching for the port’s next leader. During a virtual board meeting on Wednesday, Oct. 28, chairman of the VPA board, John G. Milliken, held a vote to appoint Edwards to serve as CEO and executive director.

“Stephen Edwards has ship-line experience, a long record of success leading terminal operations, and a deep understanding of the industry and the challenges ahead,” said Milliken. “We are fortunate to be able to welcome him to Virginia.”

Edwards will begin his new position with the VPA, the fifth largest port in the nation, on Jan. 19, 2021.

Wasserhund Brewing to Open Location at Summit Pointe in Chesapeake