It’s a hot, mid-May morning and the sun is beating down on 57-year-old Jerry Greene’s back. Wearing an orange T-shirt, blue jeans and a wide-brimmed straw hat, he stoops his way through the 3-foot-wide, 70-yard-long rows of his Suffolk farm pulling sweet potato plants.

“We’re a small family operation that specializes in growing two heirloom varieties of sweet potatoes, the Hayman and the Virginia Baker,” says Greene. With the help of his wife, Jeannie, and, during peak points in the season, the couple’s two daughters and their families, he runs Orapeake Farms. “We have two main retail seasons: We sell plants in the spring, followed by tubers in the fall.”

Delicately removing a young, spindly sweet potato plant from the loamy dirt, he dusts off the roots and adds it to a bundle of 11. Together, the dozen will sell for $12. For 100 plants, the price drops to $45. The spring season lasts for about two months, and by mid-June, Greene has typically shipped a few thousand plants to as many as eight or nine states.

From there, the family will spend the remainder of the summer cultivating Orapeake’s 1.5-acre plot of sweet potatoes. Thinning, fertilizing and watering as necessary, Greene tends his vines, watching “runners” shoot off the high mounds and “grow to upward of 10 feet long.” According to the Virginia Cooperative Extension, in an ideal scenario, Orapeake could produce as many as 36,000 pounds of tubers. Selling at $1 a pound, that would spell a healthy profit.

But in going on 30 years of farming, it hasn’t happened. Not even close.

“The thing about growing Heirlooms—and particularly Haymans—is they’re so darn finicky; you never really know what you’re going to get,” Greene says with a laugh. “I’ve had years where the plants looked beautiful and, come harvest time, there was hardly anything under the ground … That was one of those moments when I thanked the Lord this wasn’t my only job!” 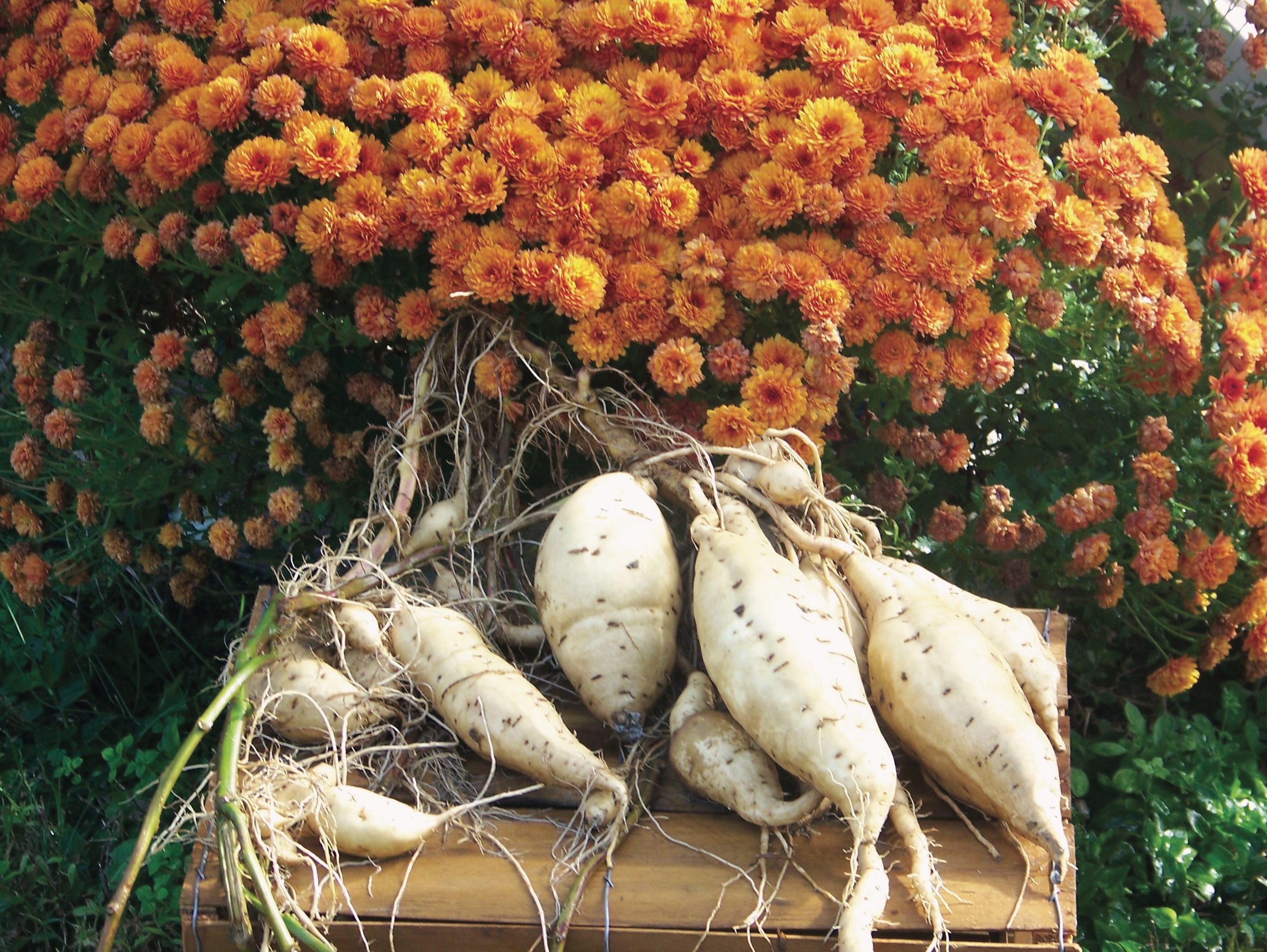 Raised in Suffolk, as a kid Greene grew vegetables with his father and remembers the large, near-mythical gardens of the area’s old-timers. Coming up during the Depression, they’d cultivated a hardy self-reliance and lived by what might now be called a homesteader’s mentality.

Greene’s introduction to heirlooms came by one such elderly church member.

“He grew the best sweet potatoes in the world,” says Greene, his voice soft with reverence. “One year, Dad and I decided to do a taste test between the store-bought varieties we were growing and his.” The variety in question proved to be the Virginia Baker. With tanned skin and light orange flesh, the potato has a dense texture and drips with a delicious, syrupy sweetness when baked. “The difference was shocking. His Baker won, hands down.”

Developed in the early 1900s by the Virginia Agricultural and Trucking Station in Virginia Beach, the Virginia Baker was once the Tidewater’s preferred commercial sweet potato. However, as agricultural advancements led to the development of more consistent, disease resistant and higher yielding varieties like the Beauregard, the Baker was left behind.

By the time Greene founded Orapeake in 1991, the variety had been all but forgotten.

“At that point, I couldn’t find slips or plants available in any of the commercial catalogs,” says Greene. Realizing the Baker was vanishing and might potentially exist in just a handful of home gardens—and those maintained by octo- and nonagenarians—he thought, “I’ve got to do something about this. I’ve got to try to keep these flavors alive.” 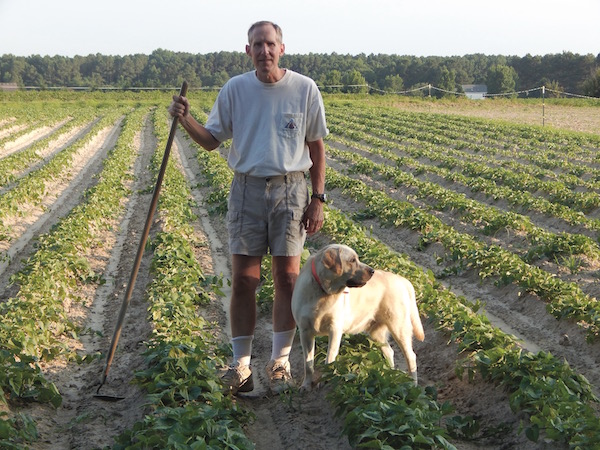 Seven years ago, at the bequest of his wife, a native of the Eastern Shore, Greene added another quasi-endangered tuber to Orapeake’s stock: The Hayman.

“Farmers in Virginia’s coastal regions have been cultivating this notoriously hard-to-grow variety since the mid-19th century,” he says. Hailing from the Caribbean islands, the subtropical heirloom takes its name from sea captain Daniel Hayman, who introduced it to North Carolina’s Elizabeth City ports in 1856. There, its white flesh and intensive sweetness established it as a regional novelty. “The Hayman got carried north by way of Methodist preachers and, as that was the main denomination on the Eastern Shore, quickly became a favorite of area farmers.”

But as the years passed and agriculture shifted toward large-scale, commercialized food-production, Haymans were mostly abandoned. As with the Baker, the variety was relegated to the vegetable gardens of sentimental cultivators. Jeannie’s family belonged to this group. And now, the Greenes are carrying on the tradition.

“The problem with the Hayman is, of all the heirloom varieties out there, it’s probably the hardest to grow,” says Jerry. “They’re remarkably inconsistent and pretty susceptible to disease … so even the organic farmers used to avoid them.”

Nonetheless, among modern connoisseurs of the sweet potato, the Hayman has developed a near legendary status. Jeannie says that, regionally speaking, much of that veneration derives from nostalgia—her generation remembers Haymans as a staple of Grandma and Grandpa’s dinner table.

Luckily, Jerry says that regardless of how people come to taste a Hayman, when they do, they are “almost universally blown away.”

“I’m a big fan of the Hayman,” says Chef Tarver King. Last year, King was named a James Beard Foundation Best Chef in America semifinalist for his innovations at The Restaurant at Patowmack Farm. Raised in Virginia Beach, he was introduced to Haymans as a child. “I can definitely recommend them as one of the best sweet potatoes you’ll have the pleasure of tasting.” 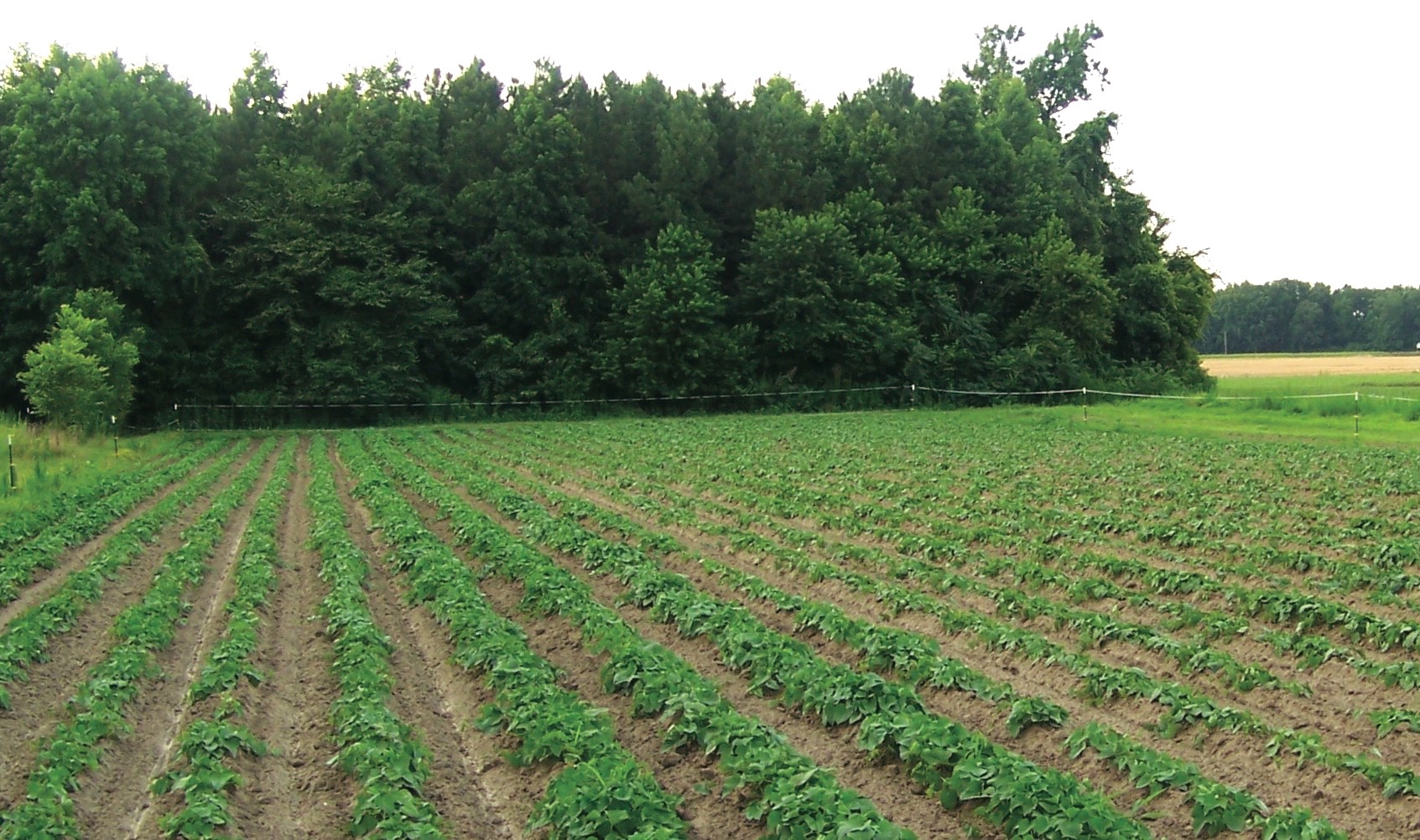 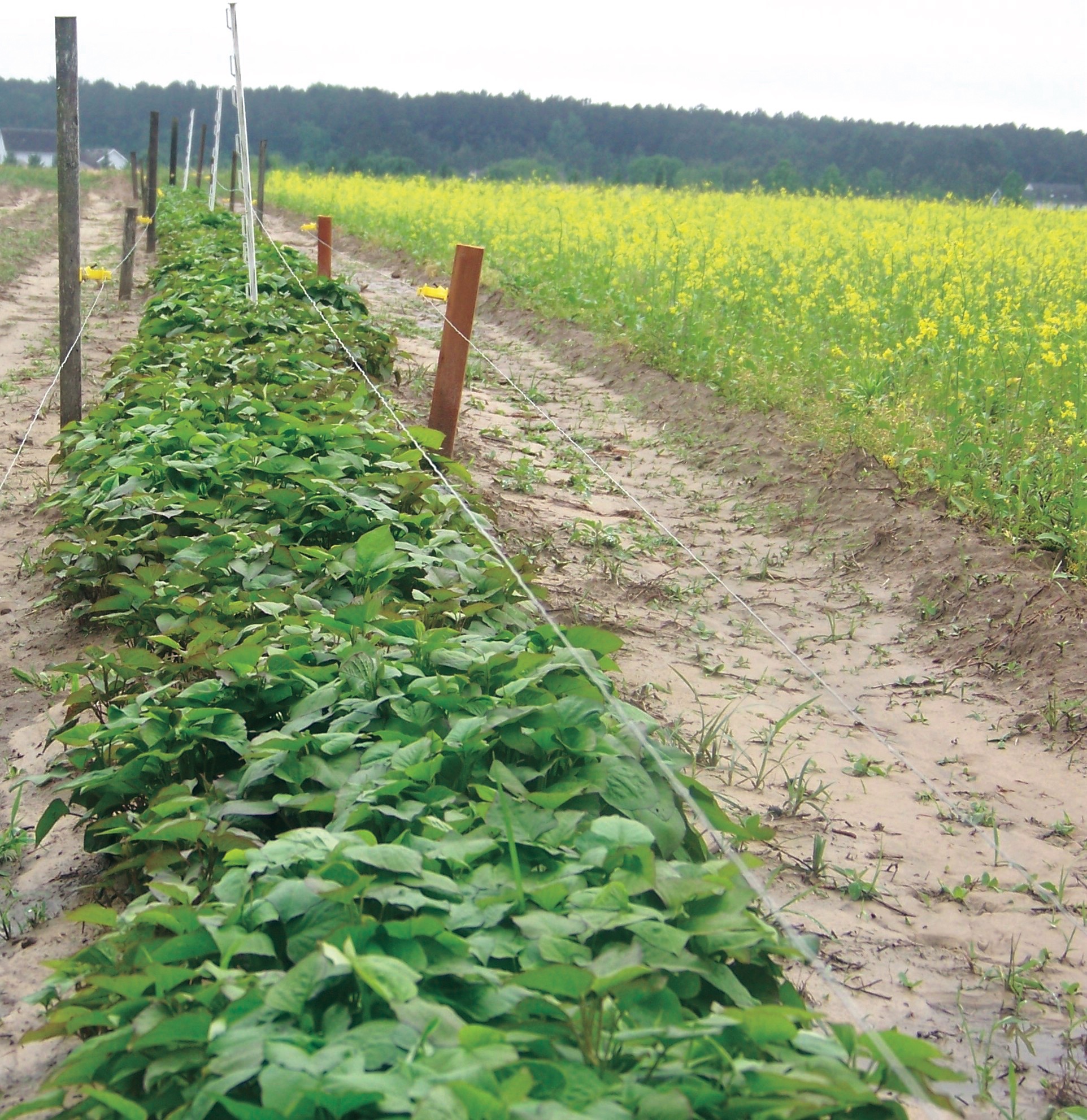 With farms like Orapeake making regional heirloom varieties more broadly available, testimonials from prominent farm-to-table chefs have become increasingly commonplace. Together, the combo has led to a resurgence in popularity.

“I decided to start growing these potatoes professionally because of their superior taste, my wife’s love for them, and their fascinating history,” says Greene. “There are 90-year-olds throughout the Tidewater and Eastern Shore that remember growing up with these flavors. It leaves me feeling accomplished to know my family has played a role in ensuring my grandchildren’s generation will be able to experience them too.”