Cat cafes got their start in Taiwan as a way for people to have coffee or tea while helping to support local cat colonies. The idea spread to the United States three years ago, and now there are close to 40 open across the nation. However, unlike their Asian counterparts, most of the cafes in the U.S. offer cats for adoption from local shelters. For a minimal fee, you can get something to drink, kick back and relax, and delight in the antics of resident felines. If you spot one that tickles your fancy, you can also fill out paperwork to get the adoption process started.

Freeda Steele, owner of the Catnip Cat Cafe in Norfolk, got the idea to start her business from a documentary she saw on TV about cat cafes in Japan. “The Japanese are really the ones who popularized the idea, and I just thought it was an interesting concept,” she says. “It’s a great way to have a viable business while assisting a population of animals that need help, by getting more exposure and potentially getting adopted. It just sounded like a win/win situation.” 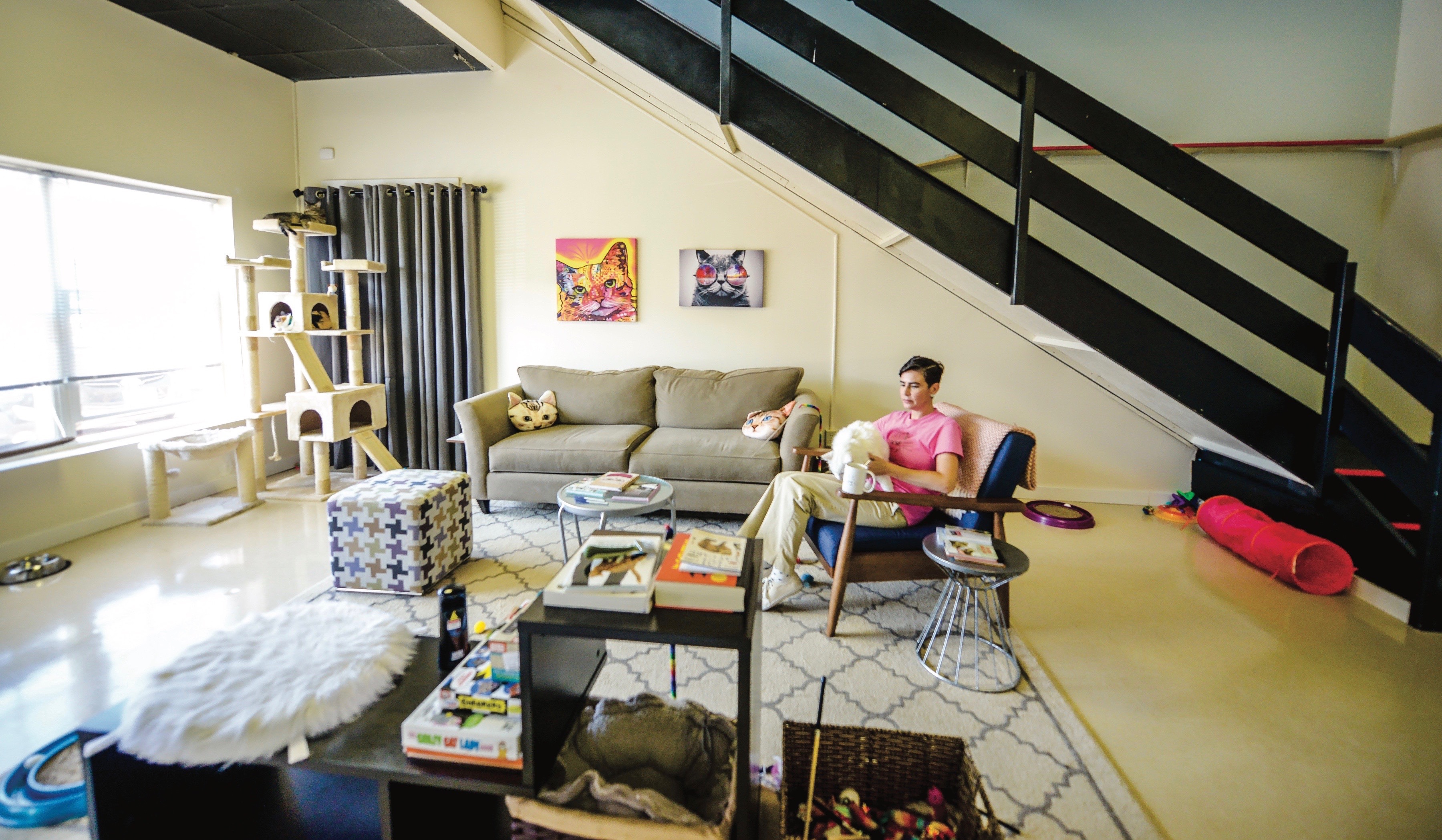 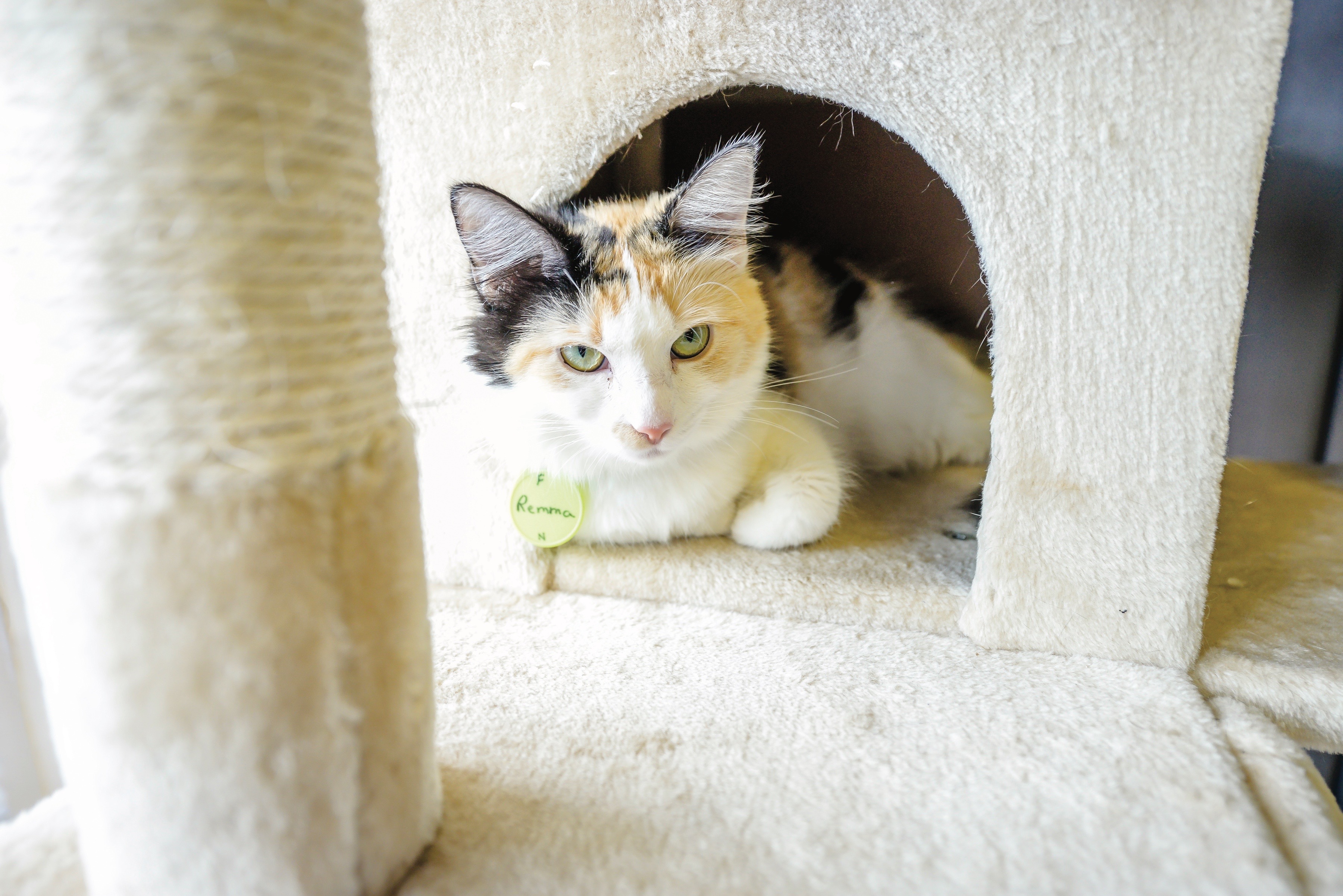 The way her business works is visitors pay $10 an hour to come in and visit with the cats. She can’t serve food yet because of health code issues, but coffee, tea and water are available. As for the cats, they are all from local shelters and live at the cafe 24/7. On the days the business is closed, Steele goes in to make sure the litter pans are clean and that the residents have plenty of food and fresh water.

Like any other new small business, there were a few bumps in the road while getting the concept off the ground. Steele originally wanted to be in Downtown Norfolk to get greater foot traffic but eventually relocated to Ghent because of zoning issues. By the time she got those issues resolved, the space she wanted downtown was no longer available. Even though she might not be getting as many visitors as a downtown location would give her access to, she still managed to adopt out 20 cats in the first two months the cafe was open. 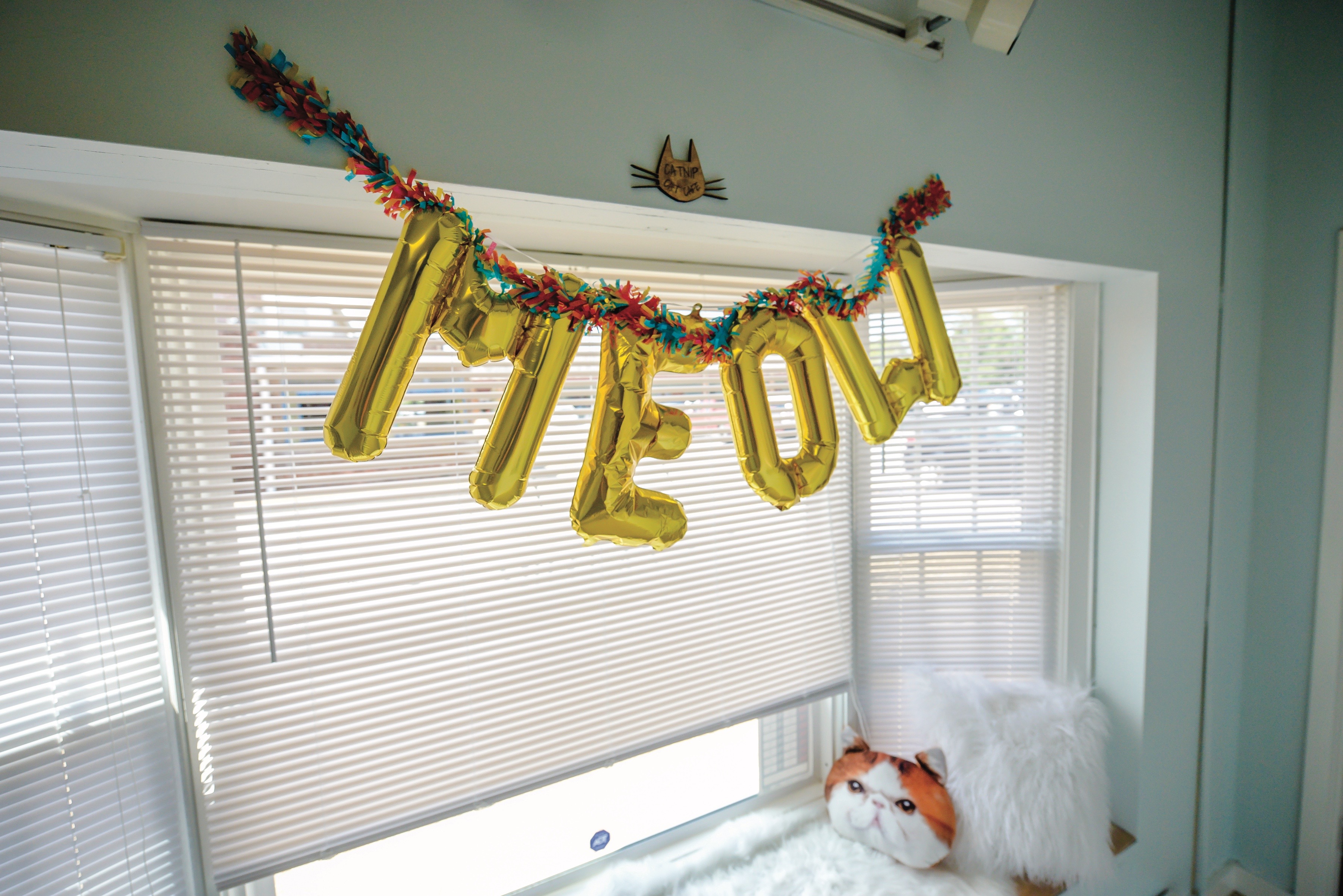 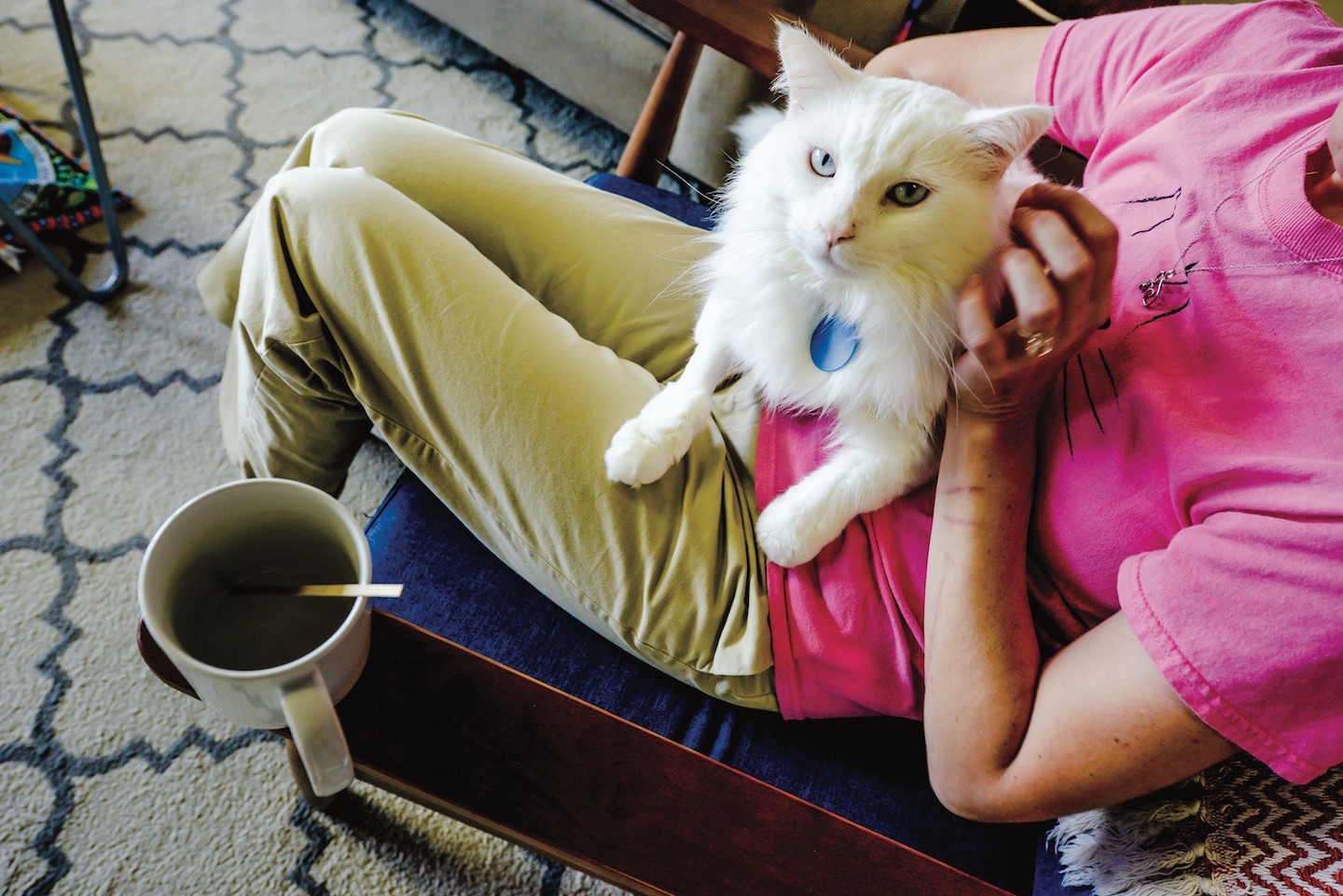 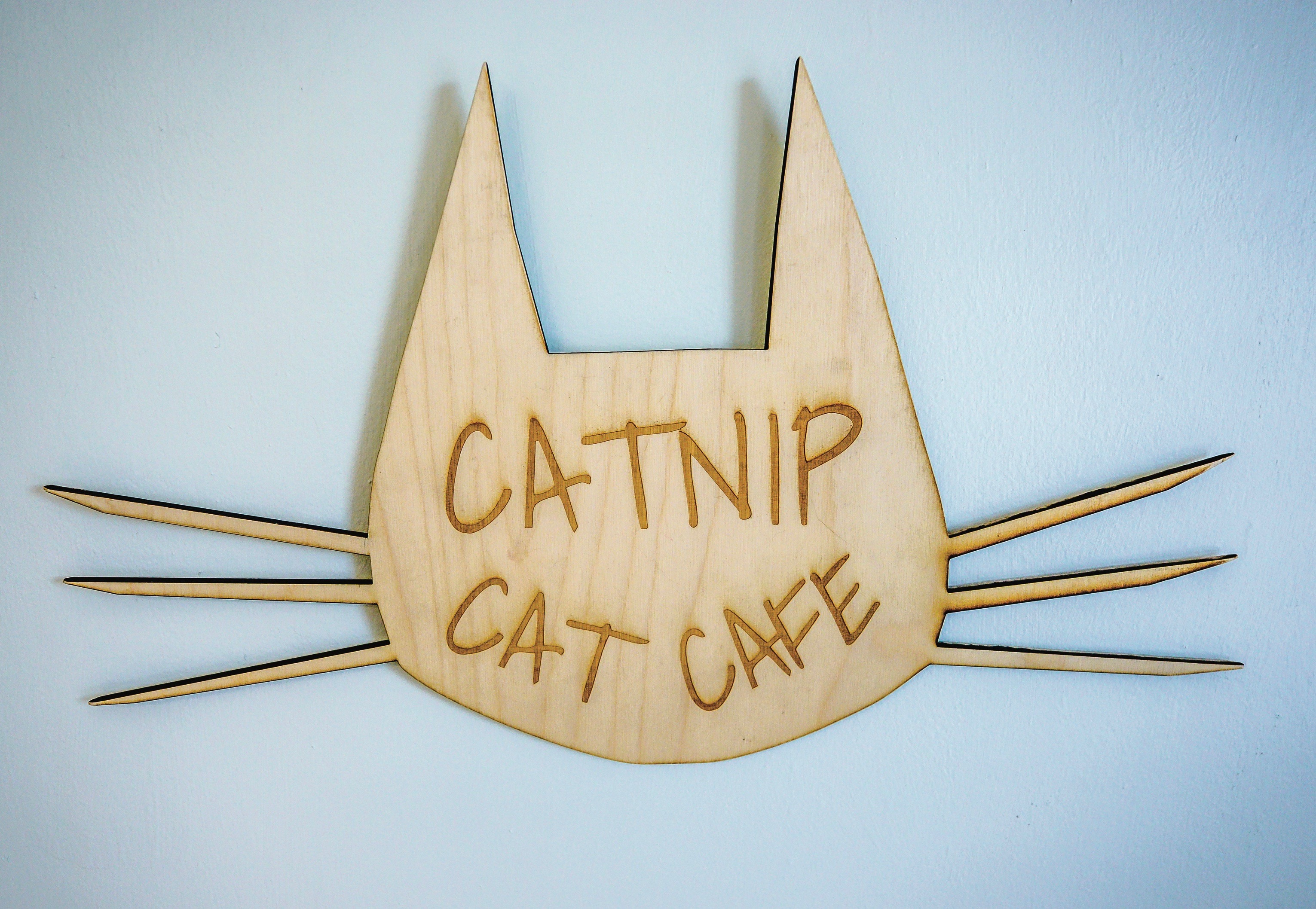 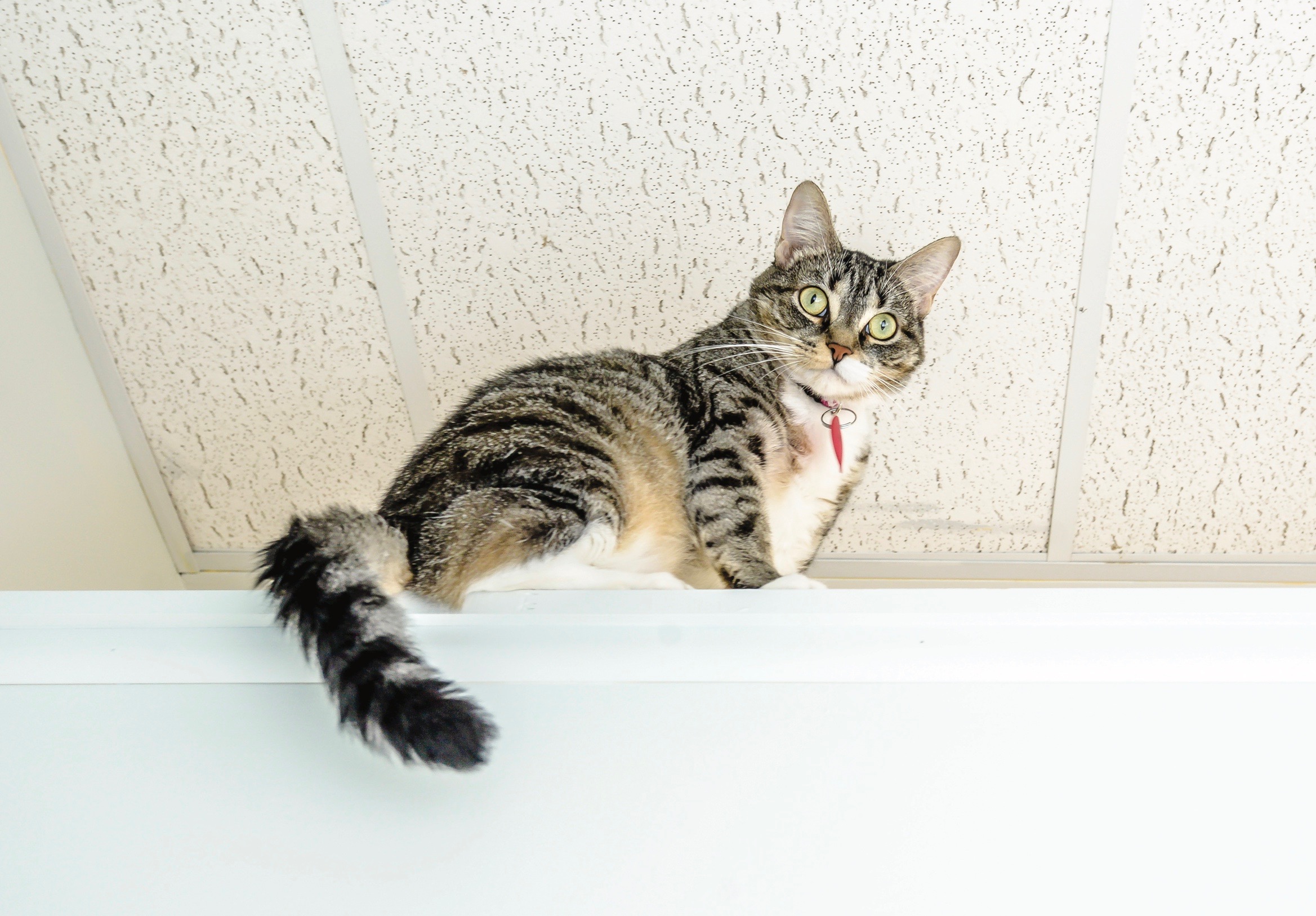 “I think this is definitely a place where college kids can come and hang out, especially if they can’t have pets in their living situation,” says Steele. “For others, this is a really nice environment for someone who is looking to adopt a cat. They get to see the cats in a more relaxed environment because they are free-roaming all the time. You get to see their true personalities a whole lot better than you’d normally see at a shelter. Even if people don’t come in with the intention of adopting, they might have a very good interaction and bond with a cat. And if they want to adopt, we can take care of it right there.”

Now that the grand opening is behind her, Steele is busy contemplating the next steps for the cafe. “We’re trying to get back on track with doing a food portion or maybe trying something entirely different like serving wine as a special offering for art classes or something,” she says. “It might be nice for people to come in after work, have a glass of wine and hang out with our cats. It would be a relaxing thing to do.”