Norfolk Growler Company’s handmade craft growlers for craft beer resemble old fashioned, folksy liquor jugs, donning decals with sketched caricatures evoking the city’s lore of flowery mermaids and tattooed sailors. The company’s logo is a salute to the USS Wisconsin, where the battleship’s hull number 64 playfully designates the number of ounces that can be held within the ceramic vessel.

With a sincere admiration for Portland Growler Company and its handcrafted ceramic growlers, sculptor and ceramicist Richard Nickel created a similar product specific to the East Coast and our community. Norfolk Growler Company was founded in 2015, after Nickel approached his friend Brendan Tompkins, a serial entrepreneur, and began figuring out molds and shapes. From there, Nickel developed the growlers from his home garage and studio in his backyard while his wife, Chris, an instructional designer at ODU, designed the growler’s decals. They made their debut at the Crafted Indie Arts and Craft Market at O’Connor Brewing, becoming a hit with drinkers as their creations served to be both artful and functional for craft beer couriers. 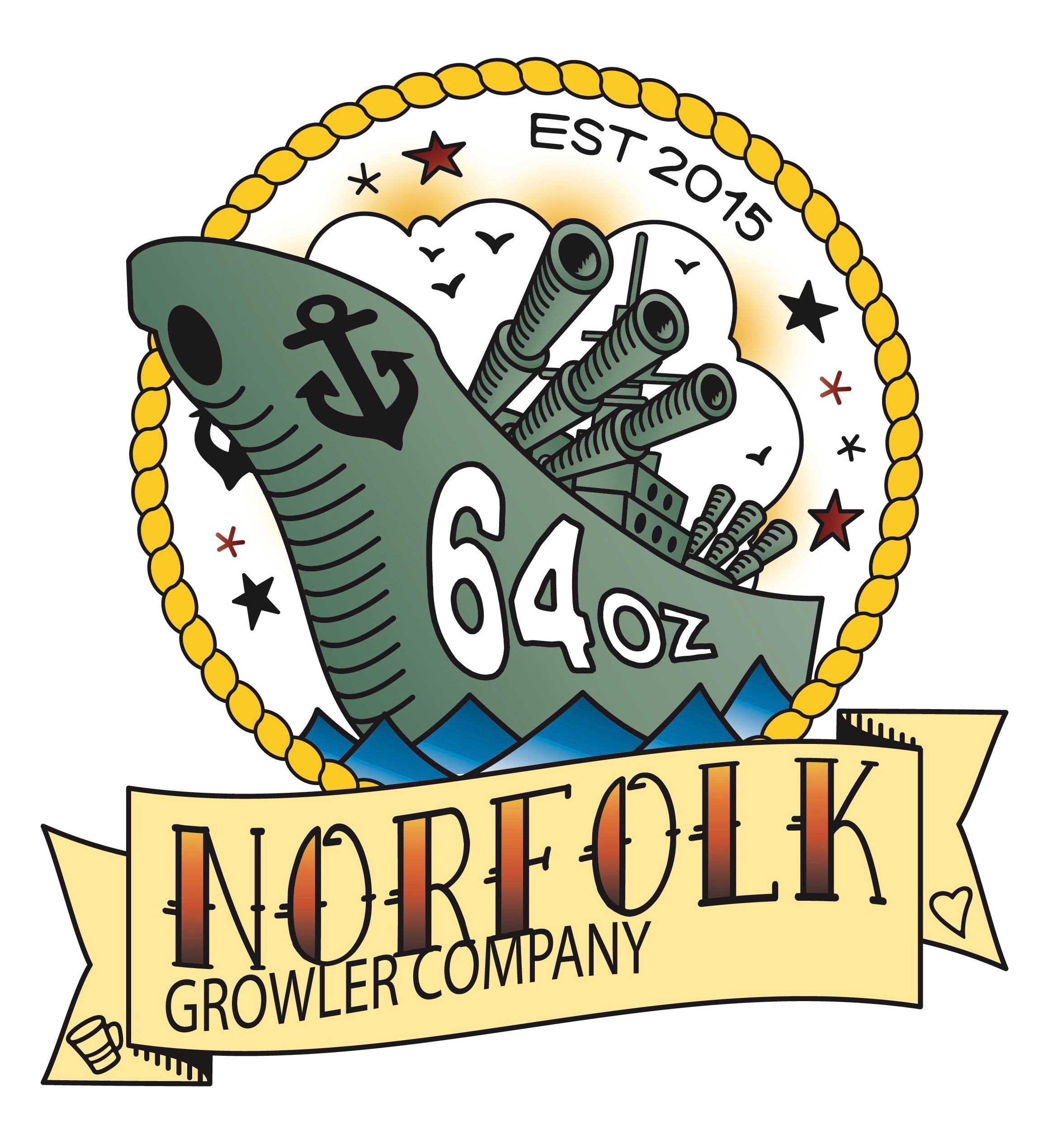 Ceramics, as a matter of fact, are traditionally one of the oldest ways to store alcohol. The Mesopotamians were credited as the first to brew beer in ceramic pots, while Ancient Egyptians stored their alcohol in more primitive ceramics. And while bronze-age villagers and divine pharaohs may not have been lugging their beer around in their precious pottery from one brewery to another as we do today, they were on to something. “Ceramics are a much better insulator,” shares Richard Nickel. “It keeps the cold in, it keeps the heat in much better, and the heat or the cold doesn’t transfer one side to the other very well, because it’s a natural insulator.” Unlike glass, ceramics also don’t allow for any light penetration, as exposure from sunlight can otherwise spoil or skunk your beer.

In the winter of 2017 Norfolk Growler Company opened shop at Studio CoLab in Park Place in Norfolk, a shared creative workspace and brainchild of John Porter and David Hausmann, owners of neighboring Toast and Handsome Biscuit. The studio provides the Nickels, along with their partners Brendan Tompkins, B.C. Wilson, Bill Sheavly and street artist Chris Revels more space to hone their craft and business. They work on 15 growlers at any given time, taking two to three weeks to create, from liquid clay to its final form, entering the kilns and decal fired three times. 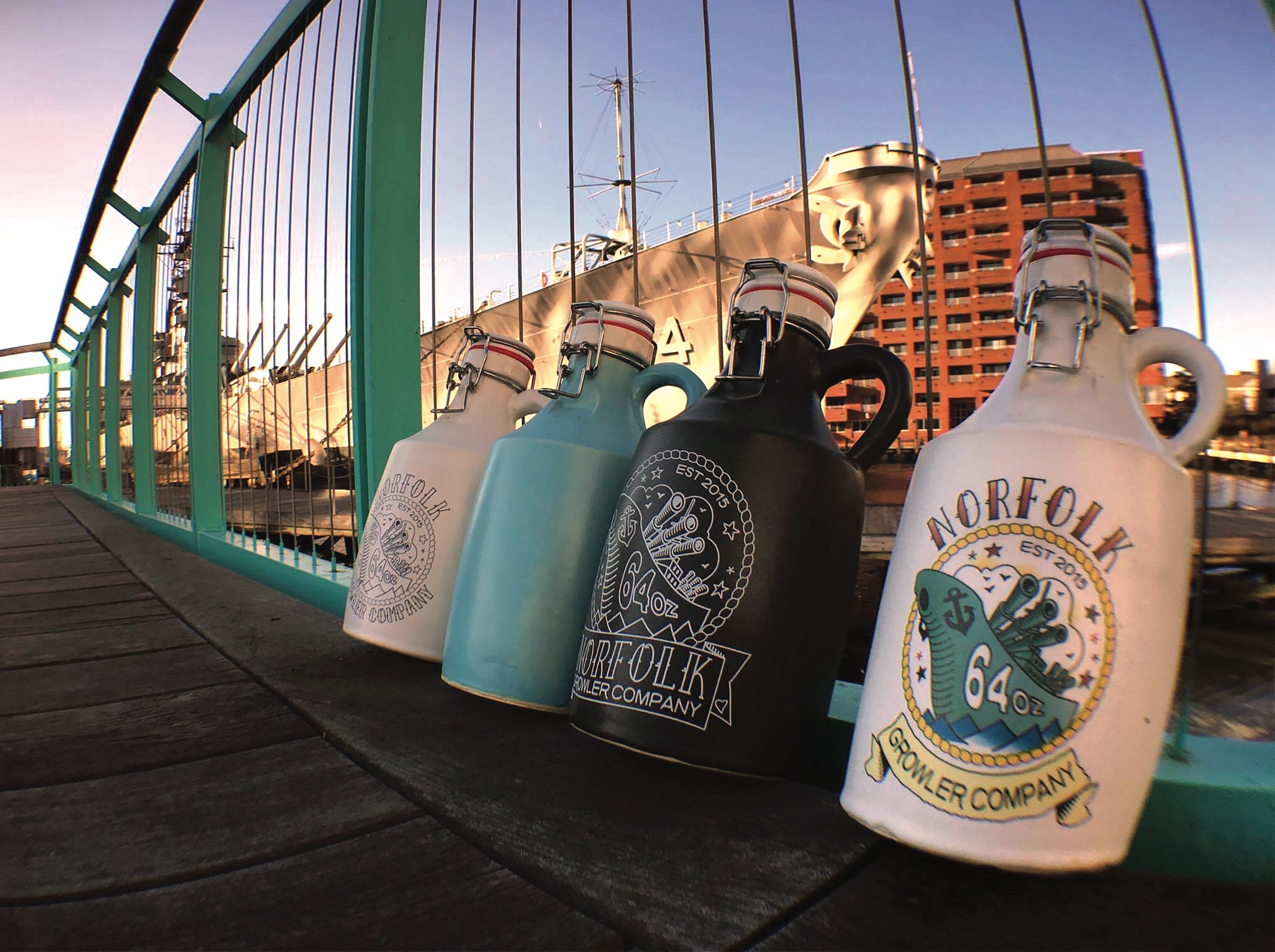 These brilliant beer vessels come in gun-metal grey, sailor blue and dress white, with inscriptions taking after the influence of tattoo artist Norman Keith Collins, otherwise known as Sailor Jerry, and a saucy mermaid designed by local tattoo artist Lon Bennett. They’ve also expanded on their selection, with hand-painted designs and their imaginative Cabinet of Curiosities Series, with historical prints featuring sea creatures and butterflies collected from the Library of Congress.

5 Tips for Managing Your Email Inbox