Trending Now
From Livable to Luxurious
Protecting Patient Data
Market Report: Health Care
How to Find Pandemic Relief with the Help...
Millennial Personal Appearance and the Law
Hacking is Becoming Less Human, More Robotic
Impacting the Workplace Loneliness Epidemic
Ransomware: What It Is, How to Avoid It...
Using Technology to Increase Employment Opportunities for Veterans
How Technology Has Caused a Shift in Marketing...
Excellence In LeadershipNetworking News 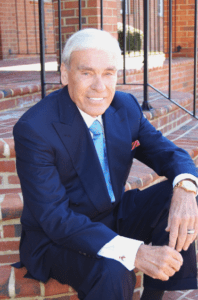 Not only does Faulkner say he will embrace change at the helm of the company, but he also sites constant growth and improvement as keys to Breeden’s success over the years.

“We are continually trying to strive,” said Faulkner, whose career with Breeden has spanned 20 years and counting. “So, when you look at the product that was built 20 years ago at The Breeden Company, versus the product that is being built today, it’s just a night and day difference.”

Faulker says Breeden has enjoyed a growth rate of about 25% per year over the last 10 years and is now the fifth largest construction company in Virginia. Breeden Jr. founded the firm in 1961 and began building single-family homes, apartments and shopping centers with 20 others in the organization. Today, Breeden boasts a team of 425 and has owned, managed or developed more than 15,000 apartments, 1,700 single-family homes and more than 2 million square feet of retail and office space.

The new CEO says the company’s strategic direction, which he is now overseeing, includes continuing to grow the third-party construction management division, which has seen “tremendous growth in the past five years.” 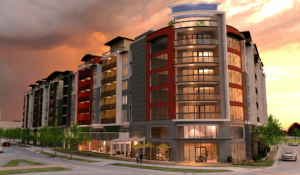 In 2021, The Breeden Company began expanding its office in Virginia Beach as well as Breeden Construction. It received approval on the development of a $27 million mixed-use project in Richmond, which will combine 142 multifamily units and 24,000 square feet of commercial space (the new headquarters for Breeden Construction in the capital city). There are also numerous major projects underway in Coastal Virginia, including The Pinnacle on 31st Street in Virginia Beach and The Lofts at Front Street in Norfolk.

Faulker says his team will also focus on third-party property management and originating their own development projects.

Breeden Jr. will continue to serve as the company’s chairman of the board. He and his son C. Torrey remain owners of the company, with Torrey staying on in his role as executive vice president, leading land acquisition and development.

“Having created this company and serving nearly six decades in the top executive leadership role, I feel this is the right time for a leadership change,” noted Breeden Jr. in a news release regarding the transition. “I am proud of The Breeden Company’s executive team and the businesses we are building.”

Faulker says that team building will persist as a top goal moving forward.

“I’m always trying to be supportive of the teams as they’re trying to deliver the results,” he says. “I think this is the tenant of leadership. It’s my job to assemble the team and provide the resources.”

He adds that longevity and loyalty are highly valued at The Breeden Company. 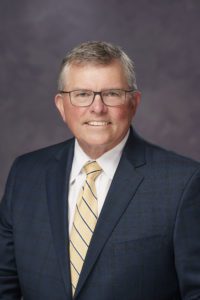 “We have not had turnover in my team,” Faulkner says. “And so that is a real testament to The Breeden Company and how we have grown and given people opportunity and responsibility, and they have stepped up and understand what the expectations are. And it has just been fun. We have made mistakes. Everybody in this company has made mistakes. The key is what do you do after the mistake. How do you grow and how do you learn from it? That’s what I am most proud of—it’s the people that I have.”