Photos courtesy of the City of Newport News

Mühlbauer Inc., which has made Newport News its American home since 2009, recently completed a $12 million-dollar expansion of their facilities located in Oakland Industrial Park. Florence G. Kingston, Director of Development for the City of Newport News, says, “Mühlbauer is a great example of the technology-based global companies here in Newport News. We are pleased to have had the opportunity to assist with their growth plans in recent years.” 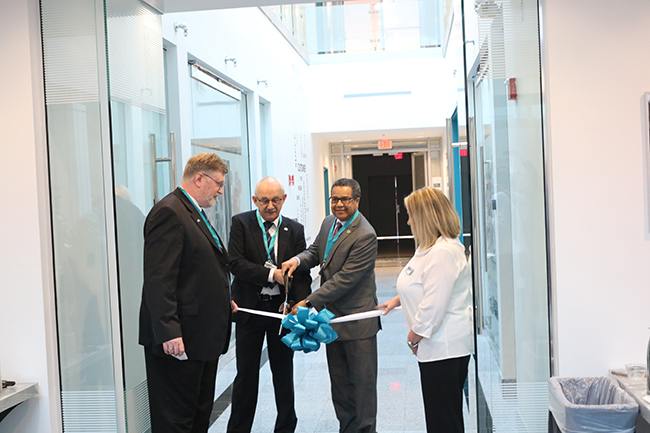 As a world leader in the manufacture of Auto ID-making machines, the German company plays a vital role in several industries, and its Newport News location is a one-stop shop for Smart Card and Radio Frequency Identification (RFID) manufacturing and related goods and services. Writing from Mühlbauer HQ in Roding, Germany, Lara Schmaus notes “To guarantee a contactless identification of goods and goods flows, Mühlbauer provides the complete machine and know-how package for the production and personalization of RFID inlays as well as for the subsequent processing to a Smart Label or Smart Ticket.”

According to Patrick Sweeney, an industry expert, the difference between EPC and UPC can be summed up by one term: serialized data. Companies can know the whereabouts of each item in the supply chain, so a pallet of iPhones or opiates can chirp their exact location at each stop, instantly imparting their origins so that defective or counterfeit products can be traced to their point of manufacture.

Mühlbauer is able to supply the software, readers, advice and wraparound services that can enable mid-to-large firms to implement cost-cutting changes to their supply chains with RFID chips and similar technologies. These changes can in turn strengthen connections to suppliers, partners, and customers. Their Smart Factory Competence Center here in the Old Dominion contains space for training, product demonstration and assembly.

“With the use of RFID and thus the contactless transfer of information,” explains Schmaus “not only processes in local passenger transport or other access systems (e.g. ski lifts or football stadiums) can be optimized, also the logistics, sorting, delivery and loading processes of various goods and goods services can be noticeably accelerated.”

Founded by Josef Mühlbauer in 1981, the company manufactured their first Smart Card a few years later. These products were the precursors to the chipped credit cards of today that produce a unique number at every purchase, making theft pointless. Clearly, this is a company on the cutting edge, so in the 90s they were able to open their first RFID factory. Although the technology had been around for about fifty years at that point, widespread commercial implementation of RFID would not take off until 10 years later.

Mühlbauer’s latest expansion in Newport News comes at a time when RFID is seeing unprecedented growth. According to RFID Journal, the RFID market was valued at $26 billion in 2015, a $24 billion increase over its value in 2005. Driving this unprecedented decade of growth were a couple of Sams. In 2003, Wal-Mart announced that its top suppliers would be required to issue a RFID tag to every case and pallet that entered its supply chain. When the Department of Defense followed suit a year later, demanding the same of its 40,000 suppliers, the RFID game was on. Target, Albertsons, Tesco, and Best Buy soon followed, spurring growth, innovation, and the kind of potential that has financial analysts swooning to this day.

Like so many decisions, cost was at the heart of the DoD and Walmart’s choice. RFID technology has the potential to cut millions of dollars and thousand of hours out of any mid-to-large supply chain. Virtually every cost associated with supply chain management can be reduced with an RFID slap and ship system. A luxury goods company could easily seal a passive RFID tag into an item like a high-end home stereo amplifier. The tag would never interfere with its weight, design, or function. The tag could remain passive and mute until a bad actor decided to remove the amplifier from a warehouse. As soon as it passed through the bay door a flash photo, alarm, and phone call to the local constabulary could be triggered. All this for as little as fourteen cents an asset. Compare that to the near $1.50 per asset a barcode system could cost, and it is clear why companies are lining up for RFID.

Mühlbauer makes the machines that make the technology, but what metrics can be used to determine whether a supply chain is large enough to necessitate the implementation of an RFID system? Take a coffeehouse. The last container of coconut water could have a passive RFID chip embedded in its label, so when it passes by the reader on the outside of the sales case, it could automatically send a message to reorder, instantly verifying that the physical stock matches the inventory recorded from the point-of-sale database. While a company like Starbucks may consider such a system, it would more than likely not benefit a Mom and Pop shop. Companies can consult with Mühlbauer and consider the cost of the goods or equipment they want to track, the speed with which their supply chains need to function and any technical or physical limitations to RFID implementation. 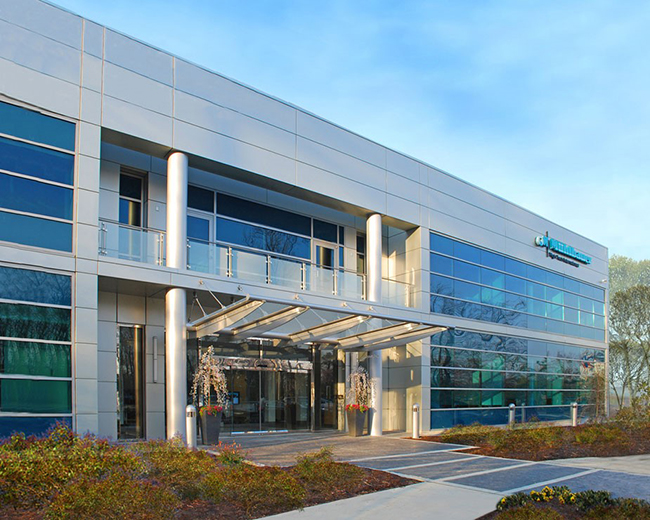 To understand the Internet of Things and RFID technology, it’s necessary to go back to Leon Theremin, inventor of the theremin, a bizarre musical instrument heard on all kinds of shaggy songs from the ’70s. Broke and sent to work in a Gulag during WWII, Theremin invented a listening device that relied on Radio Frequency Identification technology similar to what we find today in our credit cards and hotel room keys. The passive (or powerless) chip was spliced into a lovely gift from a group of school children to the American Ambassador to Russia, who proudly displayed the sculpture in his office, unwittingly recording sensitive conversations for seven years.

Russian spies then beamed a radio wave at the device from across the street, which provided all the power source that was needed to transmit countless hours of conversations between high-level American officials. The reader and passive chip are similar to the same devices used by Amazon, General Steel, and 32M, a Wisconsin company whose employees willingly signed up to have RFID chips implanted in their skin.

Which raises the sensitive issue of privacy. Because if a customer purchases the aforementioned high-end amplifier and unbeknownst to them there is a virtually unidentifiable chip full of data sitting and waiting for the right radio wave to tell the world its story, that might make them a little uncomfortable. While it may be true that there are way more privacy concerns related to smartphone usage, dismissing customer concerns when there are chips in credit cards, passports, license plates, and various ID cards, makes little sense. One way to pacify customers warranted concerns is to only place tags in packaging so that they are thrown away after purchase. Hiding tags in the interior of a product, however, is a surefire way to cause customer concern. Concerns that companies interested in RFID need to realize are warranted.

RFID tags can—and perhaps should—be encrypted, that way they won’t broadcast their data to any old electromagnetic field that happens to lope by. Active RFID tags are less common, much larger, and hard to hide. The main reason the Russians were able to spy on the US Ambassador for so long is that chip was passive, powerless, and tiny. Active tags will last as long as their battery does, but passive tags have a virtually unlimited lifespan. Some active tags can broadcast their signal up to a kilometer. Passive tags have a much smaller range, but unlike bar codes, the tag does not have to be seen to be read. It can transmit through walls. Unlike UPC labels, hundreds if not thousands of RFID tags can be read in an instant.

For the DoD, active tags have been a godsend. A soldier on the ground in Syria doesn’t have time to be fiddling with a complex database. She needs to know in an instant exactly how many rucksacks and assault packs are on the pallet that just parachuted down from the Sikorsky CH-53E Super Stallion that is quickly helicoptering away to reload and keep the life-saving supply chain functioning with the highest throughputs possible. Since their tags are equipped with a GPS system, as soon as that pallet has been unloaded a message can be sent to workers at the Pentagon, or be sent directly to the manufacturer for reorder. Yes, RFID can be a job killer, but it’s also a soldier saver.

Where does RFID go from here? Schmaus notes “The latest application areas for RFID tags include the textile label of clothing or the Near Field Communication (NFC) applications for payment with a Smartphone.” As the cost to manufacture RFID tags continues to shrink thanks to companies like Mühlbauer, arguments are being made that UPC barcodes will be a thing of the past. It is perhaps too early to tell, but the development of this technology has been far from linear.

A case could be made for a direct correlation between consumer interest and a notable lack of development of RFID technology. A refrigerator doesn’t need an iPad on it with custom-made Spotify playlists that change with whatever seasonal produce happens to be in the crisper. If the twist tie wrapped around a bunch of Russian kale had an RFID chip in it a PC could beam an occasional radio wave in its general direction, and the kale could talk to Instacart bringing a fresh load of greens an hour later. This is far more efficient than having a coffee maker with its own Instagram handle.

The New York Times reports that for $190 the Swiss Company Blacksocks sells RFID-equipped Plus+ socks that can ensure every pair of socks is perfectly matched as wash and use fades them over time. While perfectly matched socks may be desirable, this use of the technology is a bit much. Regardless, as costs continue to shrink and new innovations in supply chain management are always on the horizon thanks to companies like Mühlbauer, the future of RFID is bright.