Coastal Virginia is no stranger to powerhouse executives. Some of the world’s most forward-thinking minds reside here in our seven cities, eliminating barriers and advancing developments in medical treatments, global philanthropies, tourism efforts, home design and more. Also thriving in our waterfront community is CREW Coastal Virginia, an elite group of 100 commercial real estate professionals on a mission to transform the industry.

Our region recognizes CREW Coastal Virginia as the premier business network in commercial real estate, connecting its members to opportunities in over 75 global markets and direct access to the sharpest minds in the field. Founded in 2004, the local chapter falls under the leadership of CREW Network, the parent organization that sponsors over 12,000 members in markets as close as Richmond and Northern Virginia to more distant chapters in Toronto, the UK, India and Singapore. Comprising its co-ed member base are experts in commercial lending, law, construction, real estate, finance and more.

An expert on all things CREW is longtime member and Fulton Bank Vice President, Sheila Traficante. Traficante first discovered CREW while living in San Diego at the beginning of the recession. The organization’s networking events and educational materials proved paramount to business generation, so when Traficante relocated to Coastal Virginia in 2012, joining the local chapter was high on her to-do list.

Traficante graduated from a committee member to board director, and most recently, to president of CREW Coastal Virginia. Her one-year role concluded in December 2020, which proved to be the organization’s most trying year yet. “When I say it was a challenging year as CREW president, it was definitely the case. We had to pivot on the ways in which we provided content and kept members engaged,” remembers Traficante. 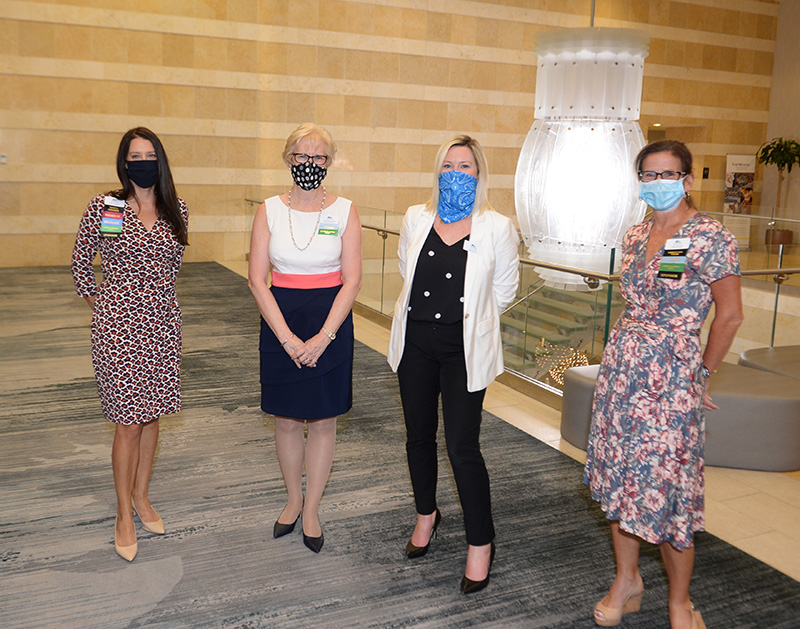 Despite cancelled luncheons and the tribulations of Zoom meetings, CREW Coastal Virginia succeeded in a number of notable endeavors, most importantly, its new branding. Formerly CREW Hampton Roads, the local chapter announced its newest title to the entire CREW Network during its annual convention in September 2020. “[The name change] was several years in the making,” explains Traficante. “We recognize that as the CREW Network continues to grow and we network outside of this area, Hampton Roads is not a locationally-friendly identifier. We thought [CREW Coastal Virginia] would be the best fit for networking with other chapters and members.”

The local chapter also highlighted the accolades of two female members—Jan Hall and Alyssa Embree. Hall was recognized during the 2020 Groundbreaking Women Series for her achievements as Director of Business Development and Preconstruction at RRMM Design Build and her ongoing participation in both the CREW and Coastal Virginia communities at large. Embree, an attorney with Williams Mullen, makes history as the first-ever CREW Coastal Virginia member to be elected to the CREW Network board. Her new role begins this year.

Also new in 2021 is CREW’s Mentorship Program. Members can handpick their mentor from a select group of network biographies to ensure a focused education over the program’s sixth-month period. Other giving-back initiatives hosted by CREW Coastal Virginia such as their Spring Luau and Silent Auction were put on hold due to the pandemic. They were, however, able to award a scholarship in conjunction with HRACRE Reach Foundation to a student pursuing Commercial Real Estate at ODU.

CREW Coastal Virginia looks forward to hitting the restart button in 2021 to continue on its mission to transform the commercial real estate industry by advancing women globally. “We are able to work towards this mission through Business Networking, Industry Research, Leadership Development and Career Outreach,” adds Traficante.