Local Businesses Use Virtual Reality to Connect in New Ways

Once the stuff of sci-fi, virtual reality is fast going mainstream. The technology’s ability to offer immersive experiences in genuine virtual environments is transforming how many companies and organizations think about work.

Donning a headset and motion sensors, school children enter Fantasia-like worlds and interact with peers from around the globe. Neurosurgeons explore MRIs by touring models of their patients’ brains, enabling them to search for tiny details that may otherwise go unobserved. Patients use apps to undergo pre-procedural virtual MRIs, thereby reducing anxiety and chances of claustrophobia. Real estate agents guide long-distance home buyers through VR walkthroughs from thousands of miles away. And these are just a few of the possibilities.

Given the technology’s revolutionary potential, forward-thinking businesses in Coastal Virginia are adapting the technology. The following five companies and organizations are putting VR to work in new and fascinating ways. The results have the potential to create and transform entire industries. 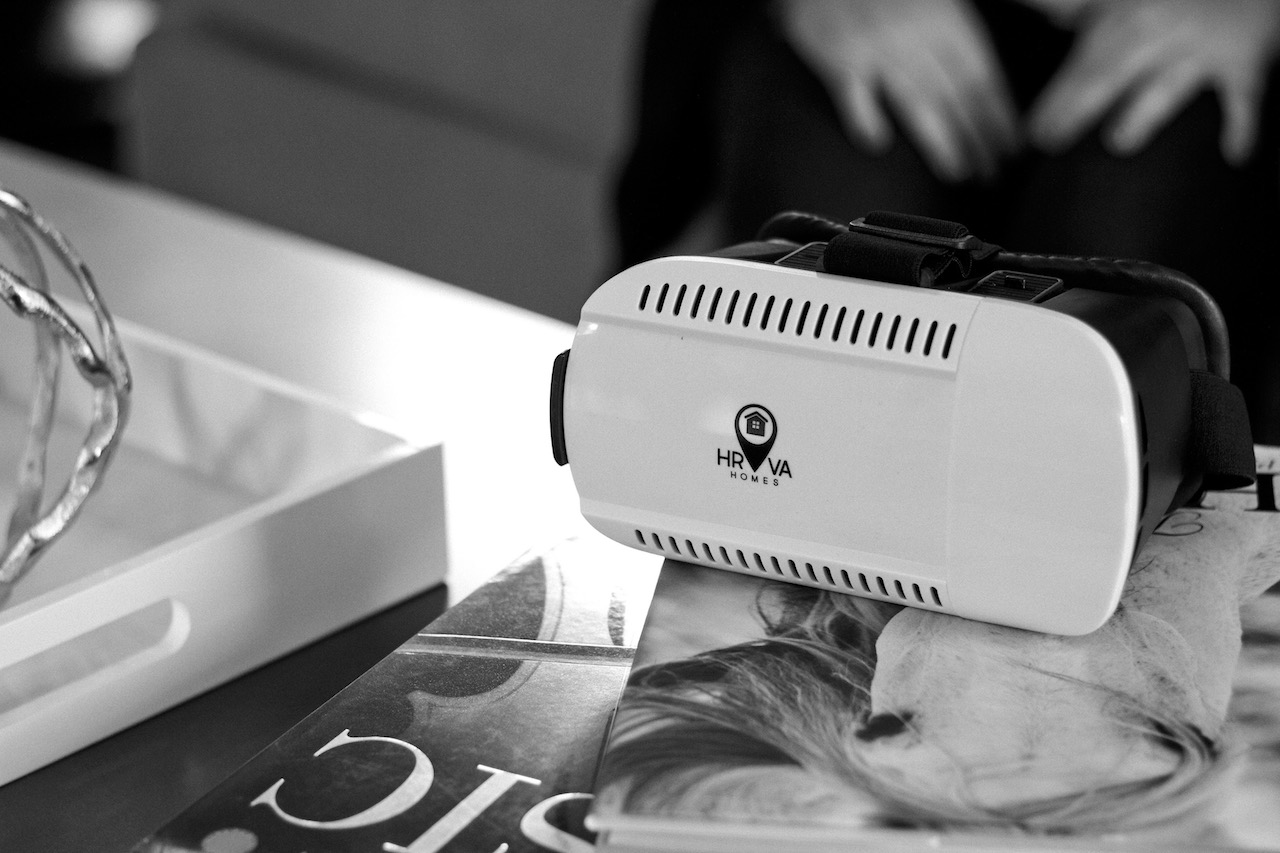 Watching the rise of VR, HRVA Homes at Keller Williams Town Center Lead Real Estate Agent Erin Ward thought of military families. Having spent 24 years as a military spouse, she’d hopped from base to base and moved an incredible 19 times. The stress was immense. With limited time for searching, the family sometimes ended up in homes and neighborhoods that looked different from what they’d seen in pictures.

If only she and her husband could’ve toured homes in advance. VR could make that a reality.

Phoning a friend and agent in San Diego in 2017, Ward learned more about the technology. With a comparatively small investment, she could begin offering clients online virtual tours from afar. The walkthroughs would help distant buyers narrow their search and reduce the number of homes they’d need to visit in person.

In late 2018, Ward bought a 360-degree video camera, goggles and related software. Together, the bundle cost about $5,000. By December, she was ready to post her first video.

Ward says the results put traditional 2D photo tours to shame. Carrying the camera on a selfie-stick, she walks through homes room by room, cataloguing features like floors, ceilings, fireplaces and windows. Next comes the grounds. Lastly, she gets footage of the surrounding neighborhood. 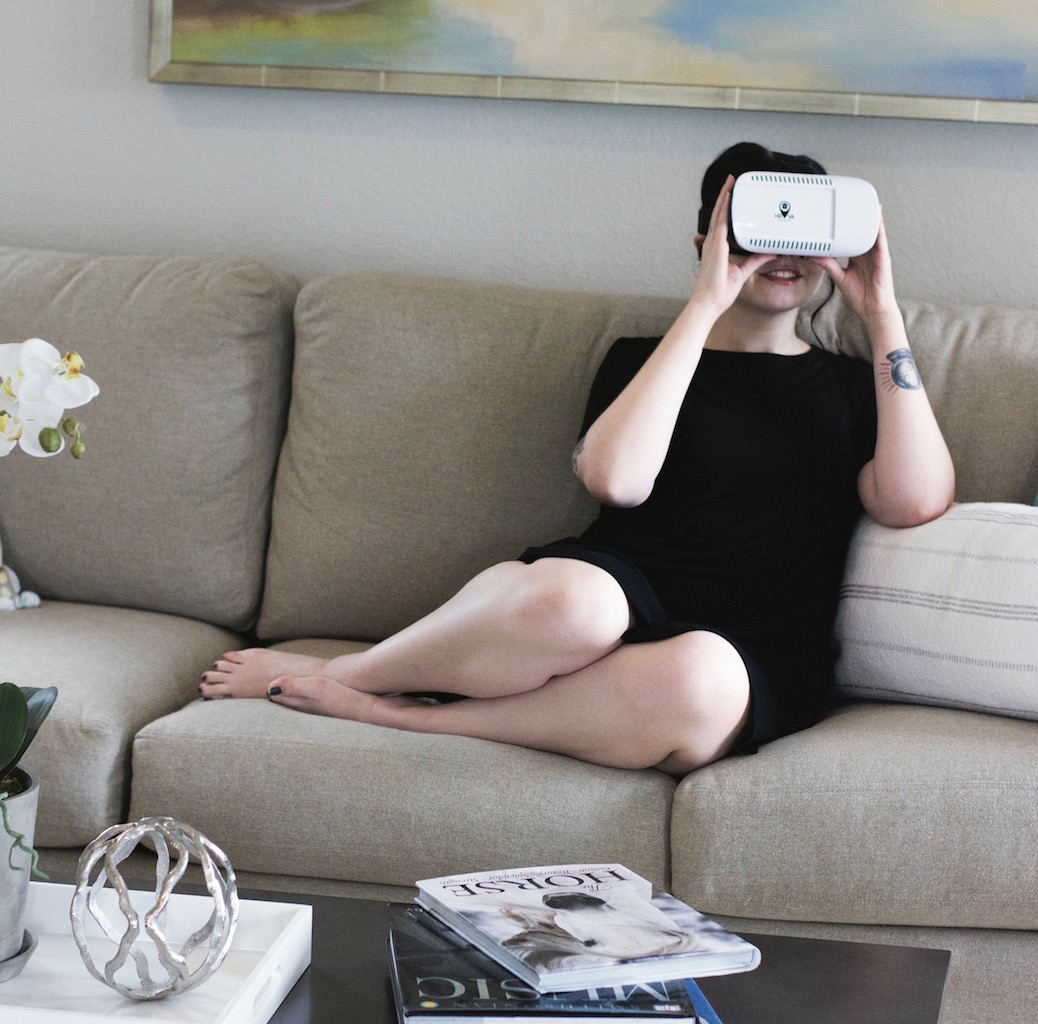 Interested buyers can use their own headset or request that Ward mail them one of hers. They then set up a time to connect online where Ward will lead them on a ‘walk’ through the home. Rendered into a virtual environment, the space can be explored—potential buyers can open doors and closets, zoom in on crown molding and so on.

Ward says the technology enables her to establish a better connection “than I normally would with a client that’s not here in the local area.” Furthermore, she says, “You’re saving time. You’re being more productive. And you’re definitely not losing out on this fast-moving market.”

To date, Ward has made videos of more than 100 homes. She has sold a handful to buyers that have never visited in person, including a military family from Nebraska. 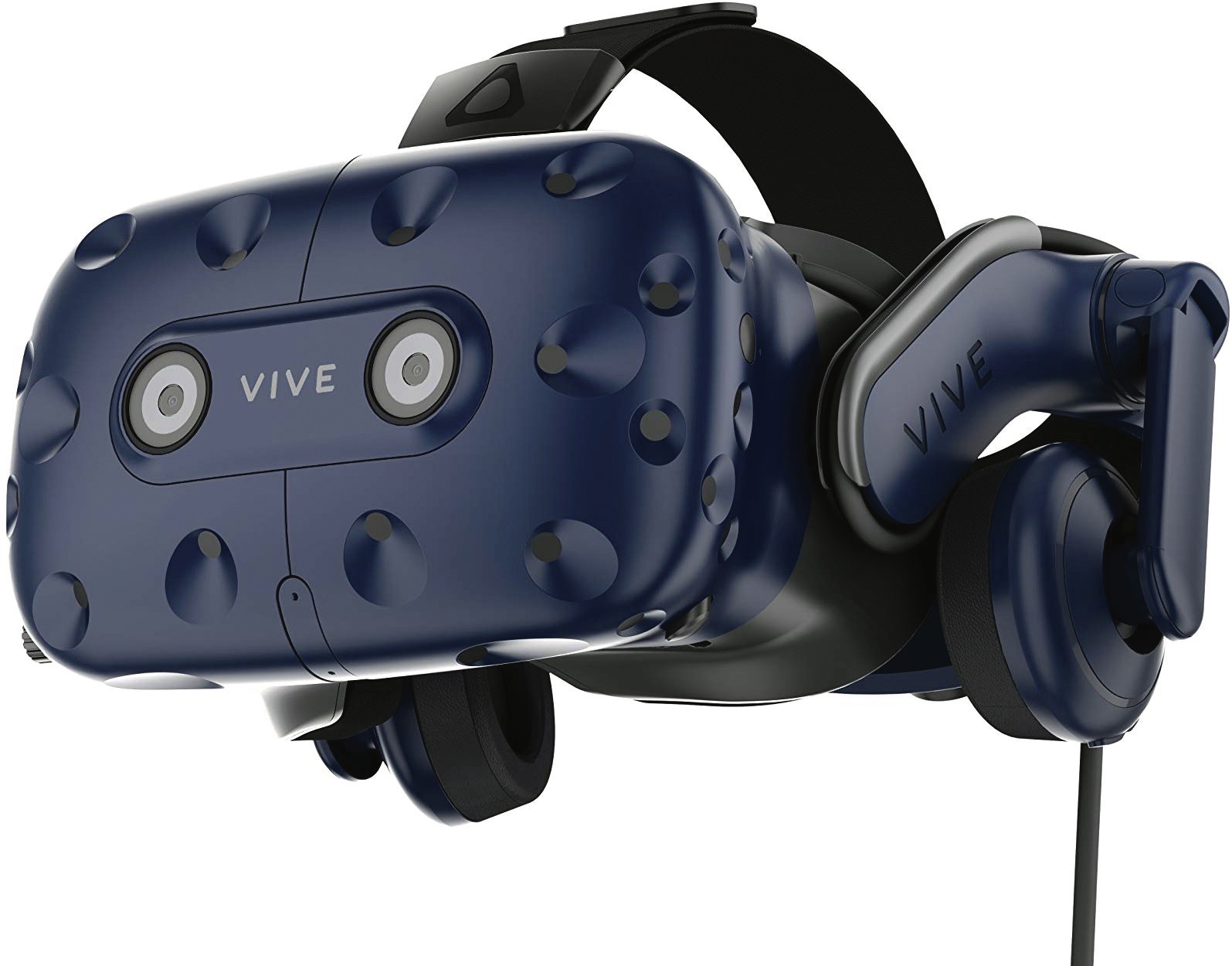 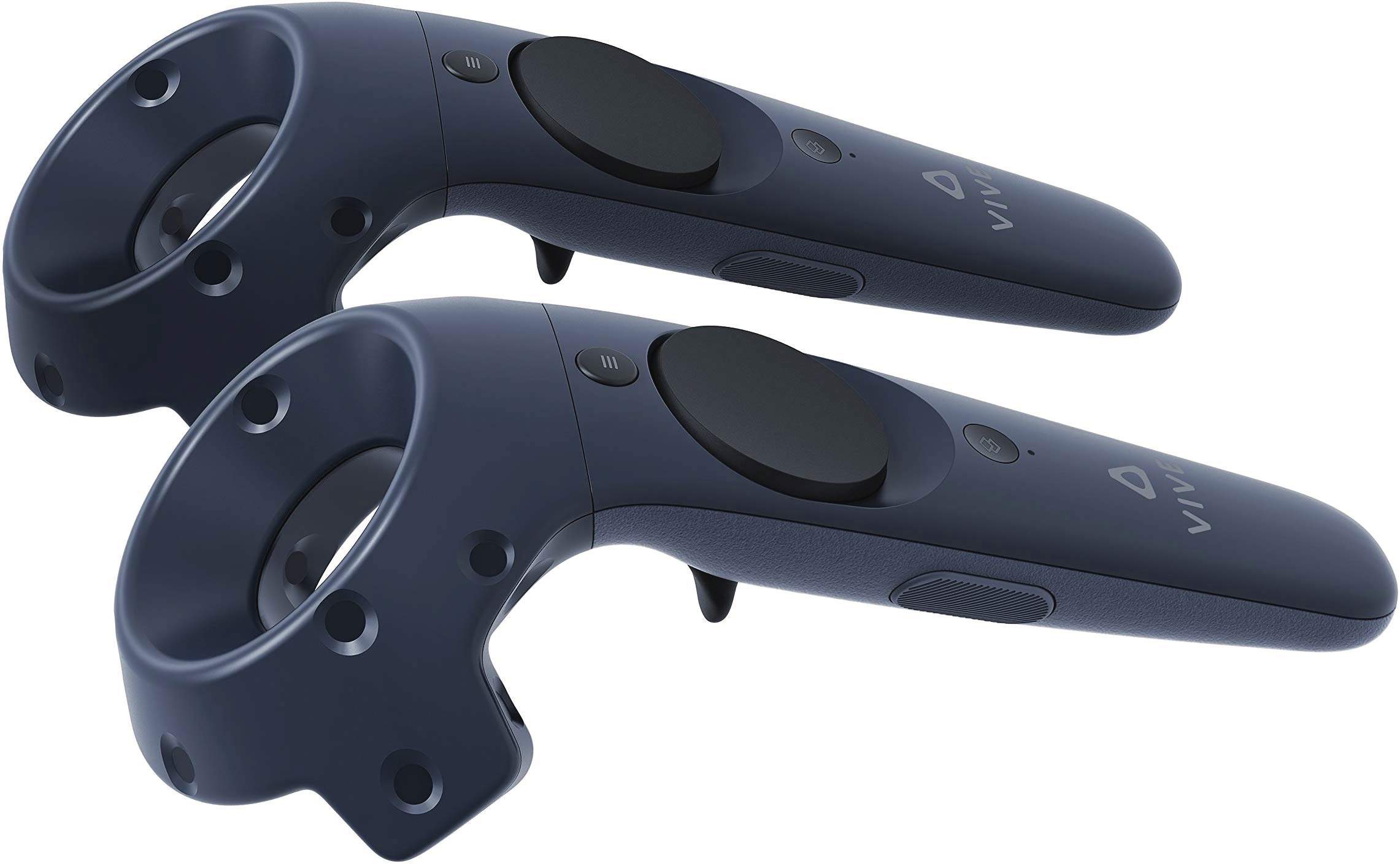 Law enforcement officers at the Hampton Roads Police Department have partnered with J&F Alliance Group Inc. to help take virtual, military-grade training programs and equipment to the next level. Using state-of-the-art VR headsets and weighted e-guns that handle and kick like real pistols, officers immerse themselves in highly stressful digital environments like school shootings or armed robberies. Their task is to diffuse the scenario.

And we’re not talking arcade or GameStop level stuff here. Developed at the NASA Langley Research Center, the patented bio-cyber physical system, BioPhyS, is one of the most advanced in the world.

Heart monitors and brainwave sensors collect biofeedback. Software then uses the data to create physiological performance metrics and a responsive environment. As an officer’s stress levels rise and execution begins to drop, they encounter obstacles designed to restore peak performance. The training teaches them to better control their reactions.

“Basically, you’re teaching people to self-regulate in high-stress situations,” says J&F Co-founder and Corporate Operations Officer JarMarcus King. In a nutshell, “it’s the idea of challenging someone to produce a particular physiological pattern and reinforcing them for doing so.”

Though currently still under development, King envisions a product with a broad range of uses. For instance, it could help soldiers train for war or firemen prepare to enter burning buildings. In more mundane applications, it might enable rookie police officers to experience routine traffic stops, with virtual avatars responding positively or negatively according to feedback from bio-signals.

Hampton Chief of Police Terry Sult calls the partnership a win-win scenario. On one hand, it ups the ante for police training throughout the world. Meanwhile, benefits for his department are immediate.

“If we can [use BioPhyS to train] under scenarios that require judgment in the use-of-force scenario,” Sult said in a 2018 statement, “then it will help officers to de-escalate situations, understand what their body’s going through and be able to focus better and control the adrenaline rushes that come with that. They’ll be prepared for it.” 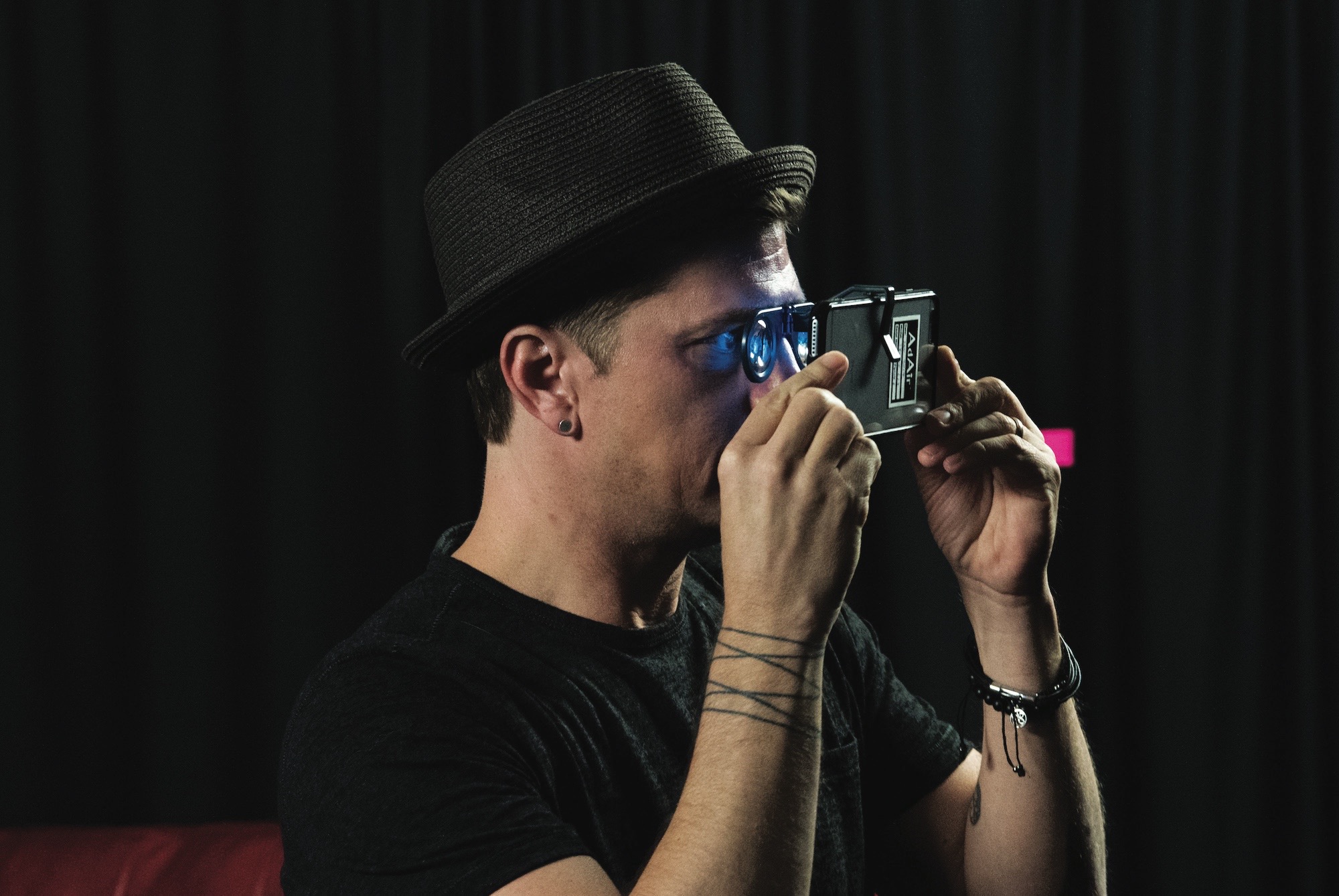 Founded in 2014, the Hampton startup attracted worldwide attention when it contracted with U.S. mega band Matchbox Twenty to stream live virtual reality concerts in 4K resolution. Using the Swivel VR app, viewers could toggle between vantage points—including positions on the stage itself—and catch 360-degree views from each. They could even snap photos for personal use or sharing on social media.

The event was unprecedented. Though concerts had been filmed with 360-degree cameras before, like a movie, viewpoints were limited and pre-defined. What Ad Air created was the world’s first fan-controlled concert experience. It felt less cinematic, more like the real thing.

One of the band’s managers, Nick Lippman, described the medium as providing “a way for fans to keep coming back and reliving the [event] a different way each time.” 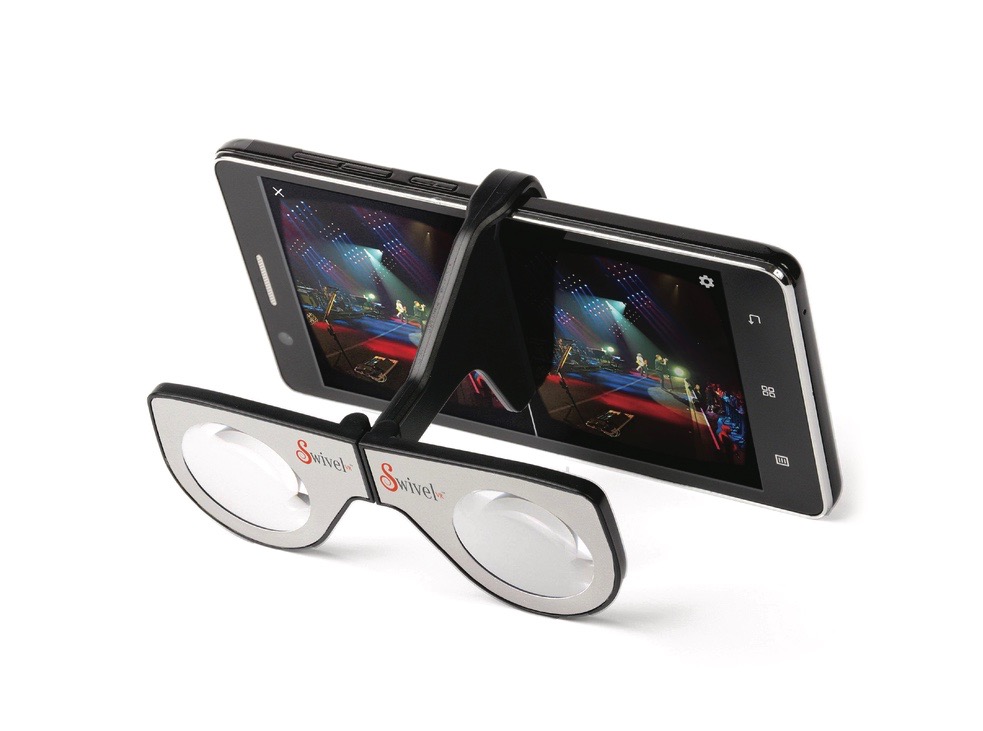 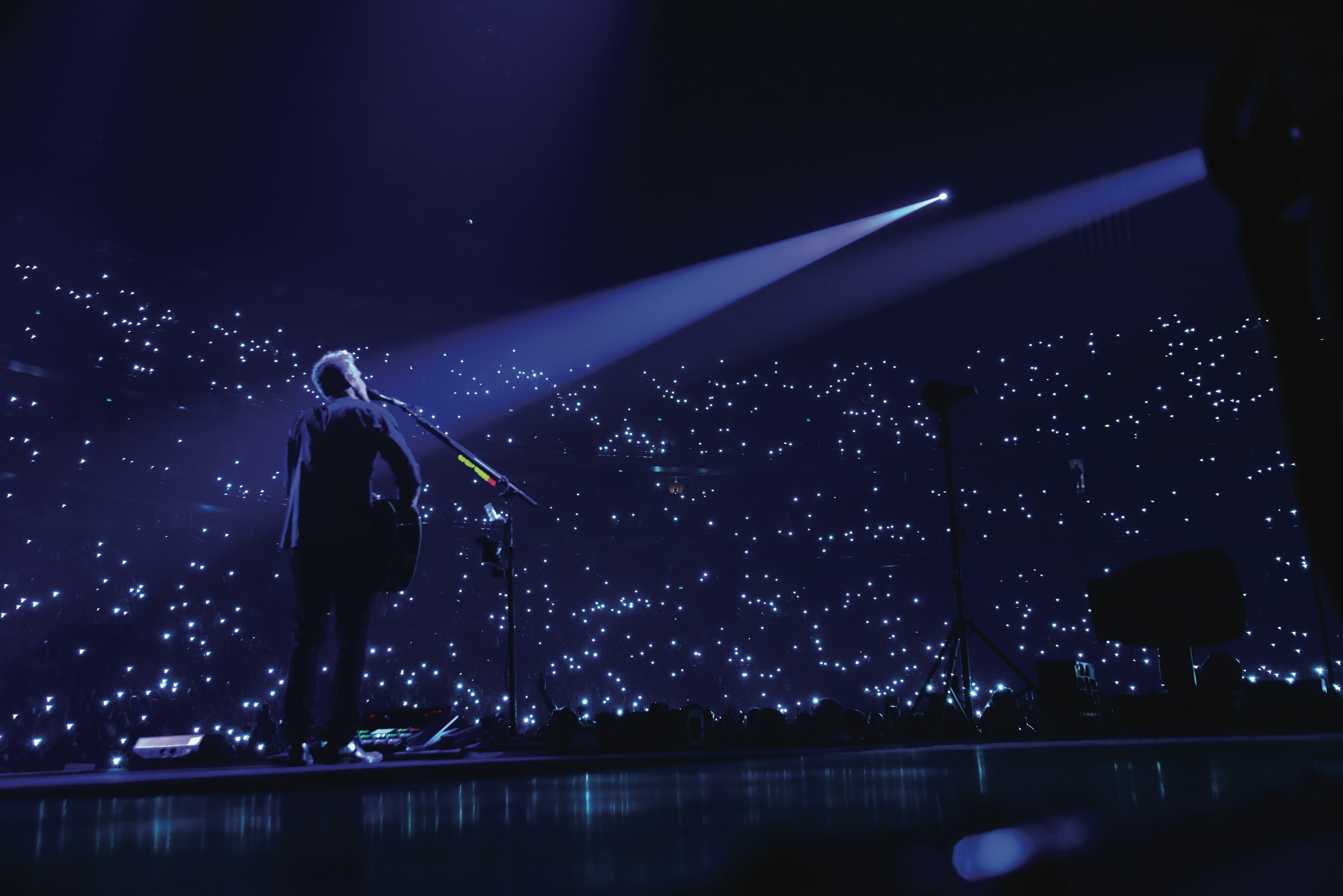 “That’s the beauty of VR—it allows the viewer to create their own experience,” says Chief Creative Officer and former Ad Air Vice President Angela Costello. Her company, Angela Costello Group, took over Ad Air’s entertainment division in 2019. “We’re expanding the possibilities for what [this technology] can be,” she says.

She says the company’s work with the band—not to mention entertainment titan, MGM—will set the bar for future video concert experiences and spur a new industry. 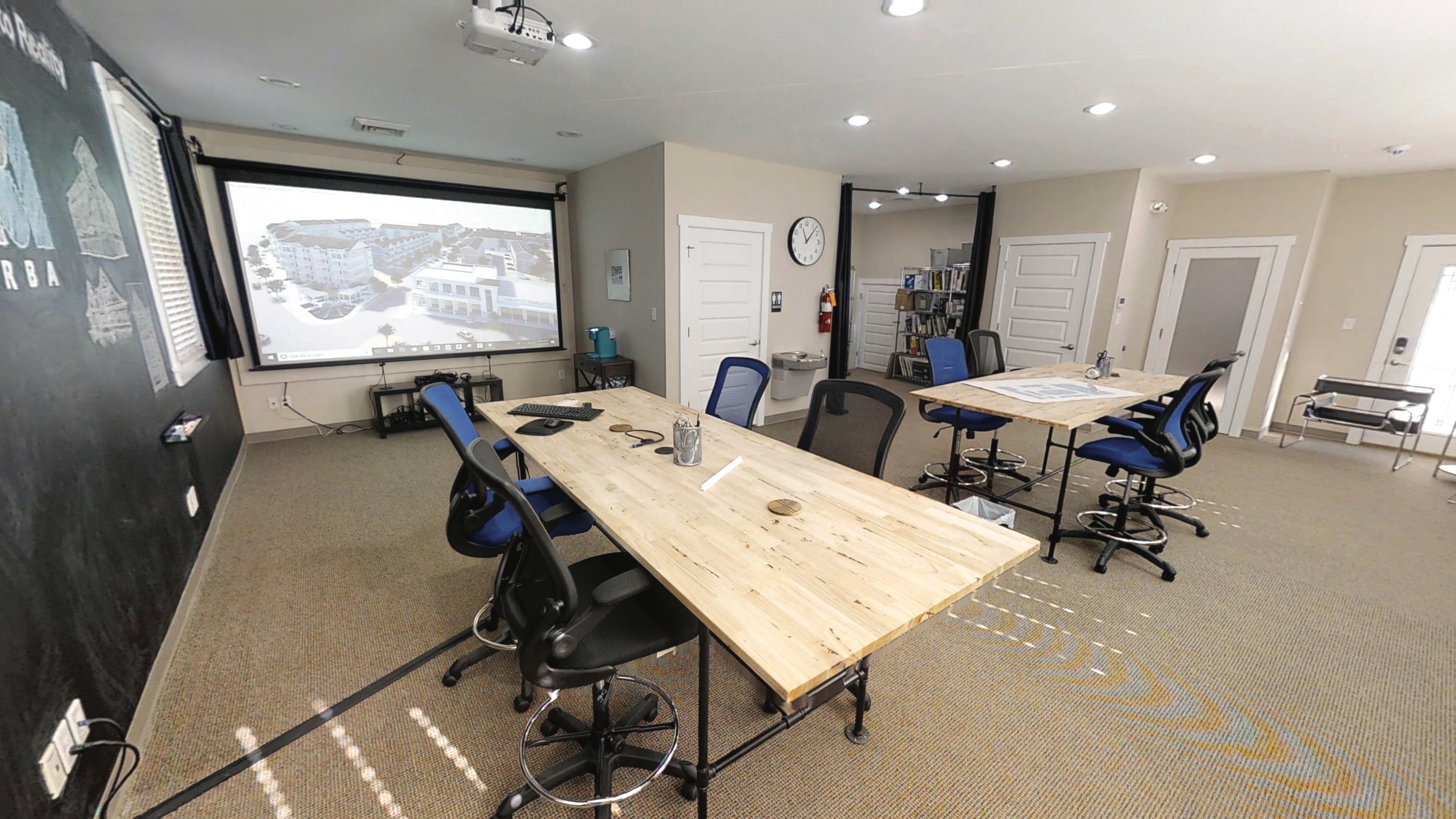 President and Master Architect Tom Retnauer first used virtual reality technology while working on a design project for the Pentagon in 2016. Awed by the possibilities, he invested about $20,000 in a state-of-the-art rig.

“I saw, at that point, how powerful this could be for a company like ours,” Retnauer told the Daily Press in 2018. “Back then, most people hadn’t seen anything like this at all. I thought, ‘Let’s see what we can do with it.’”

Less than three years later, the firm has invested additional funds to create what Retnauer calls “one of the most bleeding edge VR labs in the industry.” And he can’t imagine doing business any other way.

Dealing almost exclusively in new construction projects or renovations, the issue was particularly troublesome. Artist sketches weren’t interactive. Scale-models took forever to build and were tough to modify. A digitally rendered environment was an ideal solution. 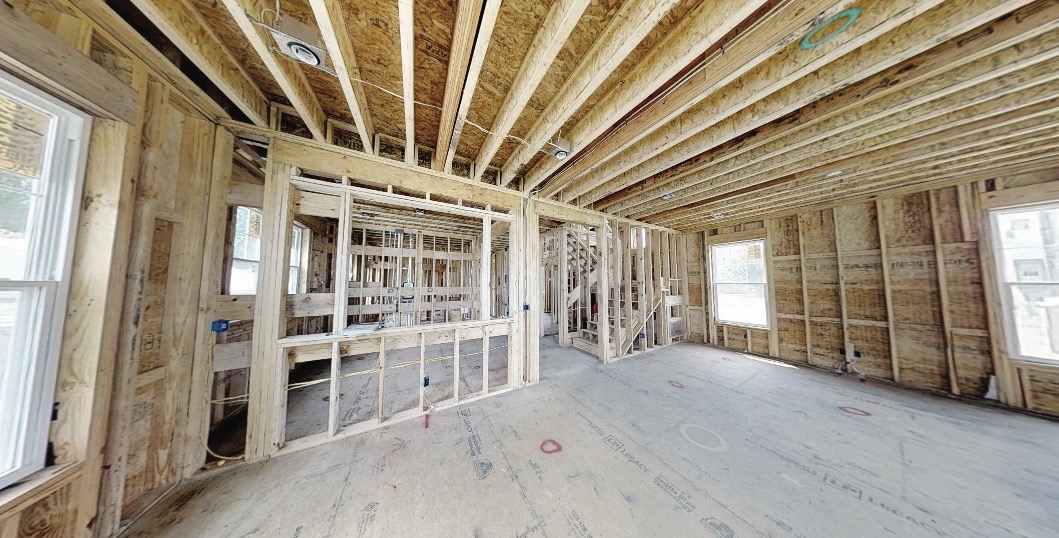 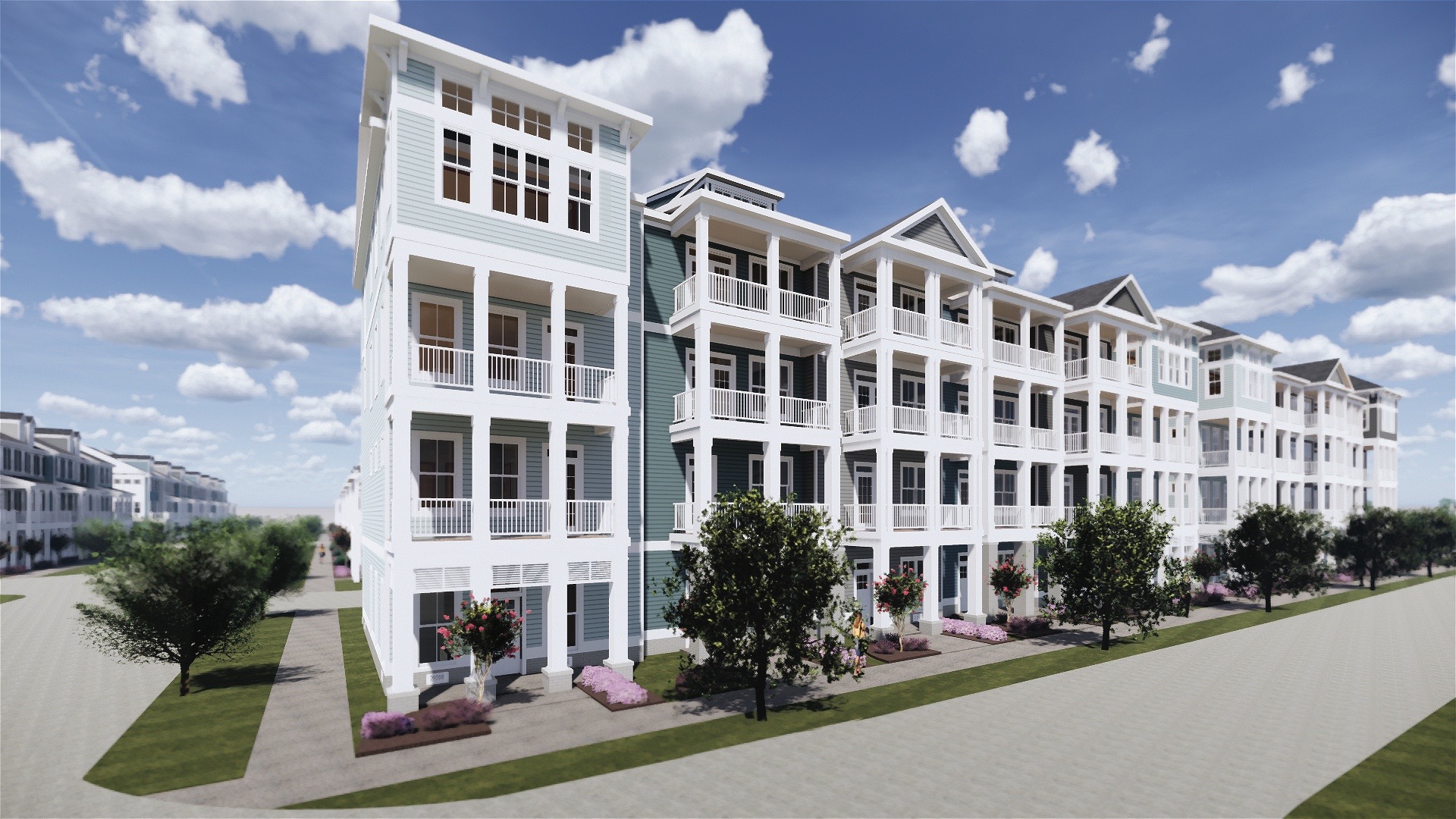 Visiting Retnauer’s office, clients enter a full-blown VR lab equipped with high-end goggles, motion sensors and, for more sensitive viewers, a screen and joystick. Powerful software enables them to do things like walk up a grand staircase and witness how different chandelier options affect the look of a great room. They might switch out hardwood flooring, raise ceilings or try different combos of kitchen islands, appliances and countertops. Simulations can even show how natural lighting will look throughout the day.

Notably, Retnauer used the techniques while working on Virginia Beach’s Cavalier Hotel. He says giving clients the option to visualize and experience projects in this manner has streamlined design time. Efficiency has increased substantially. And customers are happier.

“At this point, it’s returned its investment at least 20 times over,” says Retnauer. Accordingly, the company plans to invest in upgrades as they become available and continue to add to its virtual capabilities. 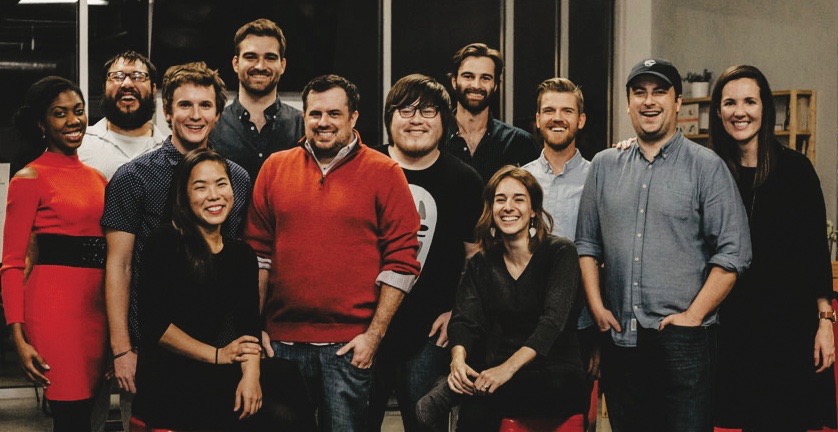 Originally founded in Austin, Texas, this business has since expanded to dozens of locations throughout the U.S. and beyond. Virginia Beach is one of its most recent additions. As the company’s name implies, it provides cutting-edge, entertainment-related VR equipment rentals for trade shows, festivals, community functions, PR tours, fundraisers and other corporate events. 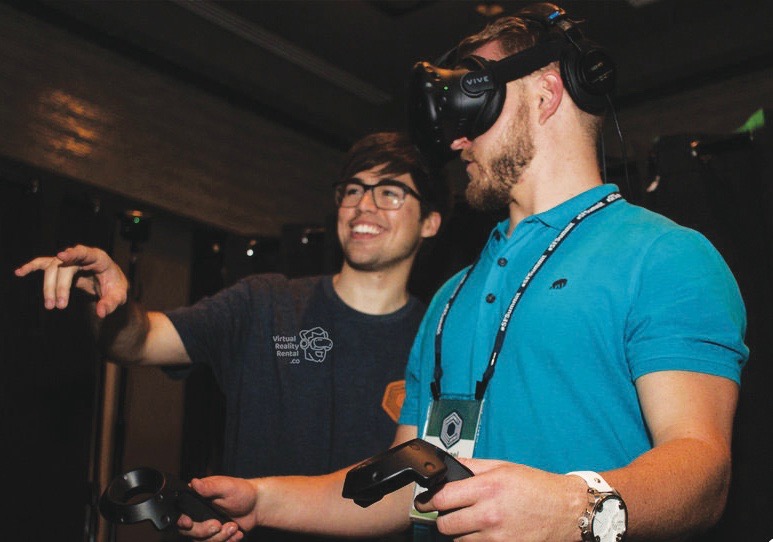 Rentals include pre-event strategy sessions, expert staffing, setup, implementation and breakdown. VRRC has a heavy-hitting list of past clients like GE, Twitter, CISCO, Altria, Capital One and more.

Whether it’s a virtual racing rig, first-person zombie shooter, immersive presentation or a team-building quest through a fantasy world, VR entertainment could make your next corporate function the most memorable yet.