Even though she excelled at golf as a student athlete at Hickory High School in Chesapeake, Lauren Coughlin never dreamed she would one day be playing as a professional. In fact, she almost gave up on the sport entirely.

“My dad started taking me to the driving range with him when I was about 6 or 7,” she says. “He says he used it as an excuse so he could go to the course, but then he realized I was a natural at it.”

She didn’t get serious about golf until her sophomore year in high school, but she was the first female to play on the boys’ team all four years. She was named to the Virginia High School League all-state boys’ and girls’ teams in 2010 after winning all-state girls honors in 2008 and 2009.

She went on to play at the University of Virginia, redshirting her first year, meaning she didn’t play but still had four years of eligibility left. By her fifth year, she earned her master’s degree and was playing the best golf of her life.

“I never really thought about turning professional until my last year of college,” Coughlin says. “I won the ACC [Atlantic Coast Conference] title, was named ACC Player of the Year and was an All-American that year. I didn’t think it was worth it to try to make it to the LPGA [Ladies Professional Golf Association] until I had the year that I had. It’s a big commitment financially, but I turned professional almost immediately after college.”

She struggled her first year on the Symetra Tour—the women’s equivalent of the men’s Web.com Tour—and almost packed it in. Then her former coach from UVA convinced her to go to qualifying school one more time and even vowed to caddie for her if she made it to the finals.

That’s when things got back on track for Coughlin. In December 2017, she earned a full LPGA card for the 2018 season. Then in January, she got married. “My proudest moment was earning my LPGA Tour card in December,” she says. “I almost quit golf, and to go from the lowest of lows back in September to earning my card in December was one of the best days of my life, especially since I played so poorly the first day of Q-School. Besides my wedding day, it was the happiest I’ve ever been.” 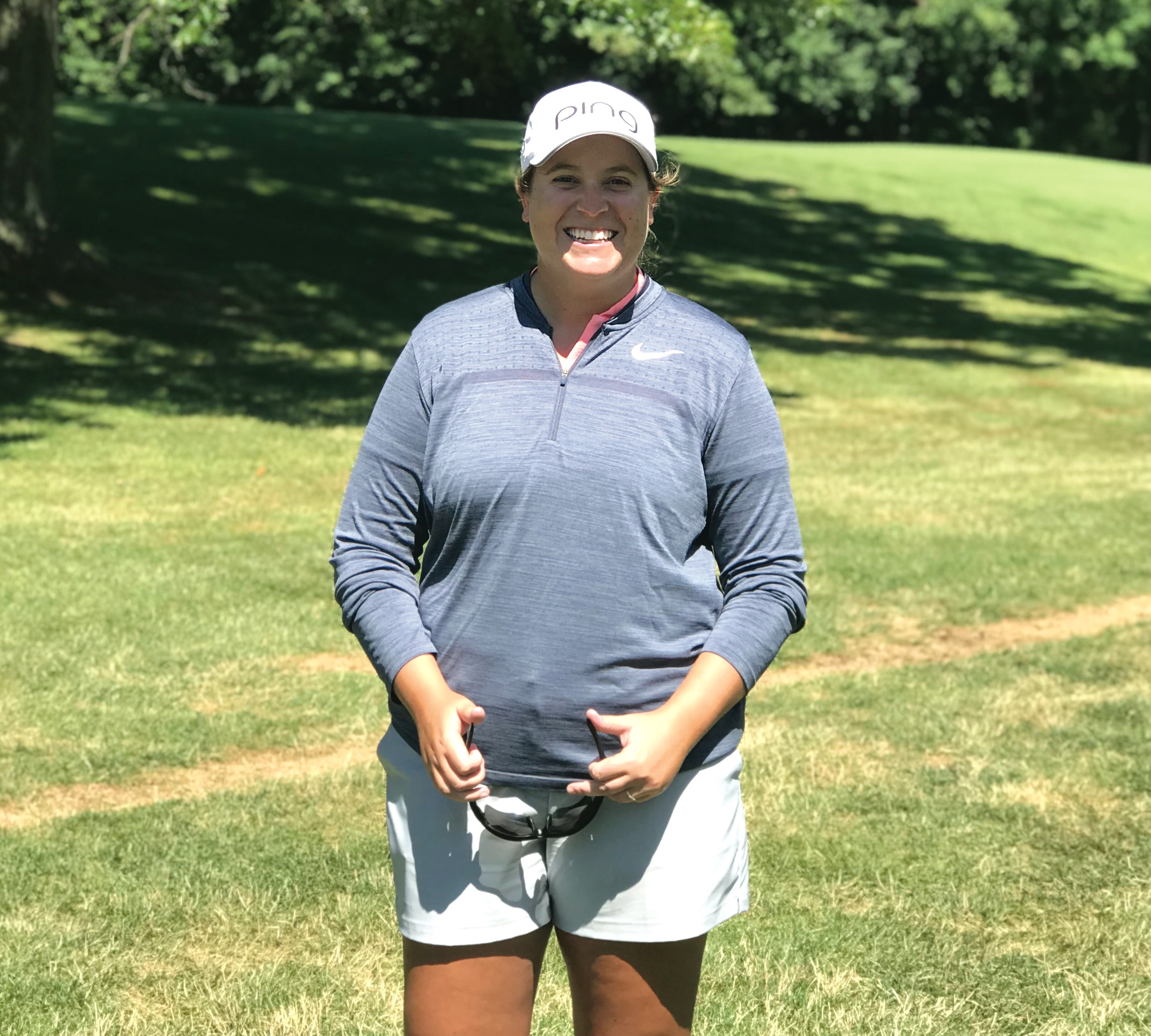 Before joining the LPGA, Coughlin had never been outside the United States. Suddenly she was playing tournaments in the Bahamas and Australia. “I don’t think it has really hit me that I’m a role model until just a short time ago,” she admits. “I’m signing autographs for little kids, and it’s just a dream come true. To think that I was one of those kids not too long ago is hard to wrap my head around. So, I just try to be the best person I can be and have the best attitude on and off the golf course.”

As the only Coastal Virginia native who played in the recent Kingsmill Championship back in May, Coughlin says it felt good to be home. “It was so cool to play as a professional at Kingsmill,” she said. “I remember coming to the tournament when I was in middle school and watching the likes of Annika Sörenstam, Lorena Ochoa, Paula Creamer, Natalie Gulbis and others. Now I’m playing alongside some of them, which is crazy for me to think about. Playing well at Kingsmill was a big bonus, but so was having my husband there as my caddie.”

Her toughest challenge thus far has been trying not to worry about money. “I’m self-funding my expenses now, which can be up to $3,000 per tournament,” Coughlin says. “So, if I don’t make a cut, I’m taking a huge loss. But I’ve been playing well recently, which will hopefully bring some sponsors my way so I don’t have to worry about being able to pay my caddie or my credit card bill.”