When Doretha Spells looked on as her oldest son received his doctorate from Hampton University at the institution’s annual commencement ceremony on Mother’s Day 2018, she was one of many proud moms in the audience. But then again, Spells’ job has given her a front row seat to young people achieving their academic dreams for the last 38 years.

The first woman in the university’s history to hold her current position, vice president for business affairs and treasurer, Spells never thought she would work in higher education, much less make it her career in a place she now affectionately refers to as “our home by the sea.”

“I started working here and, I don’t know, there’s just something in the water,” she explains. “You feel like you’re young, you know? You just feel like you don’t age.”

Spells had just earned her Master of Business Administration when her husband’s job precipitated a move to Coastal Virginia. At the encouragement of her sister, she applied for the position of comptroller at what was then Hampton Institute under the leadership of President William Harvey, who is still at the university.

“Dr. Harvey is true a visionary, and he always has believed there are no small dreams,” Spells says. “To be a part of it—every day it’s something new. We learn something new; we do something different. And I’ve had great mentors in my life. They prepared me. They sent me out and had me get training and exposure. And it became a way of life.”

She says she never has a chance to get bored, and that’s understandable given that she oversees not only the university’s financial and business affairs but a variety of physical and operational functions as well.

“I often say I am a person who knows a little about a lot. I deal with business affairs, the financial records, the books, the orders. I deal with facilities, with the maintenance of the buildings, the new construction, the renovation, the purchasing of property. The university police reports to me, so I have to make sure the campus is safe and secure.”

“At times I think women have to work a little harder at it,” she says, “or maybe be a little tougher to let them know this is going to happen. Pretty soon they realize. I am a no-nonsense person, and I believe in getting the job done by any means necessary.”

She has seen the university enrollment grow and the campus change over those years, but the historic institution remains dedicated to its mission to promote “learning, building of character and preparation of promising students.” 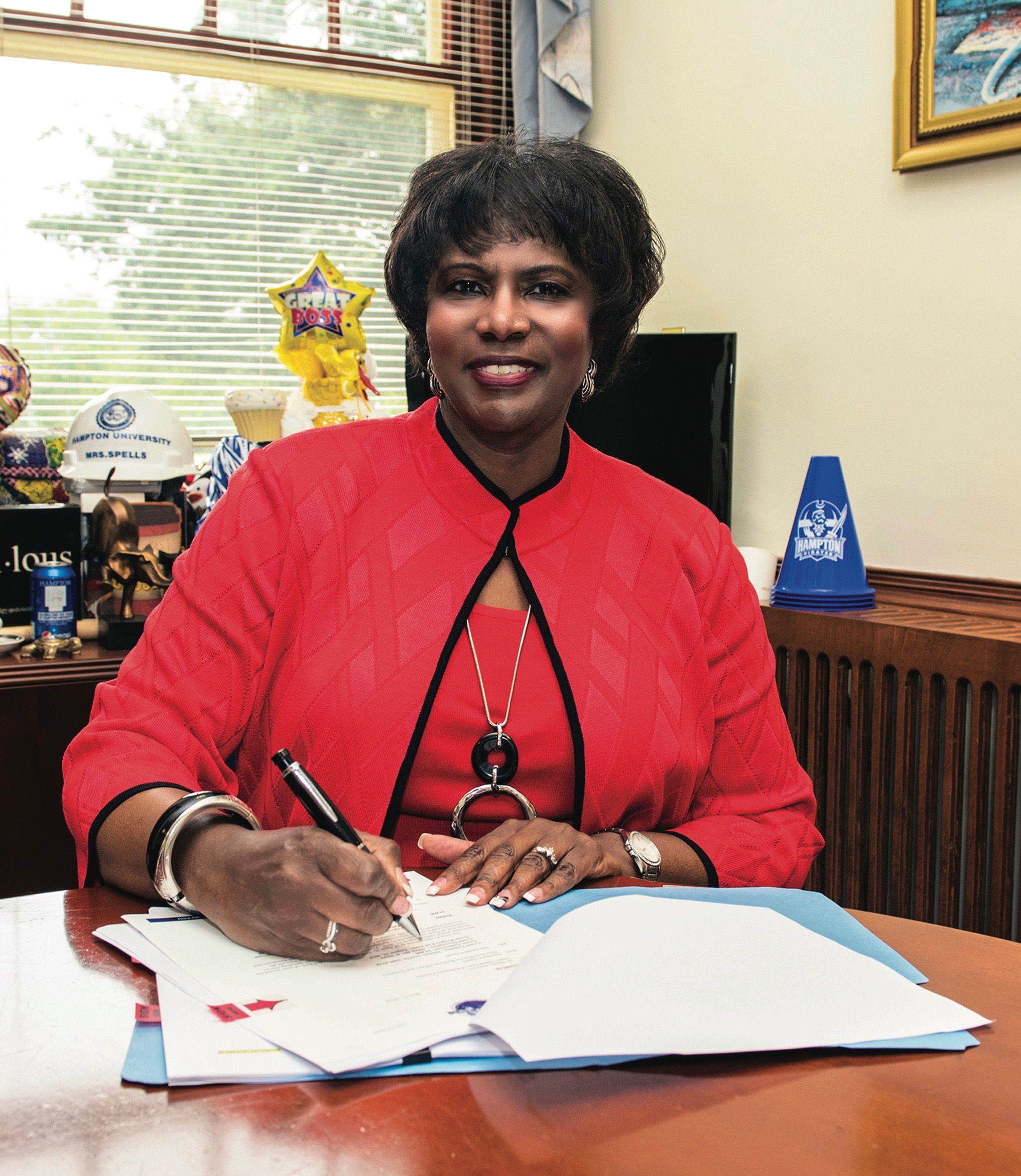 “I tell everybody that my goal is to help the students achieve their goals. You get to see the fruits of their labor. To see the children graduate—they are excited and their parents are excited. You see them arrive as freshmen, and you see them grow and develop. It’s just a great reward for me.”

Spells has a particular set of advice for the young women who don the cap and gown each spring and head out into their adult lives and professional careers. Having great work ethics and stepping out of one’s comfort zone top the list.

“I often tell them that if you can believe it, you can achieve it. I also tell them that no task is too big and no task is too small. If you’re comfortable with something, then maybe you need to be doing a little bit more. And I make sure that the young ladies understand: Don’t let being a female hold you back. That’s not a showstopper. You’re a leader that just happens to be a female.”