As executive director of The Virginia Gentlemen Foundation and one of only two female staff members, Amanda Insetta is a lady leading on a very important mission. Insetta joined the Foundation in April 2017 and has since overseen numerous projects including the planning of two annual JT Walks and the inauguration of the multi-million dollar YMCA facility, Camp Grom, in Virginia Beach.

Insetta relocated to Coastal Virginia from New Jersey nearly seven years ago to begin her career as the donor partnerships and marketing director at the VBSPCA. Despite the many reservations she had toward leaving her home state and transitioning out of retail, the beautiful beaches and inclusive, local community gained her admiration. “Everyone in this region is so philanthropic,” she says. “Here, the communities are so inclusive and everyone works together.”

Insetta’s passion for nonprofits and event planning was sparked by volunteering on the Young Professional Committee for Integrity House, a nonprofit based in New Jersey dedicated to helping individuals and families struggling with substance abuse. Accepting a full-time position with the VBSPCA seemed like the perfect segue into a career in not-for-profit work.

During her five-and-a-half years with the VBSPCA, Insetta wore many hats. She, along with her team, were responsible for organizing and executing signature events, managing websites and public relations, as well as planning third-party activities throughout the community. Insetta believes that the array of responsibilities given to her at the VBSPCA combined with her experience at Integrity House adequately prepared her for the large-scale projects she would lead at The Virginia Gentleman Foundation.

Shortly after accepting the role of executive director, some turnover required Insetta to manage the Foundation alone. For two months, she independently initiated fundraisers, collected and distributed assets, cultivated donor relationships and coordinated with the 19-member board of directors to advance the Foundation’s goal. In addition to a security guard, she then recruited Missy Griffin, a former colleague from the VBSPCA, as development and event manager, thus completing the Foundation’s current three-person staff.

Insetta notes that being a part of the Foundation is not solely about being male but rather acting as a person who is honorable and gives back. “Yes, it is a group of men who banded together to create the Foundation, but it’s really about their passion to improve the lives of those in our community,” she says. 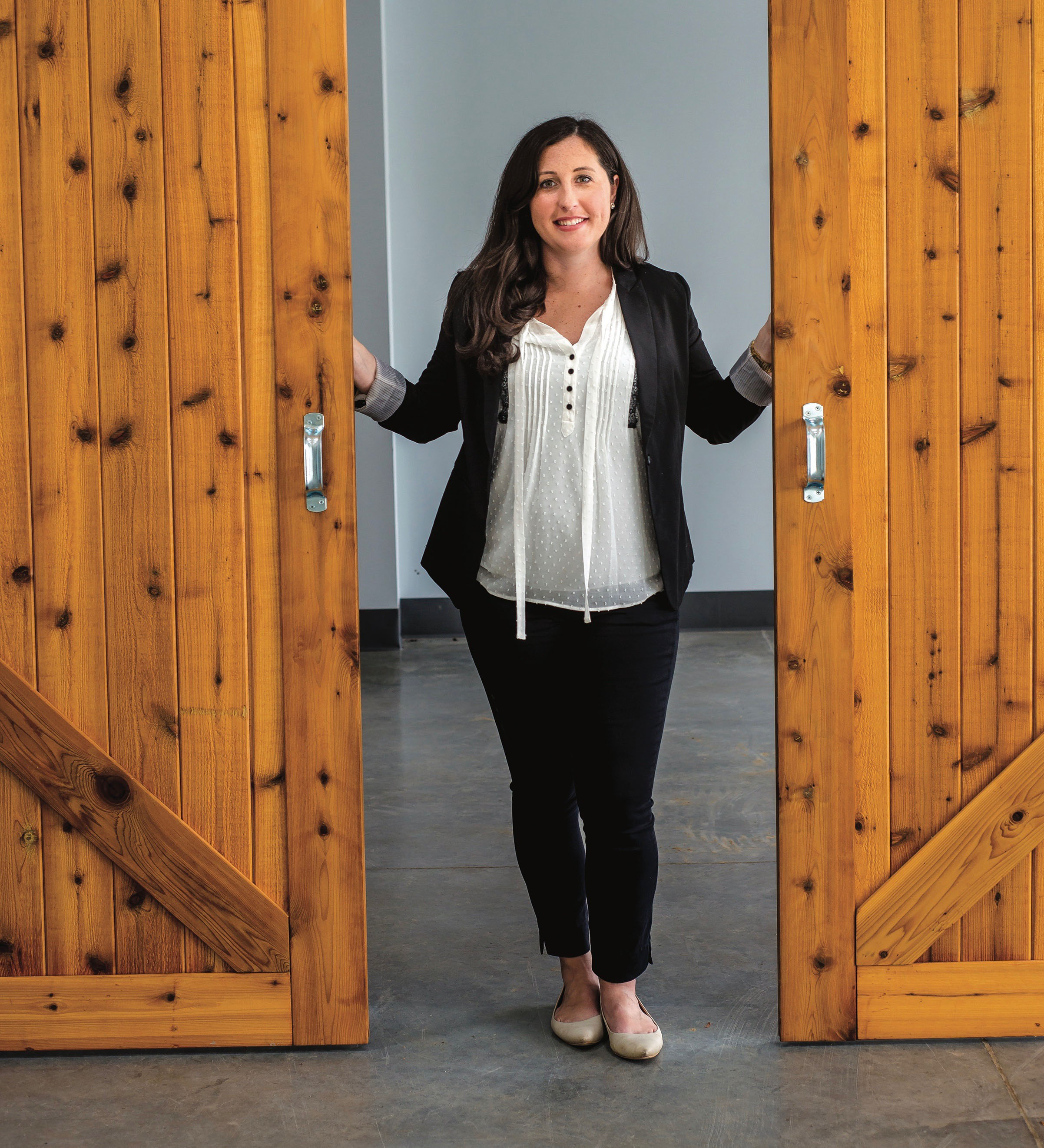 The Foundation’s mission is what initially attracted Insetta to the executive director position, as it embodies the caring beach community she has grown to love. The organization was founded in 2007 by a group of charitable, childhood friends. Later that year, however, founding member Chris Thompson learned that his brother, Josh, was diagnosed with ALS. The objective of the Foundation expanded to not only benefit the local community but to fight against the neurological disease.

The Virginia Gentlemen Foundation’s largest ALS fundraiser is the annual JT Walk—an event Insetta describes as equally incredible and challenging. “The JT Walk is a large, hands-on event that takes a great deal of effort. But it’s extremely rewarding when you stand backstage and look out to see 3,000 people on the beach, supporting your cause and having fun.”

The latest initiative, Camp Grom, was a five-year-long fundraising venture Insetta took over mid-project. She worked tirelessly to oversee the final stretch of construction of the 70-acre property, provide tours to donors, maintain a partnership with the YMCA and implement a grand opening party. Camp Grom can now be enjoyed by wounded veterans, families of the fallen and adults and children with disabilities or special needs.

Ready for her next task, Insetta states, “Looking to the future, working a project from the ground up will be an amazing opportunity.”