Trending Now
Protecting Patient Data
Market Report: Health Care
How to Find Pandemic Relief with the Help...
Millennial Personal Appearance and the Law
Hacking is Becoming Less Human, More Robotic
Impacting the Workplace Loneliness Epidemic
Ransomware: What It Is, How to Avoid It...
Using Technology to Increase Employment Opportunities for Veterans
How Technology Has Caused a Shift in Marketing...
Out-of-Network Follies with Health Insurance
Business Profile

JES is One of the Fastest Expanding Companies in the Nation 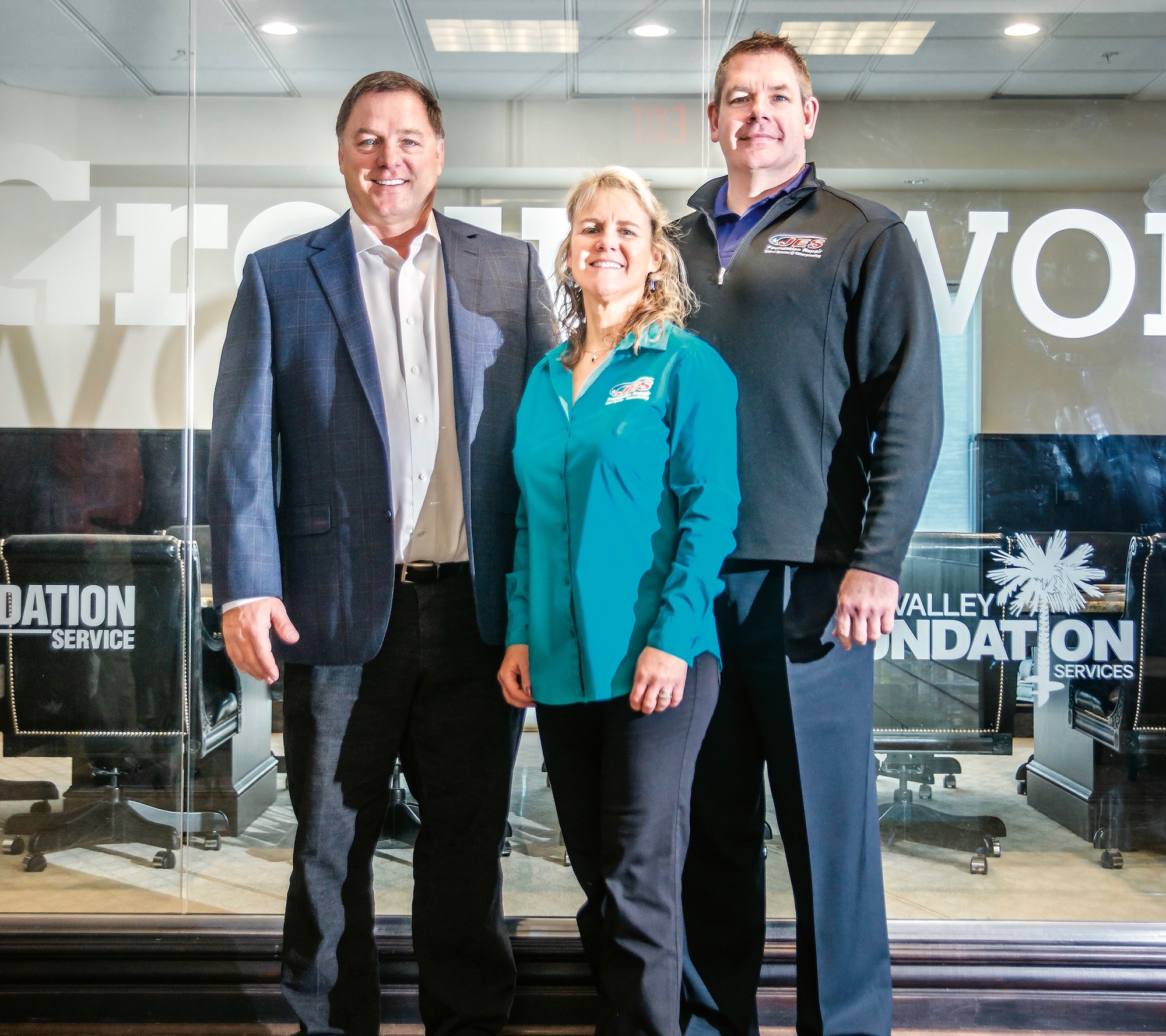 Reaching a milestone this year with 25 years of business, Jesse and Stella Waltz modestly established JES Foundation Repair out of the garage of their home, with a courageous determination to build their company into an innovator of its industry.

Virginia Beach-based JES Foundation Repair is overseen by professional engineers as one of the four brands under the entity of Groundworks Companies and specializes in foundation repair, crawl space encapsulation, basement waterproofing and concrete lifting for over 70,000 residential and commercial properties in Virginia, Maryland, North Carolina and Washington, D.C. The four brands of Groundworks Companies—Indiana Foundation Service, JES Foundation Repair, Mount Valley Foundation Services and Tar Heel Basement Systems—each range in revenue between $8 and $100 million, while JES has been recognized as an Inc. 5000 honoree on its list of the fastest growing companies in the nation. An integral part to their resounding achievements has been the leadership of Groundworks CEO Matt Malone, who acquired JES in 2016 through an acquisition with his private equity firm, Succession Capital Partners.

JES founder Jesse Waltz first met Malone at a dinner fundraiser for a friend, as they were both interested in potentially investing in a software company. “We talked about the JES story, his vision, what he and Stella had built, and I literally went home that night and did some research; frankly I didn’t sleep,” Malone recounts. “I was up all night trying to understand the industry and things like that. The next day I reached out in the morning to contact him to see if he wanted to be my partner.”

Malone describes that the essence of the company, which is protecting and prolonging the life of consumers’ greatest investment, their home, appealed to him when acquiring JES with Succession Capital Partners. While the brand’s involvement in the community attracted him, there was also an underlying macro-interest with the business, as he saw an industry that was fragmented, full of contractors with less reputable companies that weren’t customer-centric, or what Malone refers to as “three guys in a truck.” He sought to consolidate the industry under their platform JES, by creating a strong regional brand while maintaining a mission of expanding to the level of a national foundation services company.

Malone’s own track record of business success would serve as an indicator of JES’ growth. Before founding Succession Capital Partners in 2009, he had been involved in private equity for over 20 years, including work with the prominent Bush and Hunt families as managing director with Hunt Investment Corporation and as a principal at Winston Partners, respectively. His accomplishments were hard earned, as he describes growing up poor in Ocean View. Despite being disadvantaged, he was able to study economics at Hampden-Sydney College before earning a chance to continue his graduate education abroad with the Rotary Ambassadorial Program at the University of Glasgow in Scotland and its Adam Smith School of Finance, a distinction bestowed only to select individuals.

He found during his time in Glasgow that the city had several similarities to his home in Norfolk, namely that it was a shipbuilding town with a blue-collar culture and work ethic. For Malone, the educational experience was an enlightenment. “I’ve learned that every day is different; I’ve learned that success comes from a willingness to put forth every day, even when you’re out of the country in a new program, to continue focusing on improving and being open to different processes or ways you look at the world,” he conveys. “Once you immerse yourself in other cultures outside of the United States, it broadens your senses. Having a different respect for other cultures and being open minded to look at things potentially differently, especially in business, and being open to new ideas, being open to new ways to do things, allows you to evolve as a leader.”

Returning home and beginning Succession Capital Partners with a passion for building businesses, the firm concentrates on the micro cap market, looking to acquire companies that are sub- $50 or $100 million in enterprise value, family-owned and what Malone refers to as solid, blue collar trade-oriented businesses. Early on, Malone had indentified an inherent dilemma that family-owned companies were unable to monetize their work and carry it on to a second and third generation. Succession provides an opportunity for working families to retire without closing their doors and continues their legacy.

In the two years since Malone joined JES, the company has grown 39 percent on the sales line and earnings have increased over 50 percent, all while funneling its growth into improving internally and expanding into other markets. They’ve developed a profit sharing program with its 485 employees and a university for training and developing its workforce, an initiative that the company will invest over $1 million into during 2018. “We’ve grown in the kind of traditional financial metrics, but I think we’ve also grown in our ability to develop our team here, our employee base, and I’m real proud of that.” 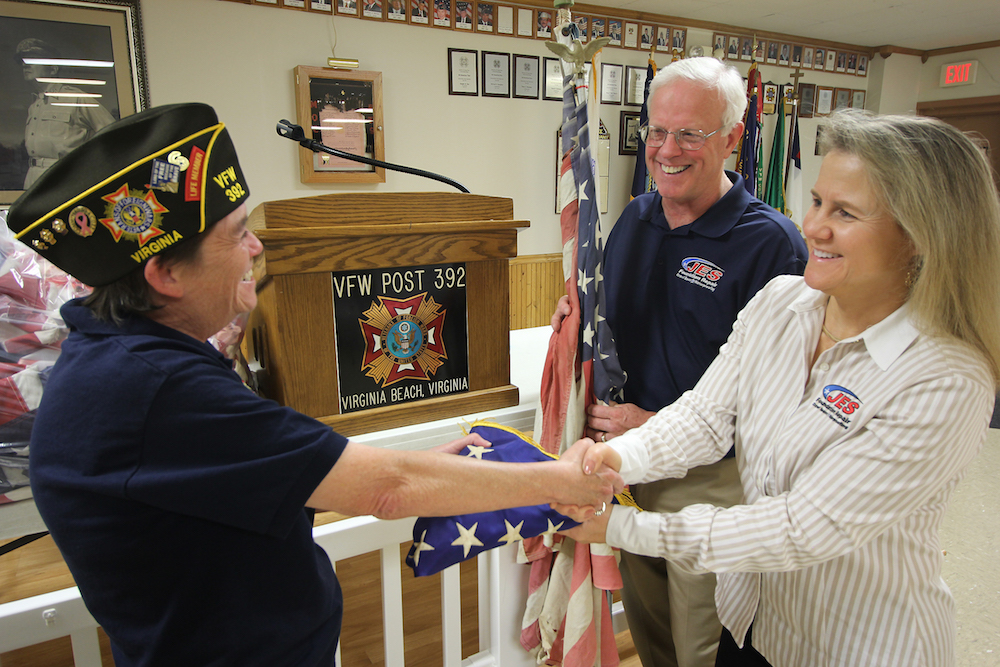 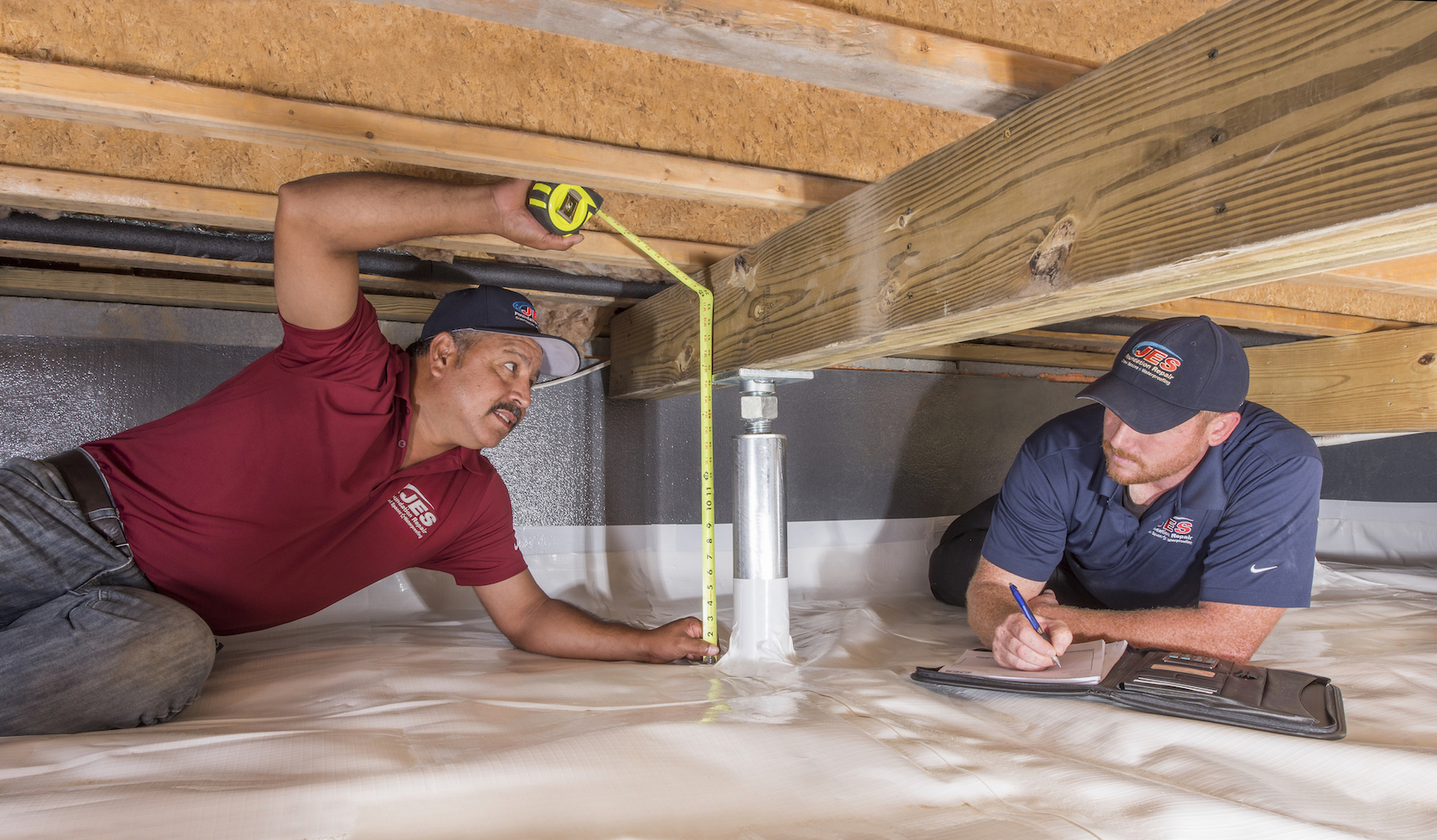 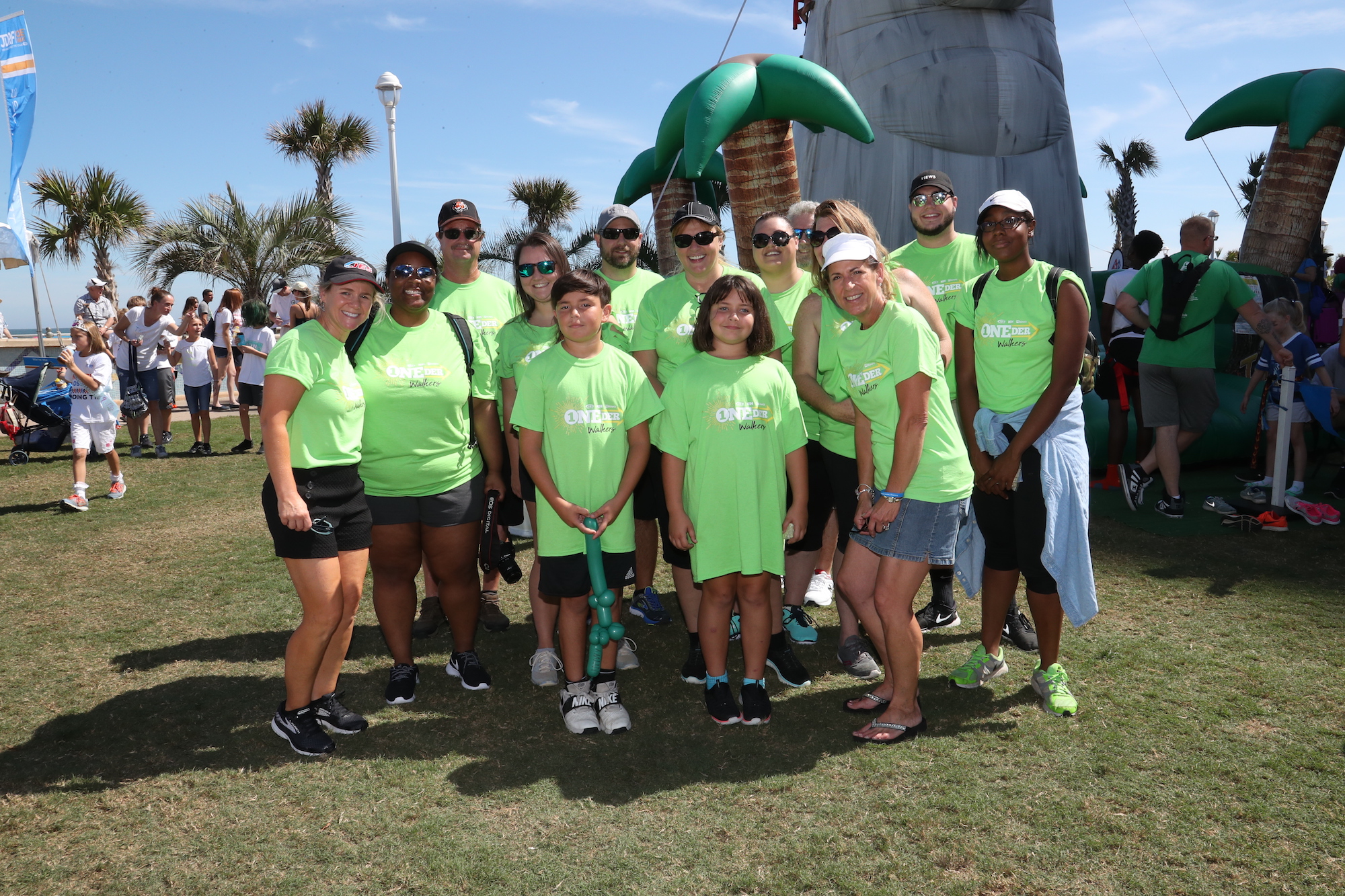 JES “ONEder Walkers” team at the JDRF One Walk for a Cure. 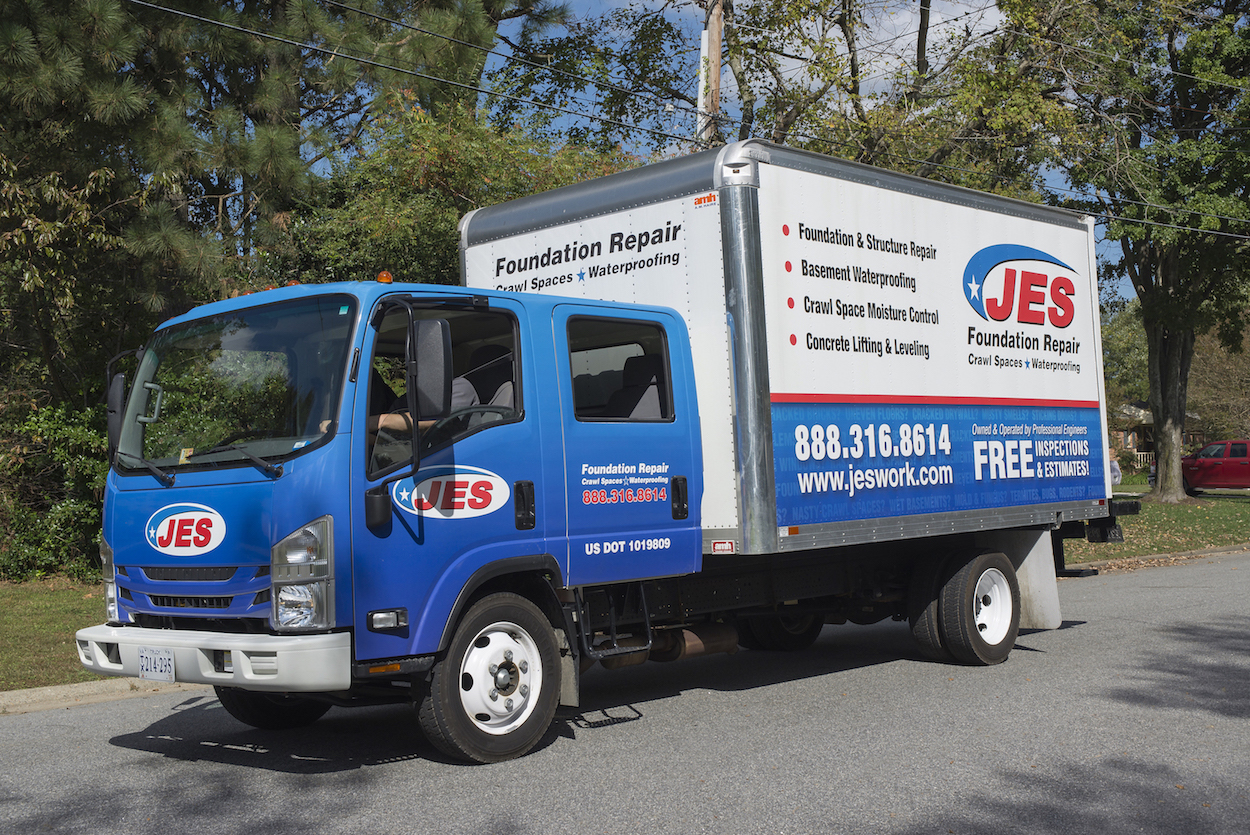 JES red, white and blue to the rescue. 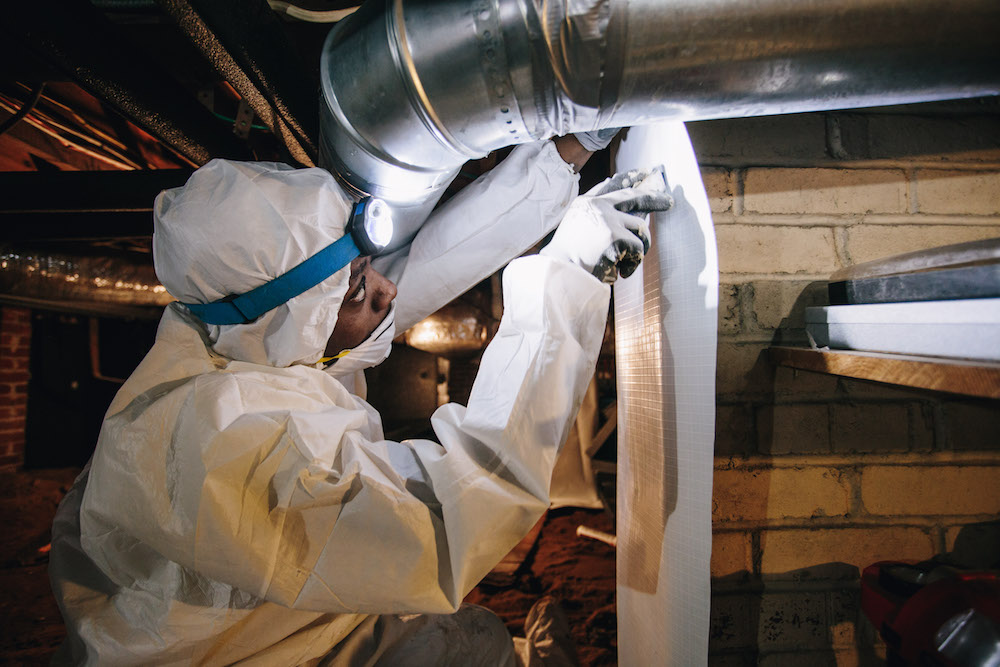 As JES is headquartered in Virginia Beach and dedicated to protecting and preserving the homes of its clients, philanthropic involvement throughout Coastal Virginia is essential to the company. Jesse and Stella Waltz have forged a culture centered on giving back that is paramount to their mission, including donations to the Juvenile Diabetes Foundation, Habitat for Humanity and a charitable project worth $100,000 in work where JES rebuilt and secured the foundation of a veterans’ home.

Malone hopes for JES to pave the way to establish the first nationwide foundation services company through the continued strategy of acquisition. “We have pretty aggressive plans for growth and expansion,” he indicates. This fiscal year, the company will open an office in Greenville, S.C. in Q2, an office in Raleigh, N.C. in Q3 and plans to move into the southern Maryland market by the end of Q4. “That’s a major tenet of our mission, to grow and give consumers the quality and service that they need from contractors to service and protect their home,” Malone expresses, as they become pivotal to the infrastructure of a national industry while building the next generation of the JES legacy.