Posted by CoVaBizMag on Sep 3, 2019 in Featured

How Coastal Virginia Could Benefit from Amazon’s HQ2

The World’s Most Valuable Public Company is Coming to Virginia. Here’s What it Could Mean for Coastal Virginia.

News of Amazon’s decision to open half its second headquarters in Northern Virginia exploded across American news outlets earlier this year and has been feeding a media frenzy ever since. The move has the statewide business community buzzing. Speculation about what the development may mean—and how to capitalize on it—abounds. Coastal Virginia is no different.

“Amazon’s selection of [Arlington] for half of its second headquarters … has been hailed as a victory for Northern Virginia,” wrote Old Dominion University Vice Provost Brian K. Payne in an op-ed published in The Virginian-Pilot in late 2018. “But limiting the celebration to [NOVA] would be like giving a Super Bowl ring only to the victorious quarterback and ignoring the contributions of the rest of the team.”

He goes on to say proximity is key for Coastal Virginia. For your average local resident, NOVA seems pretty far away. But in terms of doing business, “we’re essentially neighbors,” explains Hampton Roads Innovation Collaborative CEO Dan Bell. “In my opinion, that alone is going to bring serious short- and long-term benefits to our area.”

And Bell should know. He spent his career working with some of the nation’s biggest tech companies. Honing his chops with Apple in the Silicon Valley of the 1980s, he subsequently took executive-level positions with Chicago heavyweights—including USRobotics and 3Com. Accepting a senior vice president position with Canon Information Technologies brought him to Chesapeake in 2002. When Bell retired in 2012, he focused on transforming the (basically) defunct Hampton Roads Technology Council into a nonprofit, Hampton Roads Innovation Collaborative. Since its launch in 2016 Bell has made it his mission to facilitate connections among the region’s brightest tech entrepreneurs and companies and get them on the radar of global corporate players. 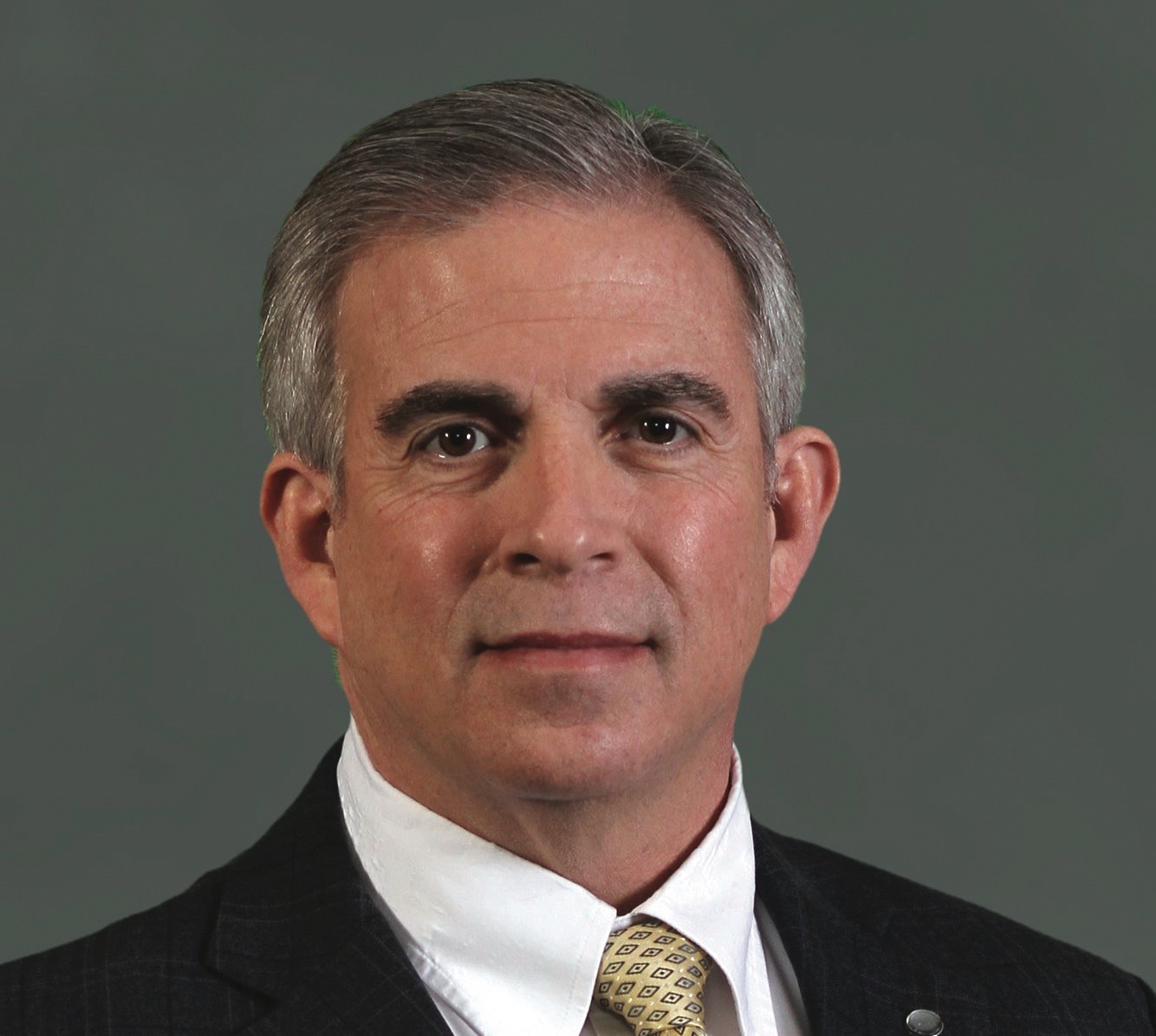 “When a state attracts a company as big as Amazon, it’s going to bring an economic ripple effect,” he says. “We’ve been holding a lot of discussions, and I can say [the local tech community is] very excited about it. We’re looking ahead and trying to think about ways to prime the pumps and turn this situation to our advantage.”

Bell and the Collaborative aren’t alone. The Virginia Beach Department of Economic Development hosted a meeting with area educators and business leaders this past March 28 to talk about Amazon-related opportunities. Norfolk Interim Economic Development Director Jared Chalk says his city is preparing as well.

“We see this is as a huge opportunity,” he says. “We’re looking hard at what we can do to get ahead of the bell curve and maximize takeaways for the city of Norfolk.”

Below, he and Bell offer a three-part analysis of readymade benefits and consider steps the region could take to bring more.

Both men say Amazon coming to Virginia is a massive shot in the arm for the state’s brand. Explicitly or otherwise, national and international headlines have and continue to present the Commonwealth as a place willing and able to make innovation happen. That kind of attention shifts perception.

“I don’t think too many Americans hear the word Virginia and think, ‘Ah, you mean the East Coast’s hotbed for technological innovation?’” says Bell with a laugh. For instance, when he told friends he planned to leave Chicago to live in Chesapeake, they likened the move to falling off the edge of a map. But when the most valuable publicly traded company in the world names a state its second home? That creates intrigue. Bell likens the move to breaking a seal: With Amazon’s endorsement, major companies and talented workers are more likely to follow. “People are hearing about this and saying, ‘Hmmm, something is going on here,’” he says. “Next thing you know, they’re Googling around and doing some research. Basically, you’re creating a very hot lead.”

Curiosity can lead entrepreneurs, companies and workers to discover other opportunities in the Commonwealth. It might be world-class medical research programs at the University of Virginia; that Virginia Beach is an amazing vacation destination and a hub for undersea internet cables that bring speeds about 16,000 times faster than an average cable-modem connection; that Coastal Virginia is home to the East Coast’s third-largest shipping port; that Hampton’s Langley Research Center is NASA’s oldest and longest-running field center; that the world’s largest military shipbuilder calls Newport News home; and so on.

“That increased visibility is like a baited hook,” says Bell. Alone it can bring talent, investors and new businesses. Supplemental action, though, could boost the effect exponentially. “If we take active and well-measured steps to steer those impressions and capitalize on them,” Bell continues, “I think we stand to make some fantastic gains.”

Every new business the state attracts builds clout and furthers momentum. A positive feedback loop begins to occur. Eventually, a tipping point could be affected: A new powerhouse region of technological innovation would be born.

To maximize impressions Bell recommends promoting the concept of a megaregion. He says branding the corridor from Washington, D.C. to Richmond and Richmond to Virginia Beach as a single geographic entity would create a tech ecosystem capable of gaining international attention and competing on the world stage. In time, the move would (arguably) enable the region to vie with metropolitan titans like Denver or San Francisco. Facilitating connections between cities, governments, universities, related nonprofits (like the Collaborative) and existing companies would make that easier—while also nurturing internal offshoots and support businesses, increasing talent retention and promoting the growth of grassroots startups.

“It’s all about fostering connections and enabling collaboration,” says Bell. Combined, Richmond and Coastal Virginia alone would have a population of about 2.9 million people, making it the 20th largest metro area in the U.S. Adding D.C. satellites like Alexandria and Arlington would further boost those numbers. Expediting investments in transportation infrastructure—like highspeed rail lines capable of reaching 150 mph connecting Virginia Beach to Richmond and D.C.—would bring true integration. “Joining forces and making serious investments would tell the world that, as a region, we’re working together to pave the way for innovative businesses. In the process, we’d be increasing interconnectivity and pooling our resources.”

Ideally, those connections would kickstart a tech boom. How would it work?

“A company like Amazon is going to attract a lot of very talented people,” says Bell. In fact, the headquarters will create an estimated 25,000 new jobs—with an average salary of about $150,000. “These are going to be some of the industry’s best and brightest; that kind of environment is a breeding ground for new ideas. In turn, those ideas have the potential to create countless startup businesses. If we can connect that group to colleagues and resources throughout [the megaregion], chances for collaboration increase dramatically. Suddenly, you have a hotbed for innovation.”

“First off, compared to NOVA, the cost of living and doing business here is going to be way less,” he says. 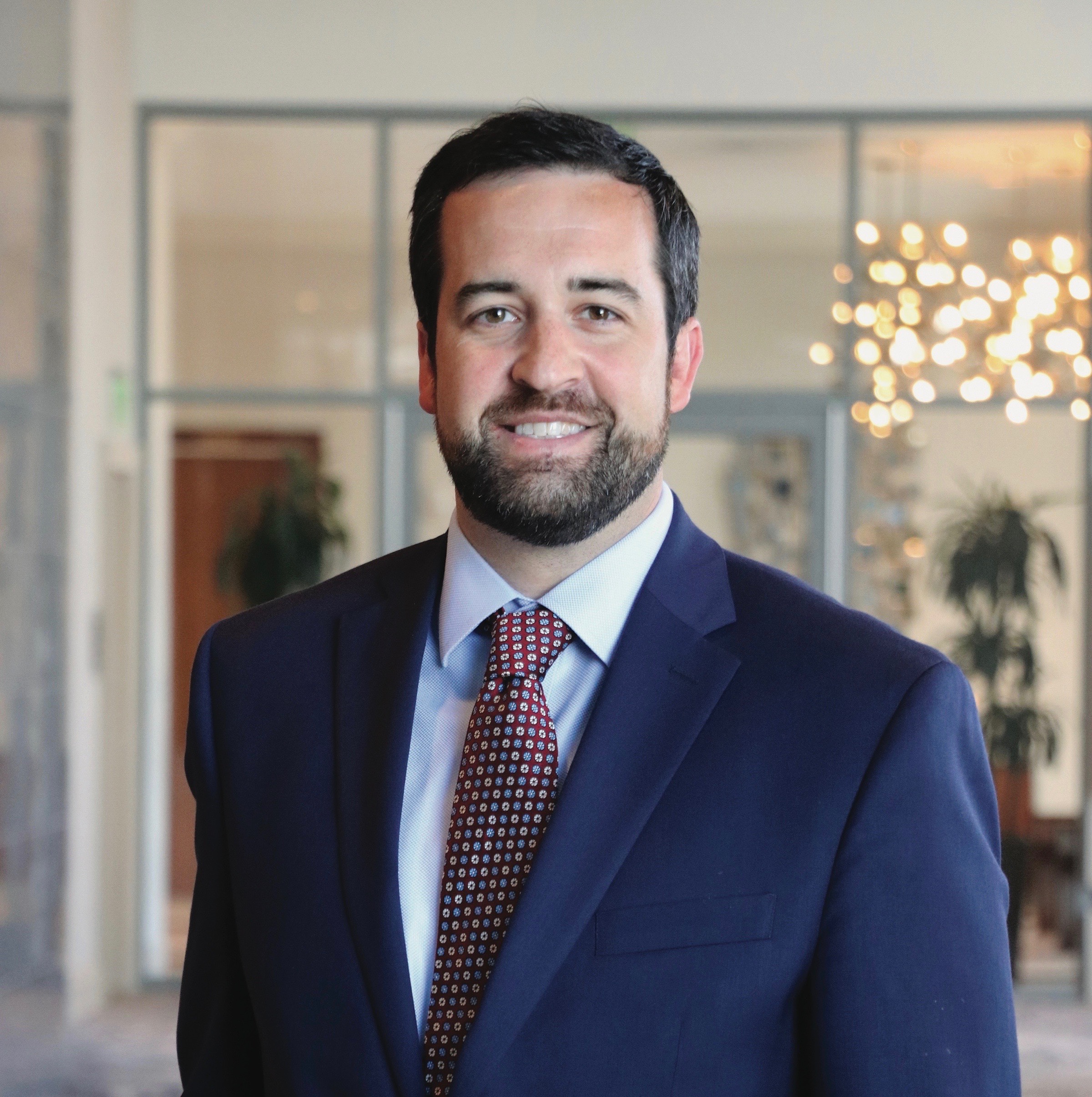 But that’s not all. A fiberoptic internet ring taps into the subsea cable network operated out of Virginia Beach. Old Dominion University and skilled workers exiting the military provide a talented workforce. The Port of Norfolk is nearby. There’s less traffic and the Atlantic Ocean is within easy driving distance. Interstates and a direct Amtrak route make occasional trips to Northern Virginia and D.C. feasible. The downtown area is walkable and, following city partnerships, home to two university Innovation Centers—one run by Norfolk State, the other Old Dominion. Both are tech incubators designed to support and connect budding entrepreneurs via what Chalk calls “professionally managed incubation and acceleration assistance for high-growth, scalable, pre-capital, emerging technology-driven business ideas.

“We think these factors are going to combine with our pro-business track record to make Norfolk an extremely attractive option,” says Chalk. He envisions the emergence of a flourishing tech-based entrepreneurial community in the near future, where city-backed programs help “startup and business culture collide.”

New Talent and Other Spillovers

State leaders have pledged to spend about $1.1 billion over the next 20 years to upgrade Virginia’s public colleges and universities to create a talent pipeline for Amazon. The investments will generate upward of 35,000 new bachelor’s and master’s degrees in computer science and related fields. While Virginia Tech stole headlines by announcing plans to build a $1 billion, 1-million-square-foot graduate-level Innovation Campus within walking distance of the new headquarters, Old Dominion University is making changes as well.

“While many of the future Amazon employees will be educated in the expanded offerings to be made available by George Mason University and Virginia Tech, other students will learn in Hampton Roads,” writes Payne, the ODU vice provost. “Recognizing the need for expanded educational offerings, [ODU] is implementing a plan to dramatically increase the number of computer science, cybersecurity and computer engineering and information technology graduates.” Much of that expansion will come in the form of added online offerings. New educators will be hired to meet demand.

Payne says Amazon’s new headquarters will fuel the need for additional cyber-security experts. Technicians and information technologists from across the Commonwealth will be needed to expand and sustain the company’s capital and technological infrastructure. Activity around the Port of Norfolk will likely see a substantial increase. 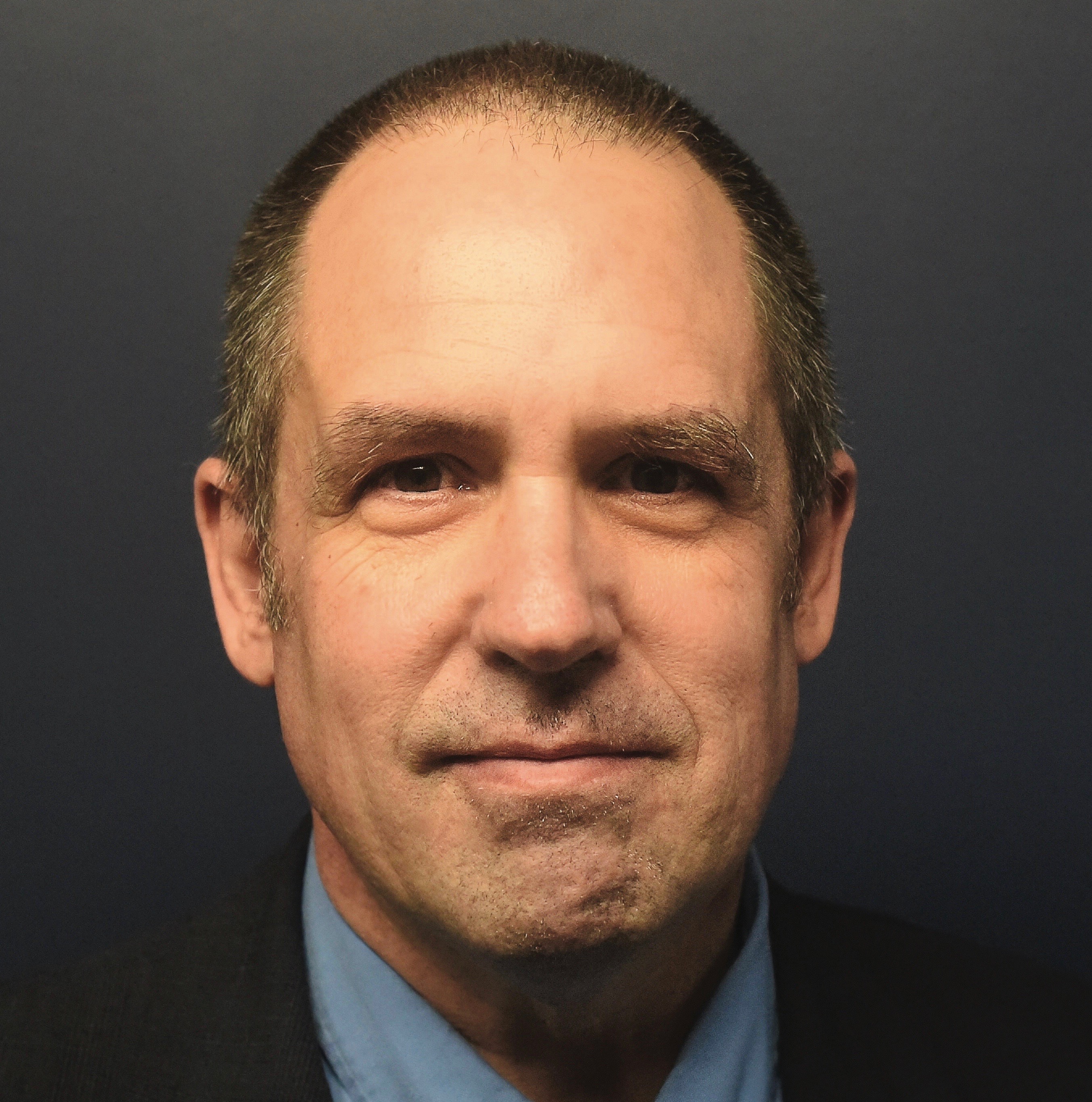 In all cases, the university is working to capitalize on the developments and bolster regional job opportunities for graduates. Payne cites ODU’s ongoing participation in the Hampton Roads Cybersecurity, Education, Workforce and Economic Development Alliance as exemplary. Founded in 2017, the group is a partnership between the National Institute of Standards and Technology, various area community colleges and high schools, 10 nonprofits and more than 20 businesses. Payne described its main goal as follows in a Virginian-Pilot guest column: “To create pathways that enhance collaboration among cybersecurity partners and allow students to seamlessly transition between educational institutions and employers.”

He envisions similar collaborations emerging with regard to shipping and logistics. “Supply-chain managers will be in even higher demand in Hampton Roads,” wrote Payne. The university’s Department of Information Technology & Decision Sciences will expand its Maritime and Supply Chain program according to demand.

Bell says the above is all welcome news for the region’s technology sector.

“People can be dismissive and say, ‘You’re going to train all these great young people just to watch them go and get jobs elsewhere,’” he says. “Well, sure, that’s going to happen with some of them. But quite a few will stay. And if we have a vibrant community of technology-related businesses ready and waiting to scoop them up, that’s going to help build the ecosystem and keep more of our talent close to home. Which is important, because, who knows what kind of groundbreaking ideas these guys and gals may come up with in the future?”

“So, a guy grows up in Norfolk, attends ODU and goes on to get this great, high-paying job at Amazon,” says Chalk, the economic development director. “He’s got friends and family living down here; he remembers going to school here—chances are he’s staying in touch. Ten years down the line, he comes up with this killer idea for a startup. Is it unfeasible to think he might reach out to close friends or a former graduate instructor for advice about launching his business? I don’t think so. I think if we lay the groundwork, that guy’s gonna come home and do his thing right here.”