Regionalism is certainly trending in Coastal Virginia. Underground fiber cables, innovation districts and multi-city partnerships are connecting our 17 localities like never before. Serving as the driving force behind these collaborative efforts are hundreds of local businesses represented by a collective of chambers of commerce. These chambers—six to be exact—have launched a united front of their own to better the region’s business climate in terms of infrastructure, economic development, legislation and beyond. 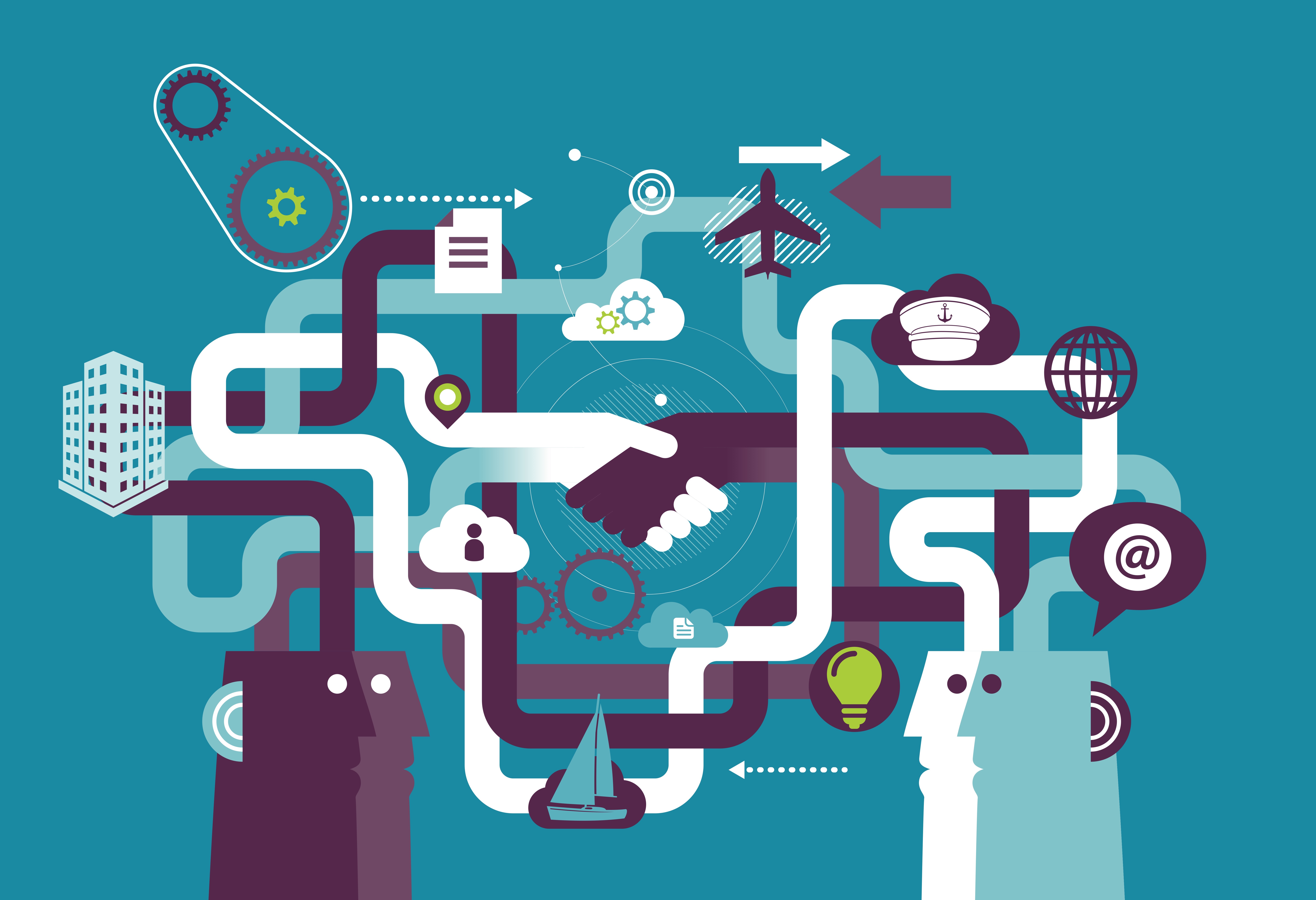 Prior to joining forces two years ago, each of the six chambers focused solely on the needs and goals of their respective members. Cities and towns throughout Coastal Virginia continued to develop their business communities without establishing a uniform plan for growth across the region. The lack of teamwork among local chambers forced organization leaders to examine their strategies from a bird’s eye view. What they discovered is what Bryan Stephens, president and CEO of the Hampton Roads Chamber, calls the power of collective impact. By advocating on behalf of a greater number of people, the impact on Coastal Virginia becomes increasingly larger. “All of these municipalities are important to our economy, but only coming together as a region can we really have economic growth and prosperity, which is what [the Alliance] is focused on,” says Stephens.

The Alliance was proposed as a vehicle through which all six chambers use to draft and argue for legislation that would benefit the region as a whole. One of the policies stipulated by the Alliance’s signed memorandum of understanding, the document which mandates organization operations, states that any and all decisions made by the Alliance must be unanimous. “We’re going to take positions on the federal and state level that impact the business community and our quality of life, but we can only take positions that everybody in the Alliance agrees to,” says Stephens. “If there are things that inhibit economic development and inhibit businesses from being a success and flourishing, we obviously want to find solutions to those issues and to support the things that enable good businesses.”

When achieving one voice falls short, the chambers simply advocate for their desired changes on a local level. The beauty of the Alliance is that it allows for a healthy balance of maintaining individual identities while also reinforcing regional integrity. “We recognize the importance of being a region while also understand that different localities in the region demand different approaches,” says Bob McKenna, president and CEO of the Virginia Peninsula Chamber of Commerce.

Voluntarily sharing information is also required per the memorandum. Stephens explains that when one chamber receives information that is relevant or holds significance to another, the receiving chamber is obligated to share that information so it can be used to serve Alliance members. 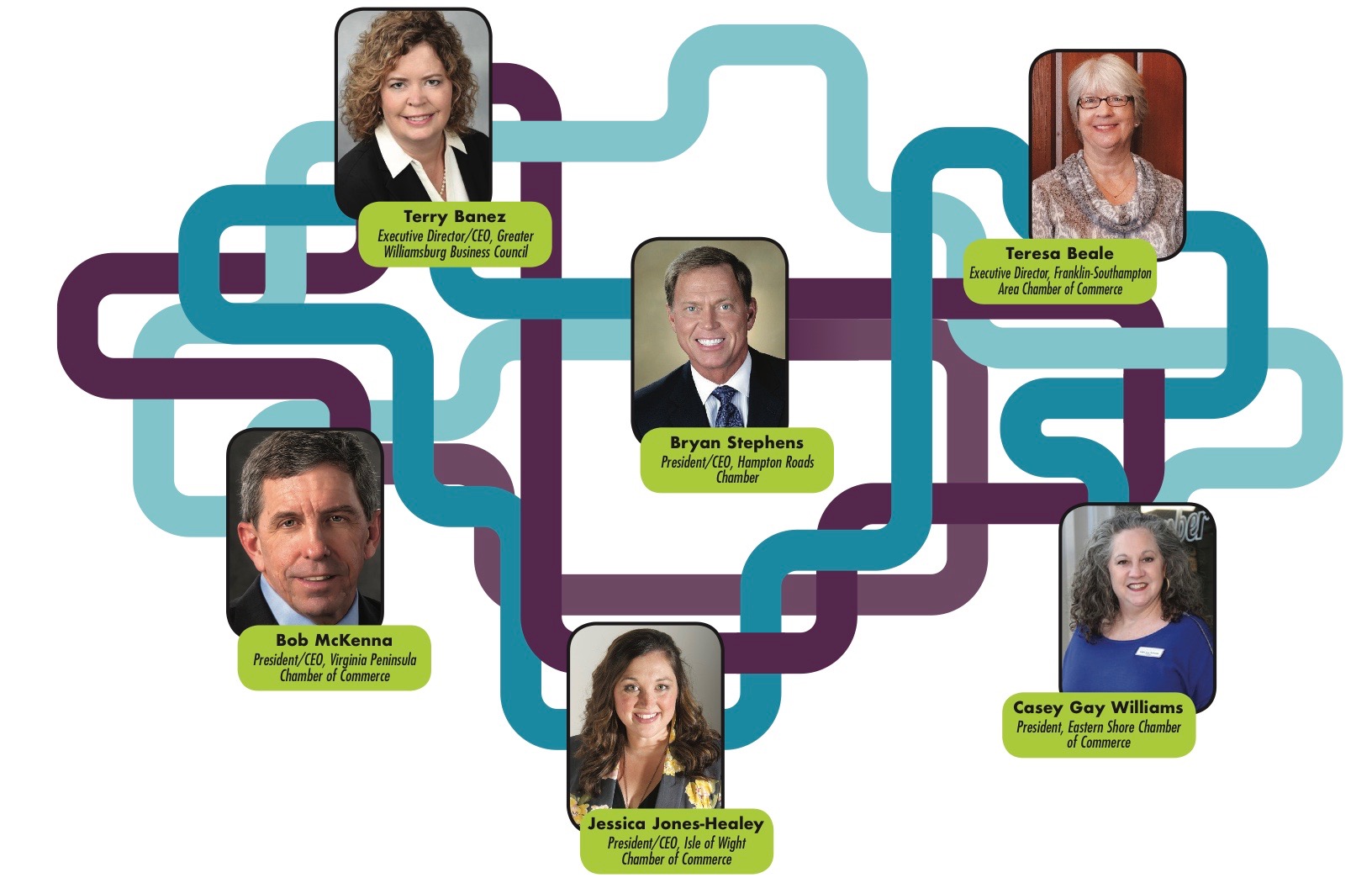 As the Alliance prepares for future projects, members reflect on their triumphs of last year’s historical legislative agenda. In 2018, all six chambers, their boards of directors and trustees came to an agreement on 10 positions pertaining to transportation funding, workforce development, infrastructure development and funding for port improvement. The Alliance presented their case at the General Assembly in Richmond, touching on everything from military support and GO Virginia to Airbnb and the expansion of the Hampton Roads Bridge-Tunnel. “We’re very happy with the success and continued funding of GO Virginia. We think it’s starting to pay dividends, [especially] if you look at the investments throughout Hampton Roads and the jobs it’s creating,” maintains Stephens. “We want to see GO Virginia continue funding for the additional infrastructure and the deepening and widening of the port.”

Also on the Alliance agenda is the addition of a Mega-Site in Hampton Roads. The project was fast to gain state interest and could be used to market the region for advanced manufacturing, infrastructure and the like. Putting our region on the map in a similar fashion is our military. The Alliance is making strides in the business world by creating quality, good paying jobs for men and women transitioning out of the service.

For the 2020 General Assembly, the Alliance hopes to emphasize finding solutions to recurrent flooding in areas like Downtown Norfolk. They also want to recreate Coastal Virginia’s approach to tourism. Instead of promoting Virginia Beach, Norfolk, Williamsburg and the rest of the municipalities as separate destinations, the Alliance sees prosperity in a multi-city experience. The Alliance envisions families coming to the coast and splitting their time between the beach and Colonial Williamsburg, making pit stops at popular spots like Nauticus and The Mariners’ Museum along the way. “We believe that if we come together as a region, we can promote all that [we are] as a package deal,” Stephens suggests.

When Alliance members find time away from their annual meeting and respective chamber duties, they come together for a yearly Inter-Regional Visit. The visits, explains McKenna, are designed to introduce local leaders to executives in other cities that boast thriving economies and communities that overcame business challenges similar to those in Coastal Virginia. There, the Alliance analyzes the ways in which their host city recreated themselves and alters those learned tactics to fit their vision for the region. McKenna, new to the Alliance as of March 2018, plans to attend his first Inter-Regional Visit this September to Raleigh-Durham’s Research Triangle. Alliance members ventured to Nashville for their inaugural visit in 2017, followed by Pittsburgh in 2018. “One of the things we learn on these trips is that the region is the organizing structure, meaning that the only way you can create a sense of place, grow your economy, create jobs and attract talent that wants to move, stay and live in your region is to come together regionally,” explains Stephens.

Establishing social capital with leaders across the nation is also key to the Alliance’s success. “Putting everything onto paper and handing it to [delegates, city managers and mayors] is a nice way to advocate, but actually standing person-to-person and talking about issues is the best way, I think, to advocate,” McKenna states. “[The Alliance] is one small part of driving our localities closer together and creating a willingness to collaborate.”

Vandeventer Black Donates to the Foodbank