Trending Now
From Livable to Luxurious
Protecting Patient Data
Market Report: Health Care
How to Find Pandemic Relief with the Help...
Millennial Personal Appearance and the Law
Hacking is Becoming Less Human, More Robotic
Impacting the Workplace Loneliness Epidemic
Ransomware: What It Is, How to Avoid It...
Using Technology to Increase Employment Opportunities for Veterans
How Technology Has Caused a Shift in Marketing...
Cowork

Perhaps it was the salted caramel oyster brown from Hampton’s St. George Brewing Co., or maybe it was the prime rib from Nest, newly opened in Kiln Creek, but there was a palpable buzz in the air in November at the grand opening of Gather at Tech Center in Newport News. A coworking space founded in Richmond, Gather opened its doors in Norfolk earlier this year, and the Peninsula location has been in operation since September.

According to James Crenshaw, a majority owner of the firm, Gather’s initial design featured a sprawling and open space, an attempt to lure tech startups and artisans and the like, but it quickly became clear that was not what the market dictated. Traditional, established businesses needed private office space, but they also needed flexibility and amenities, which they weren’t finding in the traditional, established leasing market.

Crenshaw and his partners, Doug and Polly White, adapted swiftly and opened a second location with 70 private offices instead of the eight built into their initial iteration. The communal space and atmosphere were still there, but at Gather 2.0 community became an amenity that folded into the other services, a nice benefit but not the centerpiece.

This format works well for Cara Neill, who helps run Inspired Resolutions, a two-person company that assists agencies who service people with intellectual and developmental disabilities. She says the staff at Gather Newport News is friendly and nice. The all-inclusive package makes it a great fit for the organization she runs with her mother-in-law. From the coffee bar to the podcast booth to the cookie happy hours to the meeting space available 24/7 at any location, it’s easy to see why Gather continues to expand, with eyes on Chesapeake, Midlothian and Virginia Beach, the latter scheduled to open in June. 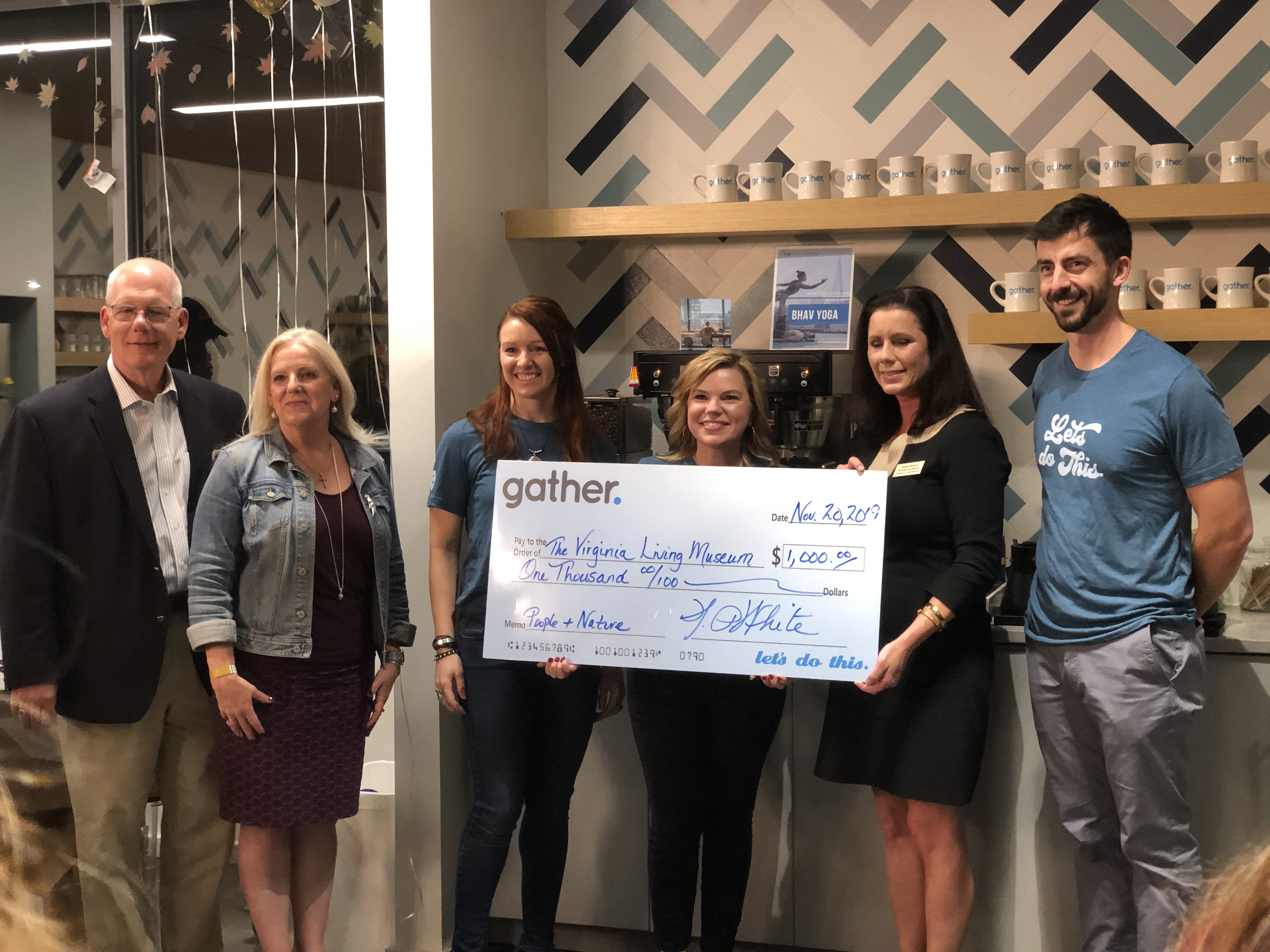 Besides the elasticity of leasing on a month-to-month basis, the community aspect of Gather provides an economic benefit. In the short time the Newport News location has been open, Cara Neill has been able to connect her business to a home health business run by another tenant. That kind of opportunity simply isn’t available when leasing office space on the traditional market where power, phone, internet, sanitation and a whole host of services must be hunted down by the tenant.

Jeff Johnson, director of Tech Center, waxes poetic when he discusses the vision shared by Gather and Tech Center: “We bring together smart people and capital and technology and innovation and ideas so that we can grow businesses that matter.” What food trucks do for restaurateurs, spaces like Gather do for one-employee businesses.

They also can serve Fortune 500 companies that need a clean and efficient space for 30 workers for a couple months. As some aspects of coworking spaces fade to the demandless dustbin, one thing remains: the need for a quiet, private room to cruise through a logjam of emails. Nowadays that need may strike at midnight, and nimble companies like Gather are there to provide the space, people and smile to make it happen.