Ferguson Ventures, part of Ferguson Enterprises, partnered with William & Mary to host the first-ever Innovation Challenge Pitch Day on April 19 at the Ferguson Heritage Center in Newport News. Five teams of William & Mary students pitched their ideas and approaches to address productivity in the construction industry as they face a staggering trades shortage. Currently 600,000 skilled trade jobs are open in the U.S. and 83 percent of companies report a lack of qualified talent.

During the Innovation Challenge, each team had six minutes to present their idea to a panel of judges, followed by a seven-minute Q&A session. Students competed for a chance to take home a first-place prize of $3,500, a second-place prize of $1,500 or summer internships at Ferguson for top students participating in the challenge to progress their ideas in the Ferguson Innovation Lab. 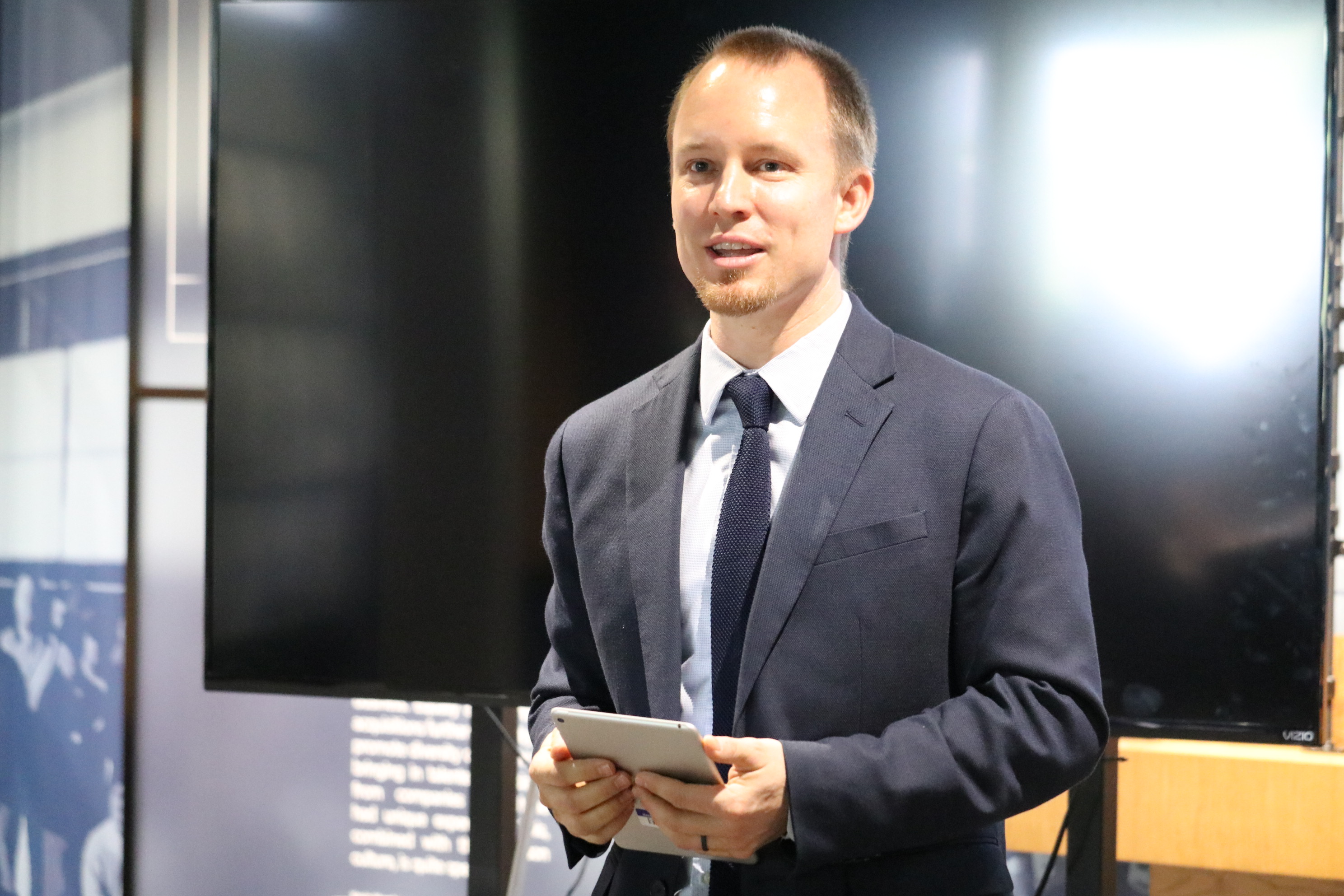 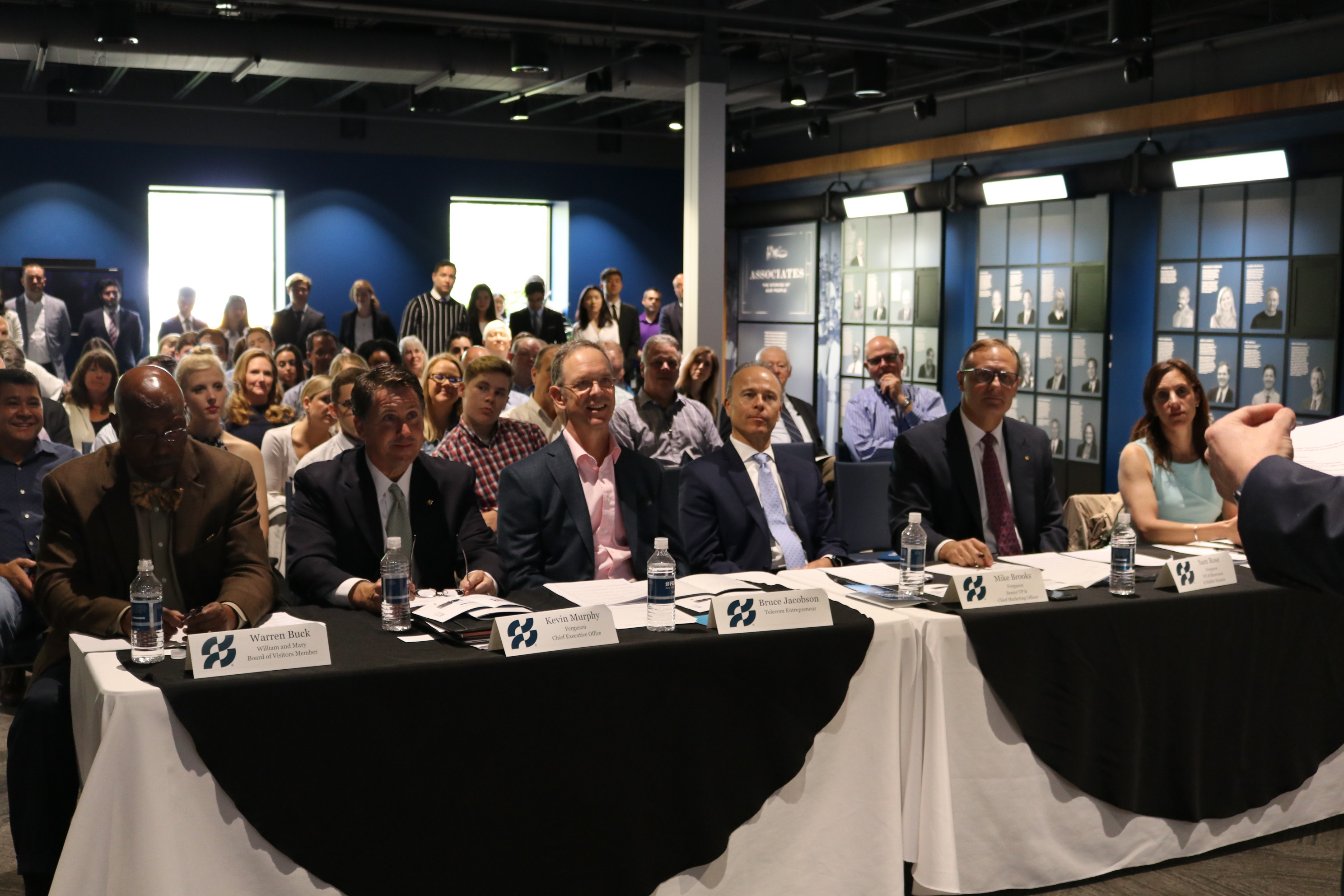 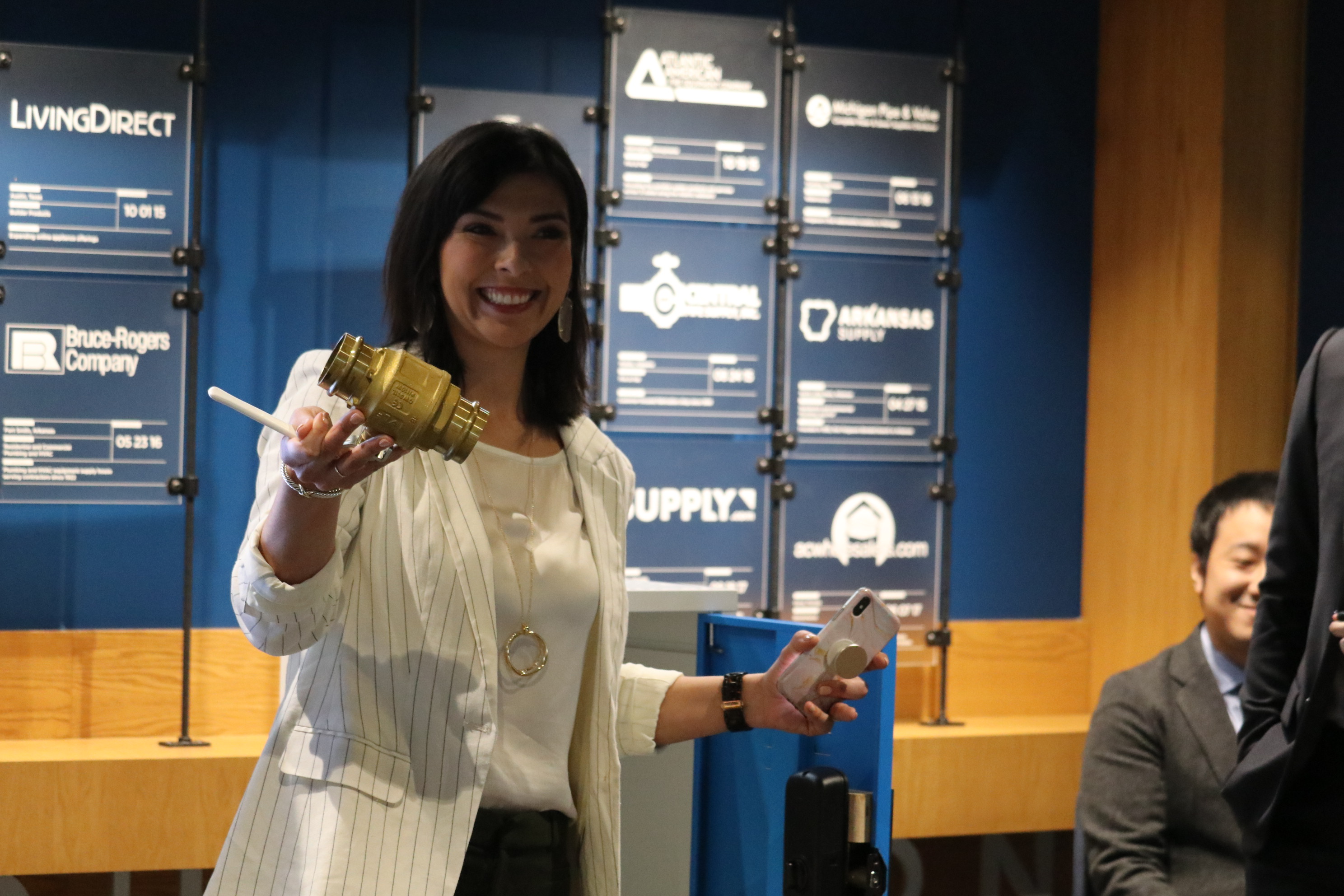 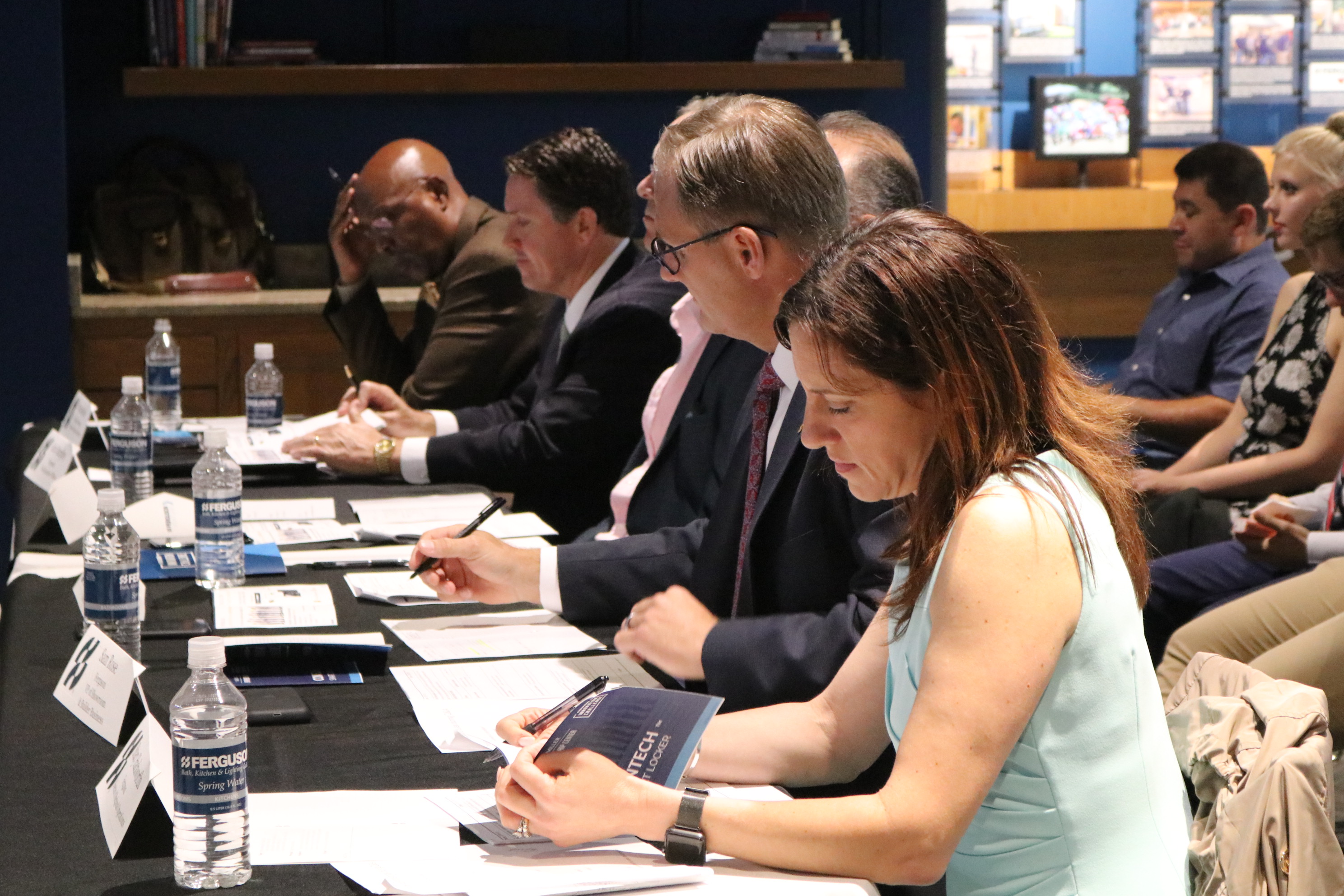 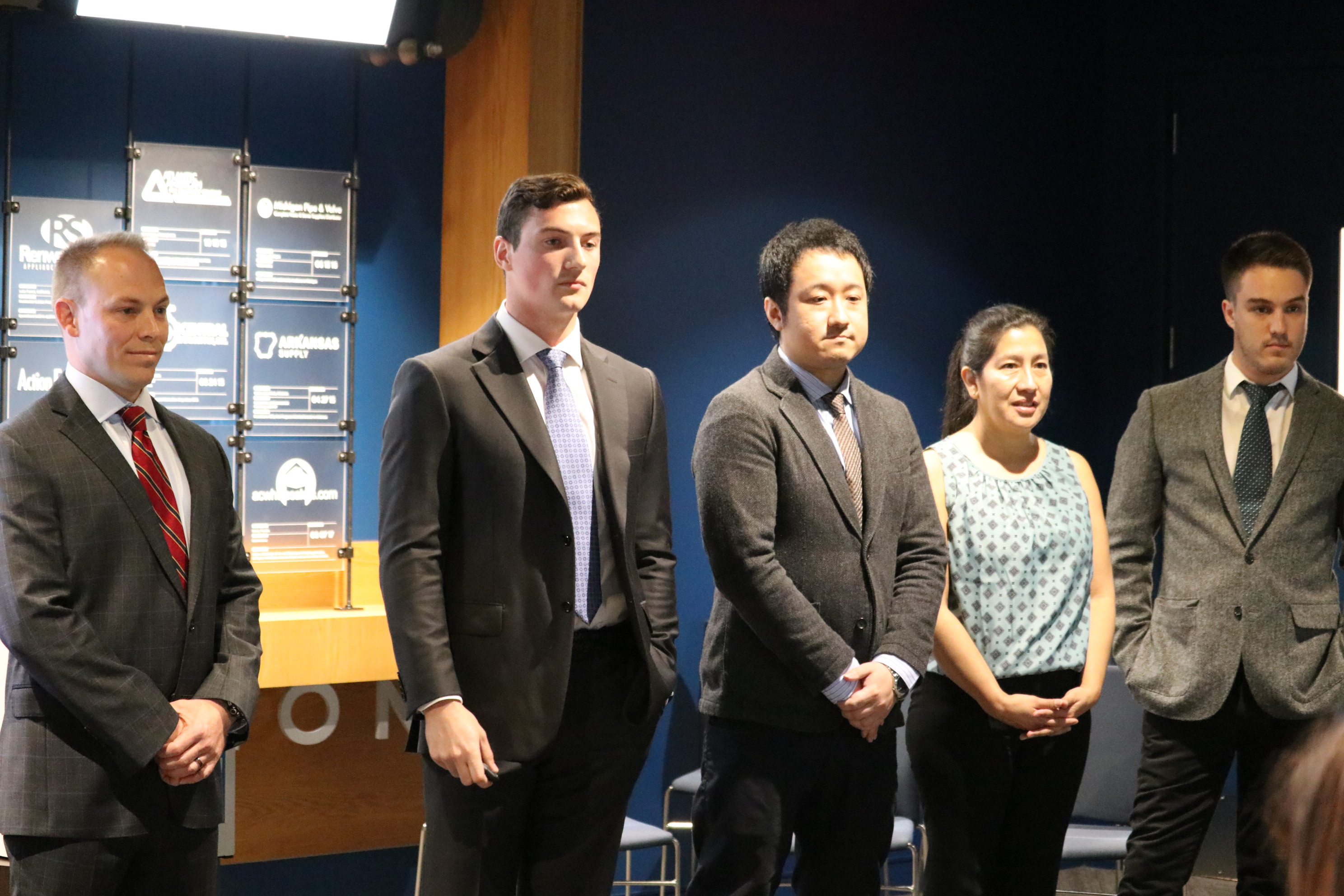 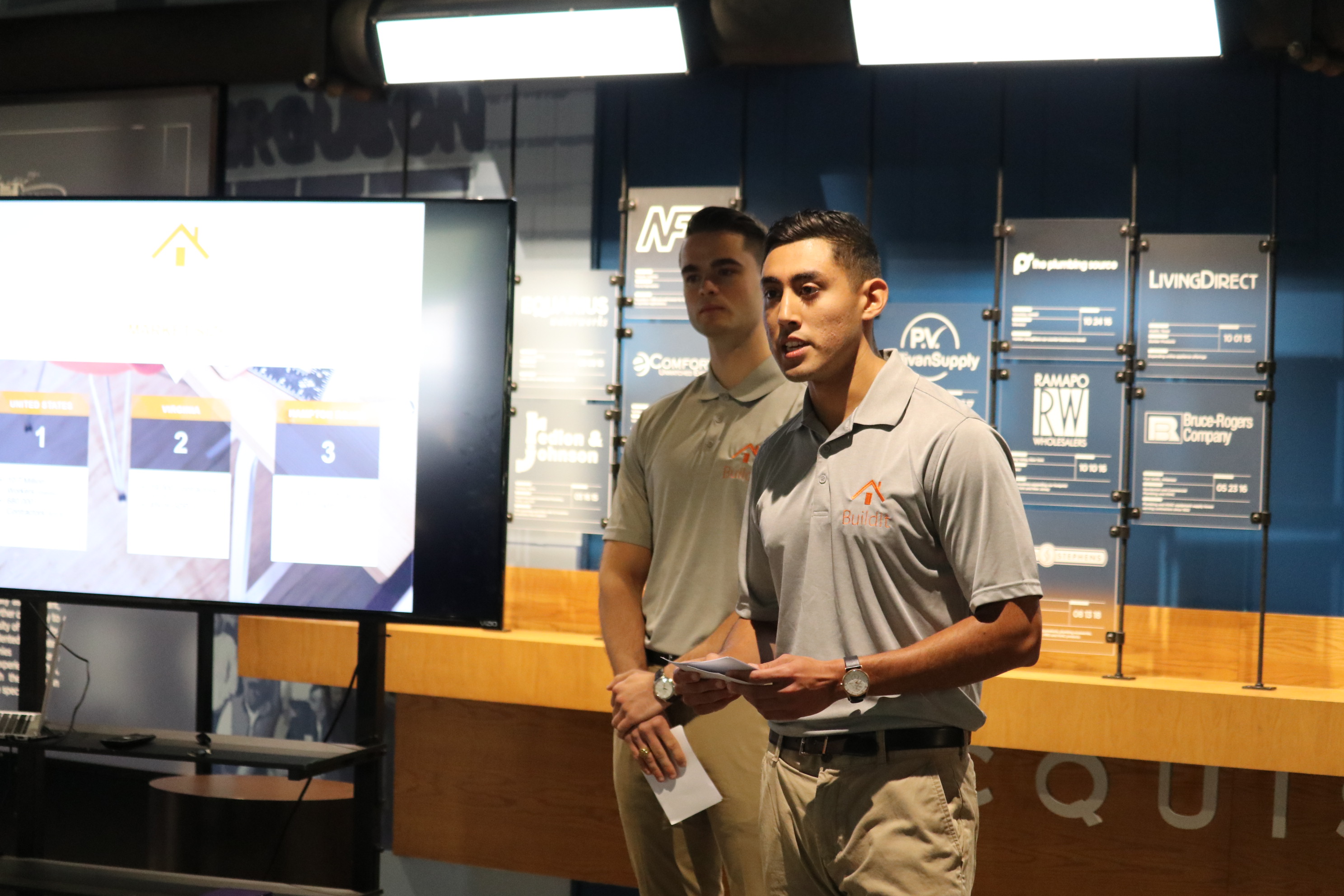 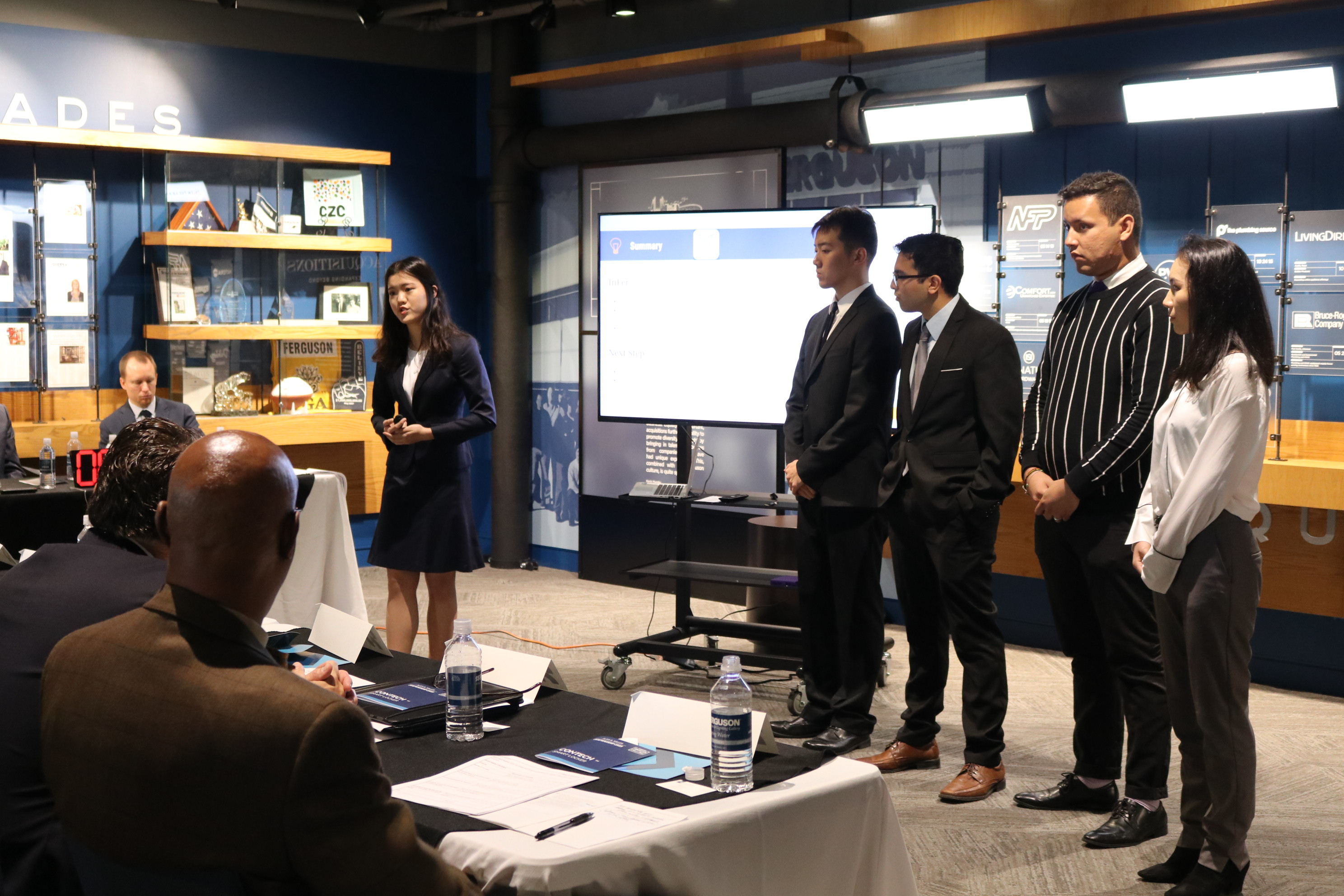 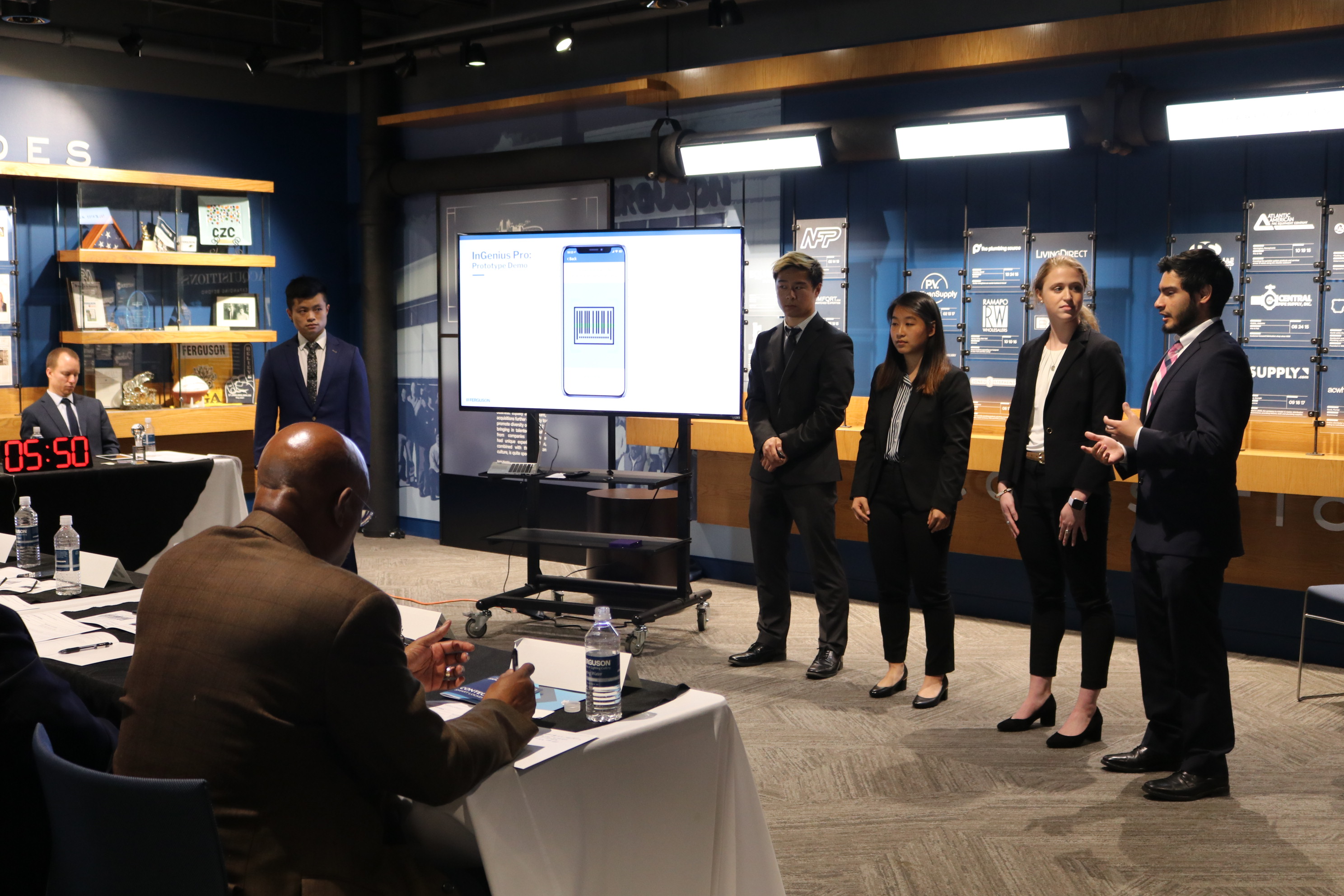 During the event, many of the students were able to talk to Ferguson associates about Ferguson as a career choice, as well as figures from the startup community, such as StartWheel Executive Director Christopher Shelton and 757 Accelerate Evans McMillion. 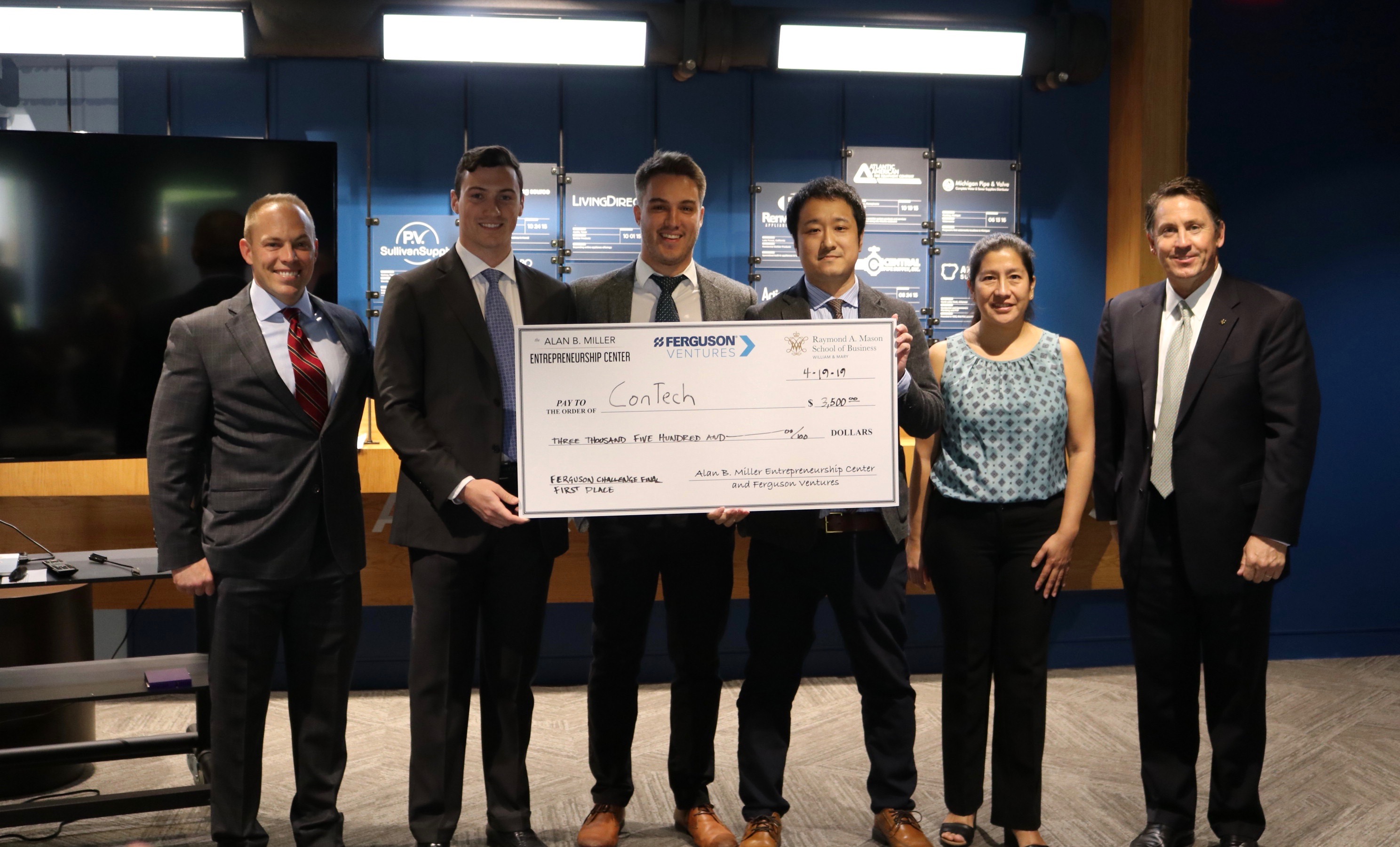 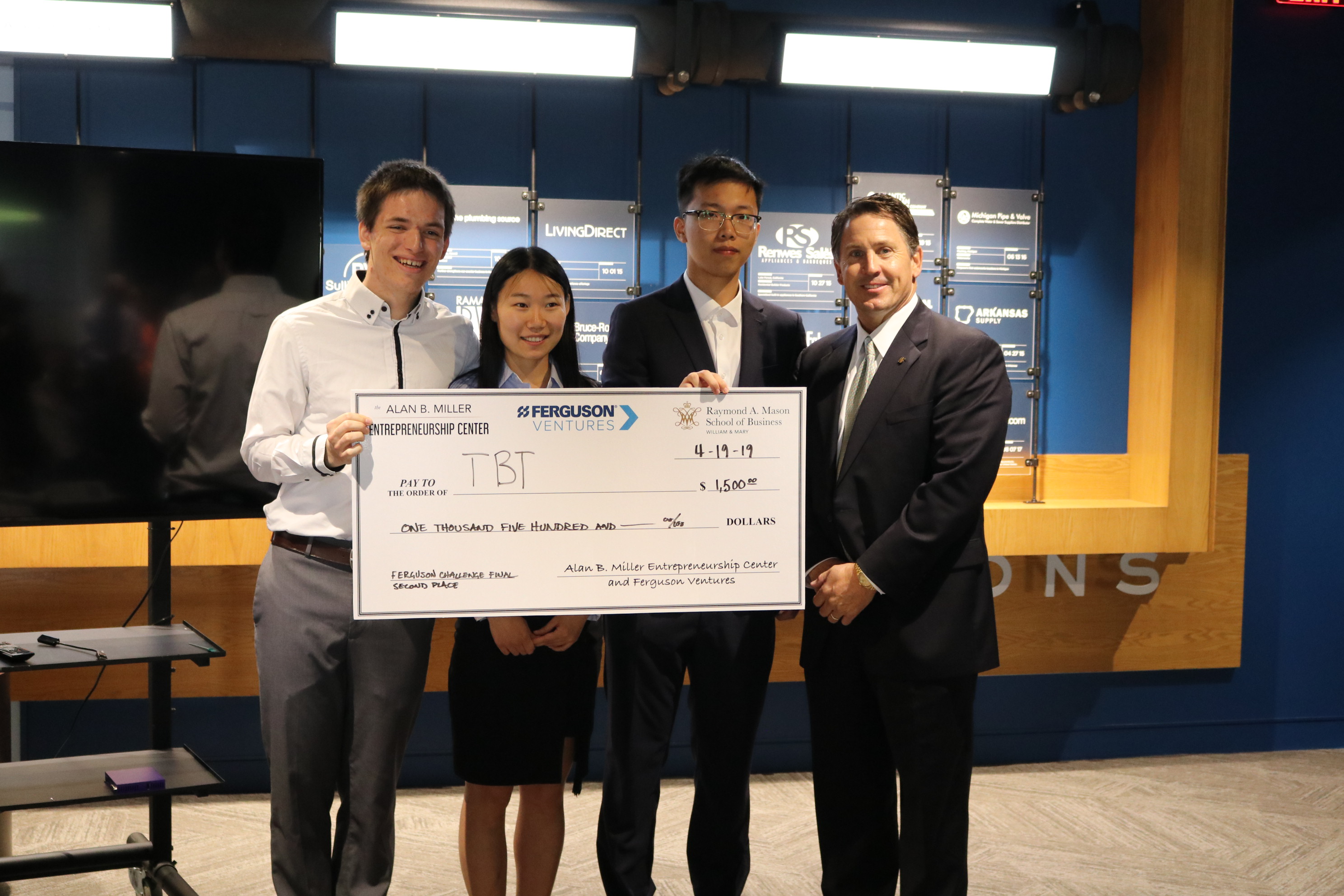 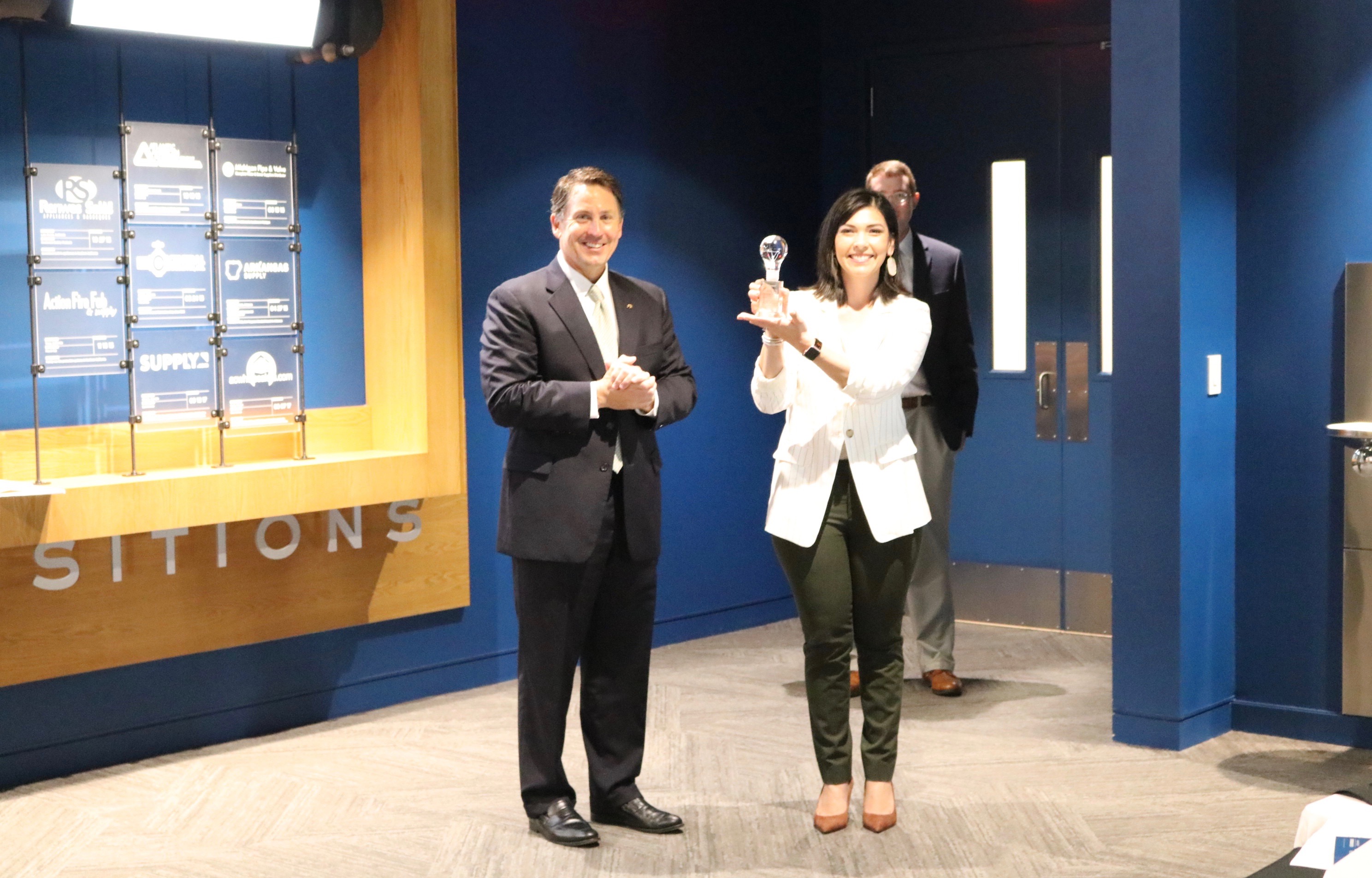 After careful deliberation from the panel of judges, ConTech was named the first-place team, TBT was named the second-place team and Stephanie Ziegler was announced as the winning Mentor.