Trending Now
From Livable to Luxurious
Protecting Patient Data
Market Report: Health Care
How to Find Pandemic Relief with the Help...
Millennial Personal Appearance and the Law
Hacking is Becoming Less Human, More Robotic
Impacting the Workplace Loneliness Epidemic
Ransomware: What It Is, How to Avoid It...
Using Technology to Increase Employment Opportunities for Veterans
How Technology Has Caused a Shift in Marketing...
Executive Wellness

Over the last several decades, an epidemic of ‘lifestyle diseases’ has developed in the United States: Unhealthy lifestyles, such as inactivity, poor nutrition, tobacco use and frequent alcohol consumption, are driving up the prevalence of chronic disease, such as diabetes, heart disease and chronic pulmonary conditions. These chronic conditions have become a major burden, as they lead to decreased quality of life, premature death and disability, and increased health care cost.

If that wasn’t bleak enough, though chronic disease was previously considered a problem isolated to more aged demographics, RAND identified a disturbing shift in onset. More and more, the deteriorative conditions are affecting younger, working-age Americans. For employers and the nation at large, the change means an increased strain of “economic burden, because of illness-related loss of productivity due to absence from work (absenteeism) and reduced performance while at work (presenteeism).”

By 2013, many of the nation’s most avant-garde companies—most famously, West Coast tech giants like Google and Amazon—had adapted European-style benefit packages promoting employee wellbeing by providing resources and offering incentives that encouraged healthy lifestyle decisions. But with the release of the report and a growing corpus of evidence, businesses of all stripes are scrambling to implement what are now known as employee ‘Wellness Programs.’

“Companies have latched onto the idea that, as healthcare costs climb, if you invest in improving the overall health of your employees, you will boost morale and productivity, reduce sick time and save money in the long-term,” writes Amy Blackburn, a wellness program expert for Small Business Trends. “And in today’s health-intoxicated and cost-conscious world,” she adds, the more ubiquitous these programs become, “the more workers will be taking a closer look at the kinds of benefits competitors are offering.”

According to Blackburn, the value of a wellness program is “virtually beyond dispute.”The RAND study confirms her claims, finding that employers who offer wellness programs enjoy reduced costs related to healthcare and find their worker pool much more engaged.

“The bottom line is, a healthier employee is a happier employee,” asserts Jim White. As the founder of Jim White Fitness & Nutrition Studios—which has two locations in Virginia Beach and one in Norfolk—White specializes in helping companies design and implement custom workplace wellness programs. He says that, for a company, investing in the health of its employees is synonymous to securing a prosperous future. A strategically designed wellness program gives “employees the tools they need to make sustainable changes in their lives, one day at a time … Small modifications in diet and exercise now can have a huge impact on chronic disease prevention and overall well-being in the future.” 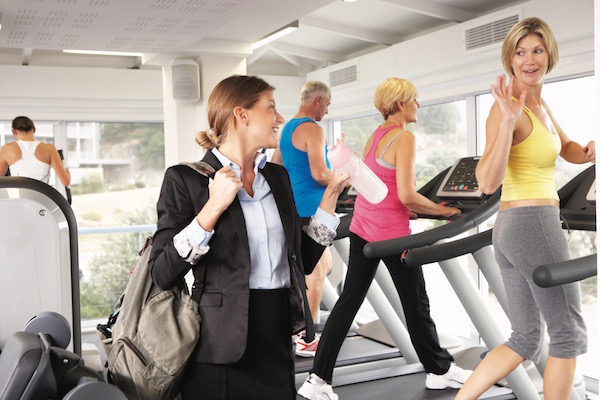 In terms of financial impact, that meant big returns. Though wellness programs are voluntary, according to a study conducted by the Harvard Business Review, they yielded an average return on investment of $3.50 in savings per every dollar spent. The savings derived from a 26 percent reduction in healthcare-related costs, a 30 percent reduction in workers’ compensation and disability management costs, and a 28 percent drop in sick leave absenteeism.

“A 2009 study by Dr. Ronald Loeppke of absenteeism and presenteeism among 50,000 workers at 10 employers showed that lost productivity costs are 2.3 times higher than medical and pharmacy costs,” says White. The HBR study identified health conditions that contribute most to diminished productivity as: depression, anxiety, migraines, respiratory illnesses, arthritis, diabetes and back and neck pain. “All of which can be substantially reduced or even eliminated through a combination of healthy diet, regular exercise, and the use of relaxation techniques like yoga or meditation.”

Along with a supportive company culture, the three constitute the pillars of a strong and successful wellness program.

Throughout Coastal Virginia, businesses have been taking note.

In Chesapeake, USAA Insurance was one of the first to get onboard. As early as the mid-2000s, the company began offering employees annual reimbursements of as much as $350 toward health-related costs—for instance, the purchase of a treadmill, private gym membership or participation in a Weight Watchers program. If the worker took an annual health risk assessment, he or she picked up another $50. Additionally, USAA installed an onsite fitness center with outdoor running trails, basketball and tennis courts, and hired two full-time staff trainers to lead free classes and workouts. The efforts were groundbreaking and, in 2006, won the company a C. Everett Koop National Health Award from the Health Project, a nonprofit consortium based at Stanford University.

In 2011, Bon Secours Hampton Roads hired full-time wellness coordinator Amy Cutter to, in her words, transform the company into a “role model to the community to model health.” There, Cutter quickly implemented walking groups and a campaign to encourage employees to take the stairs. Soon, deep fryers disappeared from the cafeteria, while drink machines carried sugar-free beverages containing less than 150 calories each. In 2015, the location was awarded the designation of Health Champion by the American Diabetes Association.

A year after Bon Secours, Newport News plumbing giant Ferguson Enterprises adopted an ongoing partnership with healthcare promotion company Virgin HealthMiles to develop wellness initiatives for its more than 18,000 employees. Using company-supplied pedometers, participants could monitor their walking and receive up to $500 a year in cash or credit. Within three months of the program’s implementation, more than 25 percent of employees were participating—and half were logging at least 7,000 steps a day.

In 2013, Ferguson’s neighbor, W.M. Jordan, a general contracting company, converted a building near its Newport News headquarters into a wellness center, bought $25,000 worth of exercise equipment, and hired a full-time wellness director. Seeking to emphasize proper nutrition and healthy eating, WMJ subsequently installed a community garden with 36 raised beds. The program was such a hit, it has since been expanded to each of the company’s six locations and led Inside Business to elect WMJ into its Best Places to Work Hall of Fame.

More recently, the City of Virginia Beach has launched its own Beach Employee Wellness program. Within two months ofits introduction in January of 2016, more than 50 percent of the city’s 10,000-plus eligible workers and retirees were participating. Since then, that number has grown significantly.

Though all of the above report substantial savings—not to mention improved employee productivity and morale—the most striking figures come from USAA. Nationwide, the company estimates its wellness programs are saving it more than $35 million a year in reduced absences. Meanwhile, the rate of increase of insurance premiums has slowed substantially, equating to more than $7.5 million in annual savings.

While implementing a wellness program may seem like a no-brainer, White says there are no one-size-fits-all solutions.

“If a program is going to work, it needs to be engaging, and it needs to be fun,” he says. To achieve success and maximize participation, “you have to cater to the specific needs of a company and its employees, both as a group and as individuals.”

In this way, companies can establish a culture of mutual support, encouragement, and health-conscientiousness that inspires employees to lead healthier, happier, longer, and more productive lives.

Sentara Employees Give Back During United Way Day of Caring