Dogtown and Dog Perk Create a Place for Dogs to Go

What does a petroleum engineer with a newly minted degree from Louisiana State University do when oil field prices plummet? He opens a doggie day care, of course.

After one particular backshift, the lightbulb went off for Sam Woomer, who had left the Midland, Texas oilfields and moved to this area two and a half years ago to work as a nuclear engineer at Norfolk Naval Shipyard. He came home to find that the latest fatality of Moose, his mischievous Goldendoodle, was a favorite hat. Before the shredded hat, it was a sectional sofa and baseboards.

There were no doggie daycare options with hours that fit Woomer’s schedule. So, he started his own, open 5:30 a.m. to 7:30 p.m. plus overnighters. 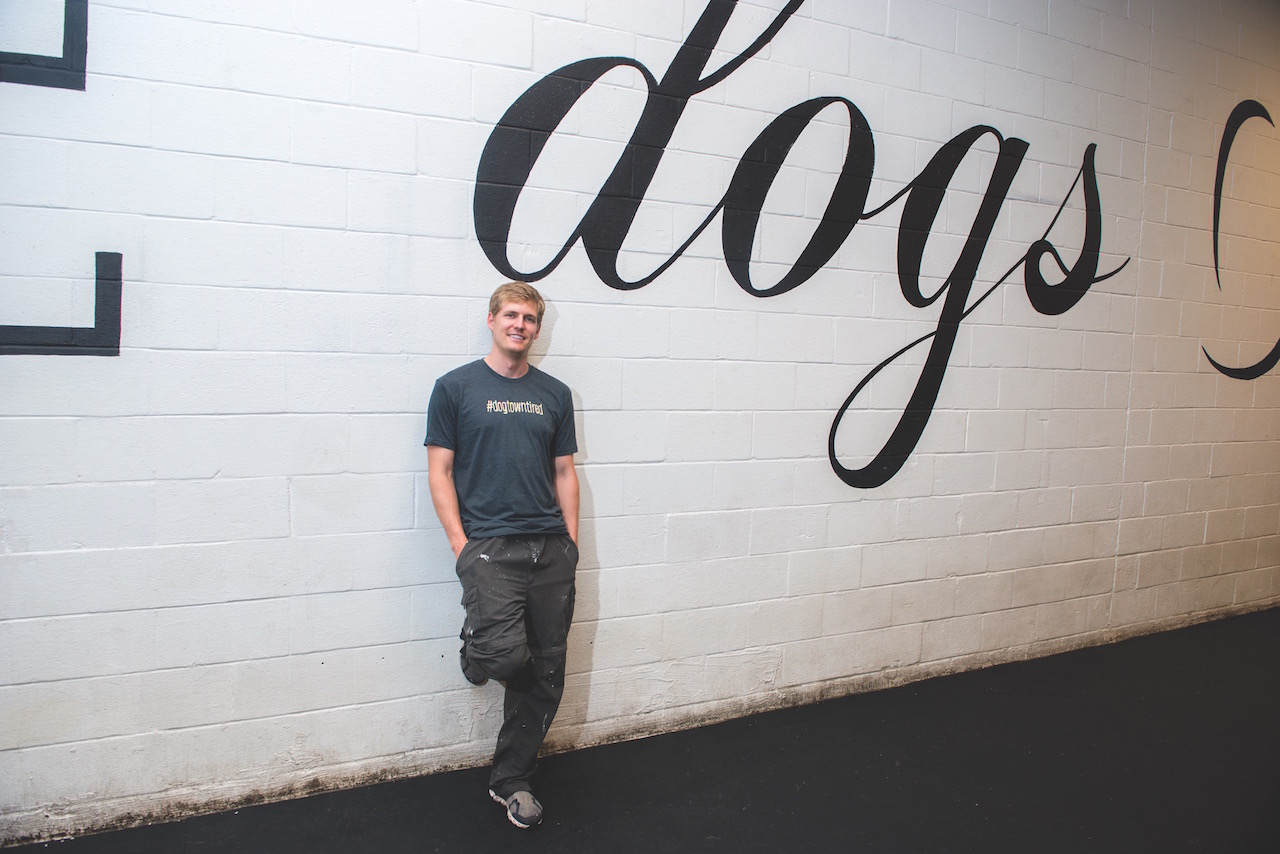 Woomer credits Gary Vaynerchuk’s DailyVee with his willingness to step off the ledge, noting the importance of a mentor for anyone wanting to start—and grow—a successful business. Though Woomer does not personally know Vaynerchuk, a big-name motivational speaker and investor, he is a longtime follower of his vlog.  These 15-minute videotaped snapshots of Vaynerchuk’s 15-hour days helped shape Woomer’s “no regrets, do what you want” philosophy and armed him with business techniques that he uses every day.

Woomer launched his business by offering $5 dog walks in October of 2017. Only these were no ordinary walks. They involved “all-day shenanigans” all over town, including venues like the Hermitage Museum. The numbers were more favorable for a daycare than an indoor dog park, his original idea, so he went all in. A Google search turned up the building he wanted, which was attached to a yard. After a bit more online sleuthing, he found the landlord and was able to combine leases for a total of some 10,000 square feet and a three-bedroom house where he lives.

Word of mouth helped build his clientele, as did being located next to Smartmouth Brewing. So did social media in one of those come-full-circle phenomena. Woomer began posting videos of “daily exposure sessions” in which he introduces dogs to unfamiliar situations. In this way, he builds their comfort level with vacuum cleaners, wheelchairs, trash bags and … you know, dinosaur suits. These sessions took off. 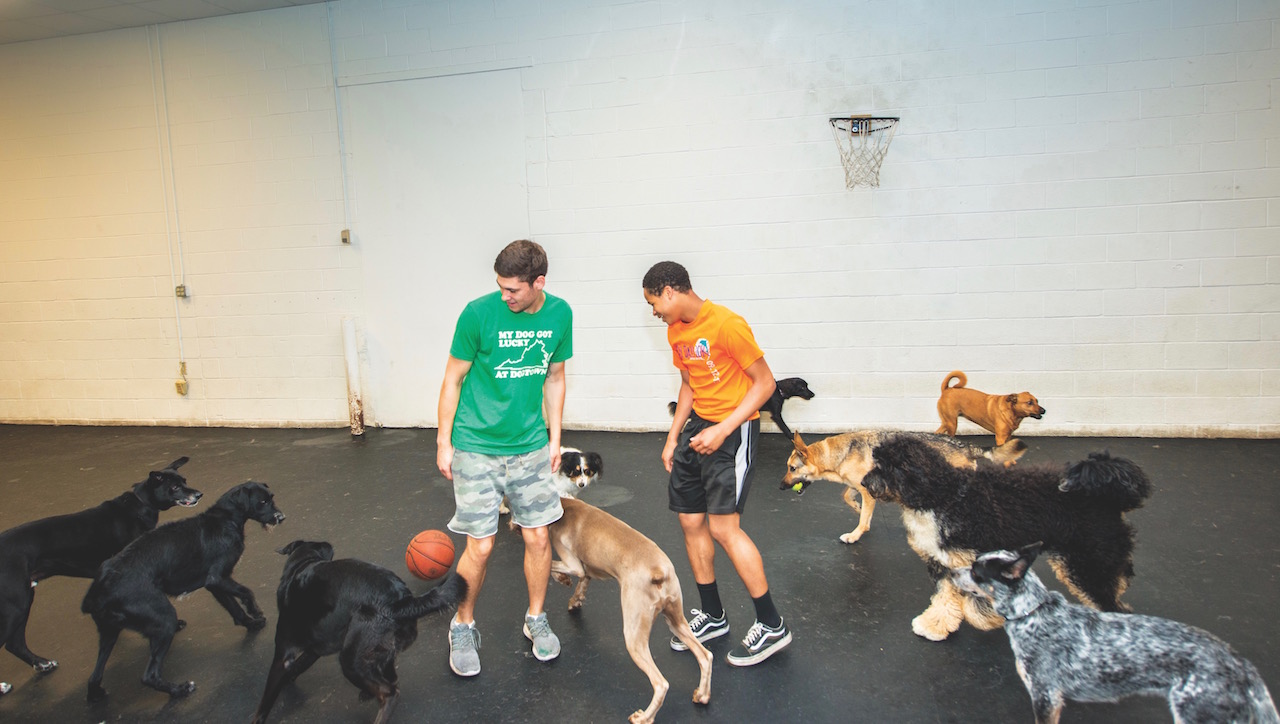 With no formal dog training himself, Woomer relies on what he calls his Four Cs: Current Constant Creative Content using current events to trigger ideas for the exposure sessions. Anything to keep the dogs engaged.

“What we didn’t expect is the level of creativity in Sam’s approach to running Dogtown,” says Trish Pfeifer, whose dog, Dottie, is a frequent guest. “I can’t even say ‘Dogtown’ out loud unless I have her leash ready! She adores going there and comes home blissfully exhausted.”

So do a lot of other dogs. Woomer reports “capping out” every single day at his maximum of 75 dogs and every night at his maximum of 32 dogs for $25 and $38, respectively. Those prices will soon be adjusted though, as the business is undergoing a significant facelift with new walls and new kennels. Woomer believes that reinvesting in his growing business is a good investment. The same goes for starting a new one. In February, he opened Dog Perk, an indoor dog park, on Olney Road in Norfolk. 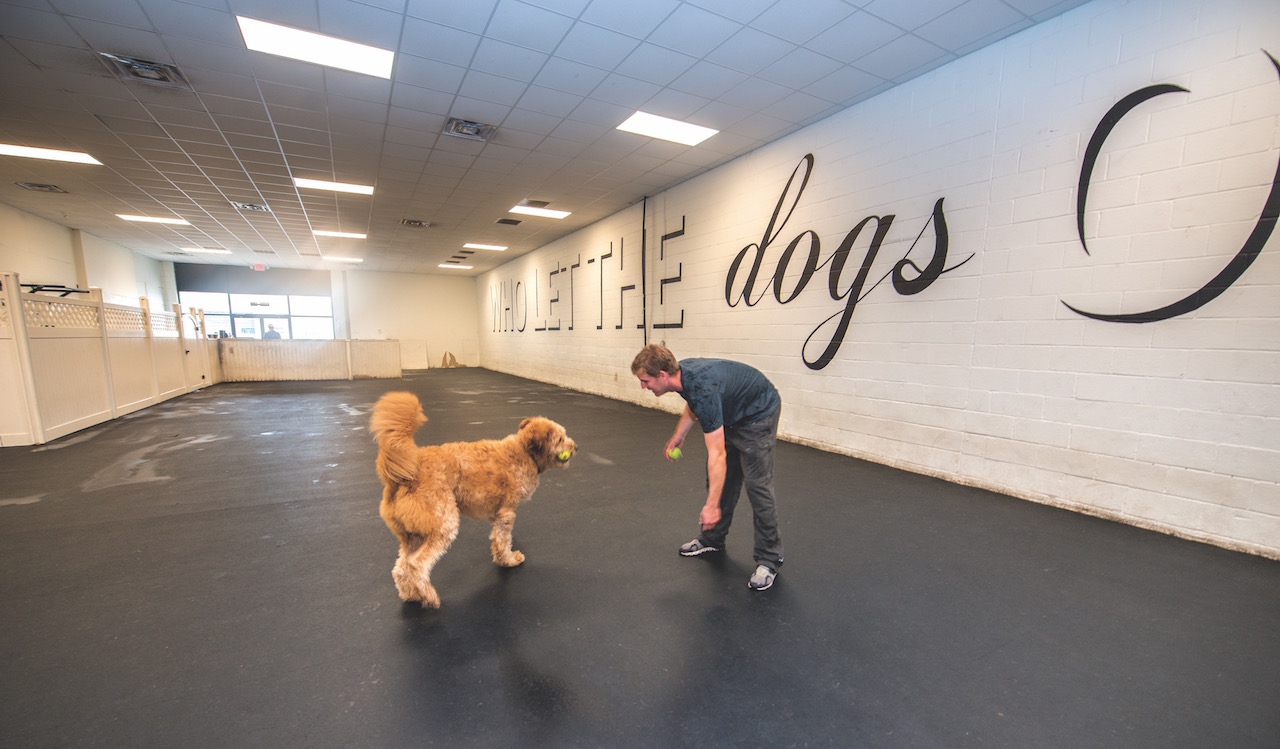 Dog owners sometimes joke that they like dogs more than people. Woomer loves working with the dogs for sure. But he also finds building relationships with people very rewarding, and he feels privileged to be able to watch their dogs grow up.

Paperwork is a different story. The least favorite aspect of his job is keeping up with it. Currently, he is working on a more efficient procedure to track immunizations through veterinarians’ offices.

The best time he has ever had in his new venture? Marching in Norfolk’s 2018 Grand Illumination Parade with some Dogtown “reindeers”—make that regulars.  Now as a member of the Downtown 100, a group of 100 emerging leaders in Downtown Norfolk, he had the inside track. Not only was it a great time, but it was smart business. Rather than pay $500 for a table at an event, he paid half that to appear in front of 80,000 people and on TV. Too many business people, he laments “don’t understand marketing.”

As for his next move in this dog-eat-dog world of business, he says he doesn’t think too much about the future and has no plans yet. For now, he and some 17 employees plan to keep tails and tongues wagging at and about Dogtown and Dog Perk.