At the 2019 International Jewellery Design Excellence Awards, a prestigious competition held on Feb. 28 in Hong Kong that invited 137 award-winning jewelry designers from around the world, “Discovery of Eggcellence” was the recipient of the Champion of Champions, the event’s highest honor. At 6 inches in height and 3.5 inches wide, the entrancing egg was appraised at $217,000 and is for sale at $130,000.

Maryaskin immigrated to the United States from Ukraine with his wife in 1997. As a teenager, he restored 400-year-old filigree boxes, crosses, icons and other artifacts damaged during World War II within an early 17th-century Trinity Church in Dnipro. “Back in Ukraine you could not really buy precious metals. Back then it was really, really a controlled substance,” Maryaskin tells. The first prized piece of jewelry he made was for his mom, a pair of earrings, with a soldering gun, blade and wires. “I realized that I had a really good feel for the metals.”

After learning English, Maryaskin took a maintenance job in a local apartment complex. When he was handed a bag of coins with silver quarters from 1964, he melted them and had them drawn into wires to create a silver mirror to sell to Charlie’s Jewelry in Newport News. They took a shine to Maryaskin and his craftsmanship and offered him a position at the shop, where his colleague Tim Wright taught Maryaskin more on the American trade, including sourcing settings for gemstones. The two opened Simply Unique Jewelry Designs in 2010 and have a staff of seven where they create, repair and restore jewelry by hand. 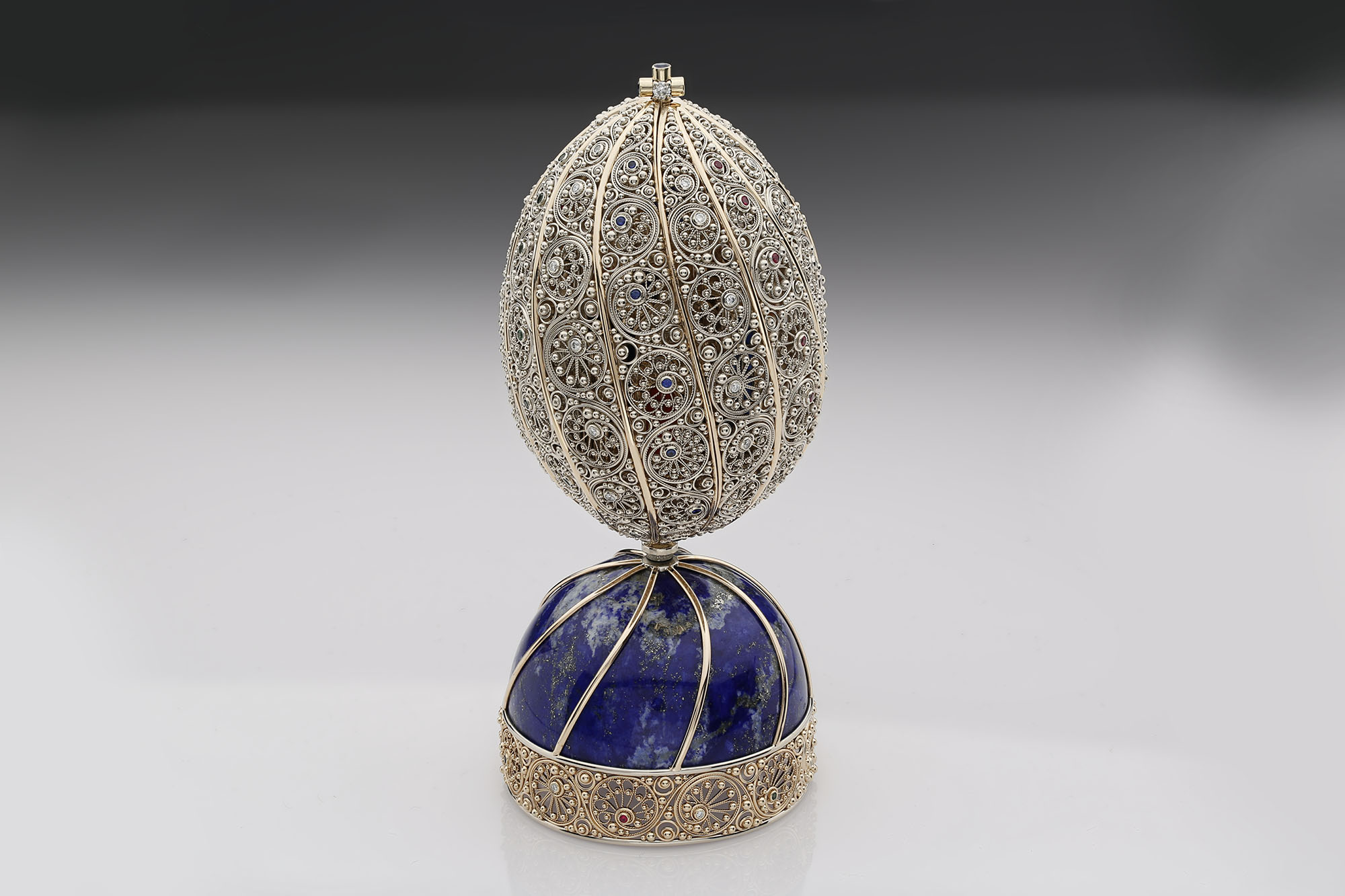 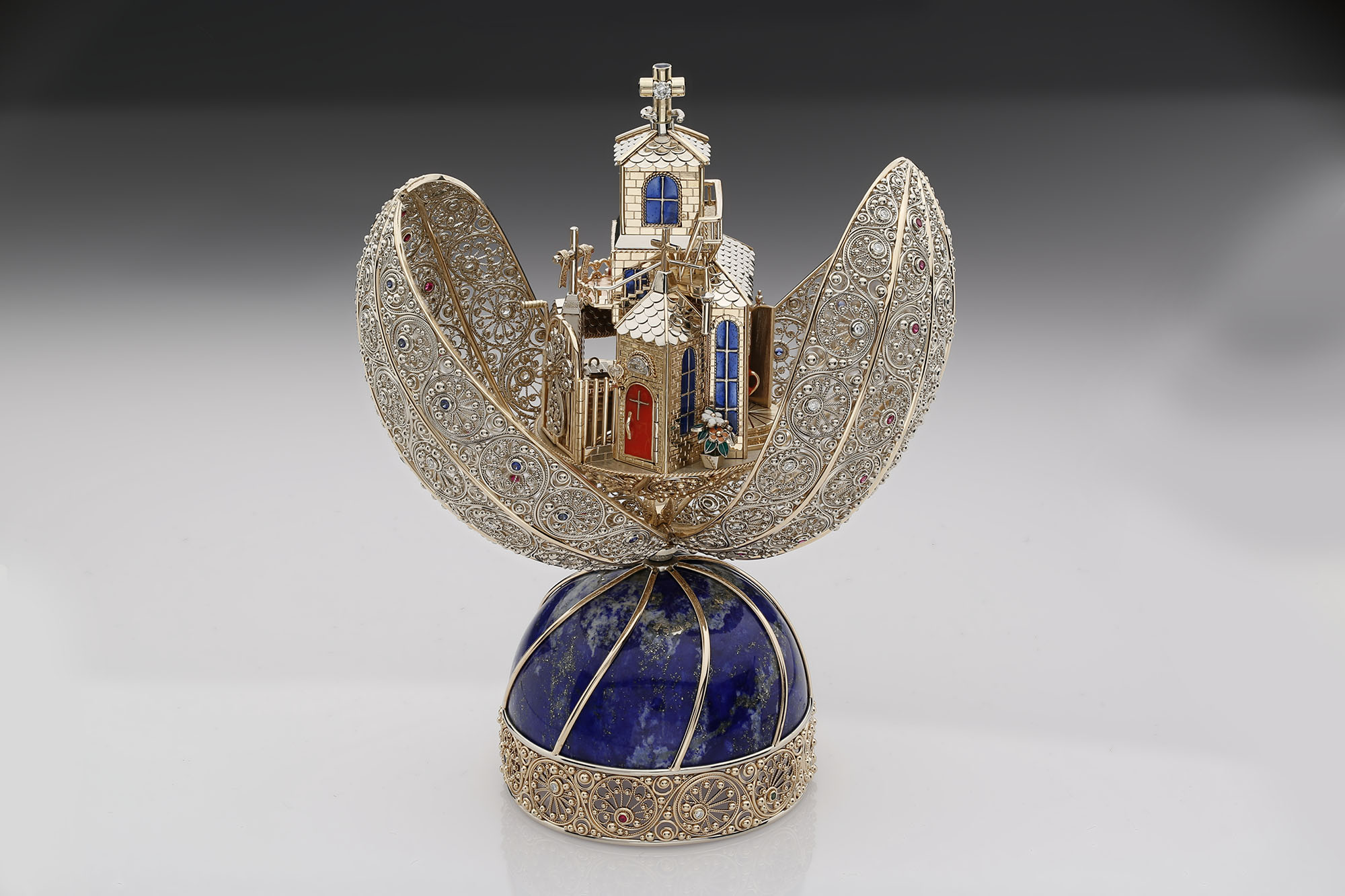 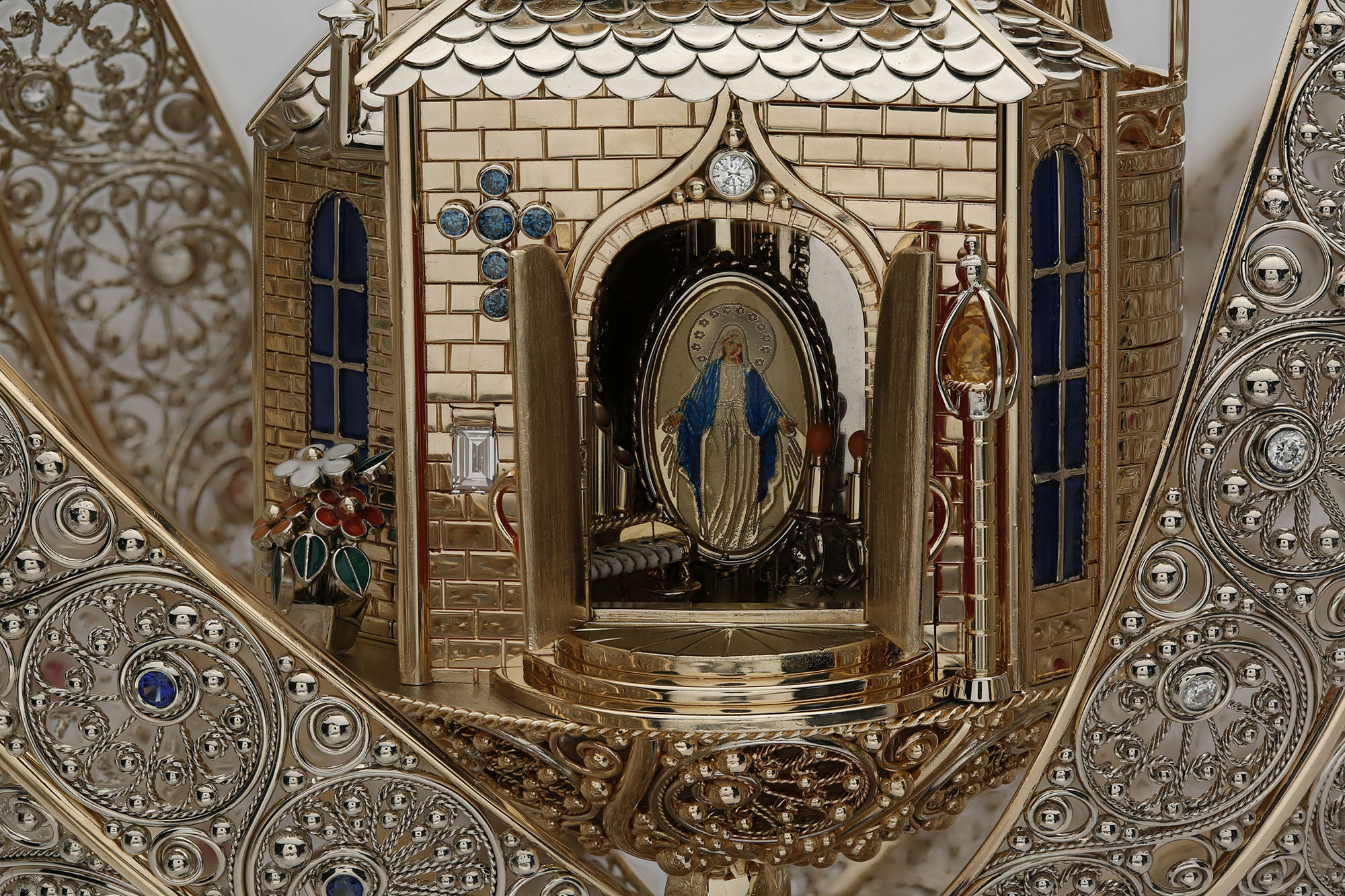 Maryaskin took on the prodigious project of making his memento “Discovery of Eggcellence” for the Ukrainian church where he first performed his restoration work over 30 years ago. “I was always in love with old architecture,” Maryaskin shares. “I wanted to build something old enough from my childhood.” However, the church was leveled to the ground in 2002 after falling into disrepair. Without any sketches or renderings for reference, Maryaskin challenged himself to make his crown jewel—entirely by memory.

“Everything had to be made individually. Every brick, every shingle, everything was made by hand,” Maryaskin admits, completing the elegant egg in 538 hours. “Things that I remember came into one complex,” he details. “If you actually hold it and look at it and play with it there are a lot of hidden secrets.”

With the nine finalists of 137 entries invited to Hong Kong for the International Jewellery Design Excellence Awards, and even with four Chinese judges and contenders, “Discovery of Eggcellence” was selected as the Champion of Champions. “This is an extremely unexpected award,” Maryaskin shares, but comically adds, “I killed it.”

Now, Maryaskin is hoping that “Discovery of Eggcellence” will sell to be displayed for artistic exhibition so he can purchase the materials for his next masterpiece.

Local Businesses Use Virtual Reality to Connect in New Ways