The Cystic Fibrosis Foundation (CFF) hosted their 6th Annual Brewer’s Ball on Oct. 25 at Hits at the Park Restaurant at Harbor Park Stadium in Norfolk. Brewer’s Ball celebrated 10 emerging business and community leaders in the region and was a fun fundraiser for CFF as guests dressed in their favorite blazers and cocktail attire for an evening of fare from local restaurants, beers from craft breweries, craft cocktails and hard cider, live music, silent and live auctions and networking with views of the ballpark. 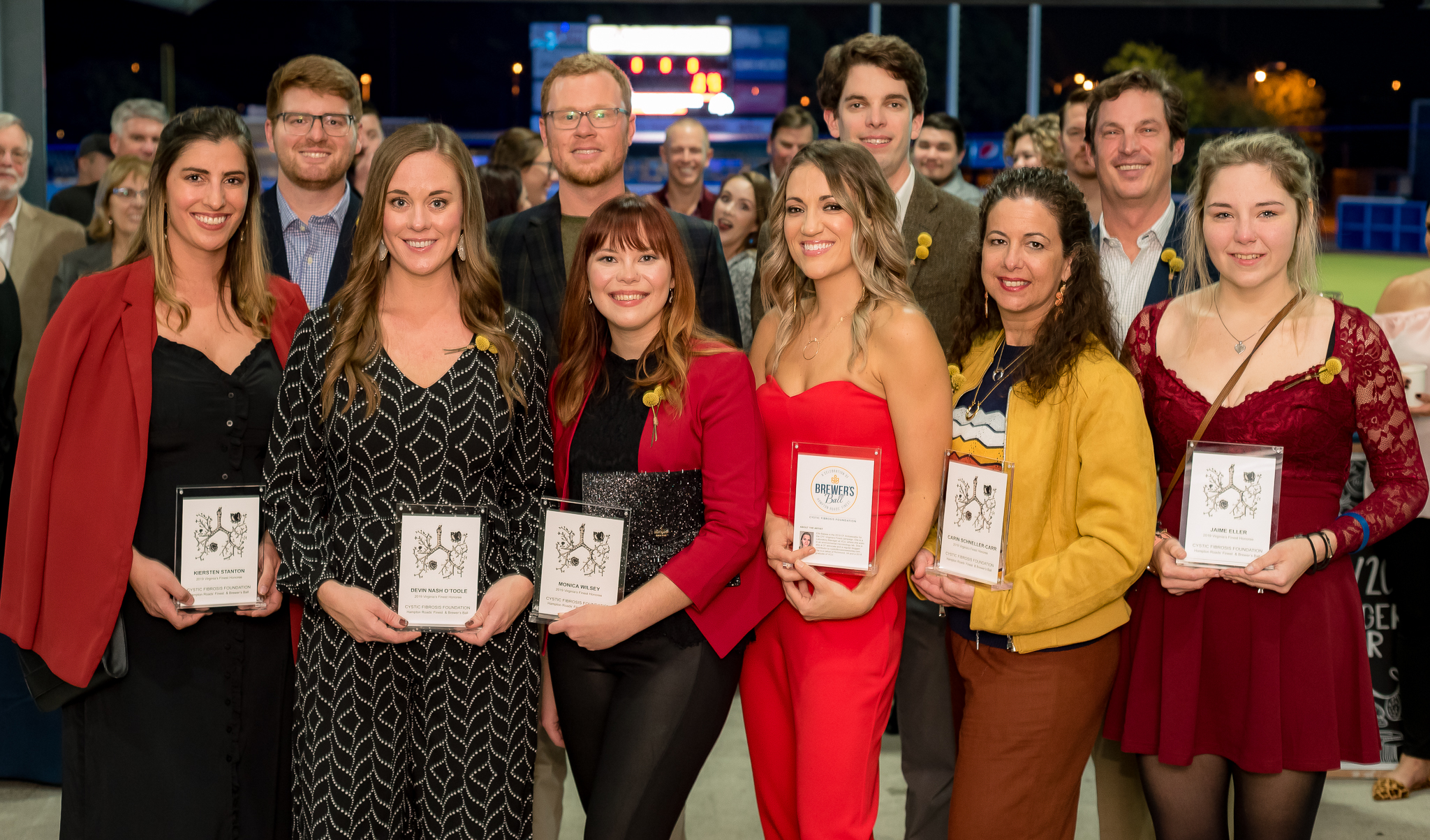 The 10 honorees recognized during Brewer’s Ball were nominated for their exemplary leadership, active involvement in the community, business excellence and participation in a three-month awareness and fundraising campaign to support research for a cystic fibrosis cure. Cystic fibrosis is a rare, genetic disease that progressively limits the ability to breathe. With CFF’s efforts, drugs that treat the genetic cause of CF are becoming more available and increasing life expectancy for those with the disease. CFF’s ultimate goal is to find a cure for cystic fibrosis.