Trending Now
Protecting Patient Data
Market Report: Health Care
How to Find Pandemic Relief with the Help...
Millennial Personal Appearance and the Law
Hacking is Becoming Less Human, More Robotic
Impacting the Workplace Loneliness Epidemic
Ransomware: What It Is, How to Avoid It...
Using Technology to Increase Employment Opportunities for Veterans
How Technology Has Caused a Shift in Marketing...
Out-of-Network Follies with Health Insurance
Community Impact Awards

Serving sports teams, fans and the community since 2003, ShoreBreak Pizza & TapHouse is a championed winner for its generous involvement and outreach with Coastal Virginia organizations and charitable causes. Locally owned and operated, the lively Shore Drive sports bar and restaurant is adored by residents and visitors to Virginia Beach for its fanfare of party foods, such as pizza, wings, tacos, burgers and more; as well as its energetic ambiance with billiards, flat screen TVs and collegiate memorabilia, all in a dining space befit for family gatherings and celebrations. ShoreBreak sponsors the area’s recreational and school youth teams and clubs, donates to nonprofits through fundraisers held at its restaurant and orchestrates several of its own events while lending a hand to a noble cause.

For the last 14 years, ShoreBreak has regularly hosted “Cash-Ola Nights,” where an organization will take over the restaurant for the evening and host a fundraiser, often with silent auctions and raffles to promote their cause. At the conclusion of the evening ShoreBreak will compile all receipts from sales and donate up to 20 percent of the total proceeds gathered in the restaurant to that organization. In addition to “Cash-Ola Nights,” ShoreBreak has hosted after-parties for nonprofit events, covering the costs on pizza, beer and other beverages at the restaurant while also donating gift cards and tips. Many of these occasions are for children’s groups, including SMILE (Samantha Makes It A Little Easier), a nonprofit enhancing the lives of children affected by life-threatening conditions.

ShoreBreak also arranges benevolent pub crawls to raise funds for the Leukemia-Lymphoma Society, bringing out hundreds of do-good drinkers dressed in costumes for some well-merited fun while supporting the fight against cancer. 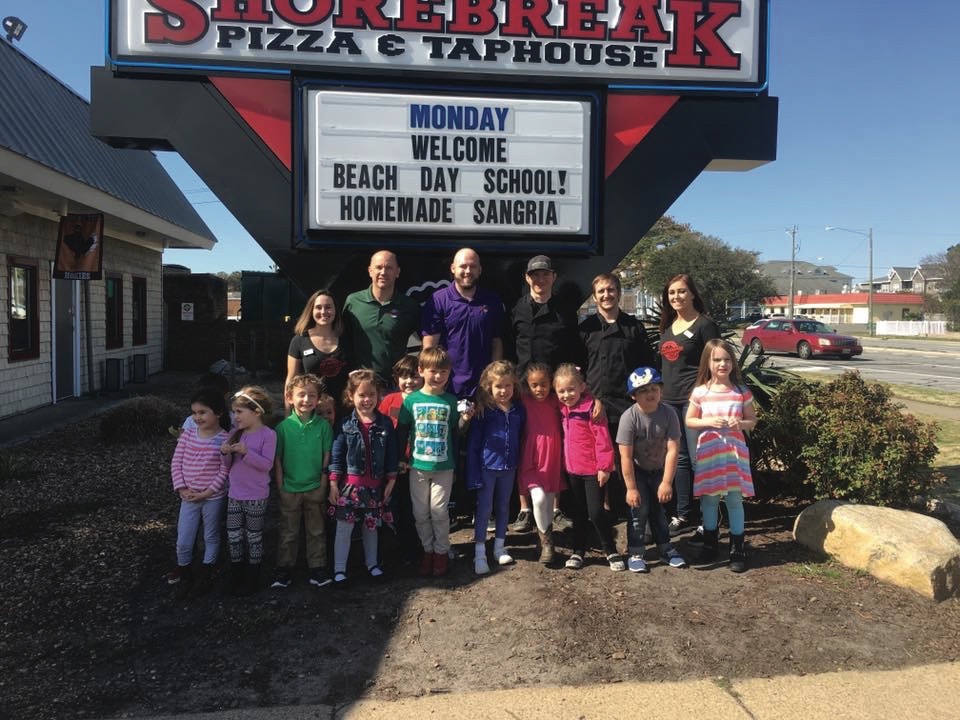 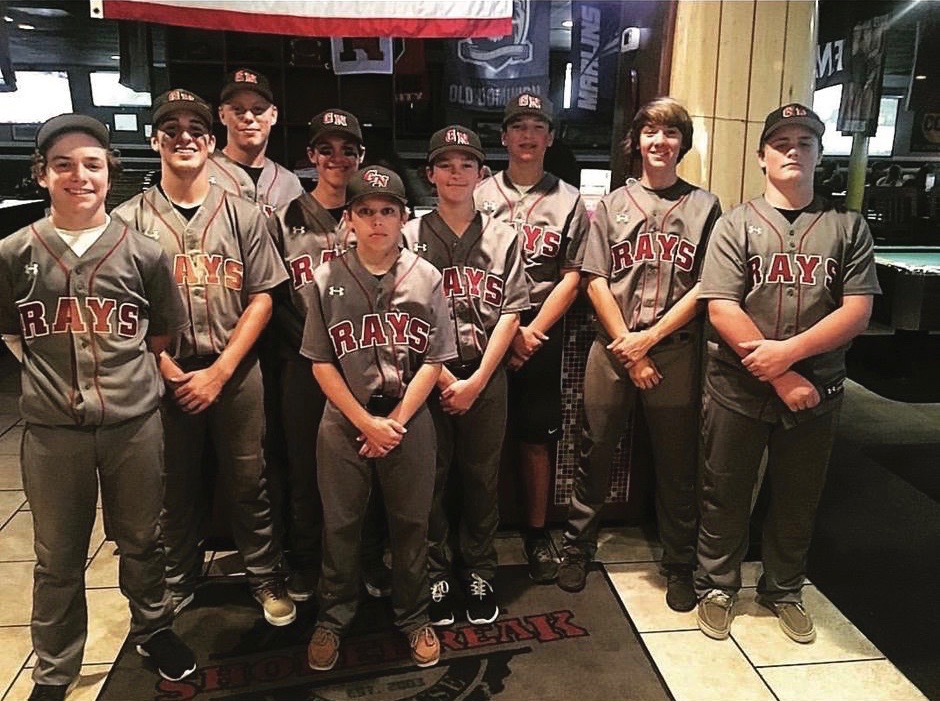 “From a personal standpoint, we as the owners, realize how lucky we are,” shares JB Maas, owner and general manager of ShoreBreak. “If there’s anything we can do to give back, we do it.” Further, Maas believes that with his role as a business leader, ShoreBreak has a certain responsibility to give back to the community that has shown the sports restaurant and bar so much kindness over the past 14 years. 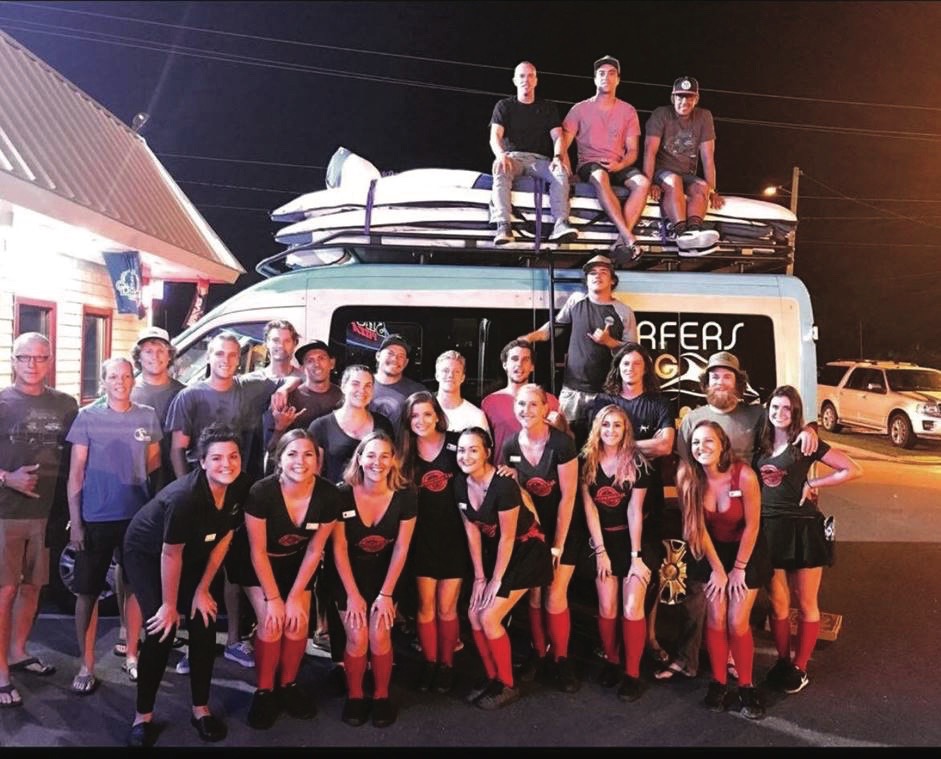 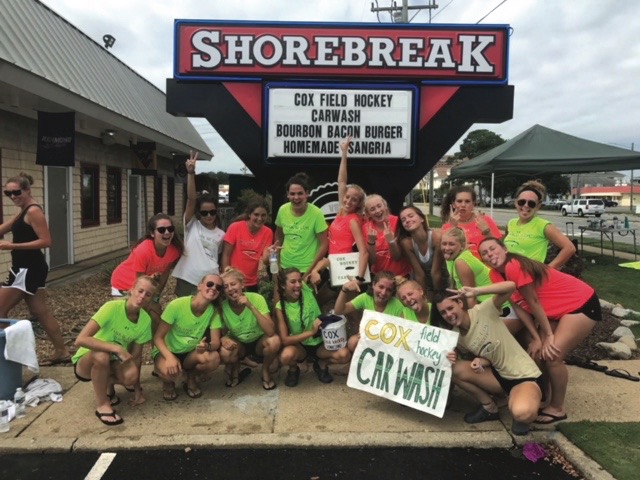 Much of ShoreBreak’s contributions put an emphasis on smaller, community-based groups, and as Maas puts, groups that have, “ties that are near and dear to our heart.” Hosting fundraisers at the restaurant creates a visceral experience for those who work at ShoreBreak as well as the group they are working with. Foremost for ShoreBreak, establishing a personal relationship with local nonprofit organizations makes for a more immediate impact on the community that is felt directly.

To our company, community impact looks like happy children.