Carrying the family’s name with the family-owned business, Howard Hanna Real Estate Services is the third largest real estate company in the United States, as they’ve helped families find their homes since 1957. Having an understanding that when someone buys a home they’re also buying a piece of the community, one of Howard Hanna’s company vision points is to extensively give back to the community and those in need through substantial donations to nonprofits and direct involvement with charitable causes.

In 1988, Howard Hanna began the company-wide fundraising campaign “Choo Choo Chow Chow,” named for making several stops, much like an express train, at daily luncheons hosted at different company branches, raising $3,500 in its first year for free care at children’s hospitals. The “Chow Chow” events have now broadened beyond luncheons to over 150 different and more elaborate events each year through the volunteer efforts of company employees and agents, donations from the community and support from the Hanna family—all of which raised over a million dollars last year for children’s free care at hospitals.

Coastal Virginia’s Howard Hanna offices have hosted several of their own “Choo Choo Chow Chow” fundraising events, including An Evening of Dining Along the Shore, a pansies flower sale, an Evening at Wells Theatre, a barbecue lunch, Strikes for Kids Bowling Party, a special pre-screening of Star Wars: The Force Awakens and a Food Truck Frenzy. “With each of these fun events, everyone has the chance to do something good—inspiring each other, family members and the community at large,” remarks Kathy Lamm, director of marketing at Howard Hanna. Local offices raised $100,000 in 2015 and another $90,000 in 2016 for the Children’s Hospital of The King’s Daughters.

Howard Hanna established the Children’s Free Care Fund Foundation 501(c)(3) in 2012 to further support the extraordinary participation and fundraising efforts during the “Choo Choo Chow Chow” events. The campaign has now raised $14 million for free care at children’s hospitals for children who are in need. Further, when Howard Hanna merged with William E. Wood and Associates, REALTORS® in 2014, the companies combined their charitable deeds for causes under the 501(c)(3) William E. Wood and Associates Foundation. The foundation’s largest fundraising event is the Howard Hanna William E. Wood Charity Golf Tournament, with the most recent 31st annual tournament held in September at Sewells Point Golf Course at Naval Station Norfolk. 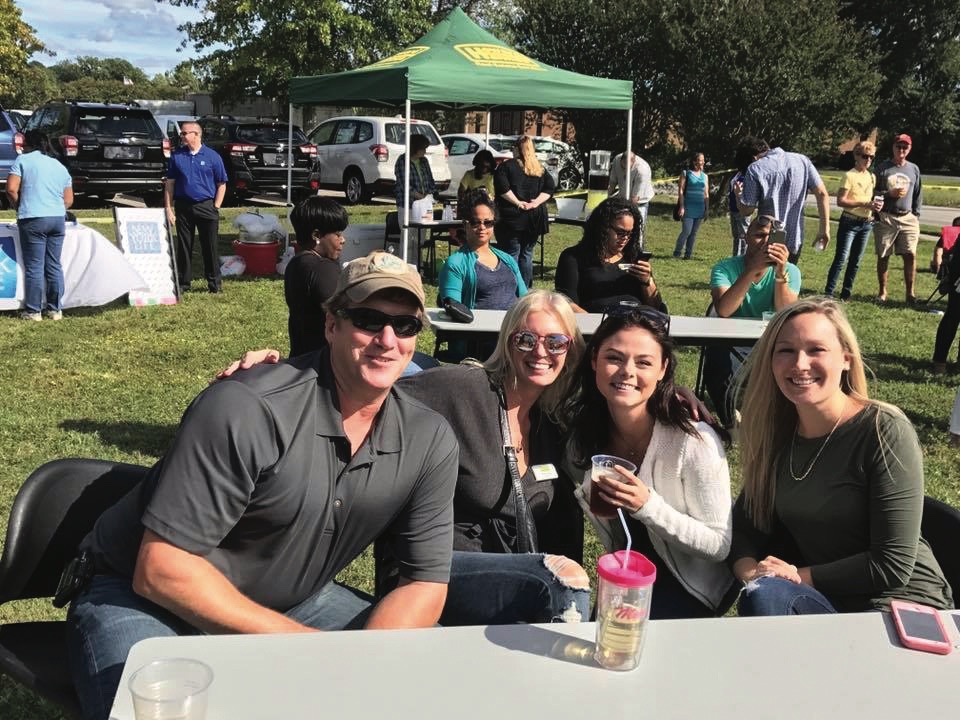 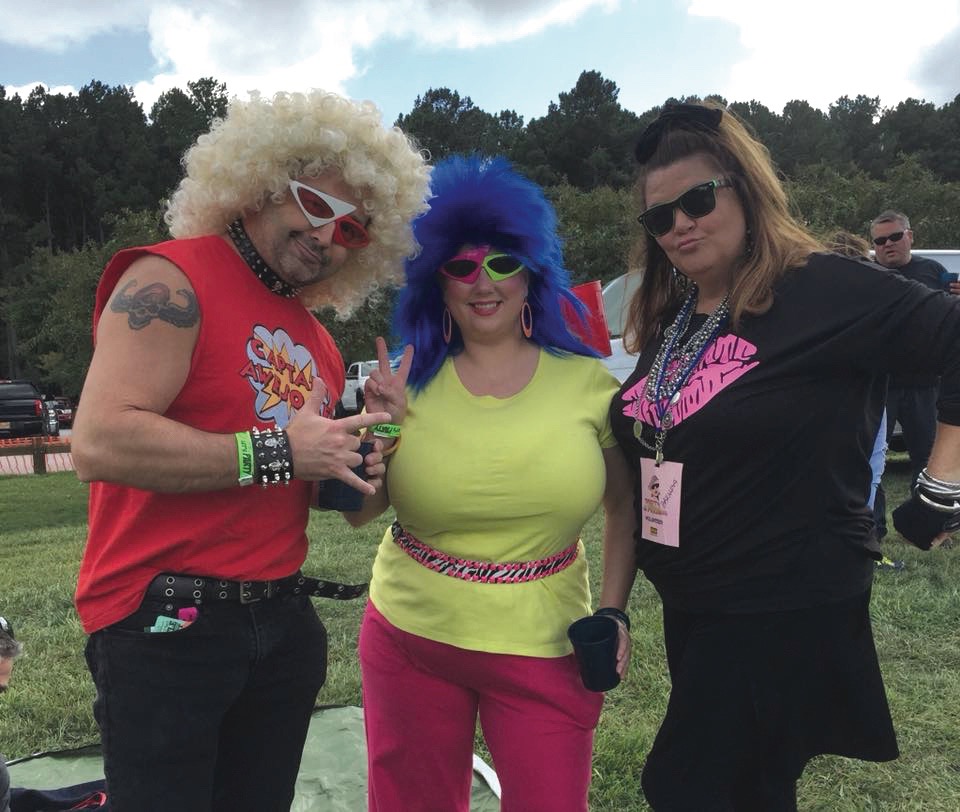 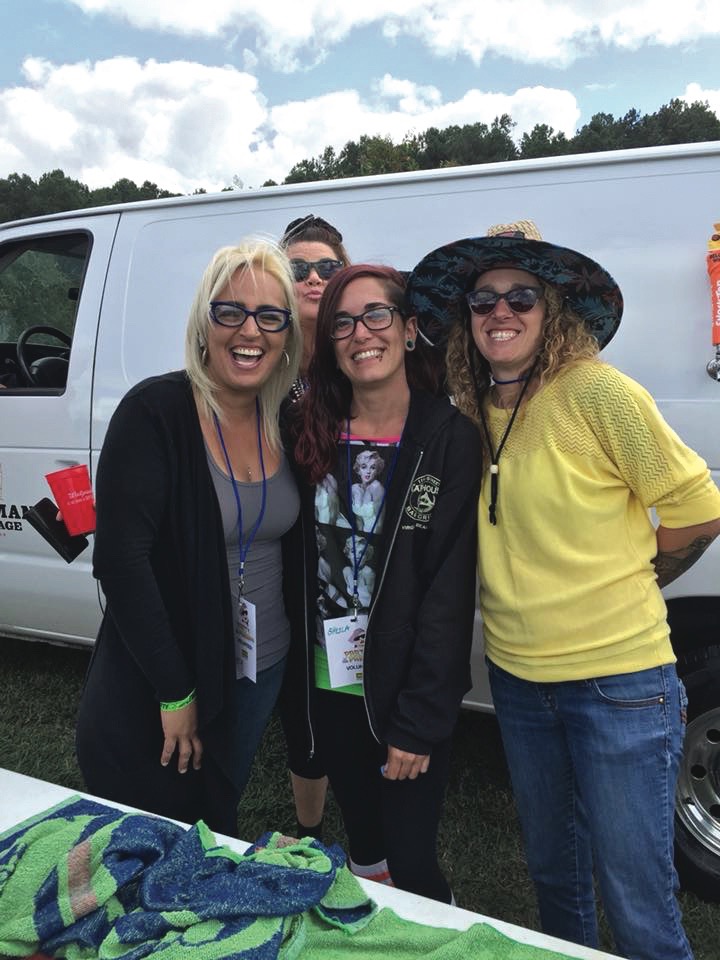 No matter how dire the circumstance, the Howard Hanna team steps up and takes action. “One of the vision points is to give back to those in need, and so we take that very seriously as a company and as a culture of a company,” says Chairman and CEO Howard W. “Hoddy” Hanna, III. His mother raised him with the belief, “If you have any success in life, you’ve got to give back.” Much of the company’s focus has been specific to the missions of education and healthcare support, which has been carried over through the work of his sisters, Chief Executive Officer Helen Hanna Casey and Executive Vice President and Chief Operating Officer Annie Hanna Cestra.

For Hanna, having a passion for a cause comes from personal engagement with a nonprofit and a realization of their involvement with the community. “As a leader, if you feel that commitment, then I think that commitment will resonate to the rest of the team.”

Notably, supporting the Children’s Hospital of the King’s Daughters has been surmounted with an immense response from the volunteers at Howard Hanna. “They meet the children, and they meet the parents of the children, and they feel connected because they’ve had a child, friend, neighbor, sister, brother who’s going through the same challenges,” shares Gail H. Coleman, president of the Southeastern Region of Howard Hanna. “They see the good that’s been done, and they want to be a part of it.” From there, it resonates universally. “Once people get involved at that level, they want to move heaven and earth to help.”

Unmistakably, this is the greatest outlier for Hanna too. “The faces of families and kids we visit in the hospitals, that’s my most impactful experience.”

To our company, community impact looks like Howard Hanna agents, managers and staff donating their time and talent to raising money for the Howard Hanna Children’s Free Care Fund, which raises money for sick children without insurance, or when insurance doesn’t pay, to be treated at hospitals.