Since founding Cookie Text six years ago, Jeanne Fiocca began a sweet mission to deliver all natural, baked-to-order cookies featuring a special message. Customers choose their flavor—brownie, chocolate chip, oatmeal chocolate chip, oatmeal raisin, sugar or peanut butter—and then share whatever message they want their cookie to say, whether it’s “Happy Birthday,” “You Rock” or “We love you. Now turn off Netflix and study!”

With the launch of her business, Fiocca started another sweet mission: impacting change not only in their own backyard but in other parts of the globe as well. “I’ve created a business where I could be a giver, and now I can give anybody I want cookies,” she laughs. “It’s who I am, so it’s inherent it would be part of the company I created.” 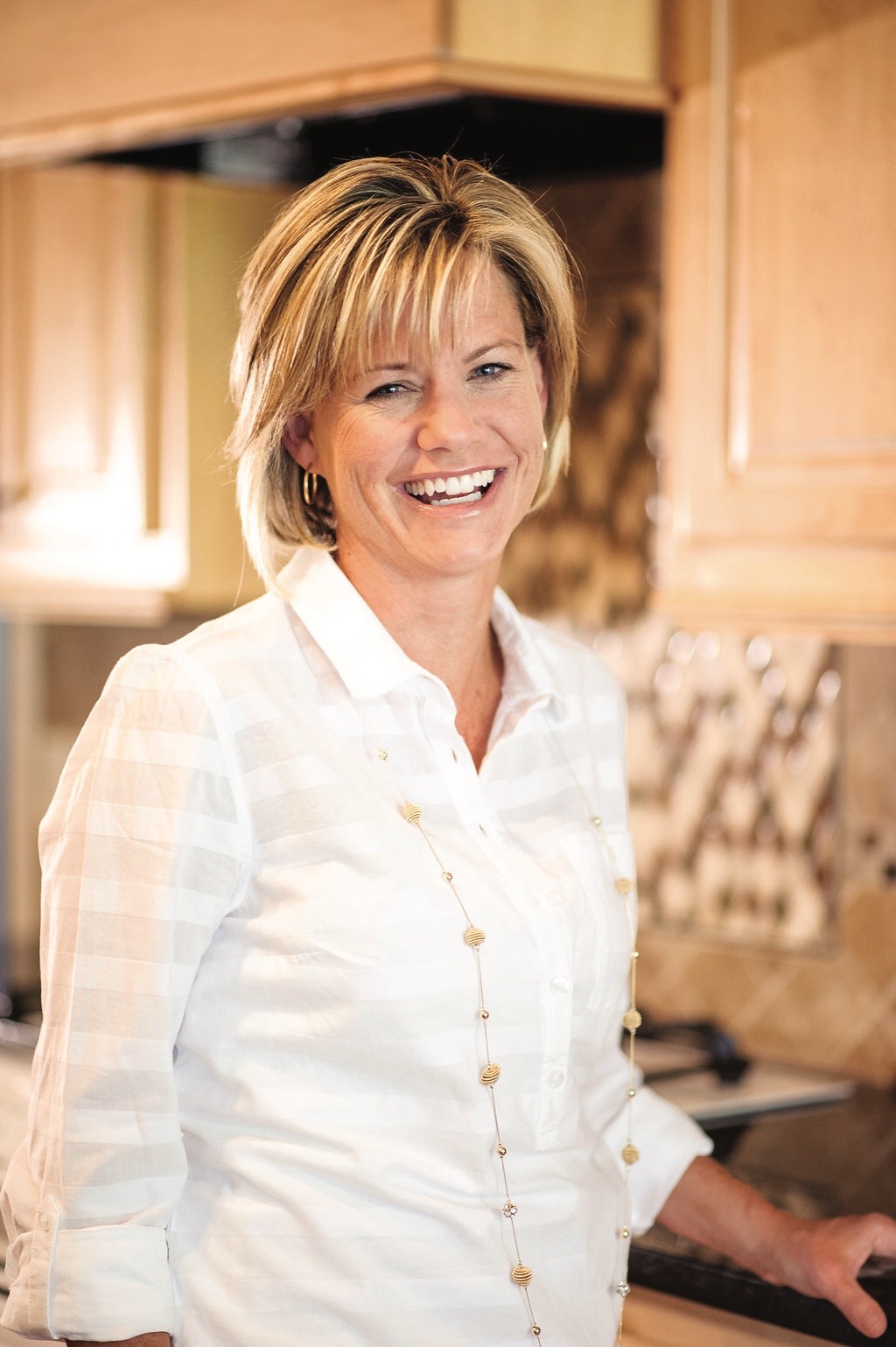 One moment of giving that stands out for Fiocca is when she learned of a mom in the community that had died in her sleep. Fiocca did what she does best: make and send a cookie to the family. “You’re always like, ‘What the heck do you say?’” she describes. So, she said this on the cookie: “Well, that was just the worst Wednesday ever.” Fiocca later received a thank-you card from the dad, saying that they all talked about how the cookie’s sentiment was spot on—it really was the worst Wednesday ever. “That just stands out as a time that I know we really reached somebody,” Fiocca says. “They felt like, ‘Oh, somebody gets it.’”

Much of the company’s philanthropic efforts are geared toward education. “It’s what’s near and dear to the hearts of the people that work with us,” Fiocca explains. “We’re all a group of at-home moms and all have kids in school.” Cookie Text supports local schools by working together with the York Foundation for Public Education to welcome new staff each year and provide gifts for those students recognized for their achievements at monthly schoolboard meetings. They provide sweet treats to educators and mentorship opportunities to students wanting to learn more about small business and entrepreneurship. 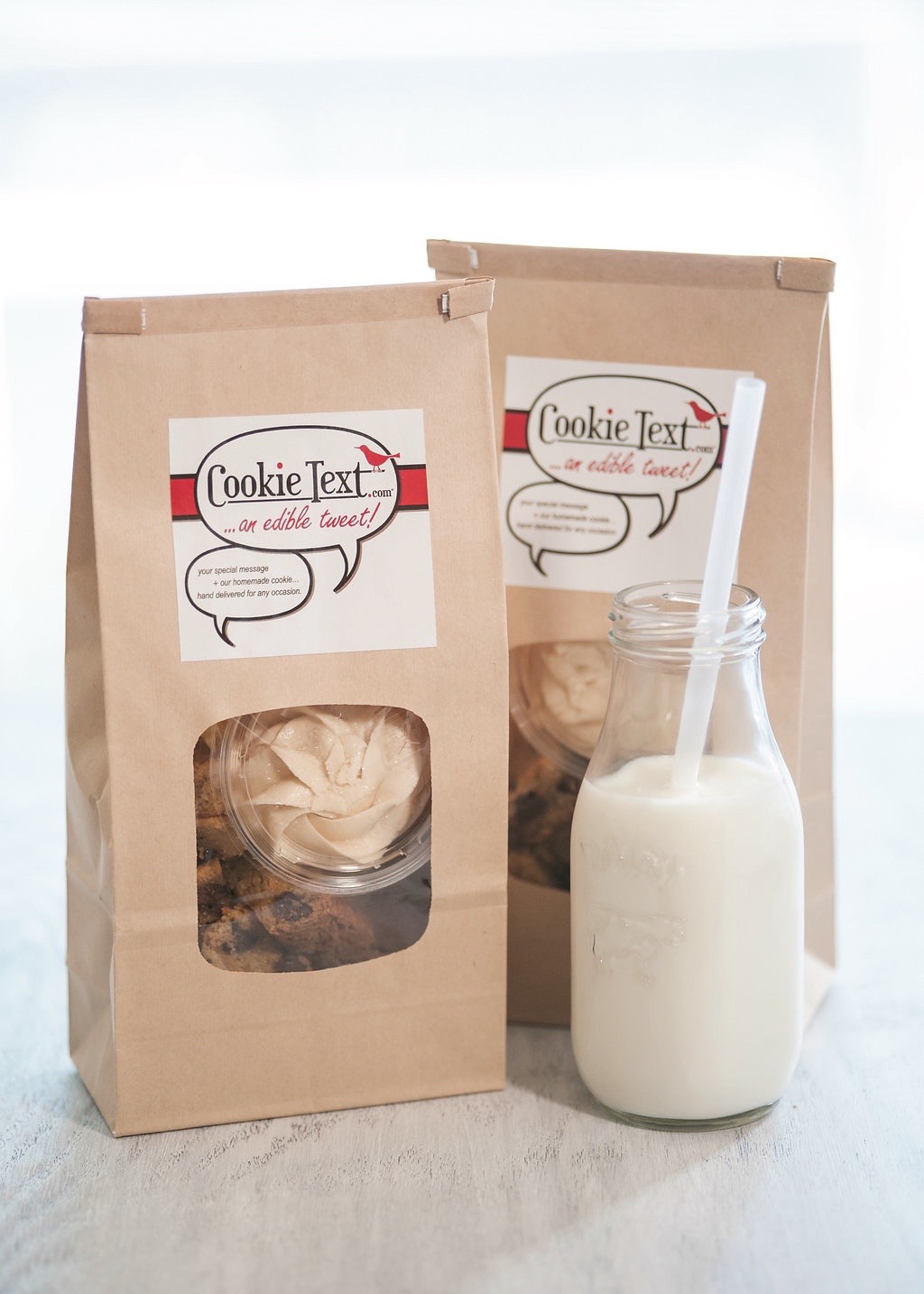 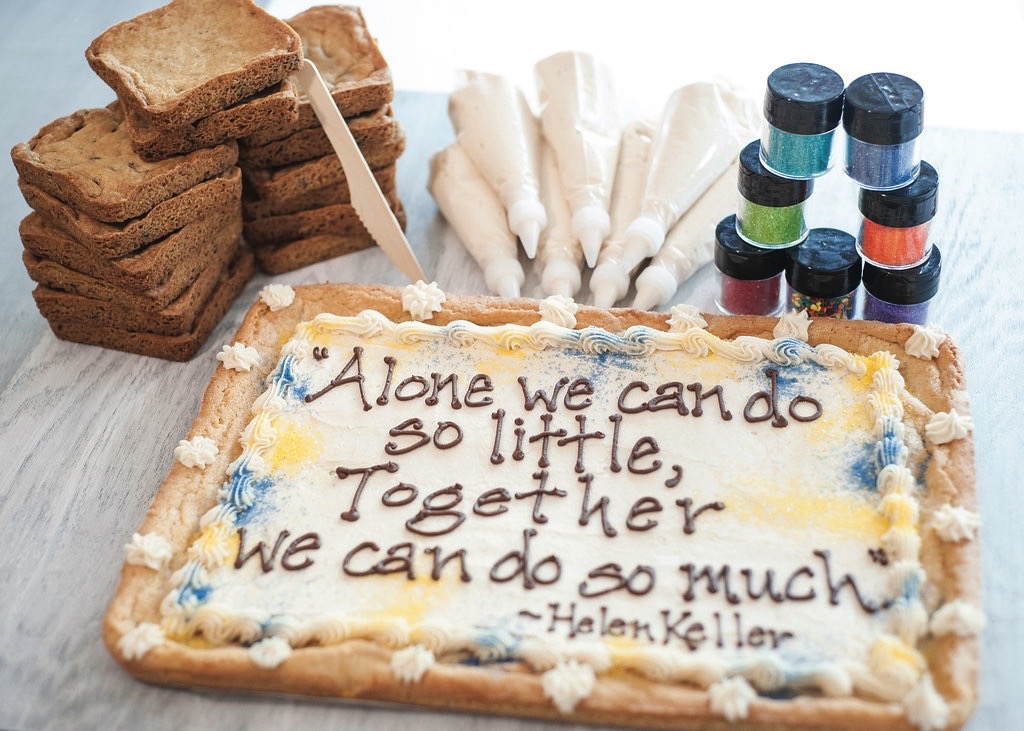 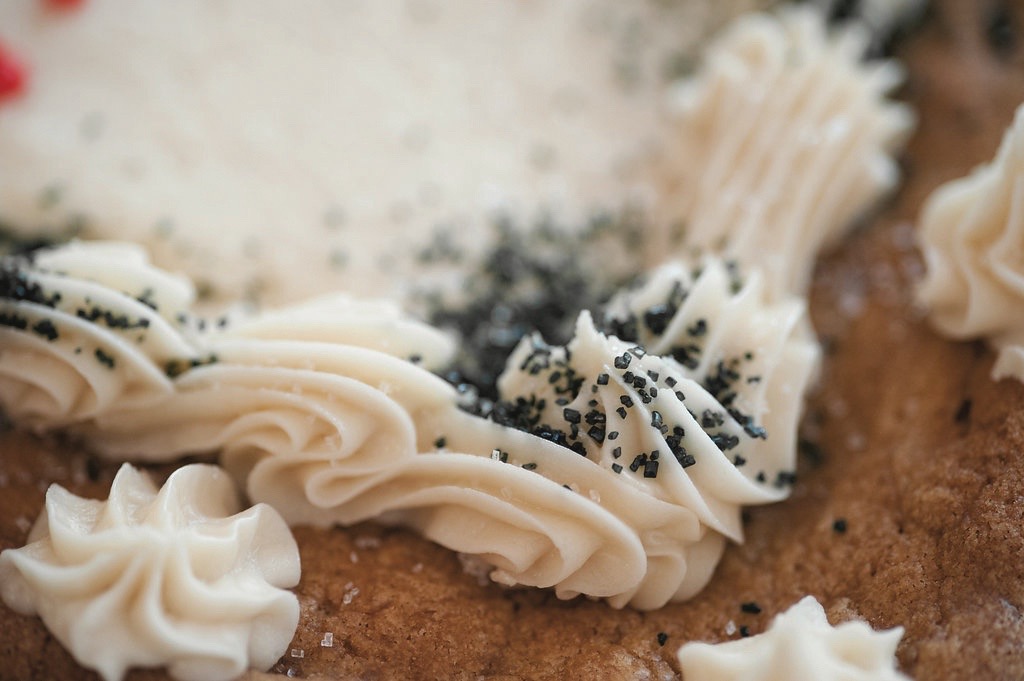 Cookie Text also gets out in the community, speaking to students about entrepreneurship, attending career fairs and participating in events like Tastefully Yours, the Virginia Peninsula Foodbank’s largest fundraiser; the Brewer’s Ball for Cystic Fibrosis Foundation; and the Virginia Living Museum Bacchus Food and Wine Festival.

“Each week there’s something coming out of this kitchen that is going to try to make a difference and brighten somebody’s day,” Fiocca says. “We’re always looking for ways to make a tiny difference.” 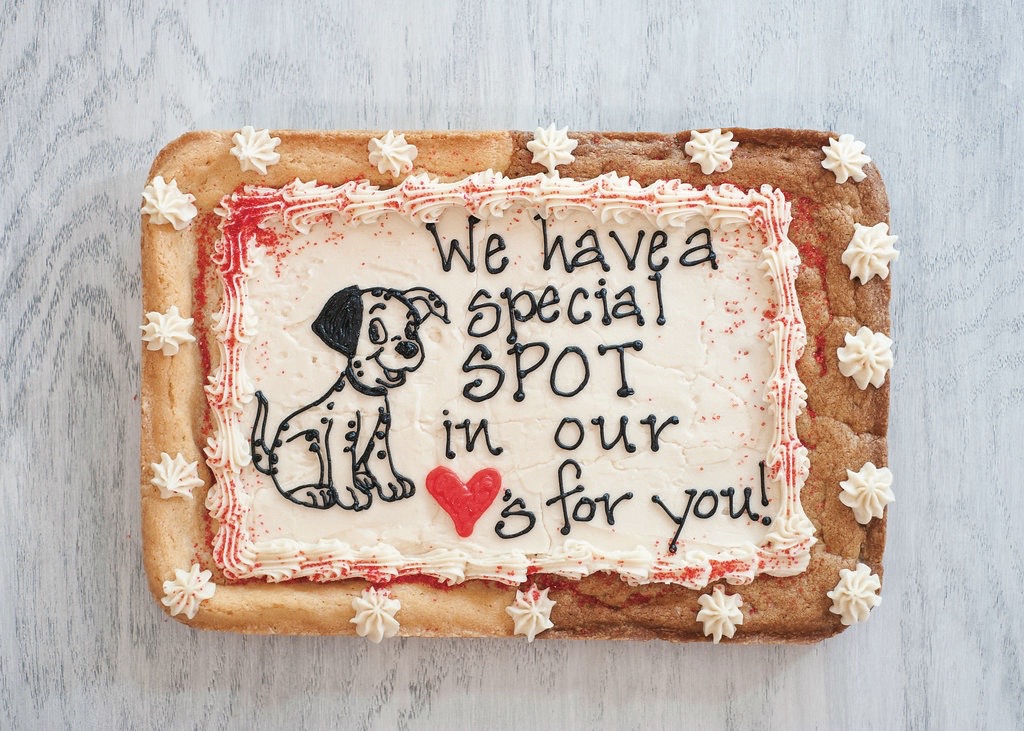 To our company, community impact looks like that story about the thousands of sea stars stranded on the beach, where the young man is picking them up one by one and tossing them back into the ocean. The naysayer says to him that there are so many sea stars, that his efforts don’t matter, there will still be thousands of them left on the beach. The young man picks up a sea star, tosses it into the ocean and says, “It mattered to that one.” Sure, we are just a small company, and most of our donations and participation is in the form of cookies. Cookies are small, and we won’t tackle any big problem all by ourselves, but one by one, our little cookies can make a difference. We believe that they have.