In early July, the ViBe Creative District nonprofit announced it was seeking three young artists, ages 18–22, to complete three different temporary wall murals within the arts district. The artists were challenged to design a concept that included the words “Building A Better Community” and referenced projects currently underway in the district, including road infrastructure, an urban garden tour and redevelopment or local architecture. All three of the artists selected reside in Virginia Beach and are students at Tidewater Community College, Virginia Wesleyan University and the University of Pennsylvania. 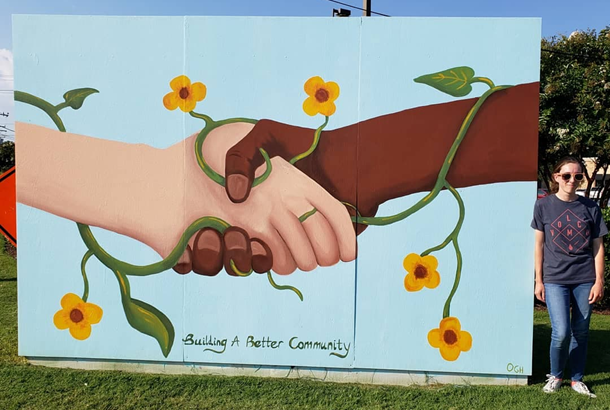 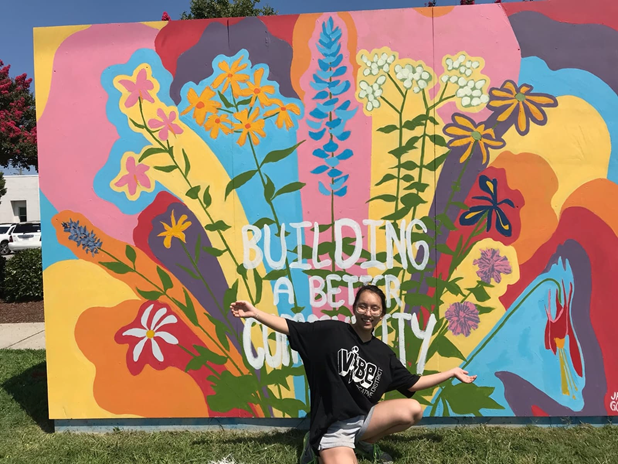 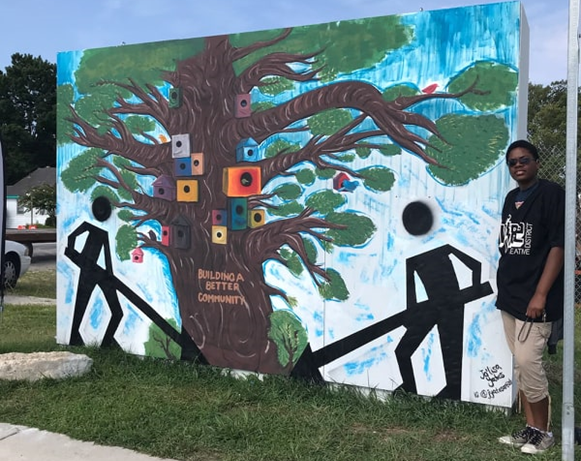 The idea for this project was born from the district’s small business community and concerns about the infrastructure projects on 19th street. “When people drive through the district right now, they see a lot of road debris, orange cones and heavy machinery, which can be off-putting,” says ViBe Executive Director Kate Pittman. “We want to remind them that they are also seeing significant progress as we work with the City of Virginia Beach to build a dynamic, cultural neighborhood.”