Trending Now
From Livable to Luxurious
Protecting Patient Data
Market Report: Health Care
How to Find Pandemic Relief with the Help...
Millennial Personal Appearance and the Law
Hacking is Becoming Less Human, More Robotic
Impacting the Workplace Loneliness Epidemic
Ransomware: What It Is, How to Avoid It...
Using Technology to Increase Employment Opportunities for Veterans
How Technology Has Caused a Shift in Marketing...
At Home

Operation Smile Founders Bill And Kathy Magee Give Thanks For The Caring Community They Established While Building The Largest, Volunteer-Based Medical Organization In The World

Bill and Kathy Magee’s 8-year-old grandson serves homemade grilled cheese sandwiches on the outdoor flagstone patio of the couple’s century-old Algonquin home. The three indulge in the warm familiarity of the beloved childhood delicacy while overlooking the backyard, complete with a miniature putting green, fire pit, tree swings and a dock that extends into the nearby waters of the Lafayette River. Thirty-five years ago, this very same lawn hosted nearly 1,000 people from all over the Coastal Virginia community to fundraise for what would later become the largest, volunteer-based medical charity in the world: Operation Smile.

Just four years after moving themselves and their five children to Norfolk in 1978, William P. Magee, D.D.S, M.D. and Kathleen S. Magee, B.S.N., M.Ed., M.S.W. co-founded Operation Smile respectively as CEO and president after having traveled to Naga City in the Philippines and being exposed to the immense need for pediatric reconstructive surgeries in third-world countries. Operation Smile now has a presence in 60 countries and is responsible for the success of thousands of corrective surgeries for children suffering from cleft palate and cleft lip. As Bill and Kathy reminisce about the tremendous amount of people that once filled their backyard all those years ago, they realize that the fundraiser hadn’t been about money at all but establishing a community based on love, trust and a fierce passion for improving the lives of our world’s children. 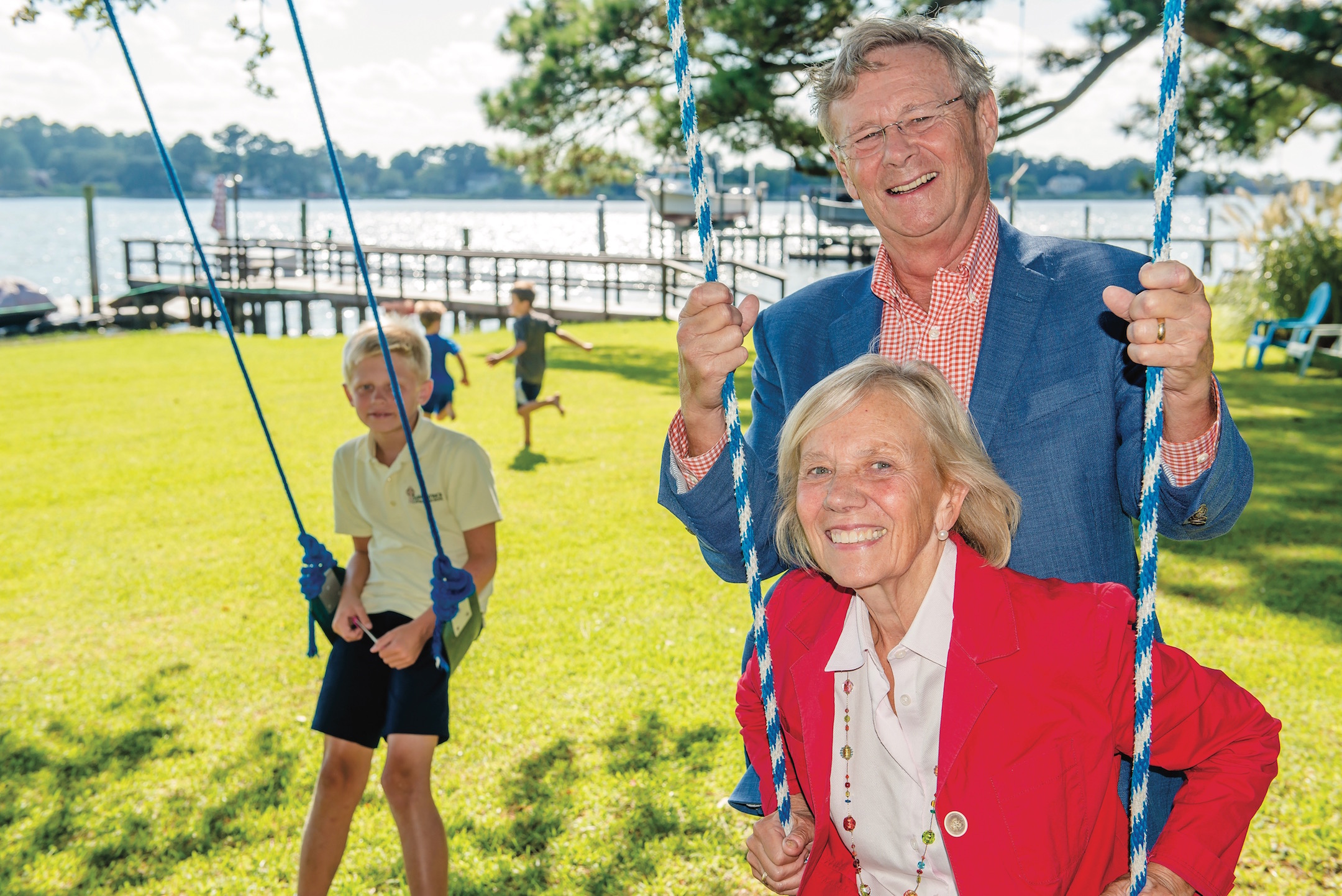 For the Magees, family is paramount. The afternoon sun beams through the floor-to-ceiling windows that line the back of their home, an upgrade the couple made shortly after moving in, and illuminates the seemingly endless photo collages that adorn every wall in the foyer, sitting rooms and hallways. From old family photos, senior portraits and shots of a family bike trip through the South of France to memorabilia from Operation Smile’s landmark World Journey of Hope mission in 1999, the extraordinary life of the Magees is truly written on these walls.

Bill and Kathy note that their home has always been, and continues to be, the gathering place for friends and family. They remember their kids spending hours out on the river with their friends, crabbing, waterskiing or engineering motorized rafts. “The water very much became a part of our every day,” Kathleen says fondly. After spending nearly every summer by a lake in New Jersey with his 11 siblings, Bill was thrilled to see his children share in his love for the water. The water’s allure not only occupied the fleeting attention of their children but for years has attracted a plethora of visitors from oceans away.

As Operation Smile’s reach expanded, surgeons began to witness a greater number of children suffering from severe and sometimes life-threatening facial deformities. With a passion for people and a steadfast belief in the power of medicine, Bill and Kathy welcomed these children, crippled by infections, tumors and malformations, into their home with open arms. For weeks at a time, the Magees would house patients and their families while they underwent surgery and the slow process of recovery. “We as parents know how those parents feel. They’re desperate for our help,” Kathy says.

Neighbors and other community members quickly followed suit and opened their homes to needy children from around the world. Bill and Kathy believe that the compassion and support of the Tidewater community has been crucial to the success of Operation Smile. “Basically everything came out of here, whether it was the Children’s Hospital of The King’s Daughters, Sentara, [Eastern Virginia Medical School] or the student clubs started at [Old Dominion University] and our local high schools,” Kathy says proudly. “This community built this organization, and they should be so proud.” 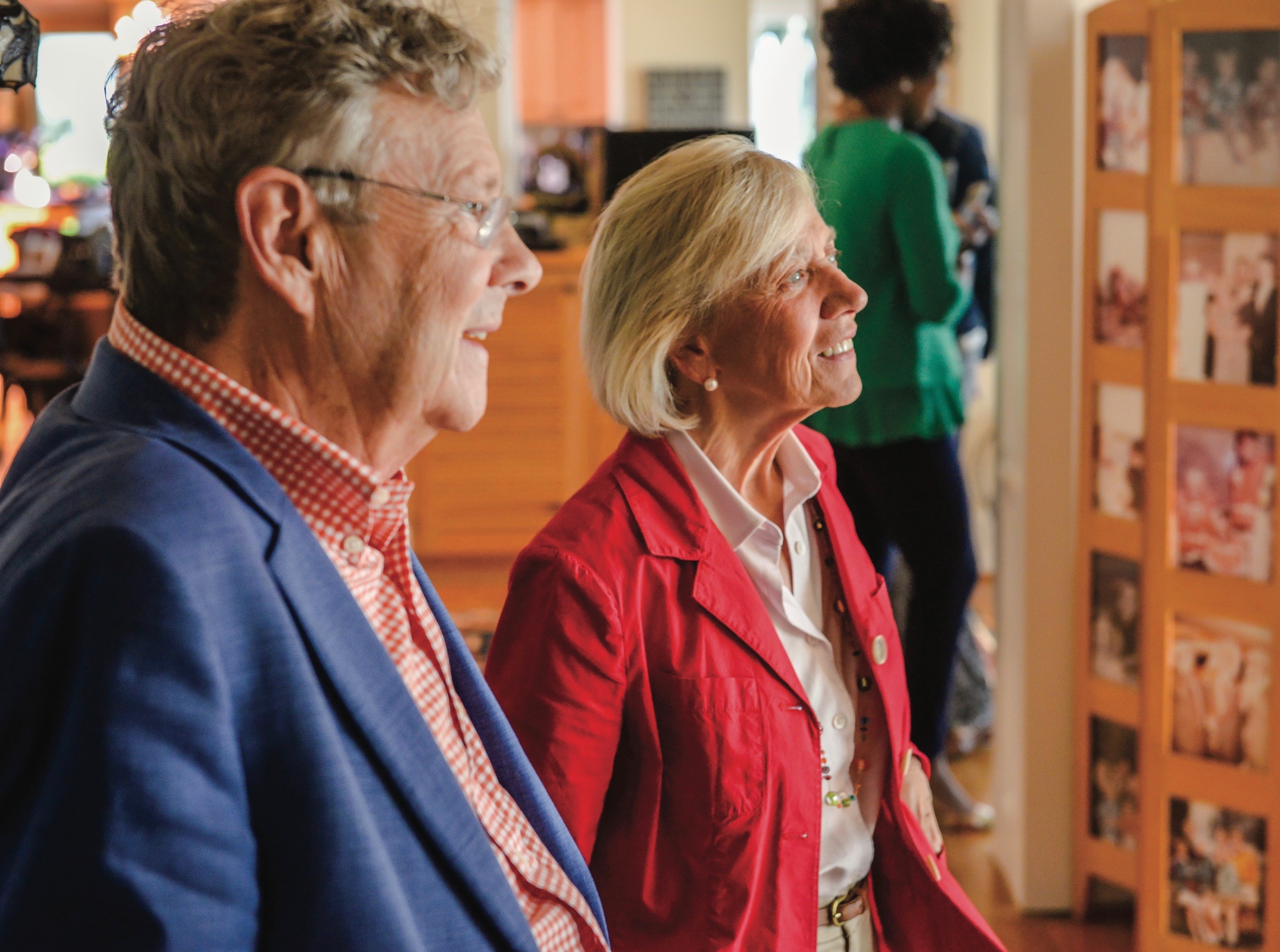 A Platform for Growth

Risk and positivity: the two components Bill insists are essential for success and growth. Luckily for the Magees, they are well versed in both. Bill and Kathy are self-proclaimed risk takers and pride themselves in their adaptability. Bill remembers one of the first big risks he and Kathy took as a family in 1975 when the opportunity arose for Bill to study in Paris with one of the biggest names in the craniofacial profession, Dr. Paul Tessier. “We didn’t have any money, and we had four kids under the age of 5 with a fifth on the way. That didn’t bother us though. So, I think by nature we weren’t afraid of the unknown.”

Their willingness to embrace the unknown and have faith in positive consequence proved fundamental for the triumph of Operation Smile’s 1999 World Journey of Hope. Bill radically proposed the World Journey of Hope as a nine-week medical mission to 18 different countries with a surgery goal of 5,000. The couple claims that while the treatment goal appeared lofty, it was undoubtedly possible. This kind of risk is often referred to by the couple and the organization as a big, hairy, audacious goal, a phrase Bill adopted from Jim Collins and Jerry Porras’ book, Built to Last. “You have to do things that are outside the box, that intuitively you feel will work, but you can’t prove that they will,” explains Bill. “It’s important to stress your organization so that it develops a platform that’s ready for growth. If you don’t do it before you grow, then you’ll fail.”

As angst and tension built around Bill’s proposal, so did the need for money. Refusing to let Operation Smile’s lack of capital stand in the way of improving the lives of 5,000 children, Bill trudged forward and ultimately received the remaining 7 million dollars needed to fund the World Journey of Hope just two weeks prior to the presentation of the proposal to the Board of Directors. Bill and Kathy’s risk paid off. The World Journey of Hope surpassed its treatment goal, successfully operating on 5,300 children, and established 40 in-country recovery sites for long-term patients. “That was our theory of what would happen, but we couldn’t prove it,” explains Bill.

Since their revolutionary mission in 1999, Operation Smile continues to say yes to risk, allowing the organization to grow immensely and drastically improve the quality of care within the 60 countries currently partnered with Operation Smile. To commemorate Operation Smile’s 35th anniversary, the organization plans to establish a new platform by elevating the safety standards of hospitals in Nicaragua and Vietnam. “There’s a tremendous need for safe surgery in our world. Through the cleft child, we can establish standards, and almost by osmosis, people will follow them,” explains Bill. “[These standards don’t] denigrate or slow down the amount of kids you’re taking care of. In fact, it accelerates it, so now we have responsibility for that acceleration.”

There is Always a Solution

“You might think it doesn’t matter,” says Kathy through welling tears, “but it’s a life.”

When asked to share her proudest moment with Operation Smile, the image of a starving, 7-day old Vietnamese baby with a severe palate and cleft up to her eye immediately arises in Kathy’s mind. Hours before the Operation Smile team was to wrap up their mission in Vietnam, a hysterical mother pulled on Kathy’s arm, begging her to save her child. The baby’s deformity was so extreme that the child could not eat and was sure to die from starvation. With limited time and resources, Bill suggested placing an operator, a plastic dental appliance that allows a child to eat, into the baby’s mouth. “That was the last thing we did before we left the mission’s site,” Kathy remembers.

“We went back [to Vietnam] the next year and that [baby] was the first kid we saw,” Kathy cries. “A plump, little Vietnamese kid with her mom, smiling. Those are the proud times for us.” 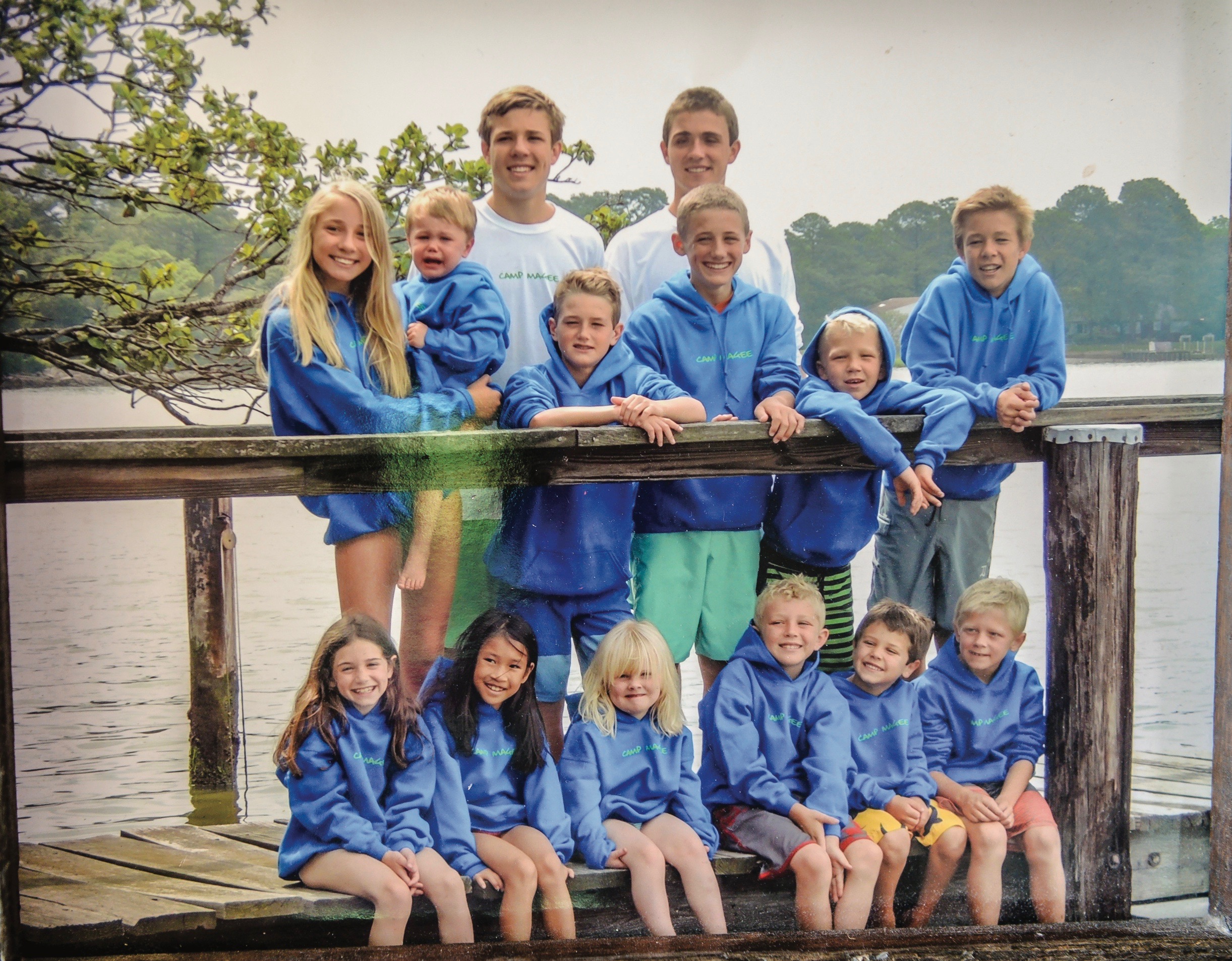 Looking to the Future

Returning to the sunny afternoon spent on their outdoor patio, Bill and Kathy share their excitement about their upcoming 50 wedding anniversary and plans for the future. Bill recently retired from his 38-year career with the Plastic Surgery Practice in Norfolk, describing it as one of the most difficult decisions he has ever made in his life. The sadness of bidding farewell to fellow surgeons and long-term patients was quickly replaced by his and Kathy’s eagerness to spend more time as a family.

The Magee family recently wrapped up their fifth consecutive year of Camp Magee, a weeklong family summer camp that encourages teamwork and leadership. “We just barrel through one thing after the next all day for an entire week. I ask the moms to stay back because they have too many rules for me,” Kathy jokes.

Kathy explains that the oldest grandchildren run the camp and are responsible for the distribution of camp awards. “Everyone gets awards for different things,” she says. “Leadership, teamwork and then there’s Camper of the Year, and that’s just unbelievable.” With their three sons, two daughters and 14 grandchildren living all over the United States, Camp Magee is a great way to bring their family home again.

Bill and Kathy also hope to spend more time in the countries they feel need the most help from Operation Smile. They aren’t ready to stop challenging themselves or the world to elevate its standards of medical care. “The second you stay the same, you’re going backward,” says Bill. “You can’t be satisfied with what you did yesterday.”

Operation Smile will host its 35th anniversary gala on Friday, Nov. 17 at Hilton Norfolk The Main. The organization is thrilled to celebrate 35 years of helping children around the world with the support of the Virginia community where Operation Smile makes its home. Further information regarding the event and ticket prices can be found at OperationSmile.org/35thAnniversary.