It was 1992, and Tom McGrath had been practicing personal injury law for several years. He was also a seasoned motorcyclist. McGrath learned that motorcyclists in Virginia were being denied access to the High Occupancy Vehicle (HOV) lanes. Upon investigation, he determined that this policy was a violation of federal law. McGrath took on the fight to open the HOV lanes to motorcyclists and won—a major victory for Virginia motorcyclists’ rights. That effort made McGrath realize that the CoVa motorcycle community was not being well catered to. He decided to combine his passion for motorcycling with his skills as an experienced personal injury attorney and founded the Motorcycle Law Group.

McGrath ran his practice as a one-man law firm in Newport News for several years, but eventually the needs of his clients caused him to look for a second attorney. He didn’t want just anyone, though. McGrath recognized the benefits of an experienced rider representing motorcycle clients, and he wanted to continue to serve his clients in this unique and personal way. That’s when McGrath reached out to Matt Danielson. McGrath had done work with Danielson’s father, who was a private investigator. He knew that Danielson was an avid motorcyclist, as well as an experienced prosecutor in Newport News.

“Tom called me and told me that if I came to the firm, I could practice law and ride my bike, and when I wasn’t in court I’d be in jeans and boots,” Danielson says. “My dad had always told me, ’If it sounds too good to be true, it probably is.’ Fortunately, this was the one time my dad was not right.”

Danielson came on board at the firm in 2003. In 2007, Danielson was made partner, and he moved to the Richmond office. His absence in Newport News created an opening for another attorney. Danielson hired Liz Sorrell, a prosecutor he had worked with who was also a rider. Sorrell represented clients at the Newport News office, as well as clients in North Carolina, where she is also licensed.

In 2008, the city of Myrtle Beach passed several anti-motorcycle ordinances, targeting the annual Bike Week that takes place there. McGrath was licensed in South Carolina, and he took it upon himself to challenge the ordinances. He brought the issue to the Supreme Court of South Carolina, which overturned the unfair laws.

After that, the Motorcycle Law Group began receiving many requests for representation from South Carolina motorcyclists. They hired Chad Fuller, an avid rider and experienced South Carolina personal injury attorney, to run an office in Cayce, S.C.

The firm is now McGrath, Danielson, Sorrell & Fuller. Known as “the firm that rides,” the group takes pride in the personal touch they offer their clients, as well as the unique perspective they offer from the motorcycle seat. 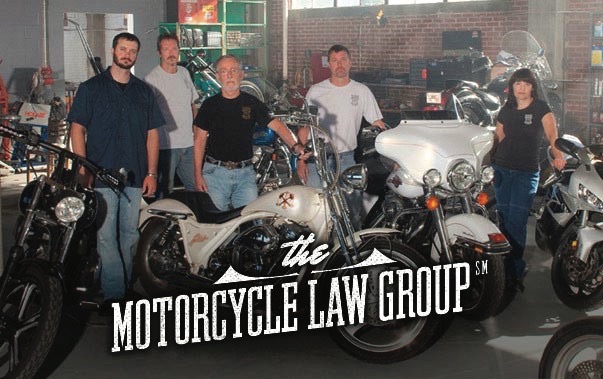 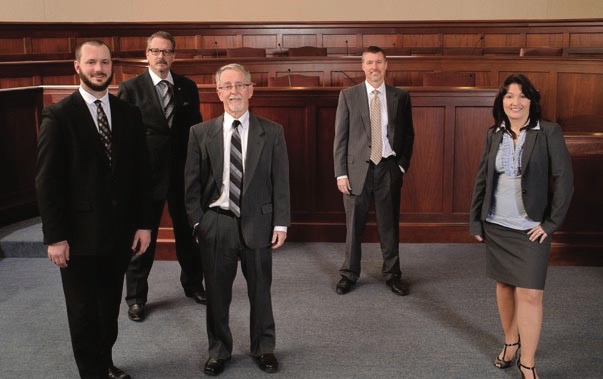 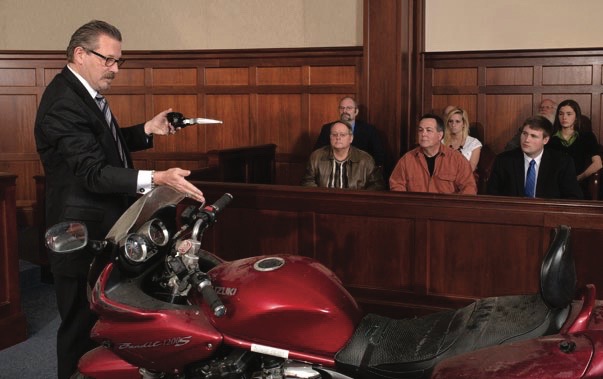 “You cannot practice law at our firm if you don’t ride. We have this requirement because we really believe that you are better able to understand and explain someone’s story when you are personally familiar with it,” says Danielson. “We have been crowded out of lanes. We can explain how a motorcycle has less stopping power because we know from experience.”

Aside from their main practice areas, the firm has recently begun taking cases in Georgia. Eventually, Danielson says, they will need to take on more attorneys to handle the caseload. As always, the key will be finding the right fit. McGrath, Danielson, Sorrell & Fuller has always been a smaller firm with a family feel, and Danielson says he plans to keep it that way.

“I’ve never had to bill an hour, and I have no intention of doing so,” Danielson says.

That family feel carries over to the firm’s relationship with their clients as well, as decisions are always made with the best interest of clients in mind. “We always base everything on what’s best for the client,” Danielson says. “Has that cost us money? Yes, probably. But we’ve been doing things the right way since we started, and karma has been with us. We have never operated selfishly and never will.”

Their dedication to serving clients well, along with their expertise as riders, has boded well for the Motorcycle Law Group. In fact, the attorneys have recently taken on and won several cases that were initially turned down by larger firms.

Winning cases for injured motorcyclists presents some unique challenges. While juries are not as biased against bikers as they have been in the past, there can still be a stigma associated with riding. Some people view motorcycles as inherently dangerous and see bikers as partially responsible for taking on the risks of riding. Moreover, certain types of bikes can trigger bias in people. For instance, sometimes people assume that a biker on a sport bike was probably hot rodding or speeding.

Fortunately, McGrath, Danielson, Sorrell & Fuller have plenty of experience in this arena. They have a thorough list of questions they use when evaluating potential jurors to ensure they will be able to apply the law fairly.

Insurance companies can present challenges as well. For instance, a common defense is often that no contact was made between the motorcycle and the at-fault vehicle in the accident. However, the attorneys at the Motorcycle Law Firm understand that motorcyclists are taught to look for escape routes when an accident is imminent. Thus, they can confidently explain that just because no contact was made, it does not mean that another driver was not responsible for the motorcyclist’s injuries.

“There are certainly some hurdles you have to get over to win motorcycle cases,” Danielson says. “And sometimes we take on cases with a lot of downside—cases other firms reject because they have less chance of being profitable. But sometimes you see someone that needs help, and you give it a shot. We’ve been able to turn a lot of those cases around for our clients.”

Battling the Cost of Prescription Meds in Hampton Roads