When an imaginative inventor or an enterprising business has a concept for a product they’d like to create, 3DXtremes is able to bring their vision to life through 3D modeling, 3D printing and production. The Norfolk-based business was founded to simplify the prototyping process and make it more affordable with the use of cutting-edge technology.

3DXtremes was established in 2016 by Blade Taylor and Bryce Cahoon, who respectively studied marketing and mechanical engineering at ODU. Initially Taylor intended to develop his own product, but the dilemmas in the manufacturing industry were incessant. As an inventor, Taylor found the market to be inaccessible, as companies couldn’t explain how or what process would be involved in creating his product, how long it would take and how much it would cost. As 3D printing emerged in the consumer market, Taylor acquired his own machine so he could create his own product as he familiarized himself with the technology. Soon, he realized the parameters involved in developing his ideas since so many concepts were already patent protected. Instead, in an effort to mitigate manufacturing difficulties, he used his skillset to help others design and print their product so they could test and validate their own concept with 3DXtremes.

Most of 3DXtremes’ clientele consists of private inventors from a variety of industries and backgrounds with napkin-sketch concepts that the company can create into something physical and available on the market. It can be items associated with the medical field, push-up devices for the fitness industry, parts for a shower and any other odds and ends. “It’s pretty interesting to see some of the wild and crazy cool ideas that come through the door,” Taylor exclaims. 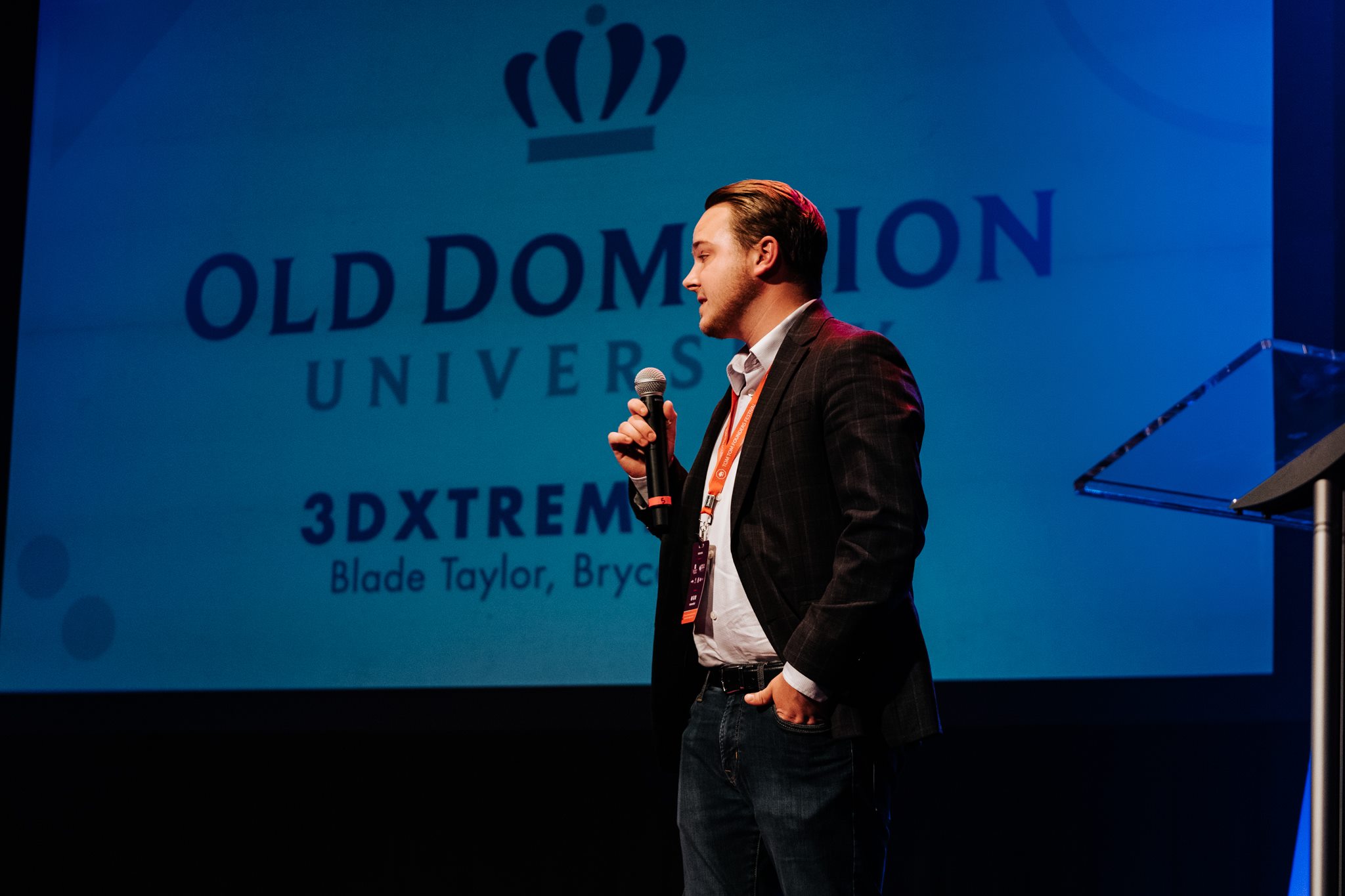 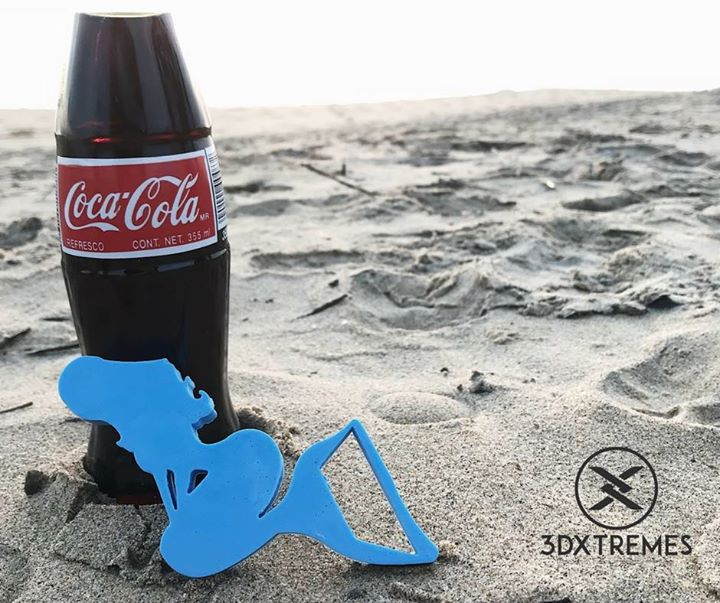 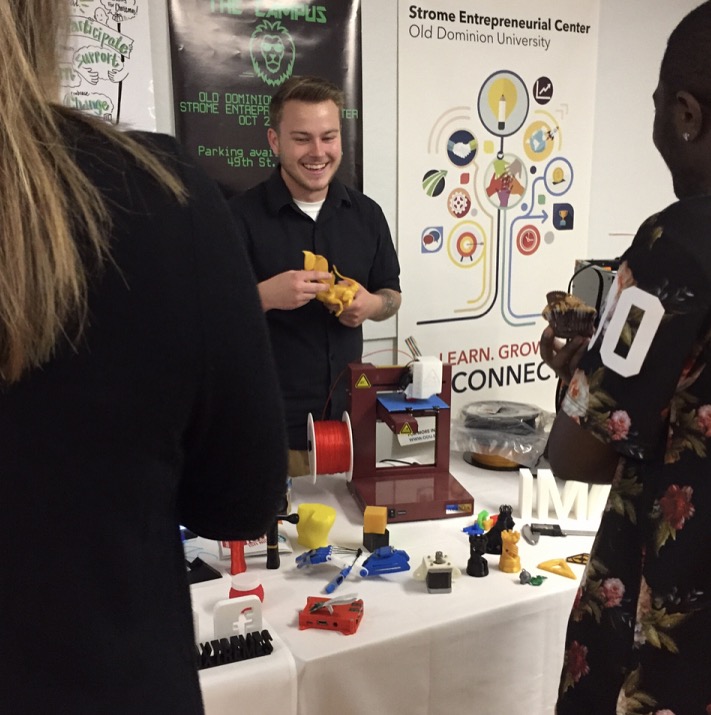 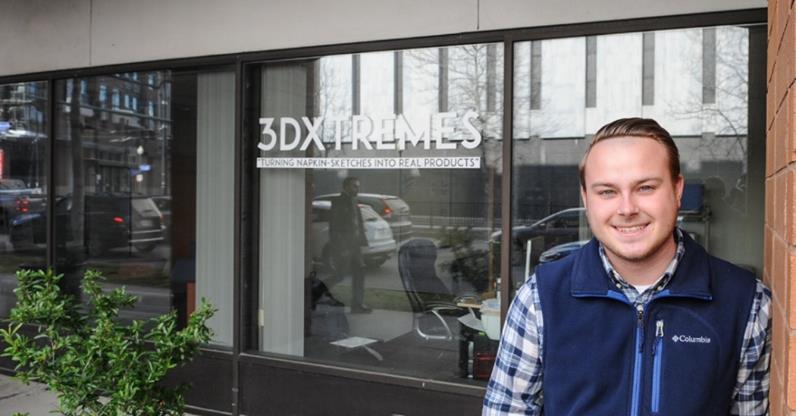 With commercial, business-to-business transactions, organizations will often approach 3DXtremes with a specific product need. Whether they desire a certain hardware piece or physical component that may be discontinued or must be customized to suit a precise part, 3DXtremes will develop prototypes of the piece and then can move into manufacturing components. They can also print with numerous materials, from nylons to standard plastics to urethane rubbers.

Recently the business was able to recreate and restore teal medallion-shaped ornamentations that had fallen off of the façade of the historic Monticello Arcade built in 1907 in Downtown Norfolk. 3DXtremes used 3D scanning on the original pieces still found on the building composed of stamped sheet metal, created a digital Computer Aided Design (CAD) model to make adjustments to the pieces and printed 3D designs and customized molds. These materials, consisting of rigid engineered plastic, replace the building’s former pieces while restoring the arcade’s splendor.

3DXtremes helps inventors plan the concept of the project, from the design work to the physical prototyping and ultimately the production they need. They keep the inventor involved in the development of their concept as the project progresses, taking what they’ve envisioned and making it into a reality.

Book Review: Brass Ovaries Own Yours